A foot controller for your DAW? Well it might just get you all foot-loose and hands-free. Andy Jones enjoys a game of footsie and asks ‘is it a winner’? Price £199 Contact Nektar | www.nektartech.com Pacer main features: USB-powered footswitch controller 24 presets 2 read only presets for DAW track and transport controls Controls specific […] 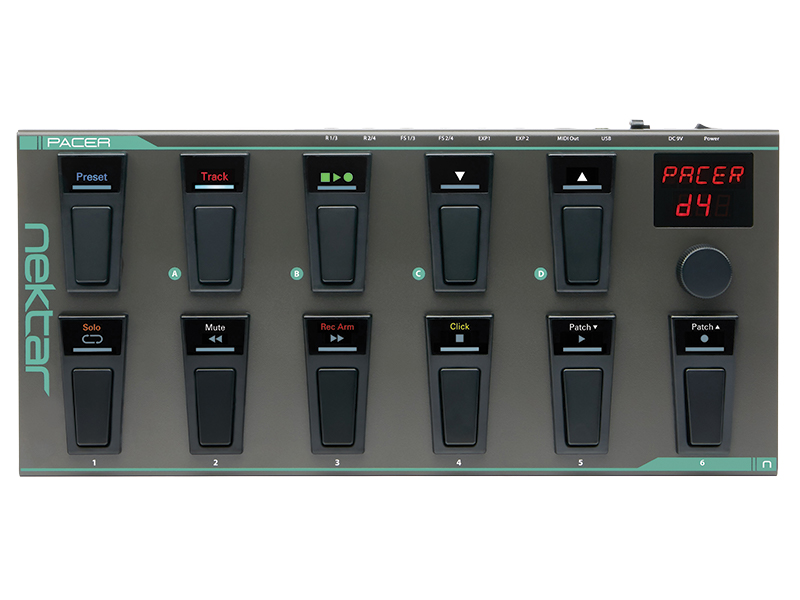 A foot controller for your DAW? Well it might just get you all foot-loose and hands-free. Andy Jones enjoys a game of footsie and asks ‘is it a winner’?

Nektar might just have just played a blinder with Pacer. This is a young-ish company renowned for its MIDI controllers and keyboards. They can sometimes be a little difficult to get started with, but those who persist with them, stay with them forever. Many a DAW owner – Reason users, in particular – whisper in hushed tones about their Nektars and rightly so, as they have had consistently great reviews in this very magazine.

Pacer, however, is a bit of a curve ball and takes the concept of MIDI control up a few notches, or down really, as you’ll have it at your feet. You might think pedal controllers like these are purely the domain of the guitarist and that a MIDI controller in this vein would be aimed at just those players who want to, for example, control MIDI parameters on effects pedals and the like. And yes, it is aimed at those but the thinking is: guitar players use DAWs too, so why shouldn’t they have specific DAW control too?

So what we have here is a DAW controller for guitarists, or anyone else who needs hands-free control. Personally, I’m thinking ‘have pint, control DAW…’, but that might just be me…

Pacer is designed for a multitude of control purposes. It comes with 24 presets to control very specific pieces of gear – Line 6’s Helix is well served as is the Kemper profiling amp, Fractal Audio’s Axe FX and Elektron’s Octatrack. Some esoteric pieces, I think you’ll agree, but also some great pieces of guitar gear. Pacer is also all about DAW control, as I’ll demonstrate, but you can go much deeper and configure it for just about any MIDI task that you like.

The unit is very solid, reassuringly heavy and very well built, as you’d hope for something that is going to see live and studio use. There are 11 foot switches on the front panel plus an encoder, which is used for deeper editing or feature selection. The top left switch is for engaging the Preset Mode to access one of the presets. You press and hold it to access these, via four banks (the switches to the right of it) and six number switches (below) or use the encoder for the same job – your choice. The encoder also gets you access to some global features such as saving, editing the MIDI data on each switch and so on.

Around the back are inputs for two expression pedals, up to four external foot switches and four Relay outs that can be used for controlling things such as external amplifier effect settings.

As well as controlling your DAW or MIDI gear, Pacer has a lot of uses on the road. Within a preset, up to six MIDI messages per switch can be programmed to fire out simultaneously or separately to control external hardware in any way you like. You could, for example, use this to switch an external expression pedal between controlling the filter and resonance of a synth. (Indeed there are a couple of great videos showing just how you can integrate Nektar with an OB-6 on the Nektar website.)

Also, when you dial up a preset, up to 16 different MIDI messages can be fired out so that you could, for example, use a preset on Pacer to switch between different song set-ups in a live rig. On top of that, you could even set the unit up so that it plays different notes from the different switches, like some kind of large ‘footboard’, if you like! However, for the purposes of this review I’m focusing on Pacer’s DAW control – and this is where it gets good!

Initially, Pacer is set up in Mackie Control Universal mode and while this might control certain aspects of your DAW, you’ll get a fuller experience with your specific DAW by downloading and running Nektar’s DAW integration software. This might sound like a bit of a faff, but having reviewed so many controllers in my time, there is invariably some set-up time needed, and actually it was pretty straightforward – a quick download, run the app and I had it working perfectly with Logic in about ten minutes.

What have we been doing with our feet all this time?

Once up and running you’ll find Pacer a joy to use. It’s logical and becomes second nature to use very quickly. The Track switch (second from top left) is for controlling sequencer track parameters like mute, solo and record-arm. Up-down arrows take you through each track and there are Patch switches to select sounds. Then hit the Transport switch next to the Track switch and all the pedals change very cooly to show Play, Stop, Loop and Record icons so you are ready to go left and right and record. It’s very simple stuff.

Pacer works, simple as that. I was stepping through tracks, selecting different instruments via the Patch up and Patch down switches, arming, muting and doing loads of stuff I’d normally do with an awkward mouse click, in no time at all… and with my feet! It made me wonder why no one has made a foot controller with such out and out DAW functionality before. There are other footswitch controllers out there (see below) but few put the DAW to the fore like this.

Pacer is obviously going to appeal to guitarists, in particular. Recording different takes on different tracks, setting up effects, controlling levels via optional pedal inputs, can all be done so simply, that it will revolutionise the way they record with their DAWs. But even if you don’t use an instrument like the guitar, I could see you incorporating Pacer into your studio workflow. It’s like having an extra pair of hands, or at least freeing up your existing ones to do something else!

You can also go a lot deeper with Pacer than I have so far. It’s a breeze to use as a DAW controller, yes, but also to change the configuration of each switch. You do this in the Control Edit menu – selected with the main encoder – which you then press to make your edits. You then select the switch that you want to edit, and then step through Setup, Steps, Type, CC and other menu options to select what the switch does, how it does it and to what type of MIDI event. It’s comprehensive stuff and you can change everything from the LED colour of a switch to how each fires out its data – like those bursts of up to six MIDI messages I talked about earlier.

Pacer has been a complete surprise, not least that it’s made me realise I’ve not made full use of my limbs for making music up until this point! It’s probably the most amount of fun you’ll have with a MIDI controller and its uses are wide, varied and many. I haven’t touched much on its live use, I realise, but I know people who take a lot of gear out live and this could be a game changer for them as simply loading a preset up could set an entire MIDI rig up at the flick of a foot.

It’s the DAW control that is the biggest surprise, though. I like the fact that you only lift your foot to change the Track/Transport controls so can rest both feet in front of the unit for comfortable two-feet operation. Now there’s a sentence I never thought I’d ever write, and controlling my DAW with my feet was something I never thought I’d do, but now I’ve got a taste for it, I think I’m going to miss Pacer when it’s returned to Nektar. So guitarists and DAW users rejoice, something is afoot in your music production world and Pacer could be what your feet have been waiting for.

Do you need foot control? That is really the question. Having used Pacer I would say that all guitarists certainly do need it as it offers versatility and empowerment in both the studio and the live arena. The extra hands-free control it gives you enables you to focus on the important part of the recording, which is the playing. As for the rest of us, no you absolutely don’t need foot control for music production in the DAW environment, but if you decide to give it a go, then you may very well end up wondering how you got away without it for so long. 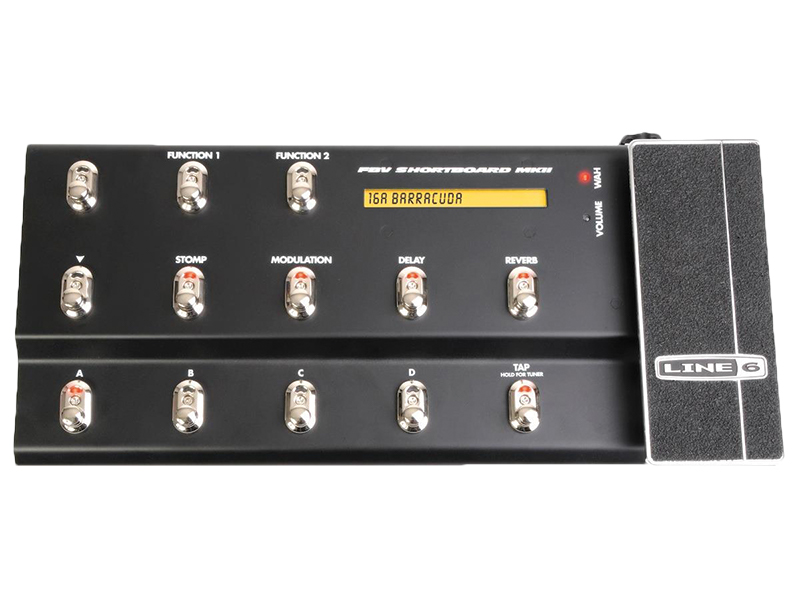 There are other footswitch controllers out there, of course. This USB controller from Line6 boasts some DAW control and gear presets, although its focus is not so much on transport and track controls like the Pacer. 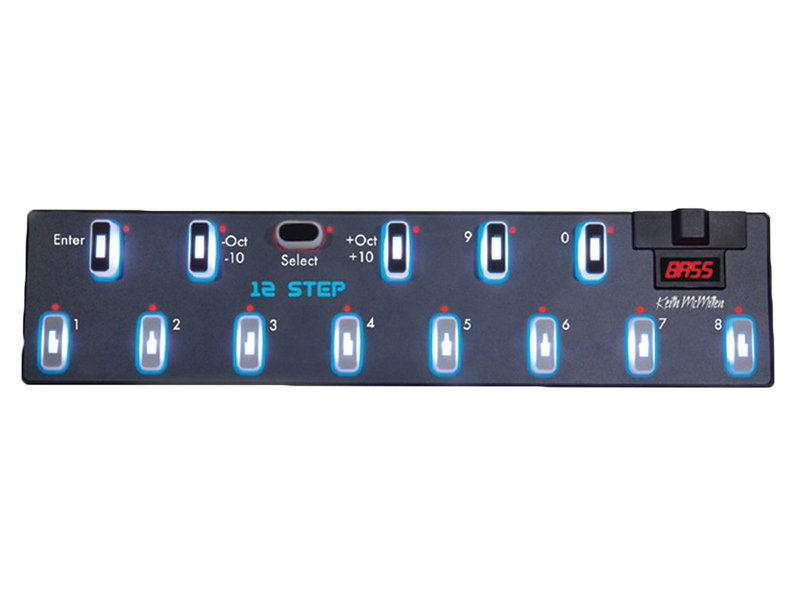 You can always rely on good old Keith to come up with something a bit different. This one is more about live playing and triggering so musicians can accompany themselves one-person band style.