If you want to enter the world of Maschine but like to work on the move, NI have just the thing. Hollin Jones checks out iMaschine 1.1. Details Price £2.99 Contact Via native-instruments.com Minimum system requirements iOS 6.0 or later. Compatible with iPhone, iPad and iPod Touch (app optimised for iPhone 5). Amazon.co.uk Widgets NI is now […] 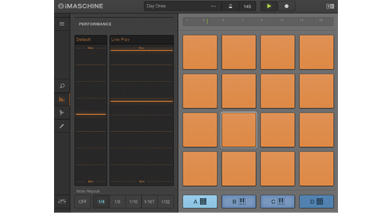 If you want to enter the world of Maschine but like to work on the move, NI have just the thing. Hollin Jones checks out iMaschine 1.1. 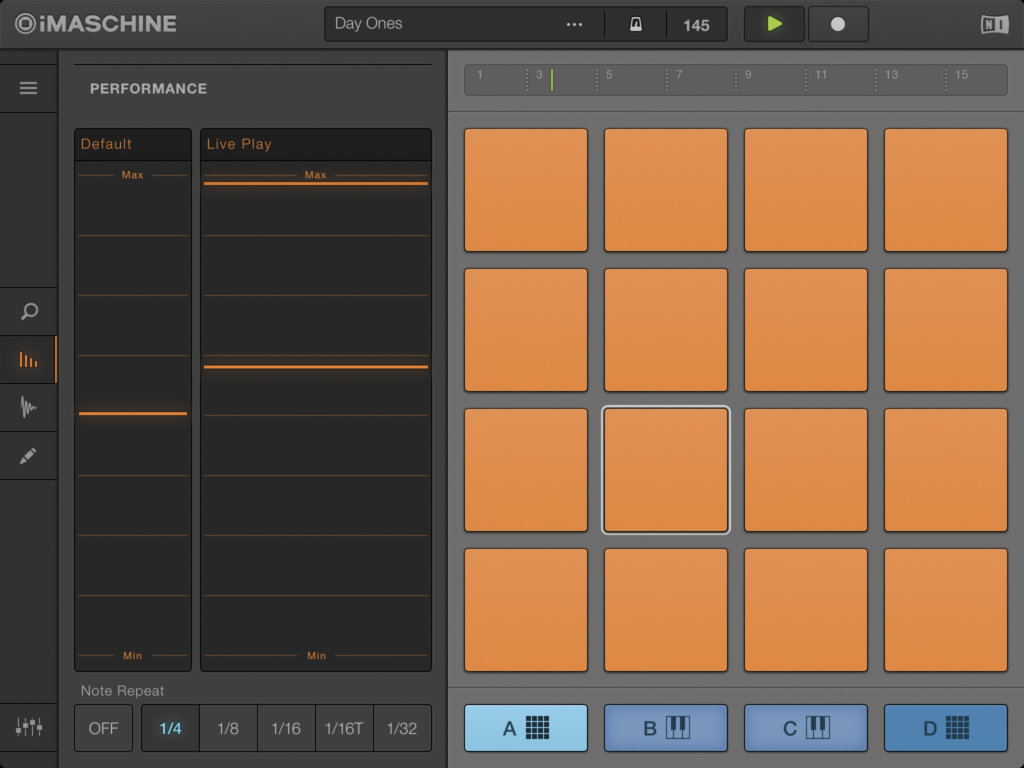 NI is now well and truly one of the leading developers of iOS as well as desktop music apps, and thanks to its size and depth of expertise it’s generally able to link up its mobile, desktop and hardware products to provide the kind of seamless user experience that most developers can’t yet achieve.

The iMaschine 1.1 update, NI’s latest release, finally brings universality to the app, meaning it works on iPhone, iPod Touch and now iPad as well. It’s functionally identical across the platforms so the feature set is the same, even if the layout differs slightly. On the smaller screen it’s optimised for one-handed operation, and on iPad for two. Helpfully, buying once enables you to download both versions, so your very small investment of under three quid goes even further.

Although billed as a ‘groove sketchpad’ iMaschine has more features than you might imagine, and some new stuff has been added in this latest update. At its heart is a four-slot sequencer with each slot able to hold a keyboard instrument, pad controller or an audio recorder, and you can mix and match these in whatever combination you like. It comes with some sample-based instruments, including the Quantum Collection, and you can add more preset bundles of sounds for as little as 69p each as well as sampling your own.

Recording is really straightforward, and after setting a tempo and activating the metronome you can set the number of bars in your pattern and record. The pads and keys behave as you’d expect and the audio recorder module has a handy gate feature so you don’t pick up lots of background noise. It works through your device’s built-in audio hardware, or you can add one of the increasing number of audio I/O boxes on the market that has iOS compatibility if you want to hook up a proper mic or a MIDI controller. 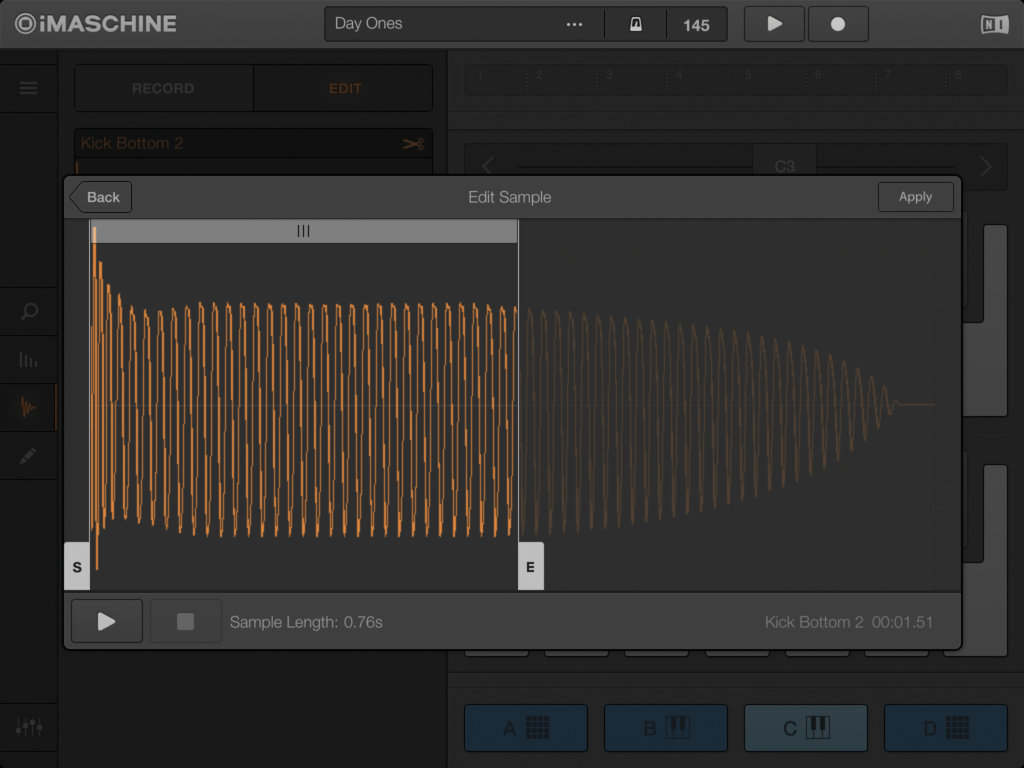 It’s able to load samples that you bring yourself by importing via iTunes’ file sharing section, or from your iTunes library on the device itself (though iTunes Match isn’t supported unless you physically download a track first, as with pretty much every iOS app). The sample editing features are nice, though, and you can choose a section of a track to import and trim it down, and this is then sliced across the pads to make it playable.

As ever with NI there are some nifty performance techniques available. In the Performance window you can set the default volume of any pad or sound as well as using the Live Play slider to alter the velocity of any hit in real time, and this is recorded as part of the pattern. By tapping the Note Repeat buttons you can create repeats at different resolutions and also flip between these while recording to create much more intricate and interesting patterns. Undoing or redoing your last step is as easy as swiping, and in Pattern Edit you can clear whole sections, add mutes and move between history states. There’s no actual note access but it is still intuitive to use. 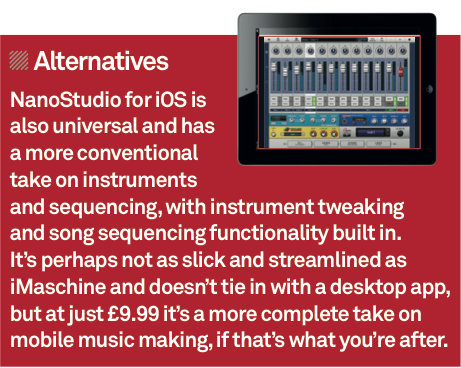 You can edit the supplied samples too, trimming and altering pitch, gain and pan and making them one-shot, and using choke and gain controls where applicable. Tap into the mixer and you’ll find four faders with levels and mute controls, and the ability to route each channel through one of two master effects slots. There’s a range of DJ-style effects to choose from with a dry/wet setting and an X/Y control pad, which is really fun to use. You’re slightly limited by only being able to use the two effect slots for all four channels, but perhaps this will change in the future.

You can save projects and when you’re done you have several options. You can export the raw project complete with audio files back to your desktop to keep working on it in the main Maschine software, and projects are also transferable between iMaschine on different devices. You can also export a mixdown to SoundCloud. 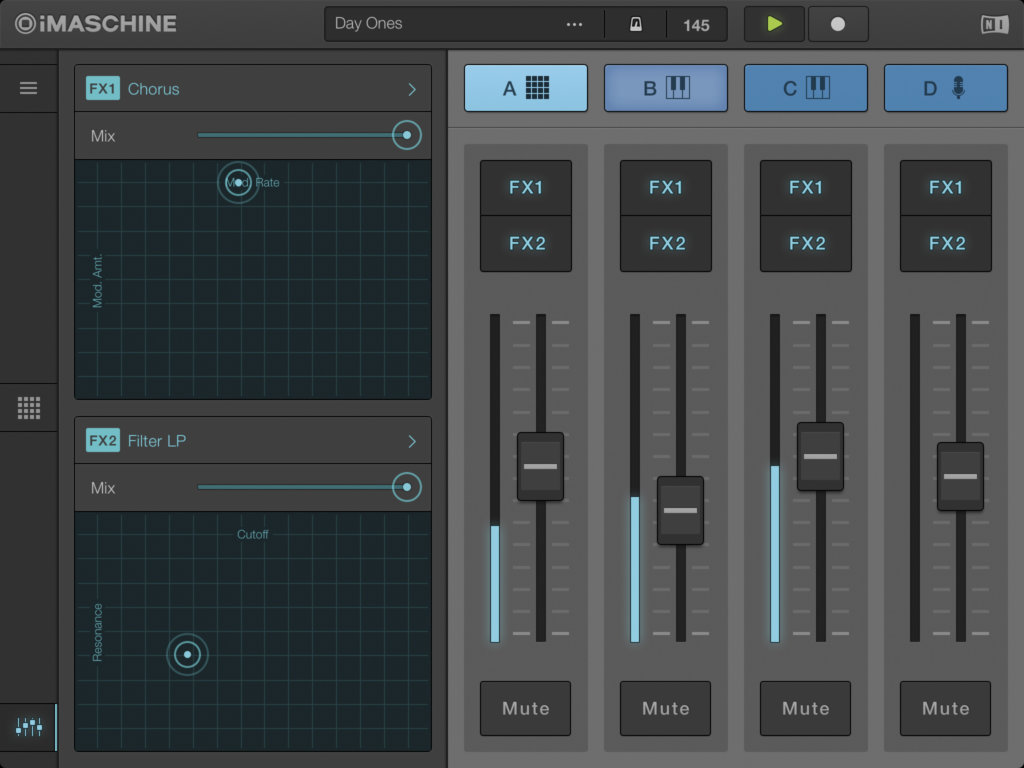 This version of iMaschine is loads of fun to use and perfect for all kinds of electronic music, hip-hop and similar styles. The addition of iTunes sampling, new effects pads and universality for iPad are welcome, and though you can’t build up songs as such, this is billed as a ‘sketchpad’, designed to let you work on ideas on the go and then expand on them later back in the studio.
I wouldn’t be surprised to see NI add some kind of song sequencing facility in future, but for now this is a great little musical tool and at that price it’s surely worth a punt. 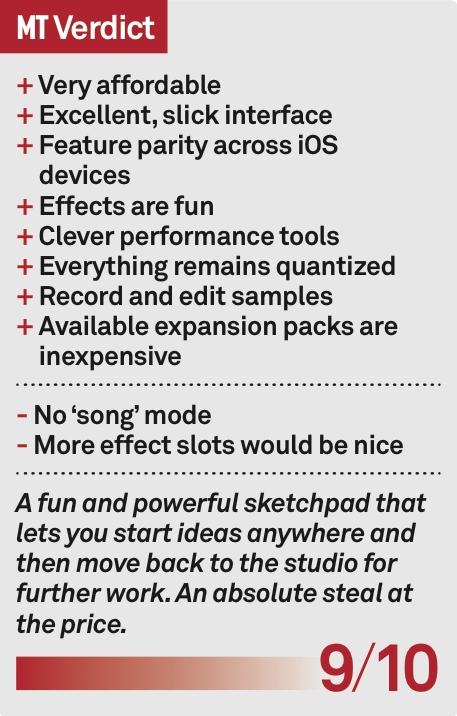