Getting a brass ensemble into your studio is a bit of a hassle, so what to do when scoring? Hollin Jones checks out NI’s Brass Collection. Details Price Brass Ensemble £339 Brass Solo £249 Bundle £429 Distributor Native Instruments Contact Via website Web www.native-instruments.com System Requirements Kontakt 5 or Kontakt Player 5 Mac OS X 10.8, […] 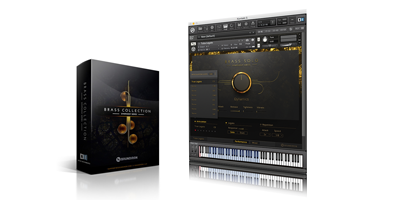 Getting a brass ensemble into your studio is a bit of a hassle, so what to do when scoring? Hollin Jones checks out NI’s Brass Collection. 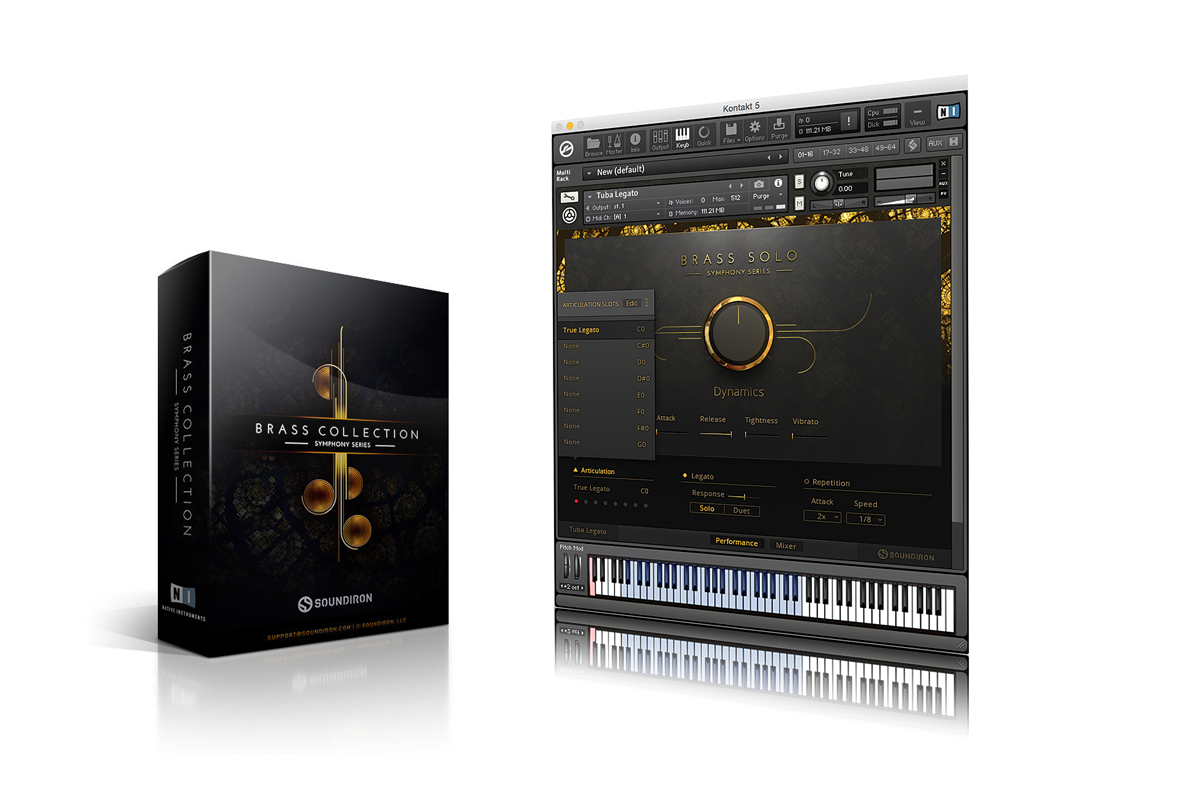 Native Instruments’ Kontakt architecture powers some of the world’s best virtual instruments and the German company produces a fair amount of content under its own banner too, often in collaboration with smaller sound design teams. In the case of the Brass Collection, it’s Soundiron that has contributed expertise to the instruments.

Like most of its type, the collection runs in Kontakt and also in the free Kontakt Player application if you don’t happen to own the full version.

It’s a hefty download, the two instruments weighing in at almost 50GB to download and decompressing to almost 70GB once installed, so offloading to a dedicated sample drive is a good idea. There are actually two instruments you can buy individually or together for a discount. The first and larger instrument is Brass Ensemble. 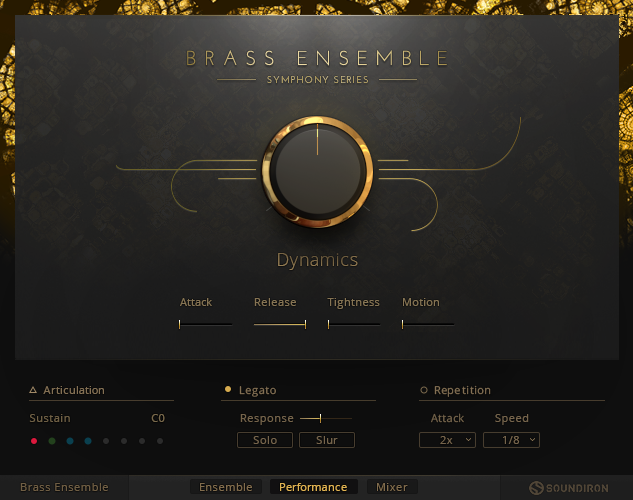 This has four full brass sections: trumpets, horns, trombones and tubas, and over 100 articulations. When you’re using ‘real’ instruments that have been sampled and reproduced digitally, it’s not sound quality that’s the hardest to get right but the playability.

Playing a MIDI keyboard and playing a tuba are utterly different styles, so the challenge is in translating brass instruments (or guitars, strings and so on) into a format that sounds believable on a computer.

Being Articulate
As ever, NI achieves this by using articulations, the system whereby some MIDI keys trigger notes and others are used as modifiers to alter the articulation, the way in which that sound is played.

So with one modifier key held, the notes may bend as they come in. With another, they may play legato and sustain for a long time. The third makes them staccato and so on. This is much better than trying to use imperfect solutions such as the pitch bend control to achieve realistic playing.

Each set of instruments has various sub-categories for playing styles and ‘effects’, which often trigger short sequences rather than individual notes. These can include runs, trills and other percussive melodies that would be hard to play on a keyboard. Both collections were recorded at Saint Paul’s Church in San Francisco with a 32-piece brass ensemble.

The sound quality is flawless but there are controls in the beautifully-designed interface to help you make them your own.

Take Control
In the centre of the interface is a large Dynamics knob that varies the intensity of the volume and insistence of the sound, and under it are four sliders that are essentially ADSR controls.

Moving down, by clicking on the Articulation assign window you can edit the articulation slots to modify which keys control which types of articulation. There’s a legato response control with solo or duet modes and a repeat button that can be tweaked to deliver controlled repeats when a note is held. 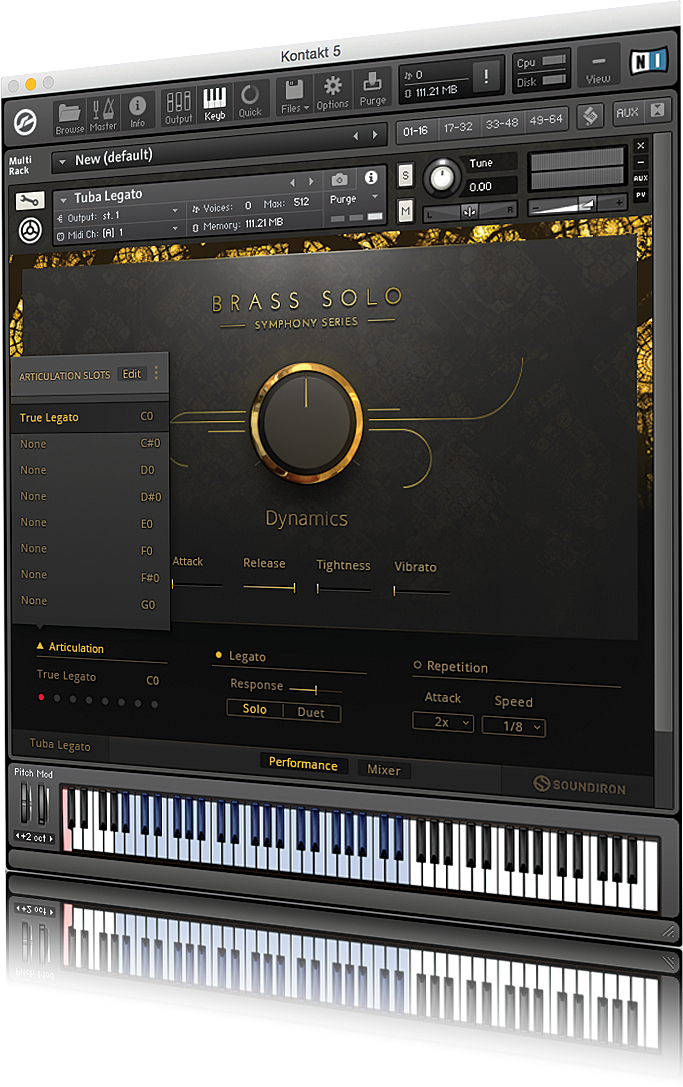 Click through to the Mixer section and you can activate up to four sets of microphones : stereo, close, mid and far, and choose a level for each one. So it’s possible to precisely control the amount of room ambience present in the sound.

With all the mics active the horns sound huge, although you can of course use as much or as little as you like. Moving down there are four effects each with controls: EQ, reverb, compression and filtering, so you can process the signal internally with ease.

Going Solo
The Brass Solo instrument has the same design, except it contains solo instruments. You get 30 individual NKIs, 120 articulations and the same four mic options as in Ensemble. Since the instruments here are solo they are by definition a little more subdued and better suited to more nuanced parts, although there’s still plenty of character.

And it’s possible to build up solo parts into ensemble parts using multiple instances and clever MIDI programming if you desire. The solo instruments tend to respond a little more sympathetically to MIDI keyboard input too, since in real life, trumpets, trombones and the like only play one note at a time.

These two instruments would make a formidable addition to the tool kit of any composer, with Ensemble in particular capable of huge, stirring and epic orchestral soundscapes. The solo instruments sound amazing too, more atmospheric and introspective.

They’re also good for regular music production, for adding an orchestral layer to rock or pop, although it’s probably for scoring that they are most perfectly suited, as a quick blast of the online audio demos should reveal 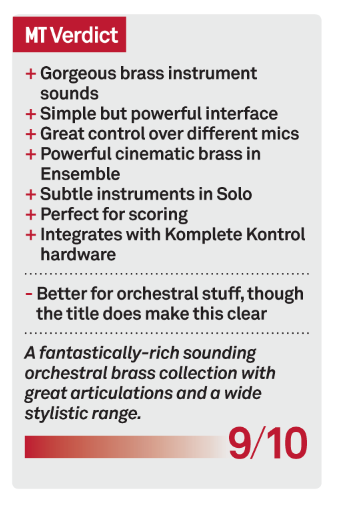