In this review, we take a look at the latest Midi clock to come through our door, the aptly named Midiclock… Manufacturer E-RM Price £169 Contact info@midiclock.de Web www.e-rm.de Amazon.co.uk Widgets With the recent resurgence of instrument hardware in the studio and on stage, an inherent desire to incorporate this type of gear with a laptop performance workflow has […] 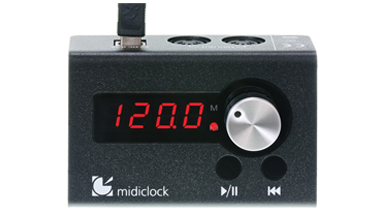 In this review, we take a look at the latest Midi clock to come through our door, the aptly named Midiclock… 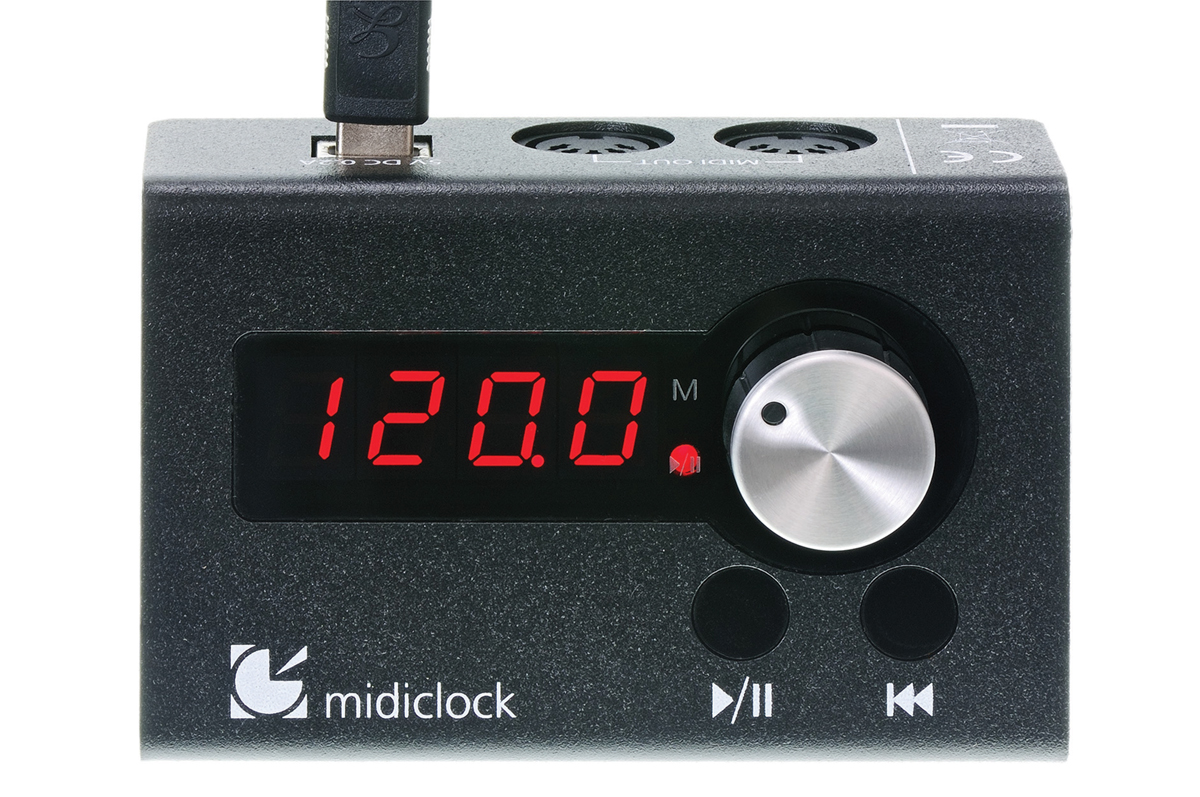 With the recent resurgence of instrument hardware in the studio and on stage, an inherent desire to incorporate this type of gear with a laptop performance workflow has arisen. When it comes to anything that has its own sequencer on board, or is a sequencer itself, the topic of synchronisation is a hot one.

Though software can output MIDI clock to sync various other devices to a laptop, the jury is still out on the stability of software MIDI clocks due to something called MIDI clock jitter.

Unlike latency amounts where the delay is constant, jitter is when evenly spaced events or notes from a steady clock signal turn into random ones, which can cause all types of timing issues. Jitter is extremely unsettling for a musician as the inconsistent timing and unpredictable changes from event to event can make it sometimes impossible to work or play with. Jitter can be reduced using MIDI event time-stamping, but not all DAWs or MIDI drivers use this feature. This is where the midiclock comes in. 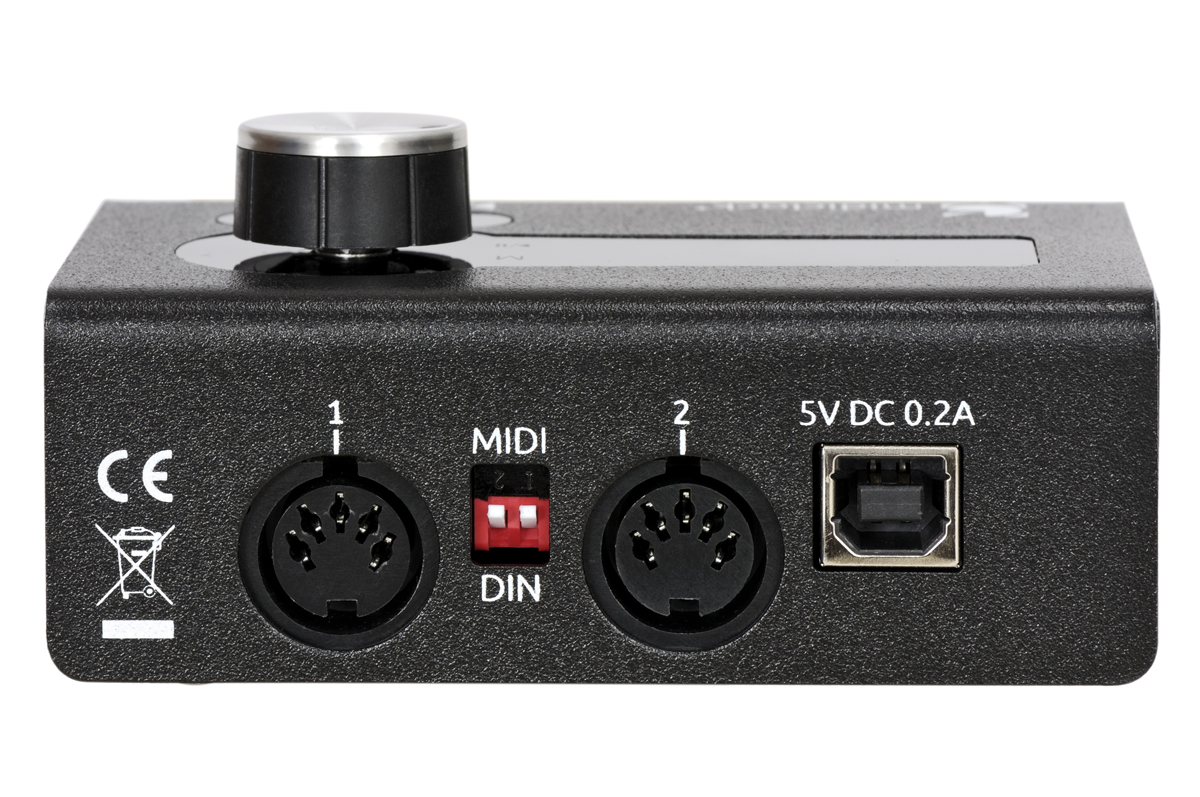 The midiclock is a small and compact unit that produces a very accurate and stable MIDI clock – reducing MIDI clock jitter from milliseconds to nanoseconds. With two five-pin DIN MIDI outs, the clock can be distributed to two destinations with a possibility of more by using a standard MIDI THRU box.

Synchronisation is started and stopped with one button and there is also an incredibly useful ‘Resync’ button that provides the option to correct any drifting device on the fly without having to stop the clock. Two modes called Normal and Live can set the desired BPM.

Just the turn the dial to choose the BPM in Normal mode, then push down to select and switch to the new BPM – great for punching in a fixed tempo change. Live enables you to change the BPM continuously on the fly with all your devices flawlessly marching in sync, so you can create gradual tempo changes over time. 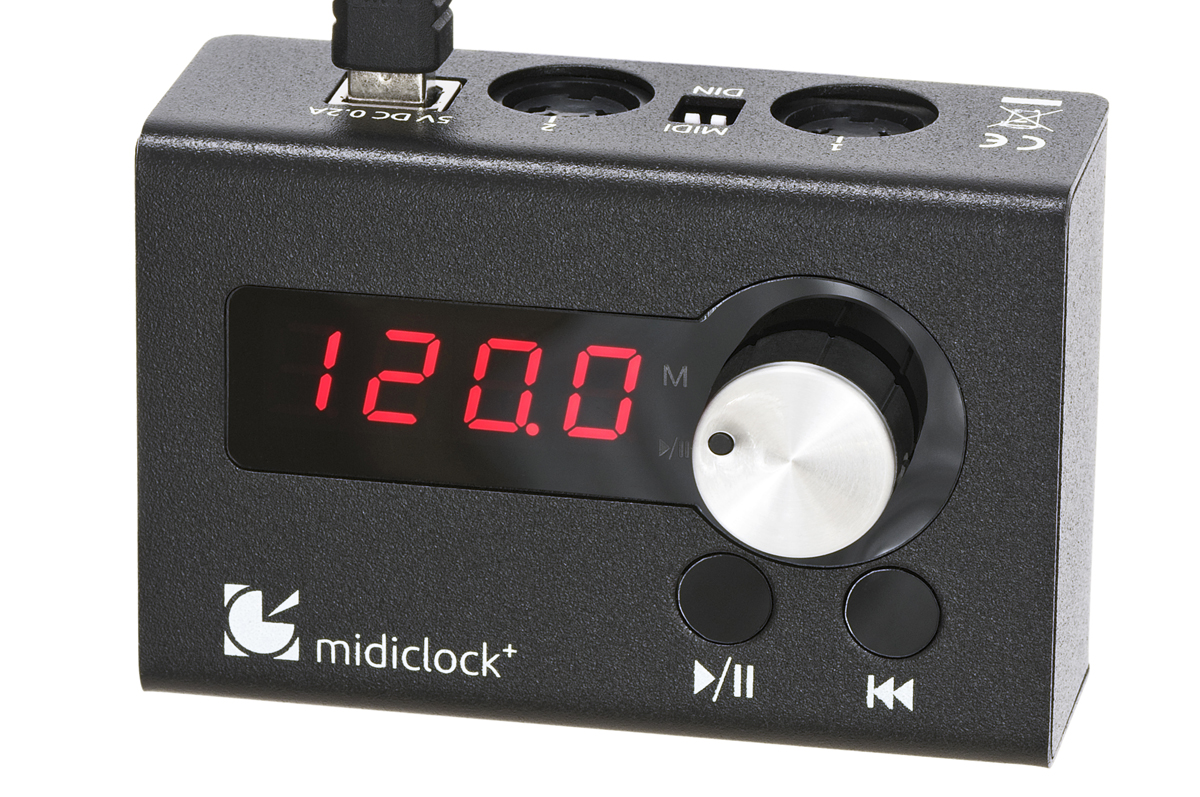 We tested the unit using the arpeggiators of a Bass Station II, Virus TI Polar, a Korg Volca Keys pattern sequencer, Bass Bot TT and two laptops running Ableton Live 9 – everything kept beautifully in sync, which isn’t the case when trying to sync directly from software. 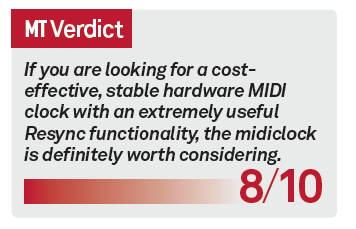 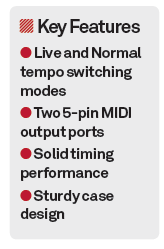