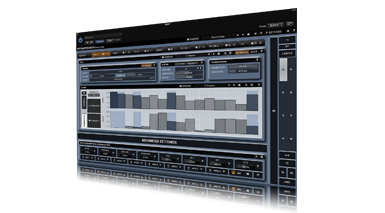 Melda has a reputation for making great effects, but how does its first fully fledged synth sound? Hollin Jones road tests MPowerSynth… 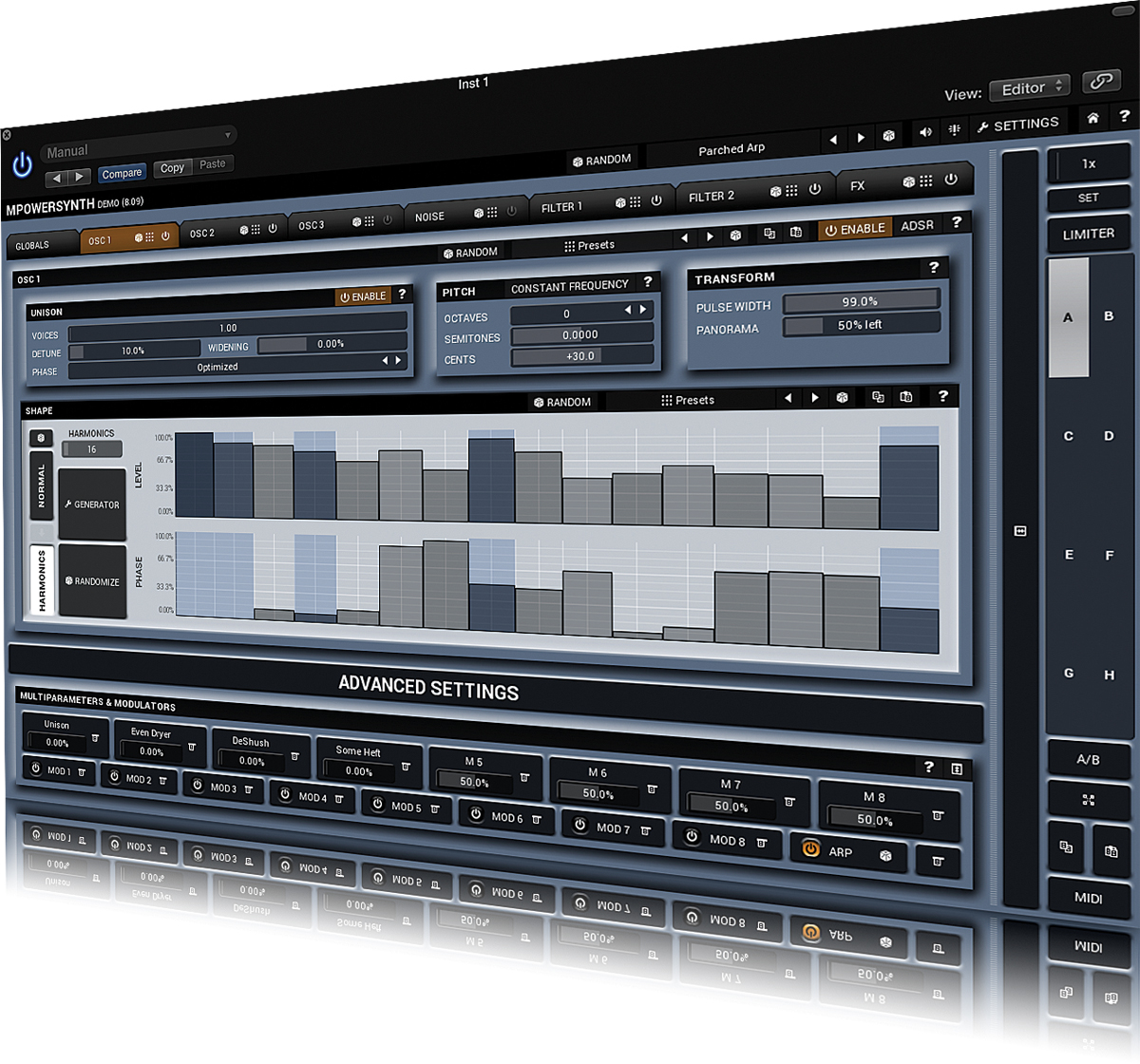 MeldaProduction makes a huge range of effect plug-ins, and now it has used its experience making audio processors to produce MPowerSynth, its first synthesizer. It comes in all major formats for Mac and PC, and there’s a free trial version. It also shares the free-for-life updates of other Melda stuff.

Get Busy
MPowerSynth has an advanced interface with a ton of functionality. Sections and controls are arranged thoughtfully so that you’ll get to know your way around in no time. The look is the same, slightly clinical appearance of its siblings – and with so many different sections it can feel more like you’re using a whole app than a synth. As usual it’s possible to heavily customize the appearance of the plug-in using its preferences.

There are three oscillators, including multiple wave shapes or harmonic generation, the ability to load your own samples to use as the basis of sound generation plus the option to manipulate the shape. Inside the synth there are randomizer buttons which you can use to generate new shapes for inspiration. These appear at various levels, so it’s possible to randomize the whole thing at once, or just the settings for one filter, and everything in-between. It’s a nice touch that means you can make subtle changes easily. 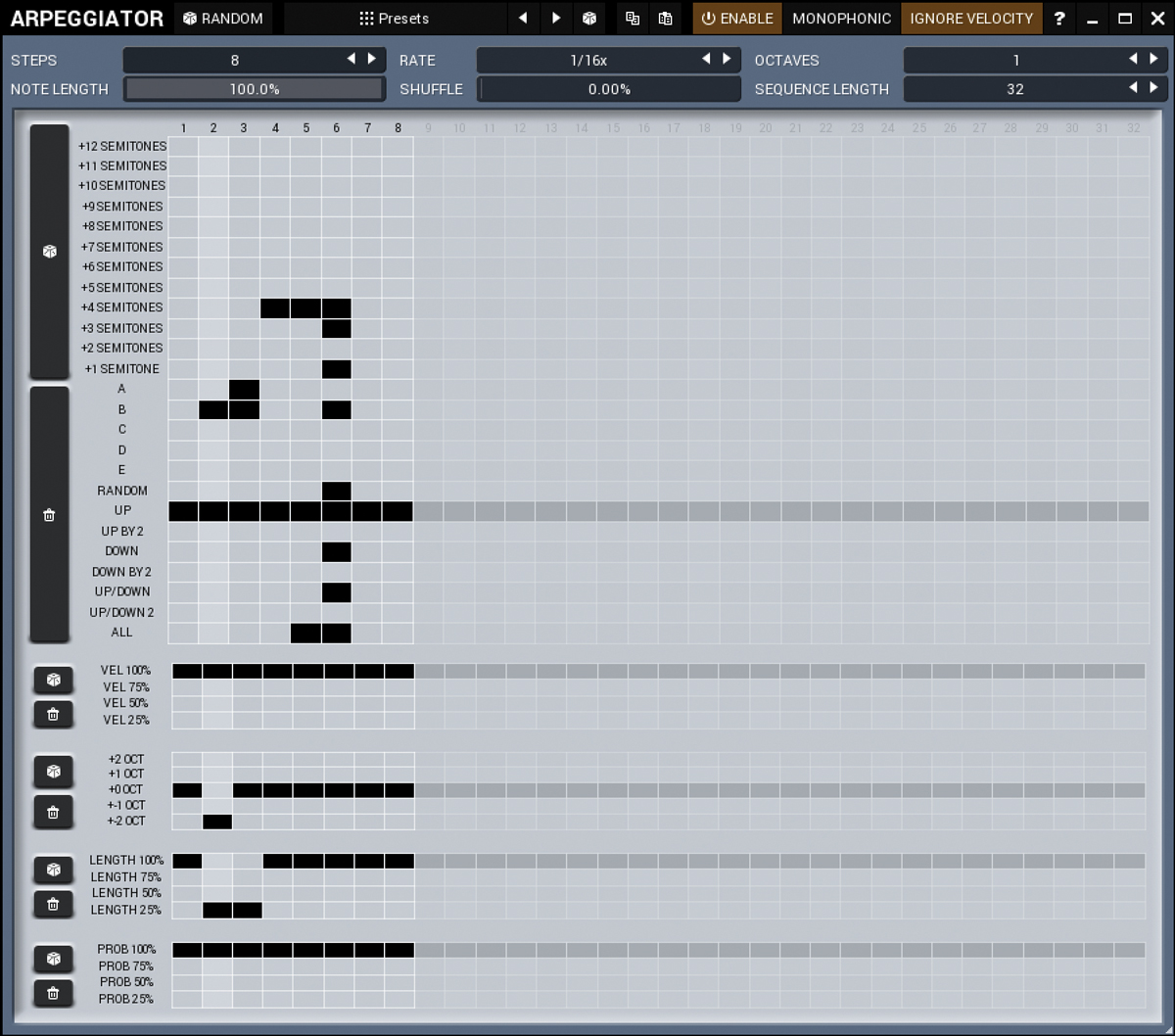 Start a Tab
Most of the sound sections are managed by tabs running along the top. As well as a global ADSR section you’ll find two filter sections with a choice of over 100 filter types and a noise section, all with lots of fine detailed controls.

To the far right is an advanced FX section. A grid matrix lets you load up multiple effects. This is immensely powerful and reminiscent of modular synth systems such as Reaktor, albeit on a more manageable scale. There are also utilities and ‘building blocks’ that can be introduced to create specific routings. Each effect has adjustable settings of its own, and of course there’s randomization options at all levels too.

Along the base is a row of eight modulators, assignable to pretty much anything using LFO, envelope or random generators. Click on any one to open its control section – MIDI learn is fully supported here too. There’s a polyphonic arpeggiator in the bottom right hand corner, with a wide array of controls including type, velocity, octave, length and probability. Draw notes in with the mouse, choose a preset or randomize it. You can add a limiter to the output, control oversampling and A/B a preset as well as storing and flipping between up to eight different sounds per instance. 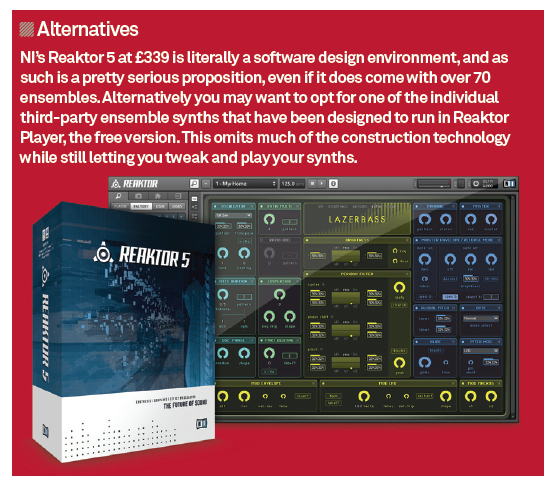 There are 1500 presets grouped into categories. Each one has at least four macro controls assigned to standard MIDI controllers, and you can import more of your own. The presets cover a wide range of sounds from deep basses through spiky keys, warm atmospheres and scary sequences. The sequences are particularly cool thanks to the arpeggiator which is able to generate useable patterns, and you can modify these or randomize new ones.

Power Up
MPowerSynth lives up to the ‘power’ part of its name. There’s a vast depth of programming and editing capacity here: every section has detailed and almost infinitely tweakable controls. To get the most out of it you’ll need to spend some time digging around, and if you don’t know much about synthesis you’ll learn a lot in the process. That’s not to say it’s only for experts: beginners and intermediate users will find much to like as well. It’s a serious synth that rewards some investment of effort, but crucially it sounds great. 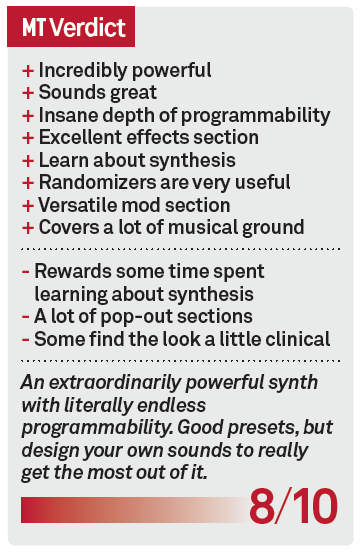