This ROMpler-style instrument gives you cheap and easy access to the Gallic genius of Jean-Michel Jarre. 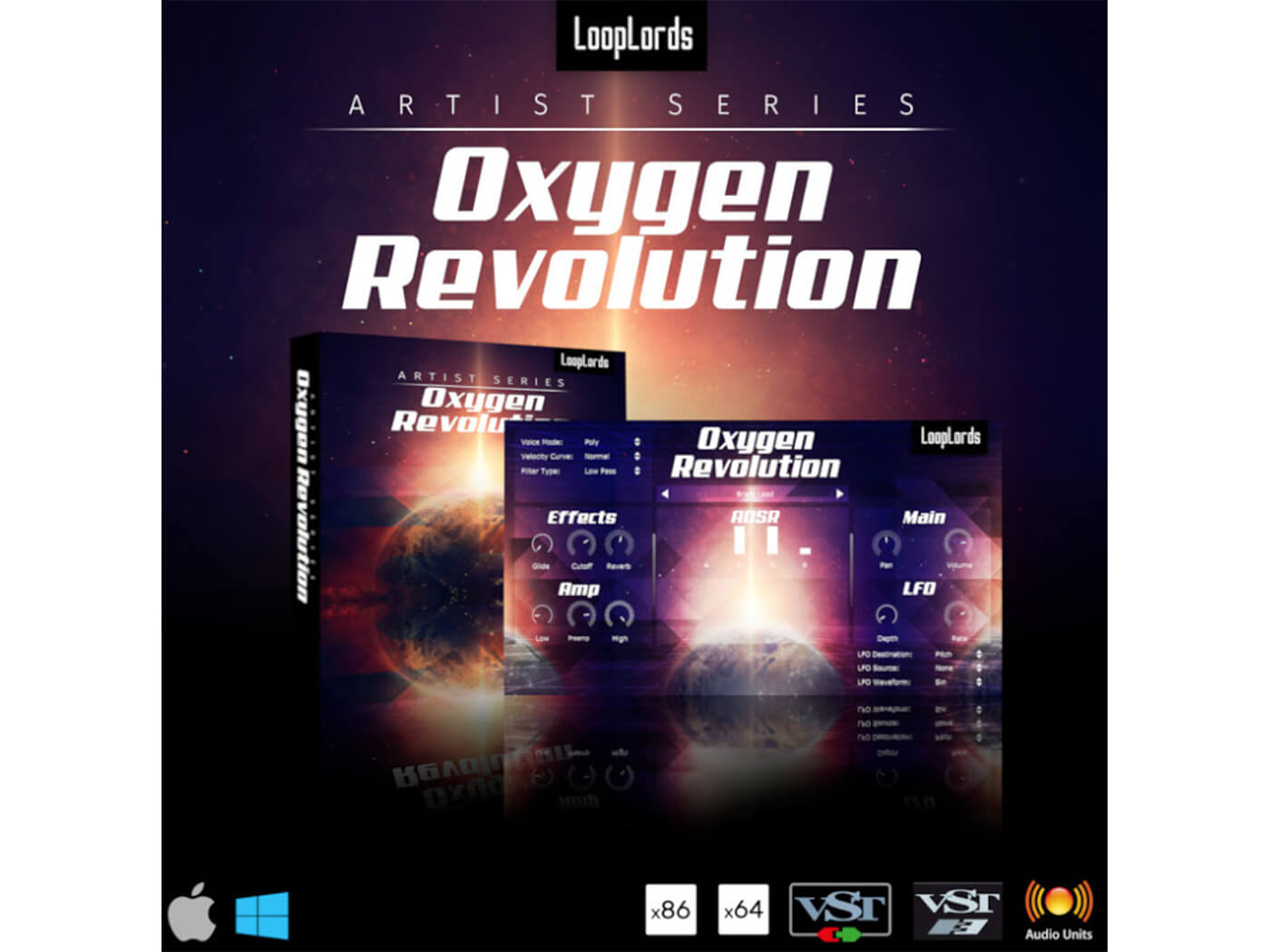 LoopLords continues to tap into our minds and musical tastes with its latest ROMpler-type instrument. We’ve had Modalities (inspired by Depeche Mode), Kraft Sounds (for a touch of Kraftwerk), and Replikator (delivering some Blade Runner sounds to die for). Now we have Oxygen Revolution, another plug-in that treads a path through our synth-laden childhood with a dose of sounds inspired by none other than the legendary French electronic composer, Jean-Michel Jarre.

For less than 30 bucks, you get to choose which format to download and then after a 3.34GB download, it’s an easy install – and a case of running Oxygen Revolution just as you would any standard plug-in.

As is often the case with these LoopLords plug-ins, there could be more on the front panel for tweaking the sounds. But then you have to look at the price; it’s so low that you could pay that for a bunch of samples. With all of that content and all the sounds nicely organised for you within an easy-to-use plug-in, it seems rather churlish to ask for more control over them. Besides, Oxygen Revolution does offer a little more than other LoopLords plug-ins (certainly more than Modalities).

There’s a useful, basic LFO section with four sources and destinations and five waveforms. There’s also a dose of reverb, which adds a lovely warmth to the analogue based sounds. A low- and high-pass filter adds a huge amount of flexibility, especially useful if you want to recreate more of those sweeping and dynamic Jarre arpeggiations.

As to the included sounds, well, there are plenty of pads, leads, bass sounds… loads
of analogue-synth sounds, basically – as you would expect – and the quality is right up there. It’s laid out in track and album formats so if, like us, you’re a fan, you will find yourself geeking out trying to recognise leads and strings.

Oxygen Revolution certainly fulfils the brief, as all LoopLords’ very specific offerings do. We’re not really in the game of trying to recreate artists’ music – or indeed encouraging you to – so you might feel it’s just a little too specific. But there is enough quality content here to cover much wider brief than just Jarre, especially with the additional sonic flexibility offered by those UI controls. And (again!) for just $29? Oui, s’il vous plaît!