Now here’s a novel idea, but you may want to get in there quick to take advantage of it… Manufacturer GoPro Price £359.99 Contact 44-20-70849725 Web http://gopro.com Amazon.co.uk Widgets GoPro cameras have quickly made a name as the ‘go anywhere’ HD camera system – you’ll find them strapped on all sorts of sports equipment and […] 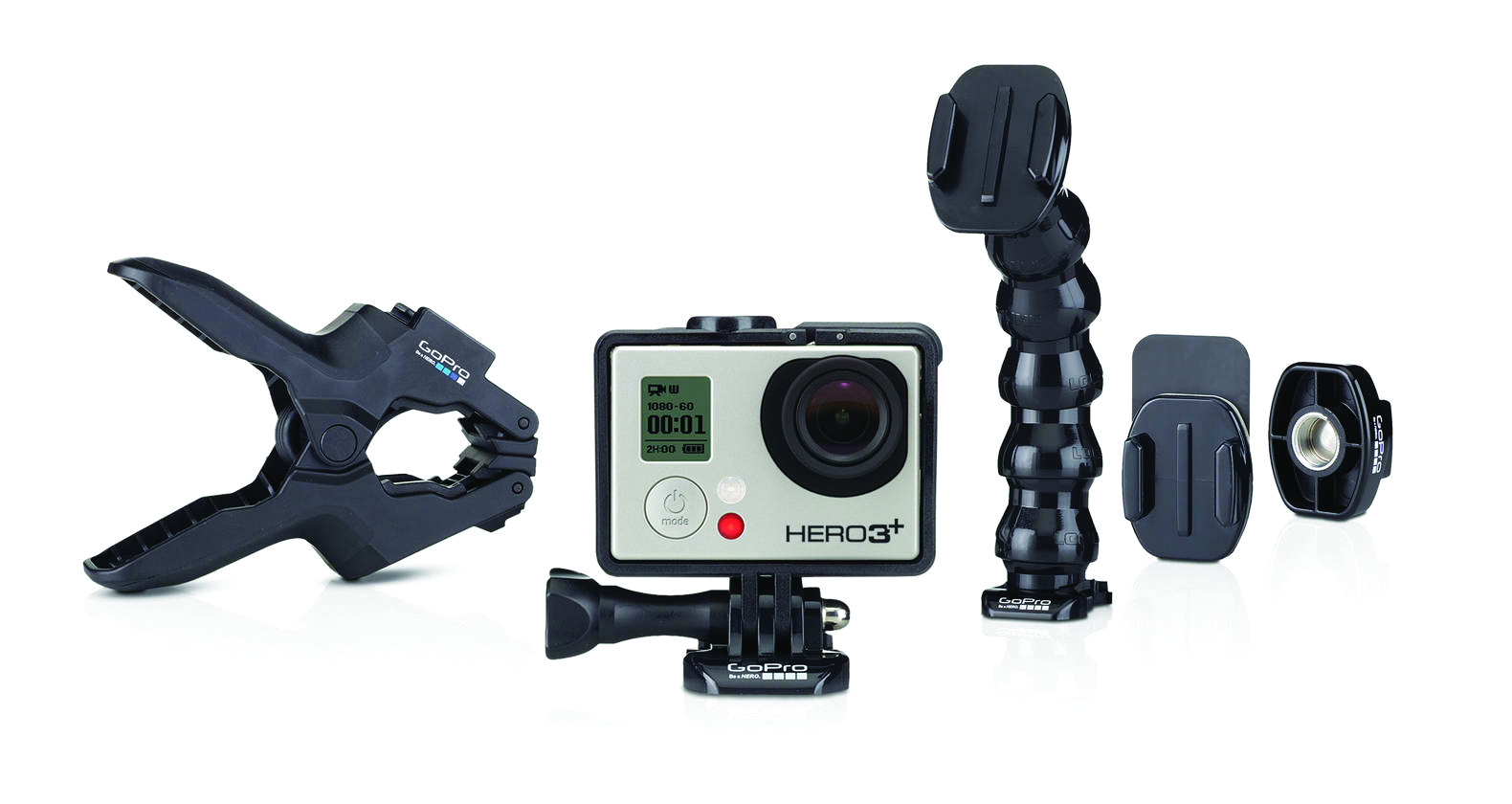 Now here’s a novel idea, but you may want to get in there quick to take advantage of it…

GoPro cameras have quickly made a name as the ‘go anywhere’ HD camera system – you’ll find them strapped on all sorts of sports equipment and they can capture pretty much every extreme activity you can think of. But this new Music bundle takes the black edition camera on stage, designed, as it is, for bands to capture every angle of their performance. The clip-on camera comes with a Flex Clamp, mic stand and two instrument clips to allow it to be clipped to anything musically. The uses for this kind of camera in a live situation are obvious. You could, for example, have the somewhat intimate images of a close-up on the vocalist’s tonsils or guitarist’s plank beamed to a larger screen for the audience to wonder at, or even have every band member strapped in to record a live video. Scatter a few among the crowd and you have an easy and unusual recording of a gig at several angles (up to 50 can be controlled remotely over WiFi).

But, like we said, you’ll have to get in there quick as this is the obvious angle. Better, but less obvious ideas include having several placed in your writing studio to capture song-writing sessions for blogs for your fan base, or even life in the van on the road. In use, it’s simple to operate with great results. You could get away with one camera and a lot of play throughs to record your band’s videos, but you’ll want more than one eventually, so the cost (£360 a pop) could add up.

The only other downsides are the extra cost of a microSD card, and that head strap would have been a great inclusion, otherwise it’s a futuristic pointer for band videos to come. 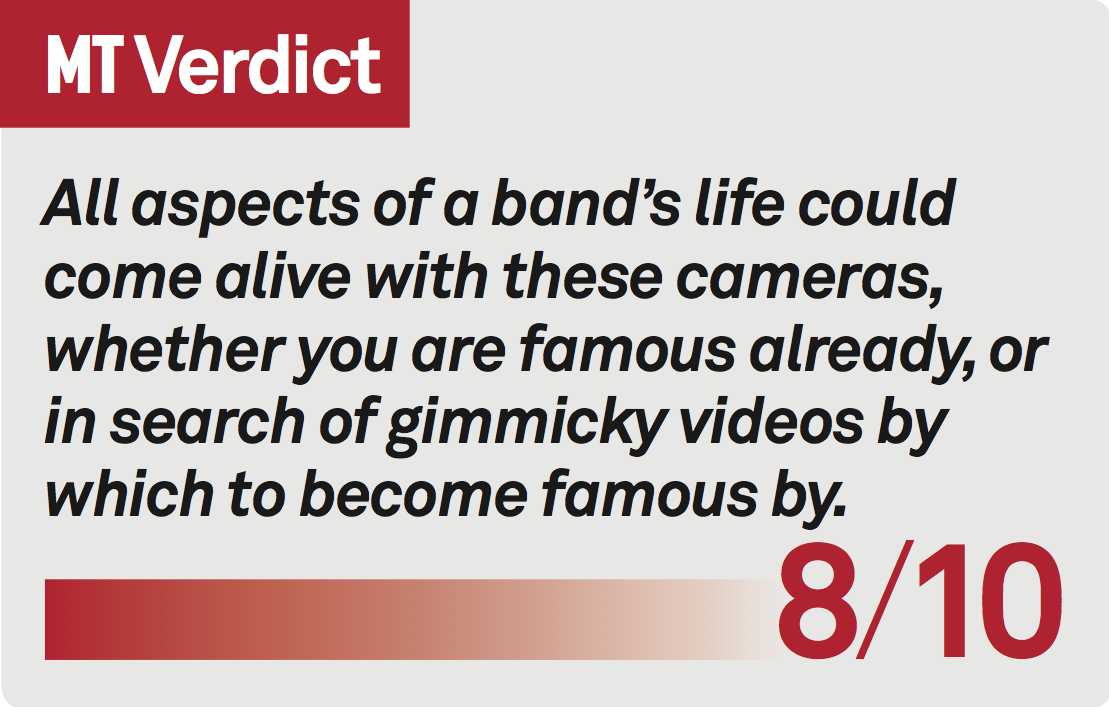