First making a fleeting appearance at MoogFest 2018, Moog has surrendered to demand and put the Subharmonicon into production.

The affection for Moog is vast. All the US manufacturer has to do is offer a sniff of a new product, development or feature, and its customers start salivating – and its sniff of the Subharmonicon got pulses racing quicker than most. At the 2018 edition of Moogfest, the maker’s annual music and tech festival, a lucky handful were treated to a self-assembly workshop and the original incarnation of the unit, which left the rest of us envious onlookers crying into our Euroracks.

But cry no more. The model that first appeared two years ago has been revised and put into production, having been one of the most-requested public releases of recent years. Even better, it’s no longer a kit but a ready-made unit like the Mother-32 and DFAM models, and can be demounted from its case and placed into an existing Eurorack system, which, given it’s 32-point patch bay, is an enticing prospect.

While the Subharmonicon could be described as original, having never been assembled in a single unit before, the concept dates back to the 1930s. This was a time when bleeding-edge musicians such as Joseph Schillinger and Paul Hindemith were collaborating with the likes of Freidrich Trautwein and Leon Theremin to create novel instruments in an age when developments in electricity were opening up new possibilities.

Trautwein is the inventor of the Trautonium, a tube-based instrument capable of producing rich sawtooth waves tamed via a low-pass filter. This was refined by Oskar Sala, who added undertones noticeable as notes beneath what might be regarded as the fundamental harmonic. This process of varying the division of the fundamental pitch allowed for various low notes to exist alongside the fundamental, in much the same way as a sub-oscillator on a synth.

Around the same time, Leon Theremin was collaborating on a concept for a machine called the Rhythmicon, capable of producing up to 16 polyrhythmic generators simultaneously.

Combine these concepts, add a dash of Moog-based philosophy, and you’ve got a device capable of producing tonal pitches triggered from onboard sequencers, whose content can be evolved manually.

The Subharmonicon’s layout should feel fairly familiar, despite the many changes it has undergone along the way. The build quality is solid, with comfortable and stylish pots. There are two pot-cap sizes, both of which are spacious and fit for full-on tweaking.

Two analogue VCOs provide the tonal source, and are switchable between sawtooth and square waves. In each case, the fundamental harmonic can be divided to offer two additional subharmonic tones, which emit the same waves as the VCOs. However, another setting allows the primary harmonic to be switched to a square wave, with the subharmonics redeployed to saw waves and Sub One acting as a pulse-width modulation source. In this setting, you can hear a host of overtones and create both subtle and gnarly effects.

Both VCOs can be tuned. The main frequency for each VCO is dictated by the large tuning pot, while the subharmonics are set independently. This ranges from regular sub-octave duties to the aforementioned mathematical divisions, which allow for various intervals to be added below the main harmonic. As each VCO essentially offers three tonal elements, you can have up to six tones or notes playing at once, all of which may be blended via the mixer, located at the bottom of each VCO section.

There are a number of tuning options available too, from sweepable to chromatic and diatonic scales. There is no fine-tune option between VCO one and two though, unless you wish to remain in full-sweep mode, at which point both VCOs can be tuned to any pitch. In this respect, the Subharmonicon functions like most Eurorack VCOs, putting the onus on users to get the modules in tune before they play.

The unit is equipped with a classic Moog 4-pole -24dB ladder filter – and it sounds exquisite. The filter is a low-pass but the cutoff is linked directly to one of the two envelopes, offering both positive and negative attenuation. The envelopes are a simplistic A/D design, although when played via MIDI, the attack increases to a gated sustain, with the release kicking in once the note is stopped. It’s not quite your typical four-stage ADSR but the concept behind this device is more about triggering than lead-like sustains.

While it’s tempting to be critical of the Subharmonicon’s streamlined gating options, you can’t take anything away from its sound, which is beautifully characterful. Armed with a handy trigger button on the front panel, one of our initial explorations has us building sumptuous drones, beginning with the basic VCOs pitched in unison before adding in those glorious undertones. Just add filter and resonance and that classic Moog-like timbral quality oozes from the output.

A different type of poly

As important as its sonic architecture is, it’s only half the story. It’s correct to say that the Subharmonicon is armed with two four-step sequencers but the reality is far more organised – or chaotic. It’s your choice.

Polyrhythms see one or more rhythms overlapping with another within a cyclic time frame. The rhythms do different things at different times but eventually reconnect at a single beat where everything lands together, at which point the polyrhythmic cycle begins anew. The polyrhythm is a compositional tool that has evolved since its first use hundreds of years ago. It was adopted by the minimalist movement, with Steve Reich one of its greatest proponents, using the technique in many of his own works and in those of electronic duo Plaid.

To create polyrhythms via the Subharmonicon, begin with the sequencer section, located on the left. Here, there are two clearly labelled sequencer lines, each equipped with four steps, and a small spindle-pot to control each CV pitch. Below this section are two elements that can control the tempo of your sequence. The first is the large tempo pot at the bottom left, which is the global tempo control for the unit’s internal clock (it’s also possible to take a clock from another source, such as a Eurorack system or an external MIDI device or DAW).

The second is in the Polyrhythm section, which features four pots labelled Rhythm 1-4. Beneath each is a pair of buttons labelled Sequencer 1 and 2. A polyrhythm must be sent to at least one of the sequencers in order to begin the cycle.

Pressing Sequencer 1 will see the four-step sequence get underway. You’ll hear the steps play out, and each has CV pitch control. Adjusting the Rhythm pot will create a division or multiplication of the clock. You’ll remain in sync with the master clock but you’ll create the impression of a rise or fall in divided/multiplied tempo speed.

Adding a second Polyrhythm to the sequence will create a true polyrhythm, as one pulsed beat overlays another, allowing you to create complex rhythmic patterns that eventually return to a single beat. Depending on your settings, this meeting of beats within the cycle could happen quickly or gradually. Whichever it is, the resulting rhythm will be hypnotic and, while it might seem randomised, is actually very organised.

Things only get more interesting as you add more polyrhythms. As this concept is all about triggering the four CVs to control pitch, it’s helpful that each of the six tone-producing elements within the VCO section can be switched to respond to the assigned pitch CV. All this requires is to press the corresponding buttons within the VCO section. The results differ tremendously from punctuated simple four-note patterns to wide-open evolving beds created by opening the decay phase of the amplitude and filter envelopes. It’s inspiring and rich.

In keeping with its analogue credentials, it’s not possible to store patches, either at the timbral or sequencer levels. The latter would’ve been useful, especially if you intend to use the Subharmonicon in a live rig. The unit offers considerable MIDI CC control, which makes us wonder if future software developments might allow for some form of external polyrhythmic saving portal. For now though, it’s all about in-the-moment manipulation.

A small issue is that the 12 small spindle-pots that adorn the sequencer section feel fairly fiddly compared to the Moog-style pots elsewhere.

Things get even more interesting when you situate the Subharmonicon within the larger construct of a Eurorack system. We’ve always beens suckers for randomisation modules. Add this randomisation element to the Subharmonicon’s polyrhythmic construct and you’ve got an exceptionally creative setup – creative, at least, in the sense that the machines are doing all the work for you.

Thanks to the Subharmonicon’s myriad patch points, it’s possible to modulate multiple control elements, but some attenuation at the modulation source helps to secure your intended results. This notion of randomisation might not be to everyone’s tastes but this wonderful bundle integrates well with existing Moog units, particularly the Mother-32 and DFAM.

The former offers some useful and more-ordered sequencing options, and can provide a melodic counterpoint to the Subharmonicon, which is perfectly equipped to provide simple bass-like backdrops or drone-style harmonies. This frees the DFAM up to provide a compelling backbone to your compositions. Partnering it with worthy modulation sources will surely open up the Subharmonicon’s capabilities. But, even as a standalone unit, it provides diversity, quality and an immense amount of modular fun.

As a standalone unit, this box of tricks has a tremendous amount to offer. But it takes on a different character and extended possibilities when partnered with other modules. Simply adding modulation sources opens up the sonic colours. It’s not a cheap device but when you consider the constituent components as individual pieces within a Eurorack system, it begins to look like better value.

A pair of substantial VCOs, a Moog filter, a clock generator, and two four-stage sequencers comprise the basics of the module, and all that would add up to a tidy sum in a Eurorack kit. If you have already own a DFAM and/or Mother-32, you’ve probably made up your mind already. 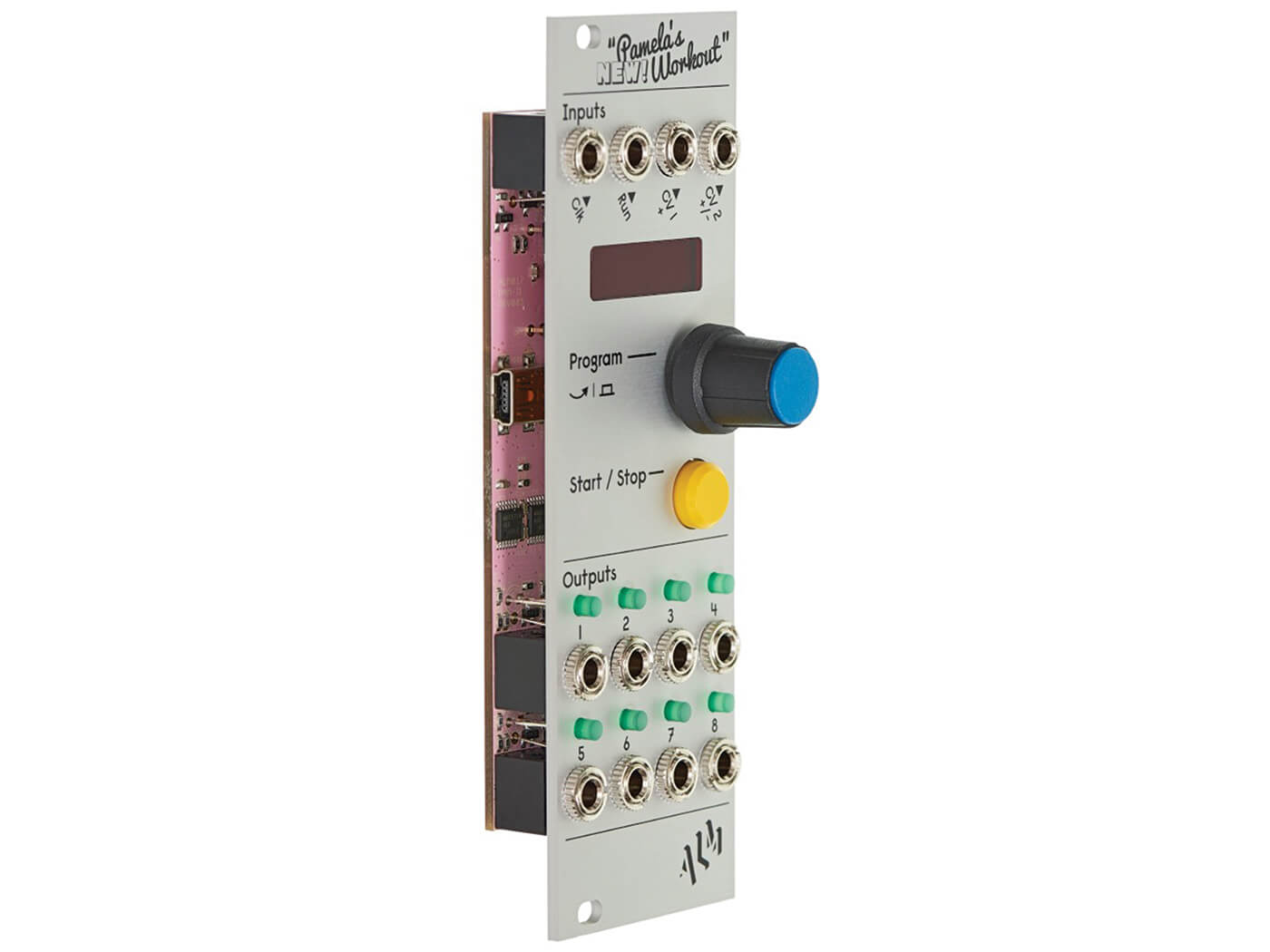 It’s possible to create similar polyrhythmic effects in a wider Eurorack system and a sensible starting point would be a sequencer such as PNW. It offers a host of modulation possibilities and is also an effective gate sequencer. 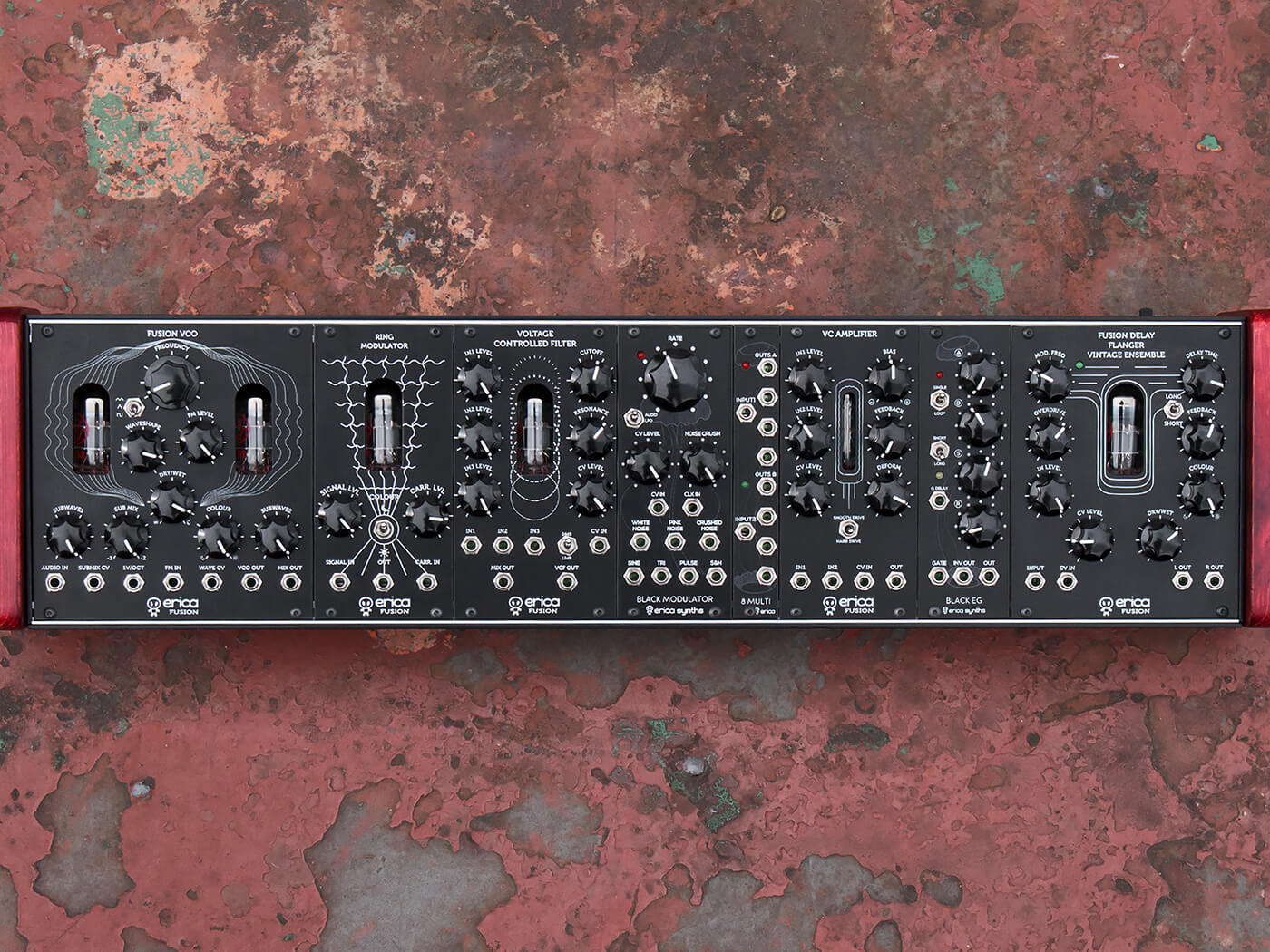 Taking the concept of Eurorack drones to another level, Erica’s Drone System is sonically extensive but requires a sequential element to create polyrhythmic textures. It’s not a cheap system but could form the core of a larger system.