When strings, choirs and vocoders collide, you’re in for a classic concept, currently undergoing a renaissance. We look at Behringer’s latest take on the re-creation of a vintage icon. 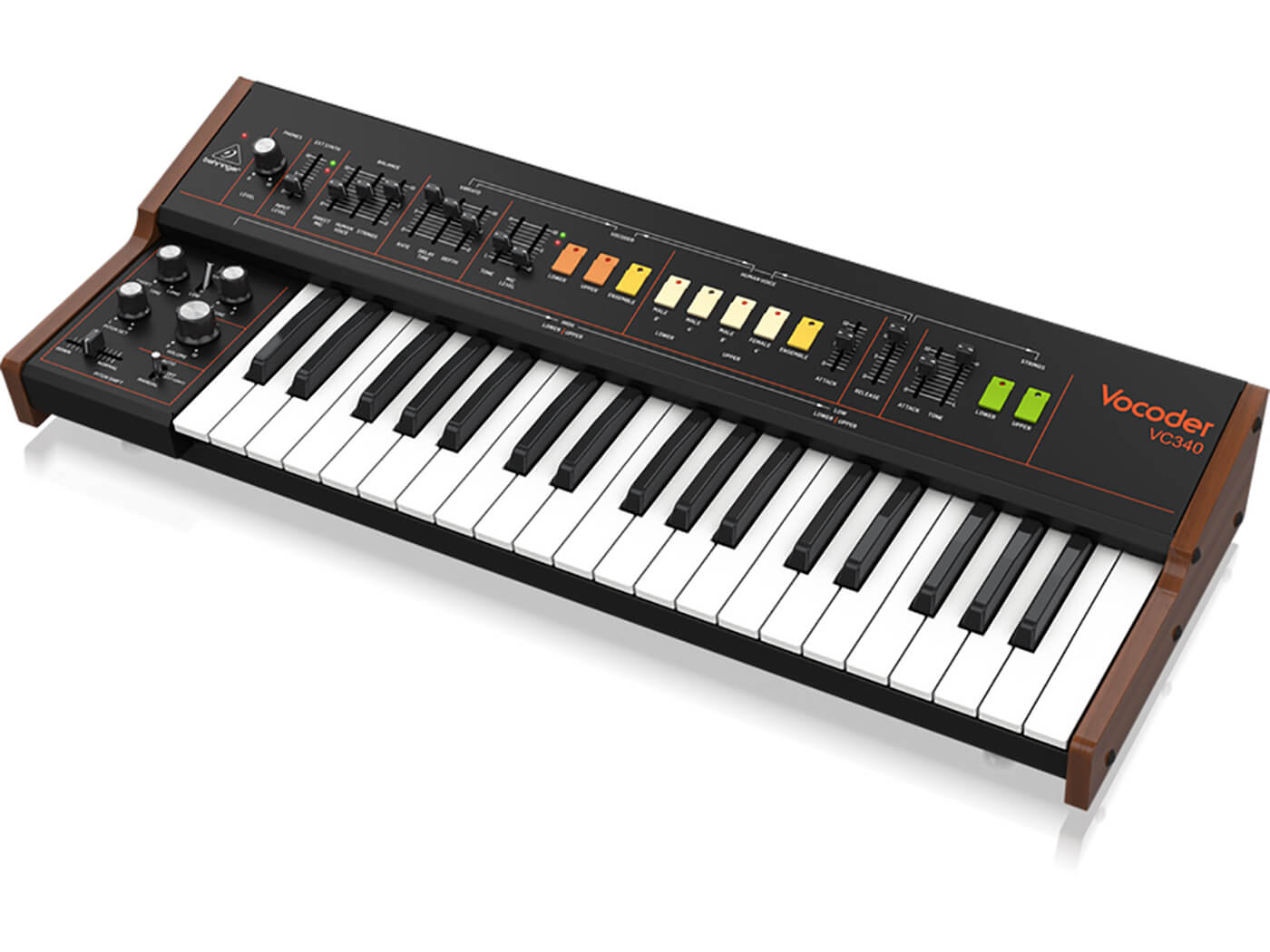 In an alternate dimension, possibly in a galaxy far away, robots may well have inherited the Earth, and if they did, they almost certainly would have used a vocoder to make their voices heard! So it’s helpful that in the next thrilling instalment of Behringer’s re-interpretations of some of music production’s iconic hardware, it’s turned its attention to another classic design, based around the Roland Vocoder Plus VP-330.

The original VP was always something of a hybrid machine, offering both a vocoder and a string machine, alongside some very unique choir-based sounds. There were two incarnations of the VP vocoder which can be identified by the Mk1’s use of rocker switches, or the Mk2’s use of the more colourful switches that were also seen on the Jupiter 8 and TR-808. Regardless of which model might be your favoured revision, the vintage status of the originals has resulted in a matching increase in price, with many fetching up to £4000, so the concept of an attractively designed clone, at a tenth of the price, is hugely appealing.

So let’s consider the aesthetic; Behringer’s take on the concept is very similar in design and form to the MK2 revision, with the citrus colour combination of the switches, and a handful of faders. It looks stunningly nice, complete with wooden ends and pot-caps that feel chunky and vintage in style. It’s got some weight as well, which you immediately notice from the moment the box arrives, and moreover the pots, switches and faders all feel very solid indeed. The keybed is fully sized, but unlike the original only offers 37-notes, or three octaves in musical form. While I am truly delighted that the keybed isn’t miniaturised, an additional octave would have been very useful; with its string machine hat on, you’ll want to explore the harmony affirming basses alongside the swirly chords, which I was only able to do through the connection of a bigger keyboard.

Having said that, the smaller size makes for a very pleasing form factor, which resides nicely on a desk without taking up too much room, so you almost feel like you’re getting the best of both worlds. 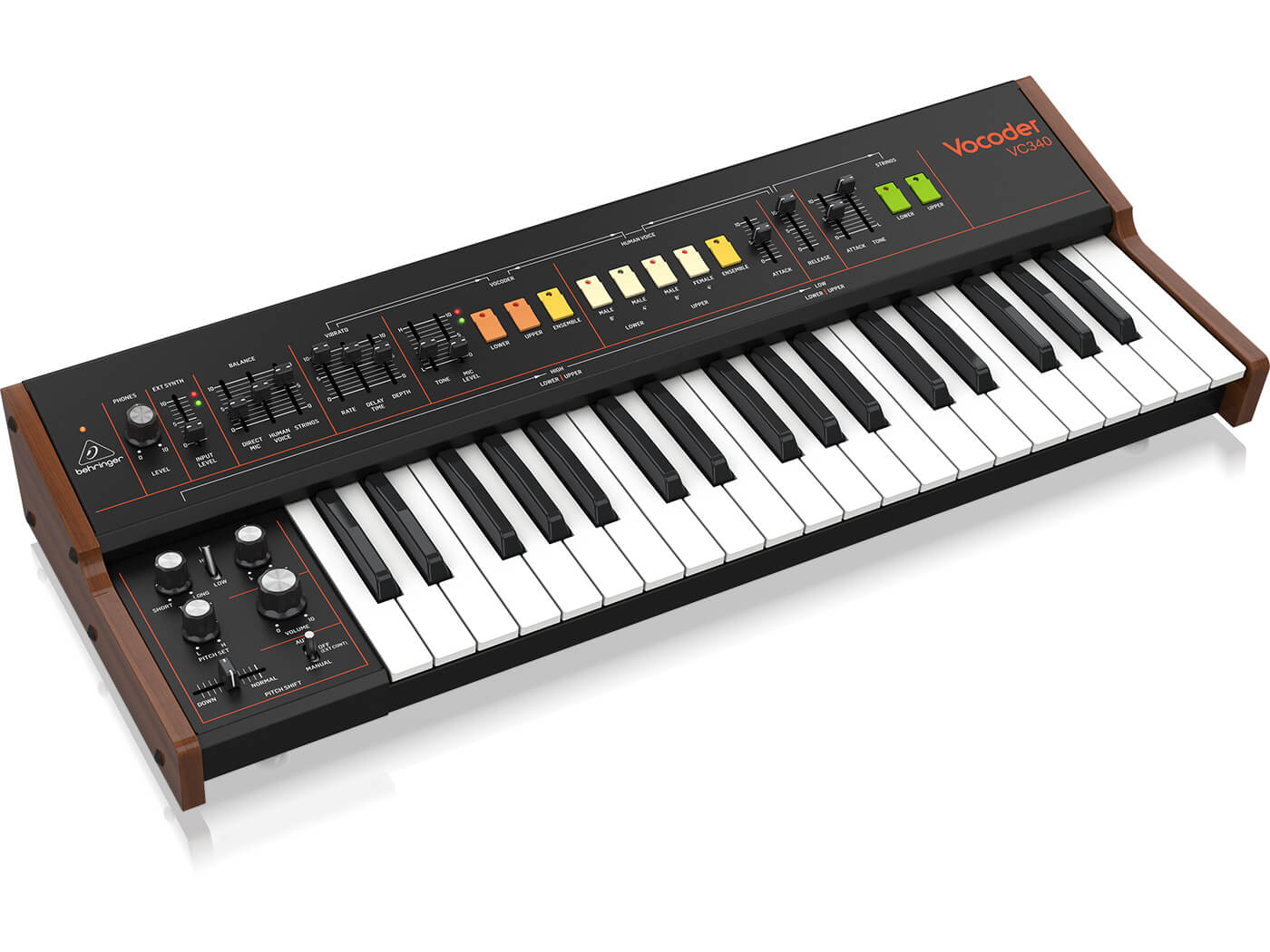 The VC340 is entirely analogue based, with a flexible combination of three tonal sources. In the case of the Human Voice and Strings sections, range can moved up and down according to the settings in the performance control area. The pitch shift section can also act as a crude pitch bend, but is reliable in its ability to switch octaves, which I suspect would not have been the case with the original. As there are no patch memories of any kind, the ethos is all about switching sound sources in and out, with each timbre offering a fader for easy mixing. There’s a helpful ability to apply one sound or another to the upper or lower parts of the keyboard, making very easy work of placing a lower string machine bass against an upper human voice sound, or you can simply apply everything across the entire keyboard. In this setting, the gravitas of the strings is made all the more potent by the presence of the pseudo humanistic sounds.

The strings offer some basic settings, centered around tonal colour and control of the front and backend of the envelope. In my tests, it is literally incomparable to the original string sound, which I must add is firmly from the ‘string machine’ era, and by design does not sound anything like a real acoustic section, but it does sound amazingly effective even now, as championed by many contemporary artists from Radiohead to Lindstrøm.

My only gripe, which to be fair is based on the original design, is the paraphonic nature of the VC. While it offers full polyphony, you can find chords being cut short, thanks to the opening of the attack phase of the next chord, cutting short the release phase of the previous chord. I have never liked this concept, but with some clever holding of notes, it is possible to swerve around the problem.

The Human Voice section offers both Male and Female vocal sounds, which are very similar in construct, and sound reminiscently resonant. The included Ensemble effect immediately glorifies these sounds, opening up the stereo image beautifully. Moreover, the use of a basic vibrato (LFO) control opens further movement in the tone, which can also be delayed. Contextually, these sound endearingly beautiful when blended with the strings, offering a vintage hark-back, or fresh fodder for sonic production possibilities, in either retro or future processing forms. 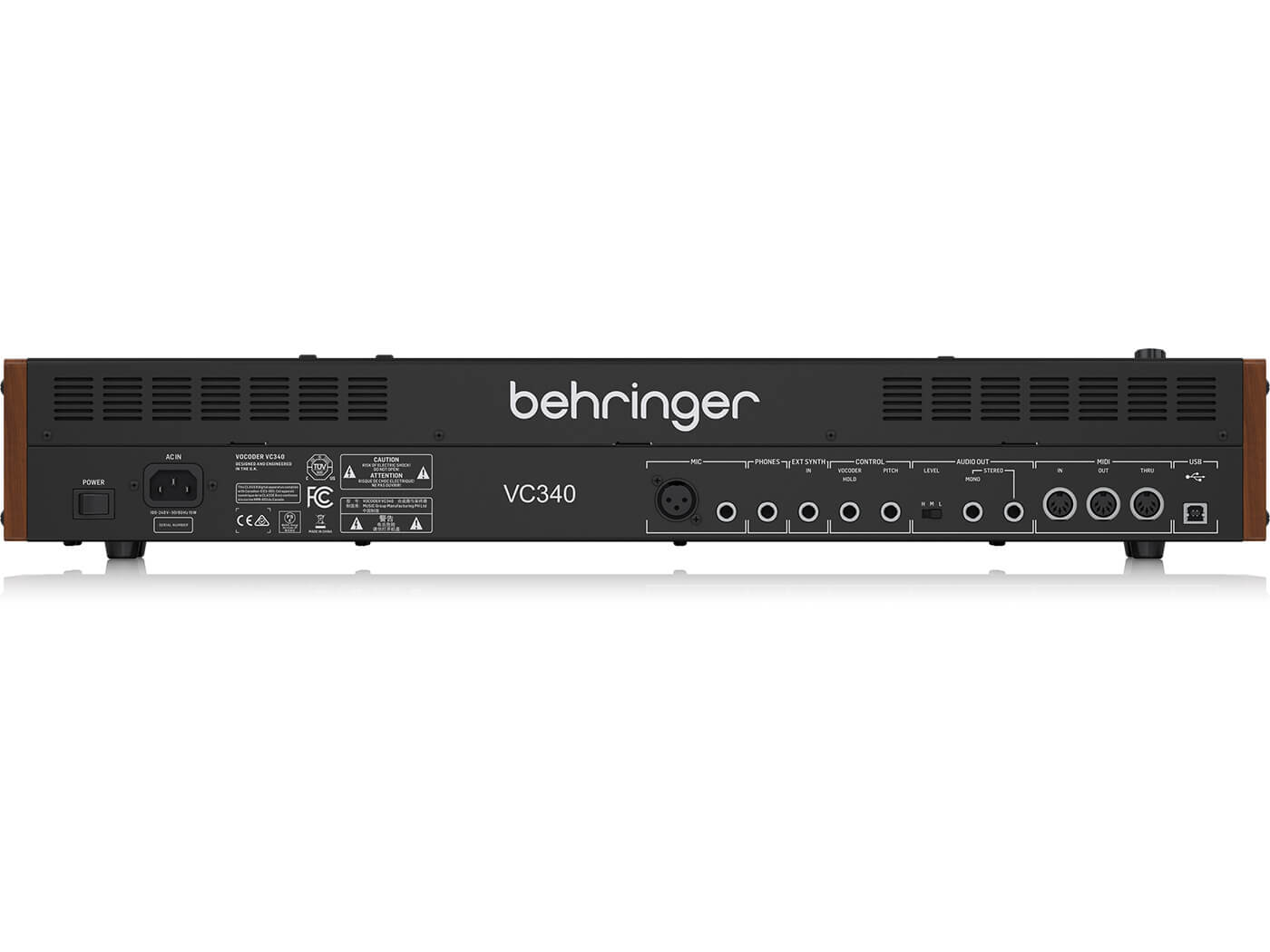 Voice of a generation

The final part of the VP Trinity is the much-beloved Vocoder, which in its truest form is pretty indistinguishable from the original. Equipped with tone control and mic level input, the vocoder offers the absolute basics, just like the original. The addition of the Ensemble control thickens out the stereo texture beautifully, while the tone control delivers considerable variance in colouration.

Feeding in a line from a drum machine, for use as the vocoders modulatory signal, it is very easy to get that signature Stevie Wonder sound, which has also been exploited by the likes of Royksopp, although it can be equally useful to input an external synth signal for use as the vocoder’s carrier signal, via a jack point on the rear of the synth. This opens up enormous potential for variance of timbre, leaving the simple onboard synth behind, and adding considerable potential sonically. Moreover, with the addition of something as basic as a synth app on an iPad, radically different textures immediately present themselves, not taking anything away from the onboard carrier engine, which sounds classy and vintage.

We have to remember that the principal calling card for the VC340 is as a pretty faithful recreation of a classic string machine and vocoder, and on this front, it’s pretty exemplary. However, it offers some healthy additions, such as the ability to activate velocity sensitivity for the strings, as well as USB MIDI. It sounds truly authentic and I would defy anyone to try and tell it apart from and an original 330, allowing for degradation of vintage components and of course the obvious price tag.

It’s a really fun machine that will appeal to vintage users and new fans alike. With so many of these sounds infiltrating modern production, it also offers that amazing sense of retro coolness. If you consider this a vintage-classic string machine and vocoder, alongside the inherent great build and design, it feels like a bit of a bargain. 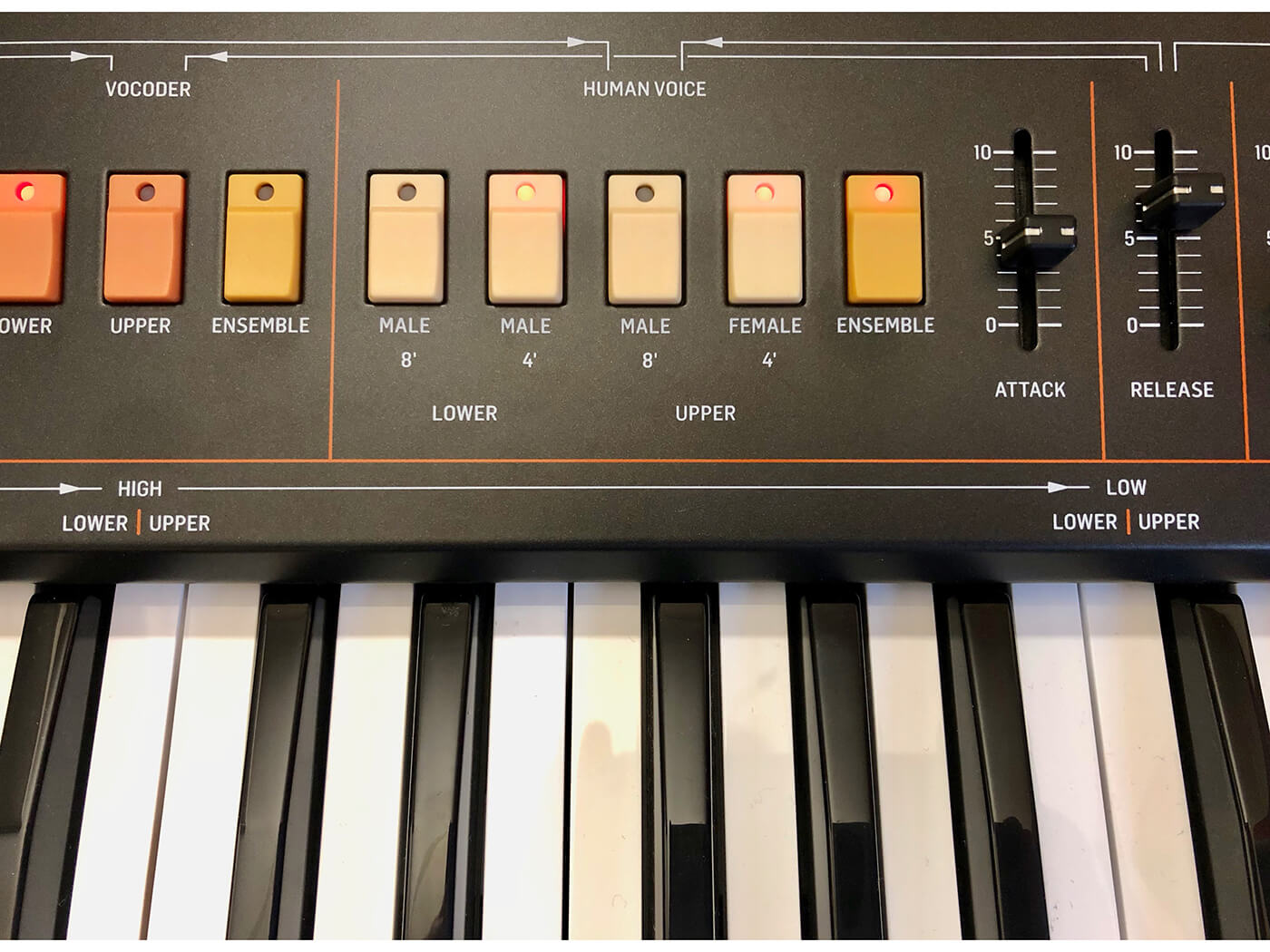 The VC340 is, on the face of it, a fairly simplistic beast, but don’t be fooled into thinking that it’s a one-trick pony. Placing this in a studio setup with pedals, effects or a DAW, provide you with a considerable device which is ripe for vintage reminiscence or contemporary production work, either in a retro sense, or as a building block to new and exciting sounds. The three areas of available timbre all sound stunningly good and very authentic. When layered, they can make for some wonderfully charming fodder to place in all manner of different styles of production.

Vocoders will always ooze coolness, even if you’re never quite sure where to place one musically, but who doesn’t love playing around with a vocoder? If you can use this in a track all the better, but place a drum groove through its circuitry, or use with external synths, and it truly comes alive. It’s a very pro synth which is terrific fun to use, at a very attractive price tag. 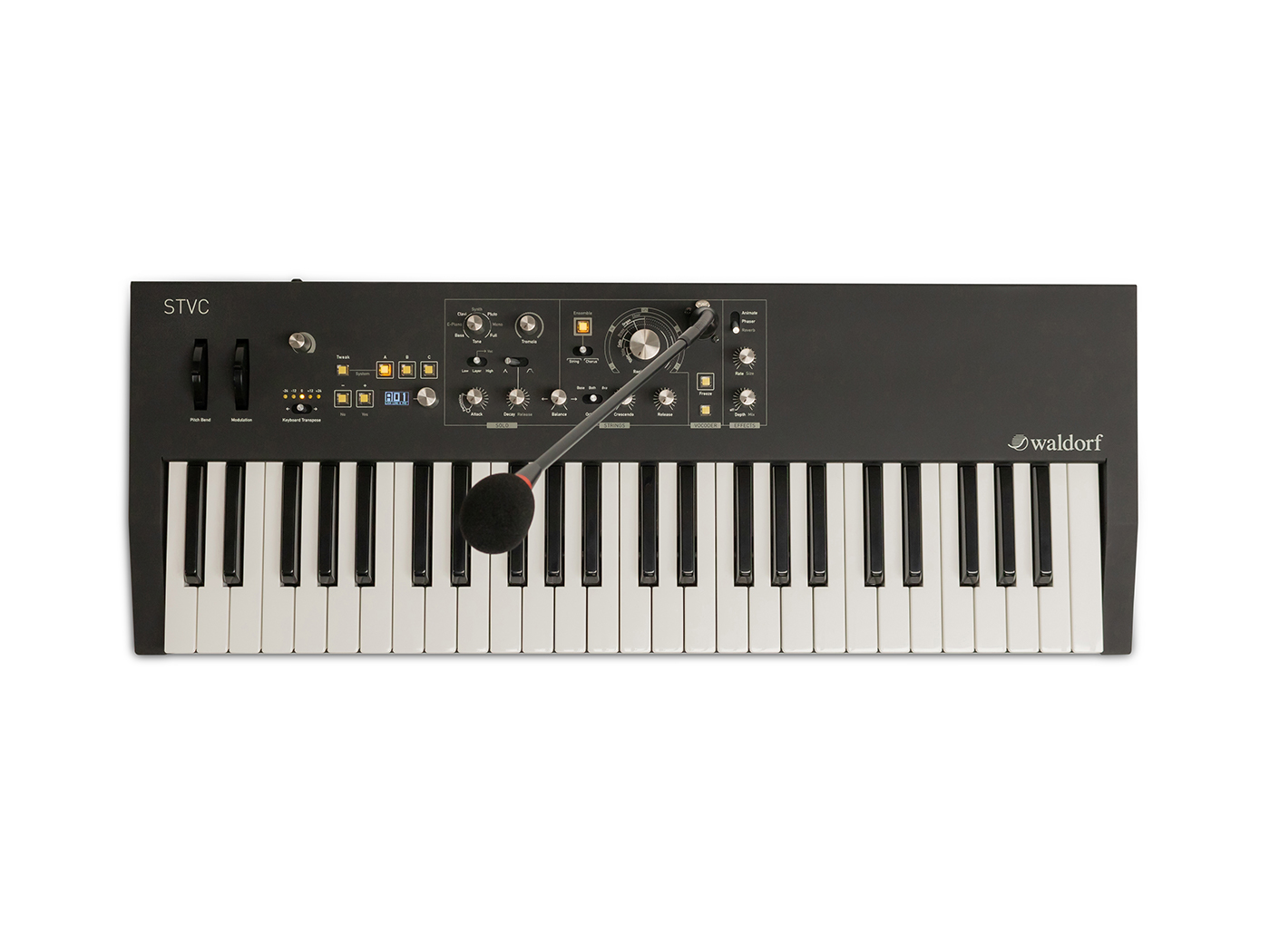 The new STVC offers very similar credentials, but as it is not purely a clone, it offers considerably more functionality and timbral possibilities onboard. It also offers a fully sized four-octave keyboard, lending itself more as a very playable standalone unit. 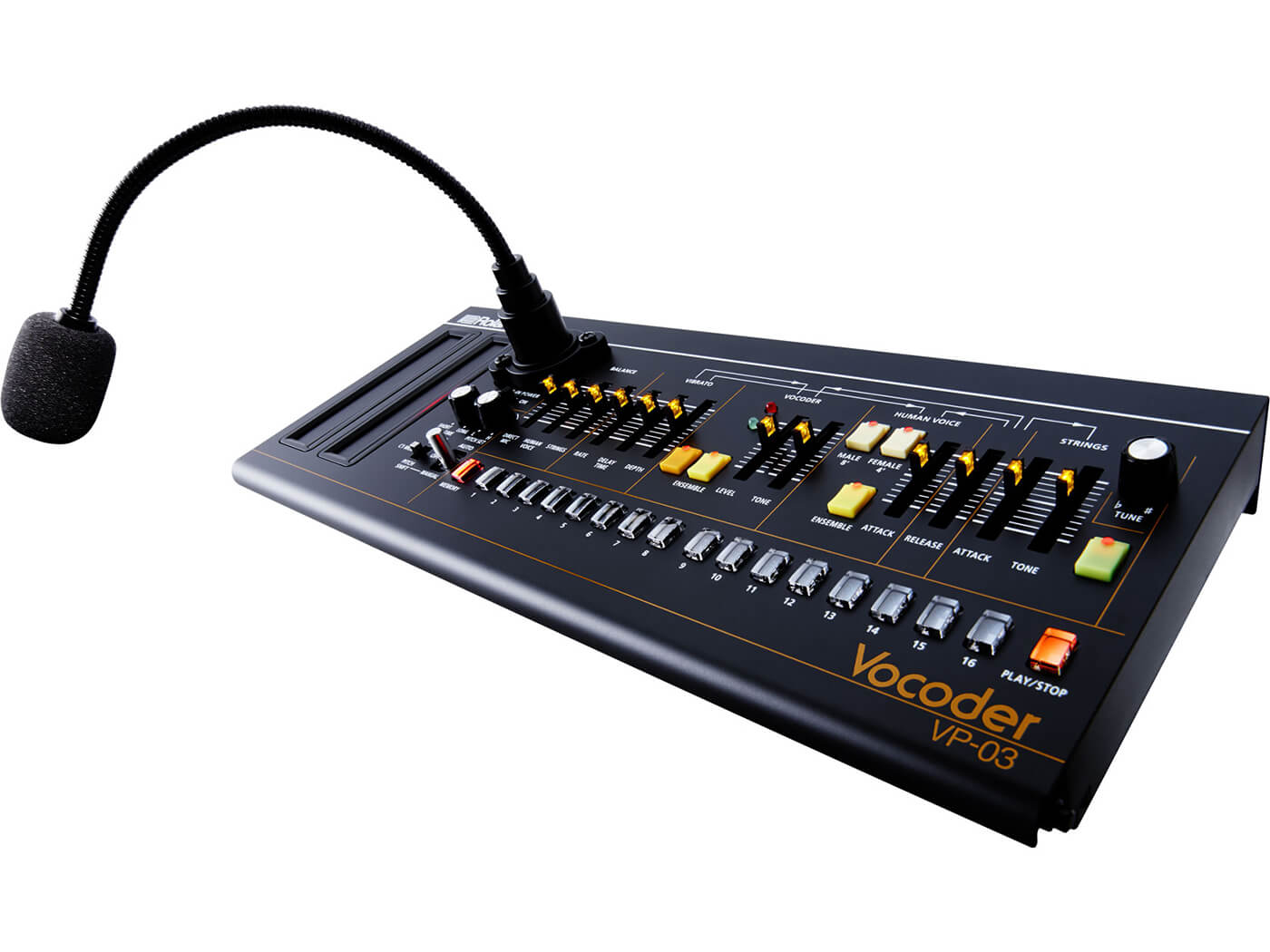 The VP-03 was one of the earlier boutique units from Roland and does a very fine job of recreating the original VP-330. Unlike the original, it offers six-note polyphony, which some may find relatively restrictive when compared to the VP-330’s 49 voice capabilities.