In this review we take a look at the remarkable Sculptor from Gothic Instruments… Developer Gothic Instruments Price £54.95 Contact +44(0)1837 55400 Web www.timespace.com What is not to like about a company that calls itself ‘Gothic Instruments’? Luckily, its products are almost as good as its name and have made quite a mark. Dronar is […] 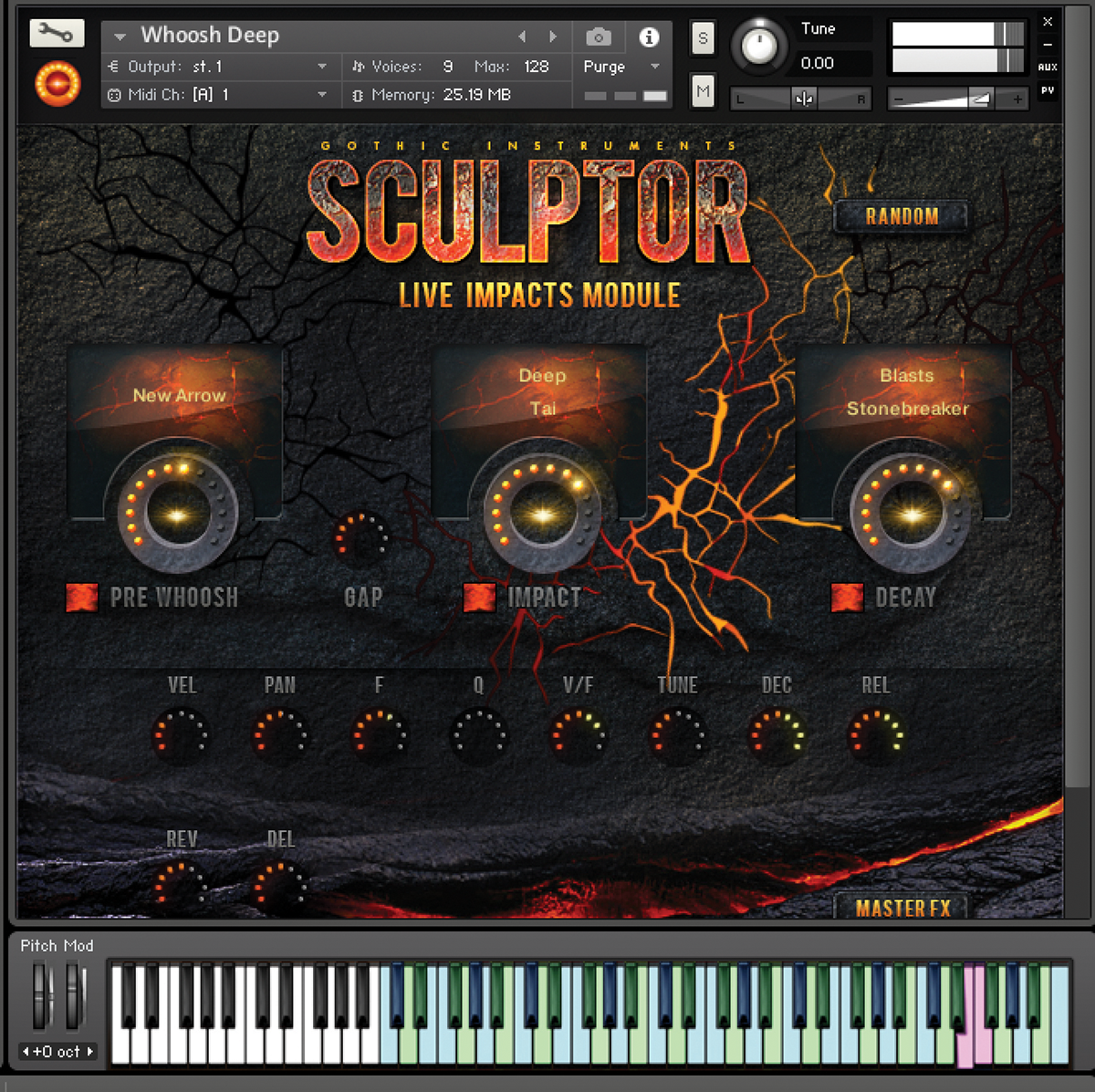 What is not to like about a company that calls itself ‘Gothic Instruments’? Luckily, its products are almost as good as its name and have made quite a mark. Dronar is an atmospheric modular software instrument that we reviewed a few issues back and loved.

The concept there was atmosphere aplenty, with film and soundtrack composers the target audience; and that still applies with Sculptor. Here, though, the story is a little simpler with everything being about impact – those tension-building slams that hit you in many a soundtrack: from action adventure films through to suspense and horror.

Sculptor is a Kontakt-based library – you’ll need the full version – and like Dronar has a great front end with some graphical flourishes that make playing the instrument almost as exciting as the noises it makes.

Load up an impactful sound from the 82 presets, and you’ll initially feel that Sculptor is a one-trick pony. It does the impact thing and it does it very well, but there’s thankfully more on offer in terms of control. You get three main dials for Pre Woosh, Impact and Decay adjustments which, Pre Woosh aside, offer some incredibly dramatic edits over the main preset. But that’s not all.

A series of tuning and envelope dials lie beneath the main controls offering yet more control over the sound (the tuning can be particularly severe if you want it to be). Effects can also be adjusted, including a very comprehensive Master FX section.

So the bottom line is that Scupltor offers impact and delivers it and there’s a lot more flexibility than you might think. Yes, it’s about big, dramatic, attacking sounds, but if you put in a small amount of effort you can also take the library into some quite extraordinary areas. If you are making dramatic scores then you need Sculptor. Just work with it… 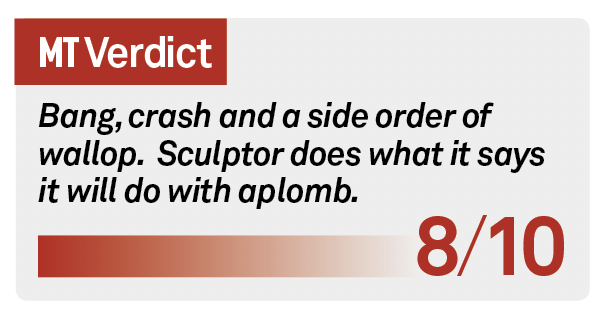