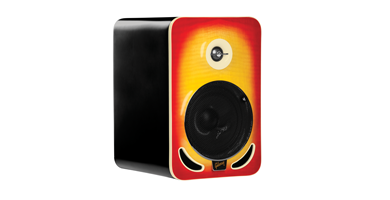 Although Gibson now owns KRK, the Les Paul monitor series has been designed as an entirely separate product. Huw Price tests the LP6s… 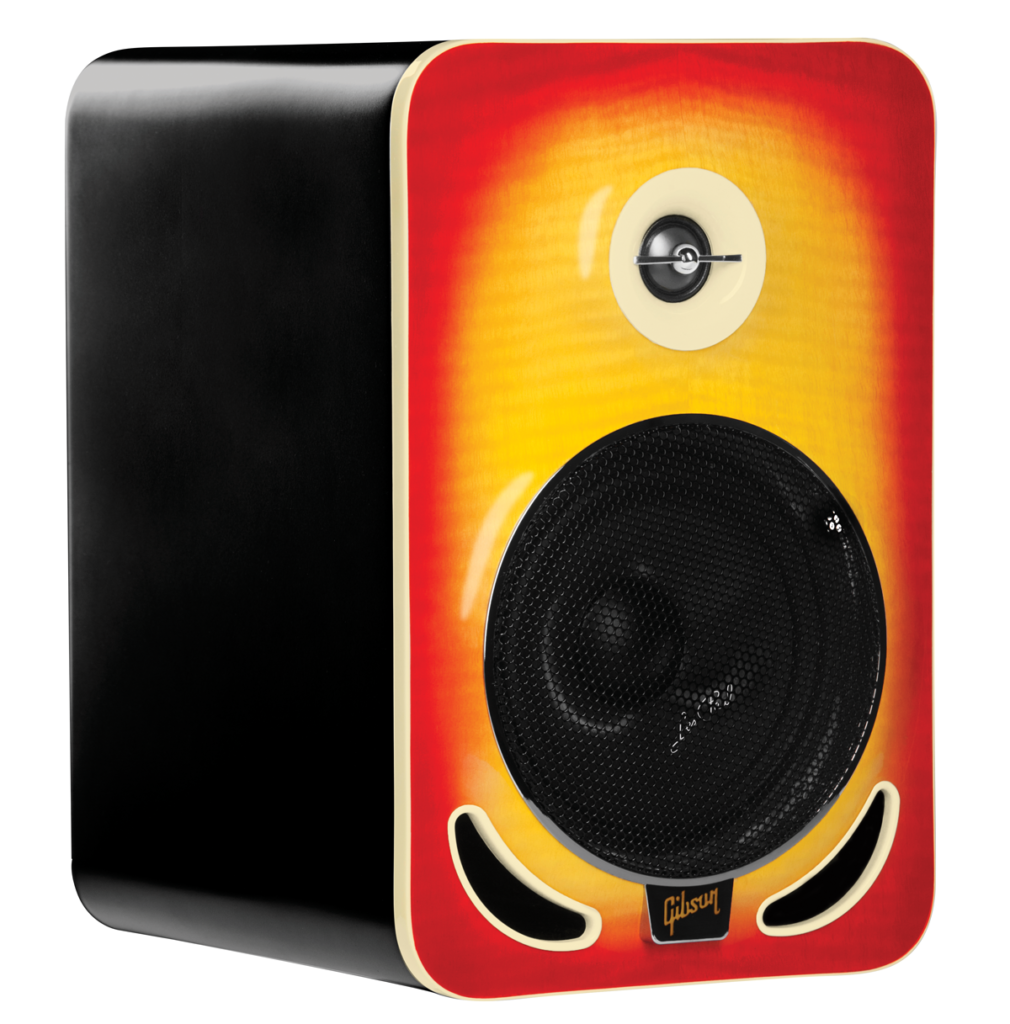 Les Paul’s name has become so synonymous with a certain model of electric guitar that the very idea of a reference monitor carrying his ‘John Hancock’ may seem a bit odd. After all, he did actually contribute to the design process of his eponymous Gibson guitar, but having died in 2009 at the ripe old age of 94, it’s probably safe to assume that old Lester never beta-tested the LP6.

Even so, Gibson’s new range of Les Paul monitors could be viewed as a fitting tribute to the man himself. Les inspired one of the most iconic electric guitars and was a superstar in his own right, but his cred as a studio innovator and inventor are also second to none. After all, the man is widely credited as the originator of multi-track recording as we know it today.

On the ’burst
Gibson’s concerted effort to carry the Les Paul guitar vibe over into the realm of studio monitors is far from subtle. Most striking is the range of finishes available on the LP6’s front baffle.

These include Tobacco Sunburst, Cherry Sunburst and Cherry. And, yes, the finish is nitrocellulose… Contoured to resemble the iconic top carve of the iconic guitar itself, the baffle is described as “carved flame maple”. The review set had a 1960-style Cherry Sunburst finish but the ‘flame’ wasn’t much in evidence, and it’s actually a veneer rather than solid maple which, from a resonance standpoint, is actually preferable.

The other guitar-themed features include cream plastic binding around the front ports, baffle and the tweeter waveguide; shiny chrome for the woofer surround and tweeter plug; and a facsimile of Les Paul’s iconic signature on the non-woven carbon cone of the 6” woofer. A back-lit Gibson logo indicates the speaker’s power status. 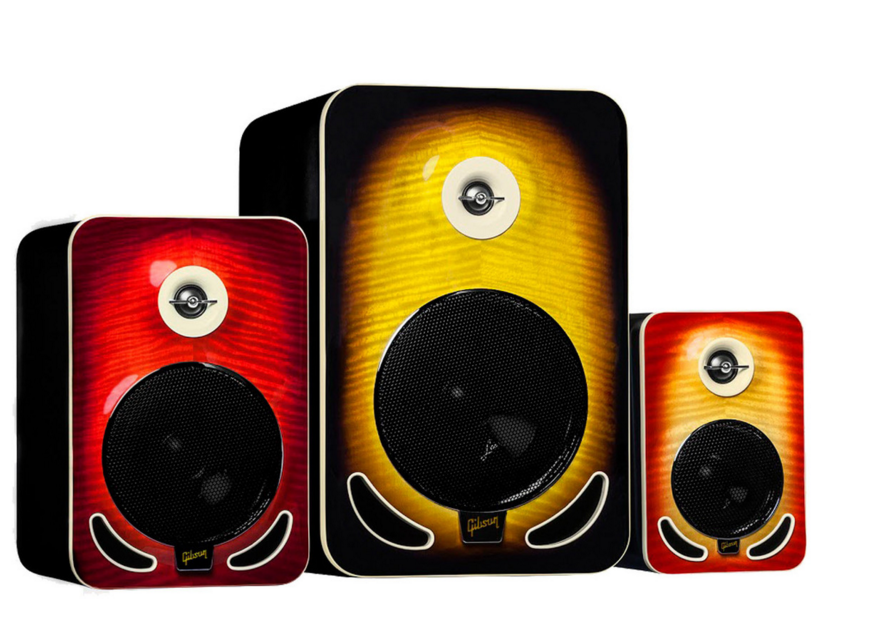 Speaker specifics
Tech-wise, the speaker’s features are fairly basic. The inputs are balanced TRS jack and XLR or unbalanced RCA. In addition to the power switch there one for standby mode, which engages 30 minutes after no audio signal is detected. Three knobs provide control over volume, bass and treble. We couldn’t find any reference to the frequency points in Gibson’s product literature but the tone controls are indented for easy matching.

The obvious concern might be whether the effort that’s gone into the design has taken precedence over the sonics. It seems not because the LP6 sounds like a perfectly credible and useable studio monitor. The background noise is low, 247 watts is more than adequate for medium-sized control rooms and the overall sound shows no sign of being obviously hyped at any frequency point.

That said, we did find that the sound was a bit ‘top and bottom’, rather than ‘flat’ across the midrange. That translates to airy trebles and good
solid bass, but we sensed there was some lack of detail and definition in the mids when A/B switching between other monitors. Some source material sounded slightly edgy too, although that impression may diminish after

the LP6’s are run in. The stereo imaging is fairly good, too, but maybe not quite as pinpoint as some of the LP6’s competitors at the same price point. With dense mixes, elements can take on a slightly blurred quality, which makes them harder to pin down in the left/right picture.

The bass extension is impressive and the LP6 doesn’t ‘port chuff’ at all. However, the bass response isn’t particularly speedy or precise when things get really dubby and deep.

Style over Sonics
Ultimately, the LP6 operates and sounds like a perfectly decent mid-priced studio monitor but costs a lot more. Unless you’re a massive fan of Les Paul guitars, the looks mightn’t be enough to win you over, and they may even limit the LP6’s appeal.

Nevertheless, we can certainly picture the LP6 sitting on a rock producer’s meter bridge, where the up-front and exuberant sound would complement their looks. 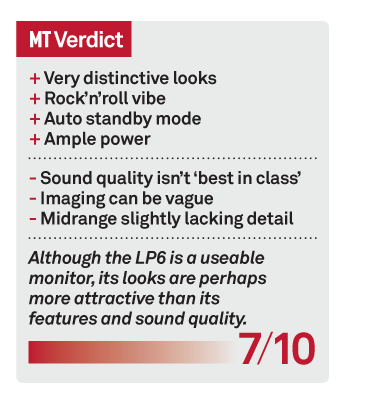