Given the potential for large, custom-designed GUIs and an almost infinite number of parameters, it’s surprising to note how rare it is to find a plug-in developer really exploiting the possibilities offered by computer-based signal processing. Amazon.co.uk Widgets Despite a raft of major plug-in developers chasing the allure of modelling past glories, there is a […] 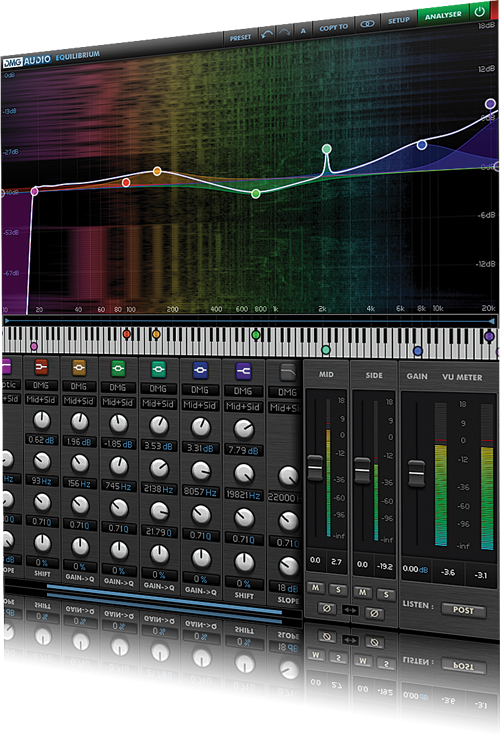 Given the potential for large, custom-designed GUIs and an almost infinite number of parameters, it’s surprising to note how rare it is to find a plug-in developer really exploiting the possibilities offered by computer-based signal processing.

Despite a raft of major plug-in developers chasing the allure of modelling past glories, there is a dedicated group of audio pros pushing the boundaries of what can be achieved in the virtual domain. One such team is DMG Audio’s Dave Gamble and Krzysztof Oktalski, who have produced a series of plug-ins that attempt to reinvent conventional signal processing tools – such as compression and EQ – for the modern age. 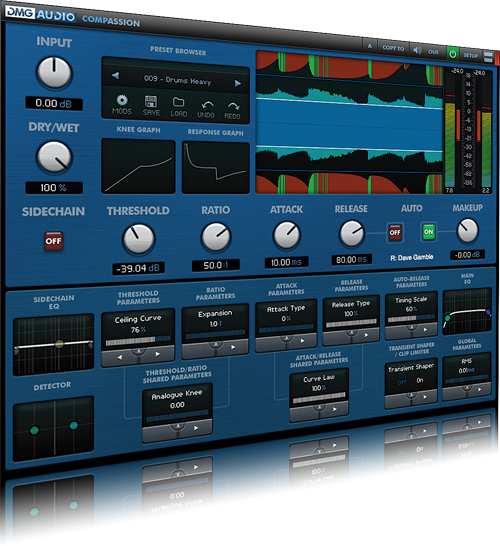 The two plug-ins we’re looking at here are DMG’s EQuilibrium and Compassion, which are available both as a bundle and as single plug-ins. Common to both tools is keen attention to detail, and a wealth of parameters covering every angle. Despite their apparent complexity, though, the clean design of the GUIs is both approachable and informative, offering levels of control and visual feedback few other plug-ins can match.

On first use, Compassion looks and feels much like any other software-based compressor. The principal parameters – Threshold, Ratio, Attack and Release – are familiar enough, although we were pleased to note the inclusion of a wet/dry control for parallel compression effects. Its deeper qualities, however, are hinted at by the real-time waveform display, which provides an immediate visual guide as to where and how the gain reduction is taking place. In particular, the red-and-green colour-coding enables you to see the interaction between the attack and release, making it easy to determine where the compressor starts to distort at wave level.

Whether you’re looking to move beyond the signal-processing tools offered in your DAW or want to augment your plug-ins folder with a precise and flexible set of mixing tools, we’d wholeheartedly recommend DMG Audio’s offerings. For the money, few other developers offer this degree of sonic flexibility coupled with such a user-friendly interface, all of which make both Compassion and EQuilibrium powerful tools when placed in the right hands.

–  Editability rather than immediacy

DMG Audio’s no-compromise approach is a real hit for those who like sonic detail and flexibility, but it might challenge those who prefer a one-button solution.