Advances in multitrack recording in the late 1960s inspired a series of mixers designed to cope with expanding track counts. John Pickford reports. This Mk2 console was originally installed in EMI studios in Stockholm, Sweden. It’s now in a studio owned by a big-name musician just outside Chicago. During the recording of The Beatles’ ground-breaking […]

Advances in multitrack recording in the late 1960s inspired a series of mixers designed to cope with expanding track counts. John Pickford reports. 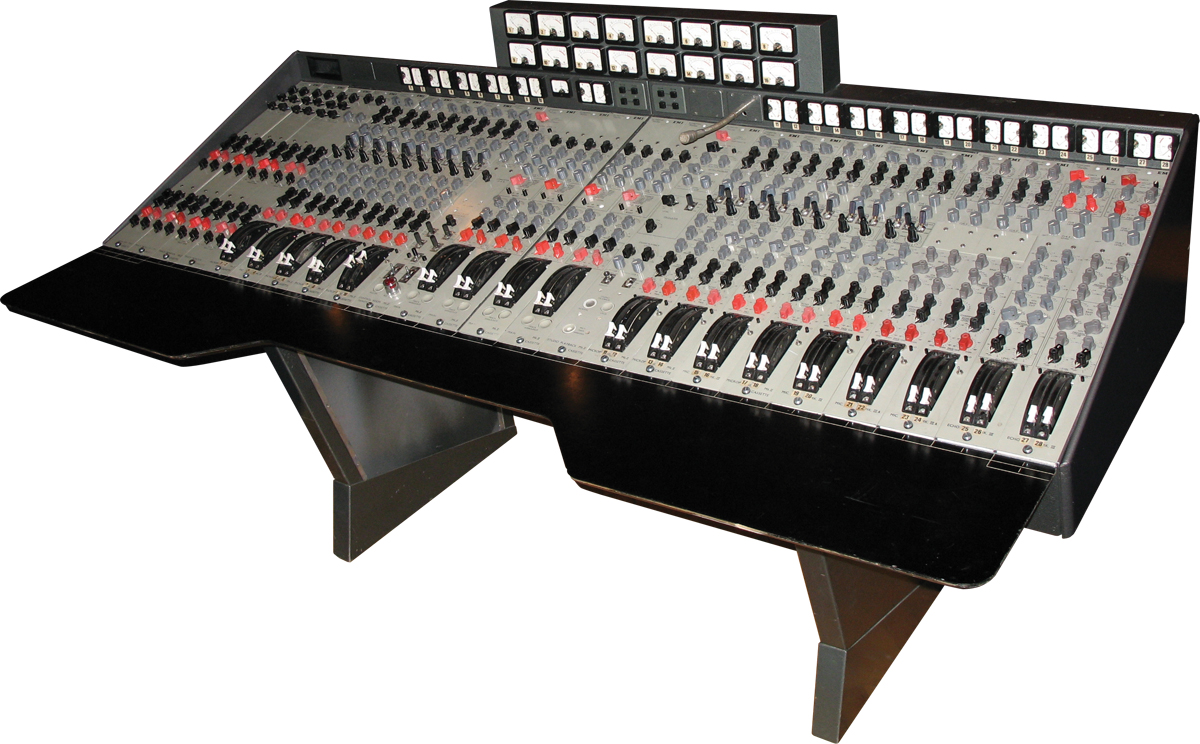 This Mk2 console was originally installed in EMI studios in Stockholm, Sweden. It’s now in a studio owned by a big-name musician just outside Chicago.

During the recording of The Beatles’ ground-breaking Sgt. Pepper album in 1967, it became clear to the engineers at EMI’s Abbey Road Studios that their existing setup was no longer able to meet the ever increasing demands of the Fab Four and other progressive-minded recording artists. Pepper had been recorded on four-track using an eight-input/four-output mixing desk originating from the mid-50s, but with the introduction of eight-track recording in 1968, a more comprehensive mixer was required. The TG12345 upped the number of microphone inputs to 24, with eight outputs feeding the new 3M eight-track tape machine that had recently replaced the Studer J37 four-track

The TG was EMI’s first solid-state mixing desk. Its modular design was an innovative (although now common) approach that enabled the quick replacement of faulty channel strips (or ‘Cassettes’ as EMI called them). The desk had 12 Microphone Cassettes each containing two input channels that could be used independently or as a stereo pair.

One of the main features of the TG was the inclusion of a compressor/limiter in each channel, unique in console design at the time. The compressor/limiter was based on the valve Fairchild and Altec units that EMI used in the 1960s, but being a solid-state device, their sound was not the same. Most engineers found the sound to be more aggressive than the old valve units and although popular, the trusty Fairchild 660s and Altec RS124s were still preferred for processing vocals and drums. Compression or limiting was selectable via a toggle switch, with COMP offering a 2:1 ratio similar to the Altec, and LIMIT giving a 8:1 ratio mimicking the Fairchild. 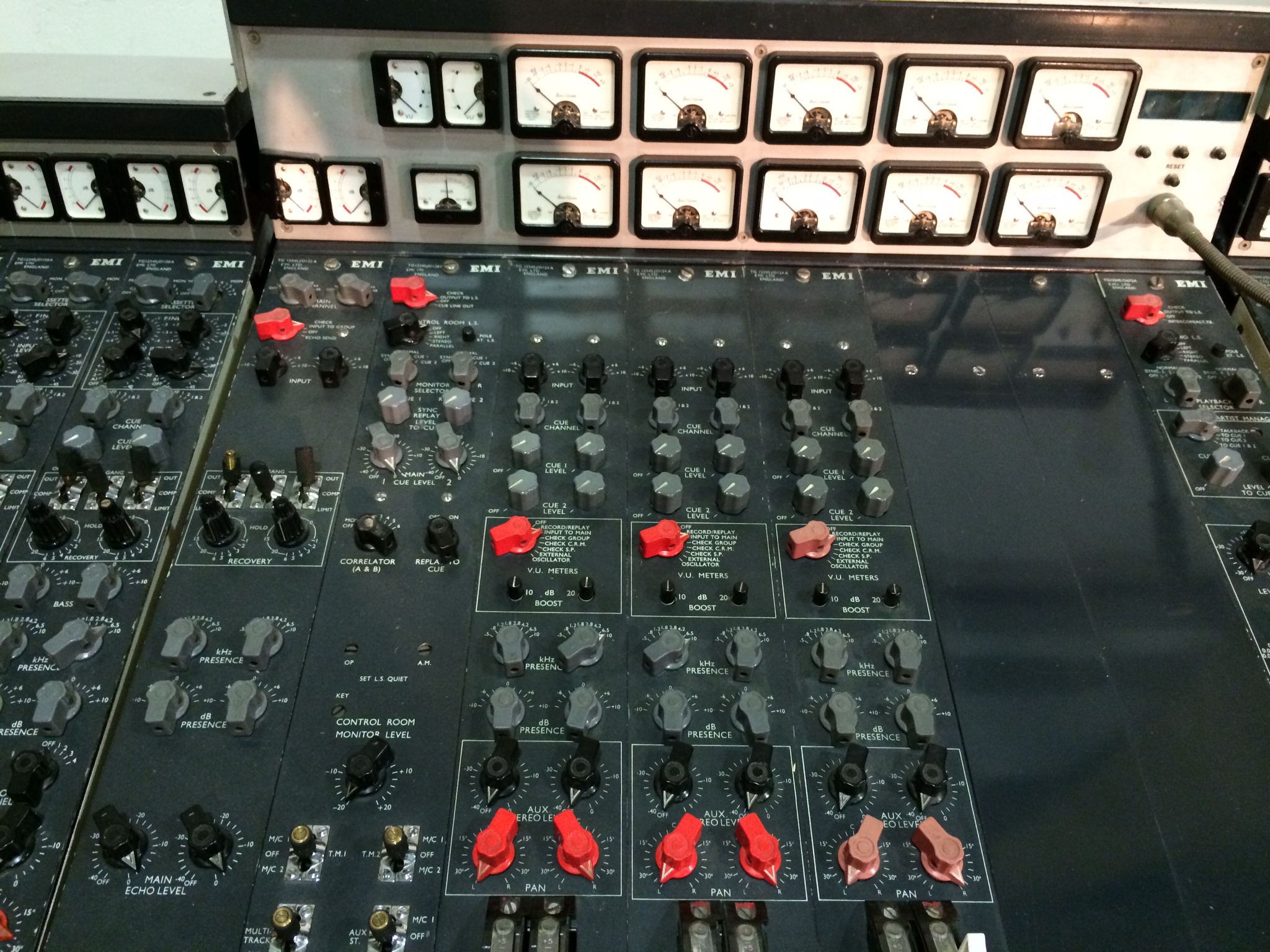 A six-position switch labelled RECOVERY allowed for the selection of six release times between 0.1 and 5 seconds, but the attack time was not adjustable. When working in stereo, the compressor/limiter could be linked by selecting LIMITERS GANGED via a toggle switch adjacent to the SPREAD control, which enabled the width of the stereo image to be adjusted. 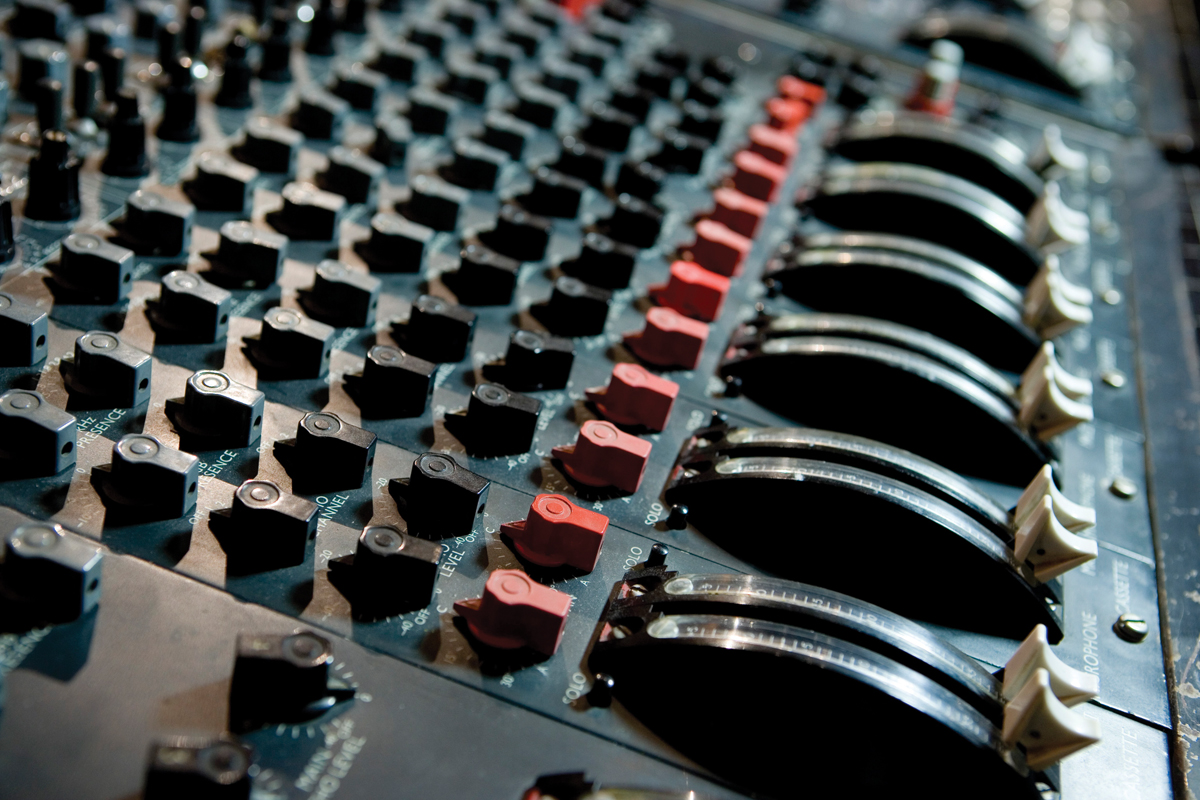 Another of the TG’s features was its expanded EQ, which offered wider scope for shaping sounds than the old EMI REDD desks that had gone before. Each input channel had independent controls for treble and bass. The treble control was a peaking EQ giving 10dB of boost/cut at 10kHz, and the bass control was a shelving EQ with 10dB boost/cut at 50Hz.

Additional EQ was available on the Group Cassettes (which allowed signals from the Microphone Cassettes to be combined) and Main Cassettes, which, as the desk’s main outputs, fed the eight-track recorder. This EQ was a presence control offering +/-10dB of treble adjustment at 500Hz, 800Hz, 1.2kHz, 1.8kHz, 2.8kHz, 4.2kHz, 6.8kHz and 10kHz. This presence control proved so popular with EMI’s engineers that it was included in every input channel on subsequent modifications of the console. Another popular feature of the TG was the independent VU meters on all input and output channels; earlier desks did not provide for metering of individual microphone channels. 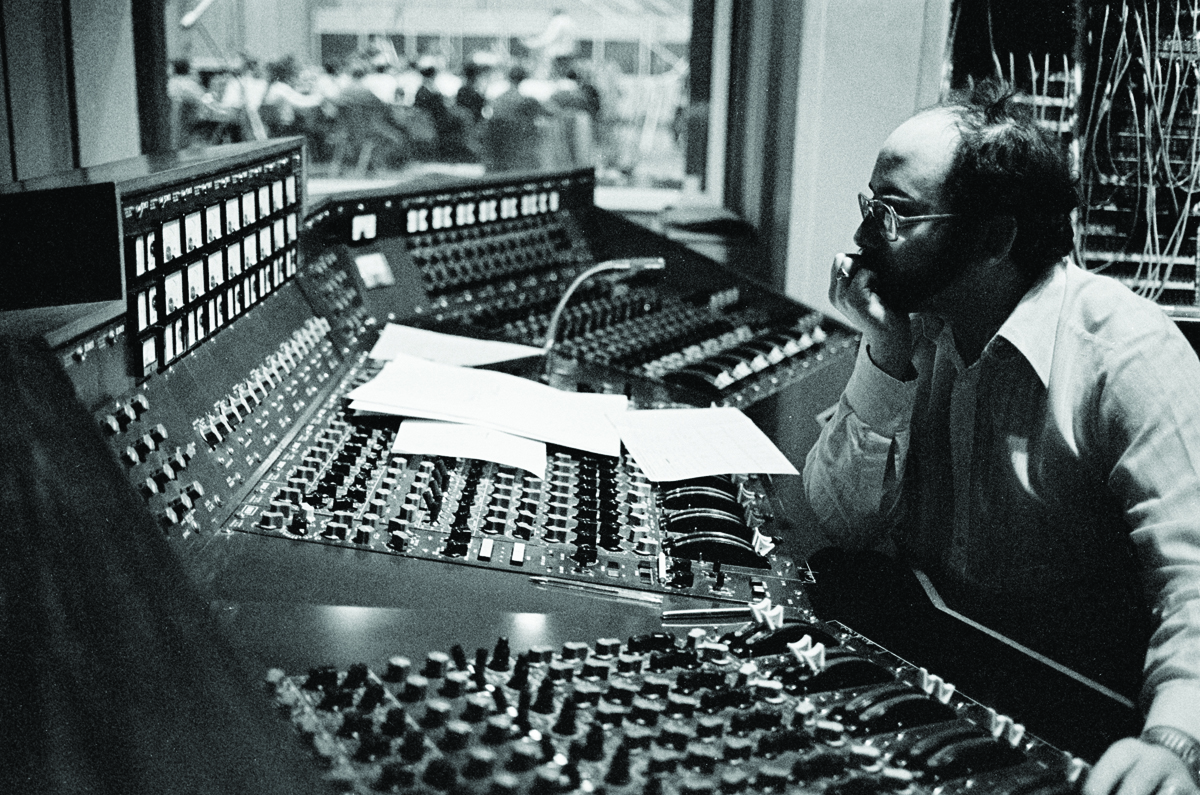 The solid-state TG12345 had a much smoother and brighter sound than the valve REDD.51 it replaced. Some engineers complained that they were unable to get the gritty, edgy sounds they had achieved by overloading the valves in the older desks. The only Beatles album recorded with the TG was Abbey Road, and comparing the sound of that album with previous ones clearly shows off the TG12345’s inherently clean nature. Many other classic recordings were made on the TG series of desks, including Pink Floyd’s Dark Side Of The Moon.

EMI donated the original Mark 1 desk to a London comprehensive school in the 1970s where incredibly, some years later, it was thrown away as rubbish. Luckily, it was spotted by a passer-by who managed to rescue most of it; now it survives in a private collection.