EastWest Voices of the Empire Review – A Truly International Collection

Offering a collection of Asian and Eastern European-influenced vocal timbre, EastWest’s Voices of the Empire gets truly international. Dave Gale takes a look… 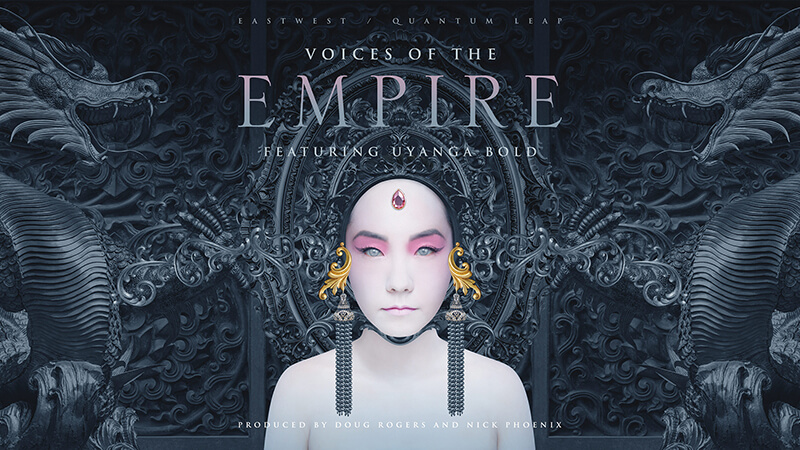 Voices of the Empire key features:

Anyone with an interest in soundtrack scoring cannot have missed the presence of ethereal vocals over the last 15 years or so. Once one score lit the vocal-lead touch paper, others followed, with further use of these vocal elements stemming back to the 90s, with artists such as Enigma and Deep Forest.

Bringing us bang up to date, EastWest’s new collection exploits the latest software developments to offer far more than just triggering of phrases.

As if to immediately nail the EastWest manifesto to the mast, all of the samples have been performed by the extraordinary vocal talent of Uyanga Bold. Apart from being a trained opera singer, she clearly has an internal switch which can be flicked to the raw and unadulterated sound that we hear here, which is largely a melting pot of Bulgarian, Serbian and Mongolian traditions.

Her talents have clearly not gone unnoticed, recently touring with last month’s MusicTech cover star Hans Zimmer, and being a featured performer in the performances of The Dark Knight. For most of us, the expressive nature of what she is singing is simply reduced to a beautiful collection of vocal colours, which are perfect for soundtrack work and beyond.

Loaded as part of EastWest’s reasonably new Play 6 virtual instrument, Voices of the Empire offers a concise set of menus delivering everything from sustained and legato patches, through to triggered phrases. Sonically, the essence of timbre is truly beguiling, so much so that it often sounds completely otherworldly, and almost electronic at times.

To get a flavour of what this library has on offer, I immediately headed to the phrase section, to hear the complete phrase-based performances. EastWest have helpfully organised these to fit in all 12 keys, or more accurately, be centred around the tonic of the 12 notes on the keyboard.

By the very nature of these largely improvised phrases, the tonality is more minor or sus chord-biased, making it quite nebulous in terms of tonality, but completely in-keeping with the tradition of the library’s roots. 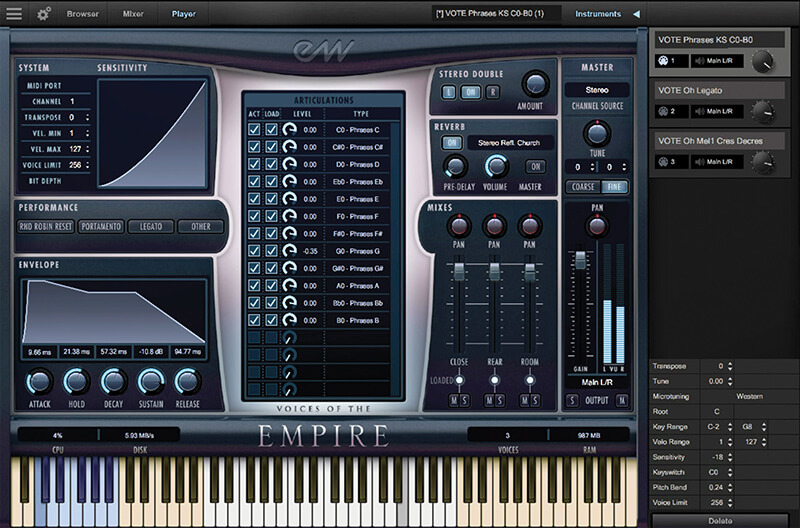 I always get a shade nervous when there is lyrical content to samples such as this, as you never want to run the gauntlet of placing a lyric in a TV show or film where it might be hugely inappropriate, but it feels abstract enough that we’re going to be pretty safe.

It is in these phrases where the real beauty of Uyanga Bold’s voice shines; the raw edge with the enormous inflection in both pitch and volume prove that this is the real McCoy, and offers exactly what many composers will have in their mind’s eye, as a flavour of vocal ethnicity.

Next, I moved toward the category labelled Words, where short words, often with either two or three syllables, are available to polyphonic performance. There’s a huge wealth of great content here, and I found myself being immediately transported back to the late 80s, when I first heard the legendary Trio Bulgarka.

The word samples are beautifully prepared, to offer complete synchronicity with each other, so the ability to create stunning triadic colours is very easy, and unbelievably effective. With each sample, it’s possible to control the start point of the sample with the modulation wheel, or another MIDI CC1 equipped pot or fader.

This leads to further options for control of the colour, and the ability to retrigger the sample without starting in the same location. Thanks to an additional key-switching section, all of the individual Word patches can be switched in real time.

This is highly impressive, as the continual change in timbre through these opens up some stunning possibilities, with my only worry being that by constructing your own vocal phrases, you could quickly end up with something akin to gibberish.

Moving to the legato patch, there is a small sense of swooping at the beginning of each note, with a small tail being left at the end of the previous note, as the next sample begins. In a slower, unravelling phrase, this works perfectly well, but where any sense of melodic movement prevails, the timbre seems to lose its sense of convincing acoustic sensibilities.

Another little trick up the legato patch’s sleeve is the ability to control different samples via velocity pressure. This yields a different sample, depending on how aggressively the user plays, which is a very useful feature, although some of the samples grow in stature from the trigger point, rather like a slow attack phase, which can break up the phrasing if not used appropriately.

To finish the patch list compliment, Sustain offers exactly what you would expect, but with a large element of choice; Melismas, Slurs, Vibrato and Non-vibrato held notes are all available, although strangely seem to appear with Legato switched on by default, meaning that you’ll need to switch this off, should you want to use it polyphonically, while the Combo patch completes the line-up, offering multiple articulations within single patches, with control via velocity or mod wheel. 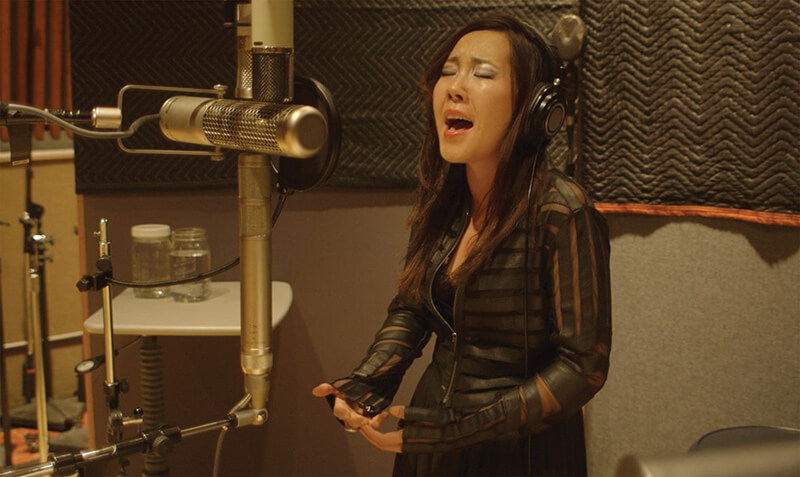 This library firmly falls into the category of doing exactly what it says on the tin. It’s a soloistic package demonstrating what a world-class performer can do, and recorded and presented in a beautiful fashion that will make it highly usable in certain settings.

As for how often you will need that setting, that’s for you to decide. If you’re working on a TV show which has elements of Eastern-European or Middle-Eastern scoring potential, you’ll probably find yourself reaching for this pretty quickly, and it could prove indispensable.

Away from that arena, how much you feel you need this will be dictated by the music that you write. There’s definite potential for use within styles of electronic and ambient music, but using it all the time will probably not be appropriate, as it could sound very tired with multiple use of the same colour.

Rise of the Empire

I have to be honest, when I first reached for this library, I wasn’t entirely sure what to make of it. The legato section is the one area which I feel falls a little short of where it could be, which I believe is largely down to the limitations of programming with a library of this kind. Some of the legato elements sound better than others, but for me it is the weak spot in an otherwise superb library.

The sonic quality is undeniably good, with a closeness and presence which is open to plenty of further exploitation, thanks to the control offered by the three mic settings; Close, Rear and Room. The differing colours available here blend superbly well, with even the room mic being crisp and bright, with stunning diffusion available from the rear mic recording.

One thing is for sure, other than the out-the-box phrases, which are stunning, you’ll have to work with this library and discover where it sounds peachy, a good case in point being the key-switched word patch, which offered so much control and contrast that I spent a good amount of time both experimenting and playing to discover what it could do, and in response to this, it is very capable indeed.

If you also factor in that this can be included as part of the EastWest Composer Cloud option, which makes numerous libraries available for $24.99 a month, it’s competitively priced and should be a big hit with many soundtrack composers and music producers alike. 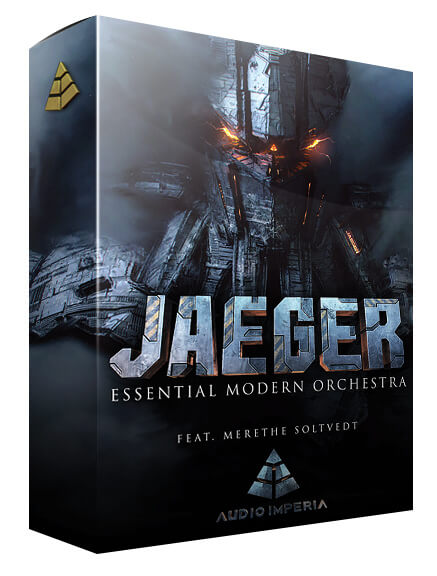 The Vocal elements are outstandingly good, with a lovely sense of Ethnicity alongside a Legato patch which is one of the best around. The other included instruments are also very good. Definitely recommended. 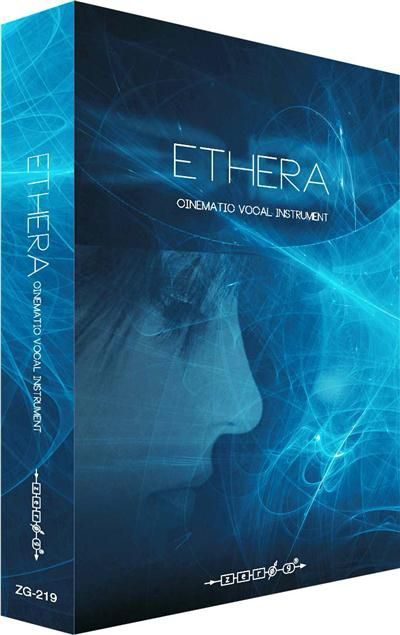 Zero-G have a few packages in their Ethera range, but the Mk2 Cinematic Vocal Instrument offers a very fine set of vocal samples, along that cinematic, ethnic quality that we all want for our soundtracks.