EastWest finally delivers its take on the virtual drummer theme with ProDrummer. Mark Cousins picks up the sticks. Details Price €249 Contact www.soundsonline-europe.com From the early days of BFD back in 2005, there’s been a steady explosion in libraries and software instruments focusing on virtual drumming. Indeed, the ‘virtual drummer’ has become so ubiquitous that […] 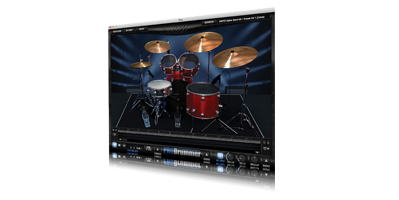 EastWest finally delivers its take on the virtual drummer theme with ProDrummer. Mark Cousins picks up the sticks. 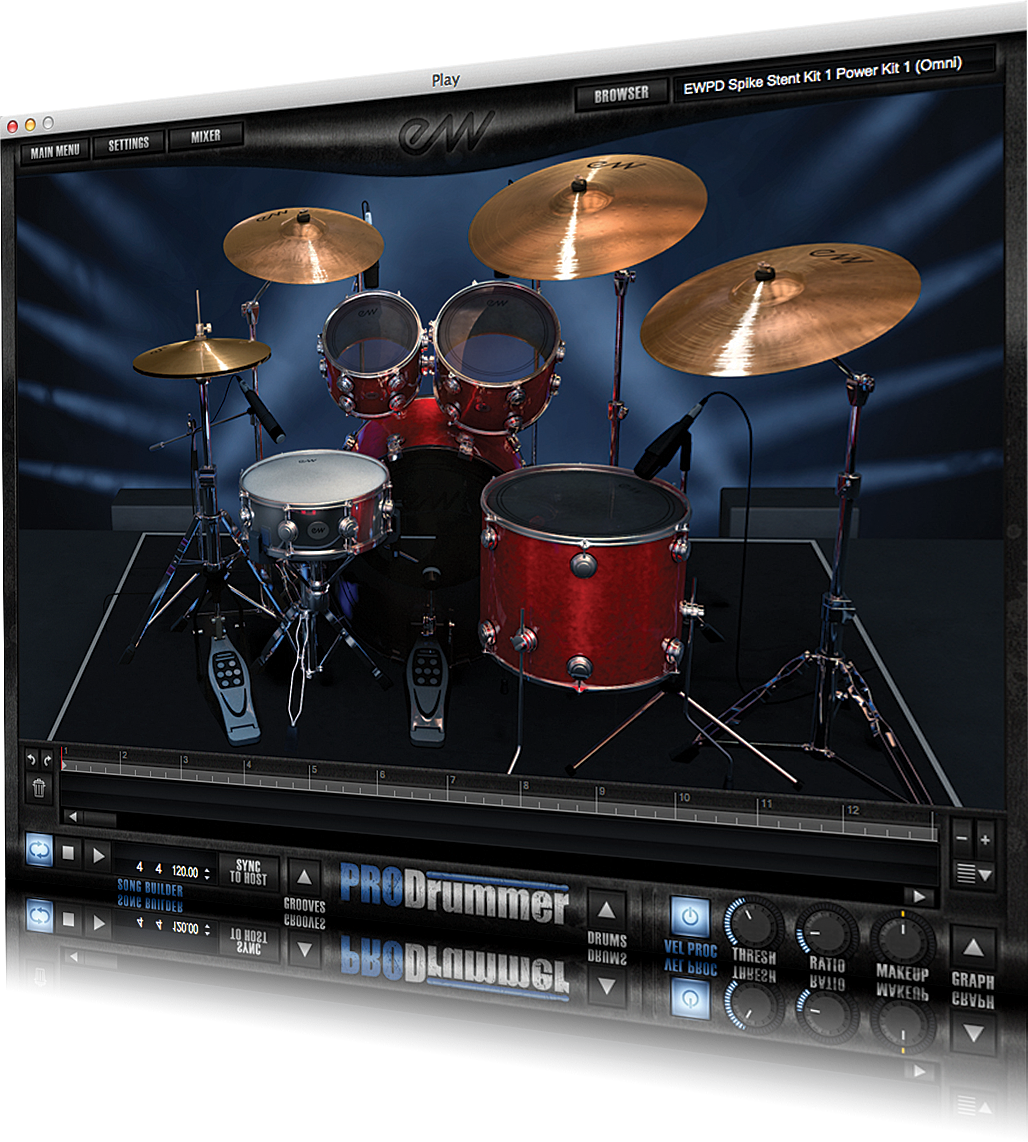 From the early days of BFD back in 2005, there’s been a steady explosion in libraries and software instruments focusing on virtual drumming. Indeed, the ‘virtual drummer’ has become so ubiquitous that even Logic Pro X ships with an integrated solution in the form of Drummer.

For a long while EastWest has remained relatively quiet in the virtual drumming arena, but now with the release of ProDrummer it finally has a PLAY-based solution.

At the current time of writing, ProDrummer is available in two flavours: Volume 1, produced by Mark “Spike” Stent, and Volume 2, produced by Joe Chiccarelli.

While the broad operational characteristics are the same between the two libraries, the choice of kits, mics, signal processing and drummer vary from producer to producer. In Mark “Spike” Stent’s volume, which we’re reviewing here, the library includes over 60GB of drum samples using kit elements from Drum Workshop, Slingerland, Gretsch, Ludwig, Yamaha, Orange County, Zildjian drums, hi-hats and cymbals, all tracked across five different rooms.

Kit Piece
As you’d expect, ProDrummer works with the latest version of EastWest’s Play system, with its own custom-designed UI to reflect some important parts of its functionality. The Browser and Mixer views will be familiar to anyone who’s used Play before, letting you browse and load the kits, as well as control the mix of the drum elements. 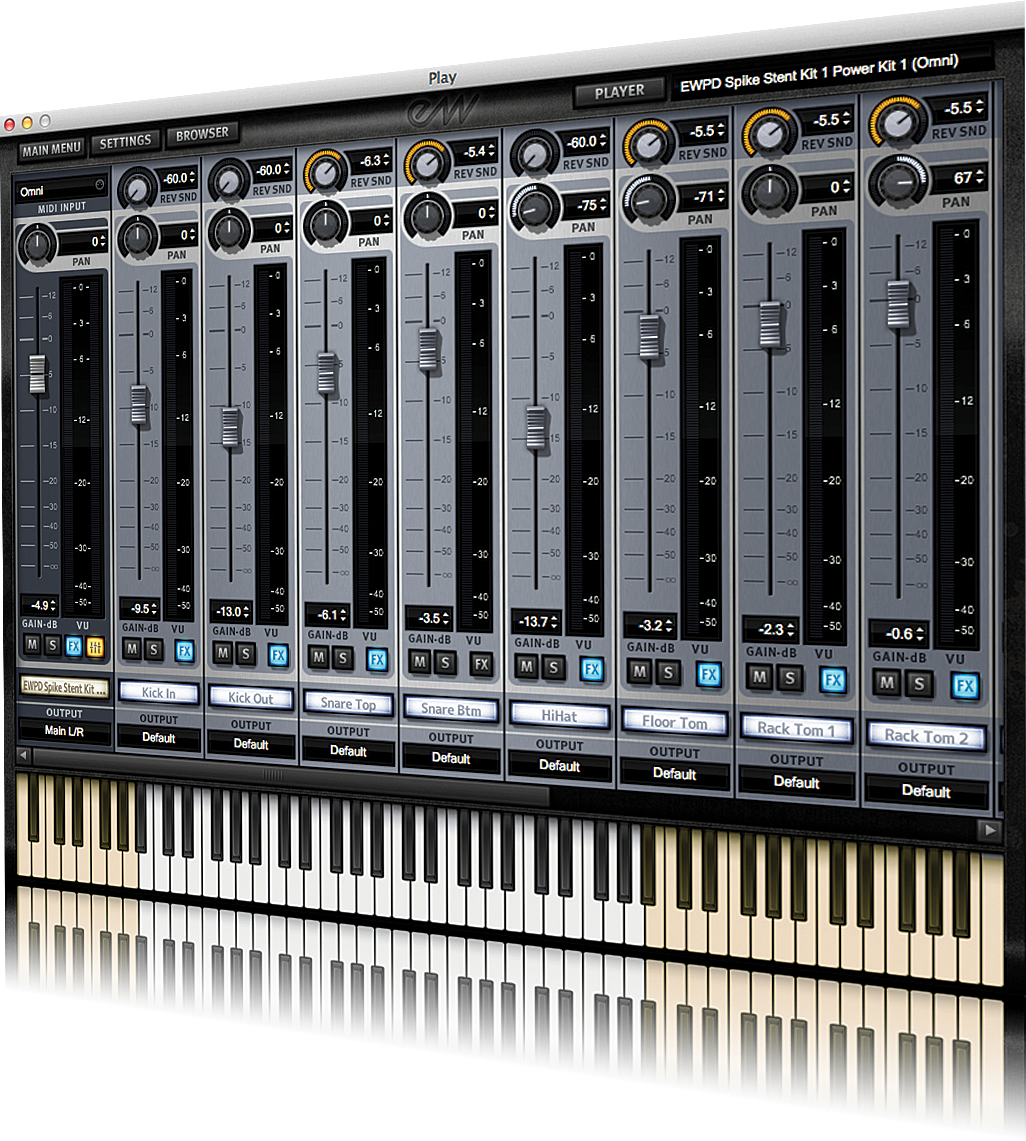 Alternatives
Some of the most well respected solutions for virtual drumming include FXpansion’s BFD3 (£229) and Steven Slate Drums ($249). Both solutions feature a range of mixing and processing options as well a selection of in-built grooves. If immediacy is important, check out EZdrummer 2 (€139). It has some great groove construction tools, but its mixing is more closed-off.

Grooves
One big difference to other Play libraries is the main Player view, which provides a UI more familiar to that of other virtual drumming software. Towards the bottom of the interface you’ll find a Song Builder, which works with the MIDI Grooves included with the library, letting you build a complete performance from within Play

You can audition different Grooves via the Groove Browser as well, using a drag-and-drop feature to export Grooves directly into your DAW. Though effective, the Groove selection and arrangement features aren’t in the same league as some of the dedicated solutions, such as EZDrummer 2, or for that matter, Logic Pro X’s Drummer.

Another interesting feature found on the Player view is the Velocity Processor, which was active on all the kits we loaded. In effect, the Velocity Processor works as a form of MIDI-based compressor, narrowing the dynamic range of your performance so that it triggers the more powerful samples. 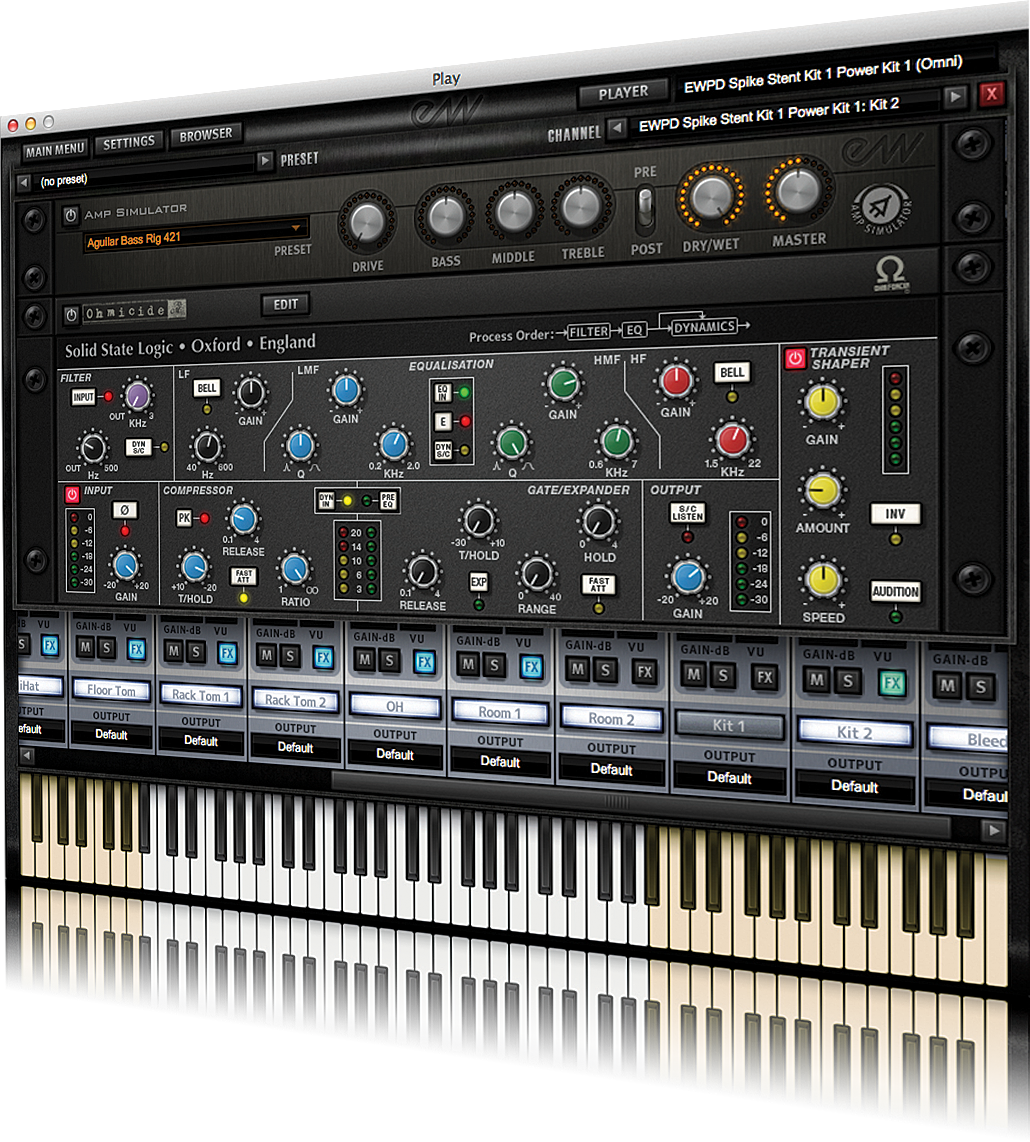 Working alongside the MIDI Grooves, the Velocity Processor is a great way of quickly transforming the performance characteristics, although if you’re just auditioning the samples, it could lead you to incorrectly conclude that the samples lack dynamic range.

Given the 60GB expended on recorded the samples, the drum kit samples sound great – from the big and airy sound of LA Tracking Room, through to the more lo-fi roominess of the LA Kitchen. The Master version of each kit provides the drums in their raw recorded form, while other variations deliver versions using Play’s inbuilt signal processing, using clear style-driven names like Rock Drums or Punk.

Skins
Taken as a whole, ProDrummer succeeds more as a source of high-quality drum sounds, rather than as an integrated solution for virtual drumming, like the aforementioned EZDrummer 2.

Certainly, if you like manipulating the sounds – albeit the variety of mic channels, or the wealth of high-quality internal signal processing – then there’s a lot to like about ProDrummer 2. Unlike many of EastWest’s orchestral libraries, though, ProDrummer doesn’t really raise the bar on what we would expect from a virtual drummer, but given the strength of the competition that’s clearly a hard task nowadays. 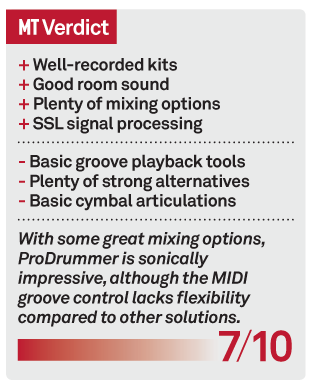