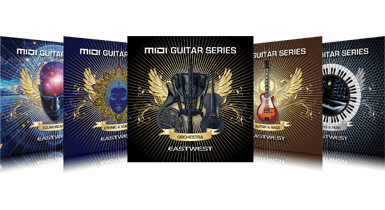 Can EastWest and Fishman’s collaboration give guitarists the same flexibility as keyboard players when it comes to virtual instruments, asks Mike Hillier? 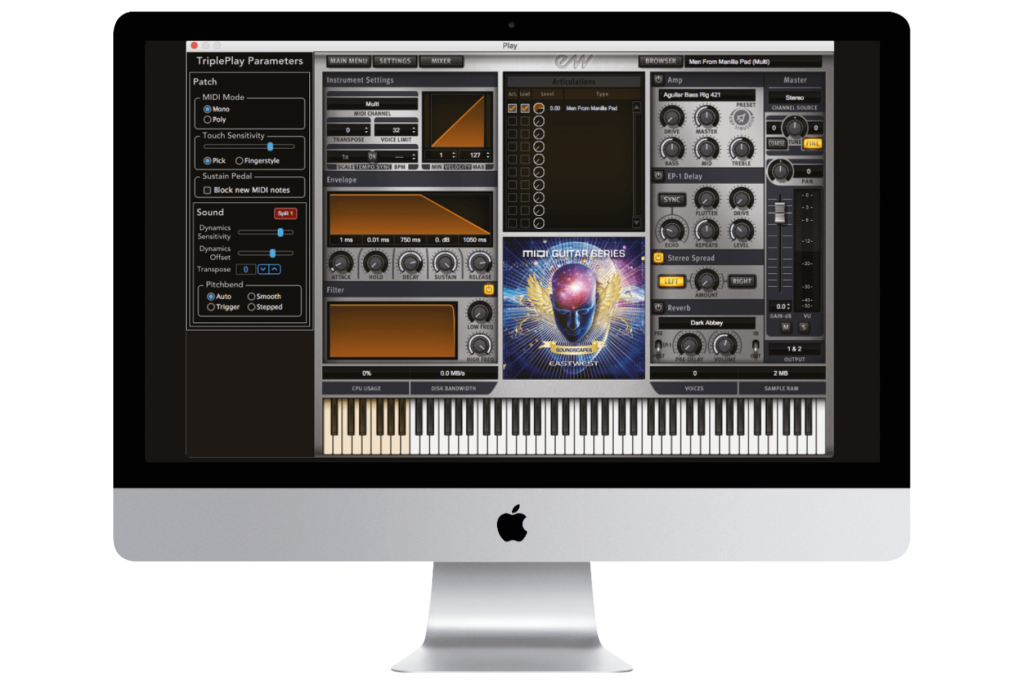 MIDI controllers for guitar are nothing new. Hexaphonic pickups have been around a long time now, and while latency was once a problem, faster processing and better pitch-detection algorithms have meant this been considerably reduced.

Yet, most guitarists have found interfacing their instruments with samplers and synthesisers to be more of a chore than a creative endeavour, and many will prefer to fumble their way around a MIDI keyboard than attempt to integrate their axe with virtual instruments.

While the technological reasons for avoiding MIDI guitars have been overcome, the software instruments themselves are usually designed with keyboards in mind. And this is where EastWest has stepped in. The company has teamed up with Fishman to deliver a complete MIDI guitar solution, using the guitar-pickup experts’ TriplePlay Wireless MIDI controller hardware in tandem with the TriplePlay software, with optimised versions of EastWest’s sample library.

The Fishman controller itself comes with a selection of mounting accessories, designed to make it very simple to attach the pickup (and attached controller) to any style of guitar. For users who aren’t worried about making the pickup a permanent feature of their guitar, the magnetic mounting ring can be attached with adhesive to the body of the guitar. This is a small, flat, four-inch C-shaped device which the controller will magnetically attach to.

However, not wanting to apply adhesive directly to our Strat body, we used the metal end-pin mounting mechanism, which adds a metal bracket to the base of the guitar – attached by loosening the strap pin and sliding the bracket’s tongue between the strap pin and the guitar body.

Once retightened, the strap pin held the metal bracket in place and the magnetic mounting ring could be attached to that rather than the body of the guitar, with no permanent change to the guitar itself.

The manual suggests using adhesive (there’s a peelable adhesive layer) to hold the magnetic ring in place, and for gigging, that is probably advisable, but otherwise, we found it remained in place throughout testing without this, thus enabling us to switch from the flat-top bracket to an arch-top bracket in future, should we feel the need to move the pickup from one guitar to another.

With the controller body held firmly in place, the next task was to fit the pickup itself. This isn’t so easy to attach without sticking something directly to the guitar itself, but at least it’s only to the pickguard.

The box comes with a selection of different-sized plastic pickup mounts, for use with guitars of varying action above the pickguard; we used the thinnest of these, as there really isn’t much room on a Strat between the pickguard and the strings. With this in place, the pickup simply slides into position.

The wireless receiver then simply plugs into any USB port on your computer – it’s no bigger than a dongle. Charging of the controller is done via USB, too, which is another reason why it’s better to use the mounting options than adhere the controller and pickup directly to the guitar – as you can quickly remove them for charging, without having to have your guitar set up next to the charger. 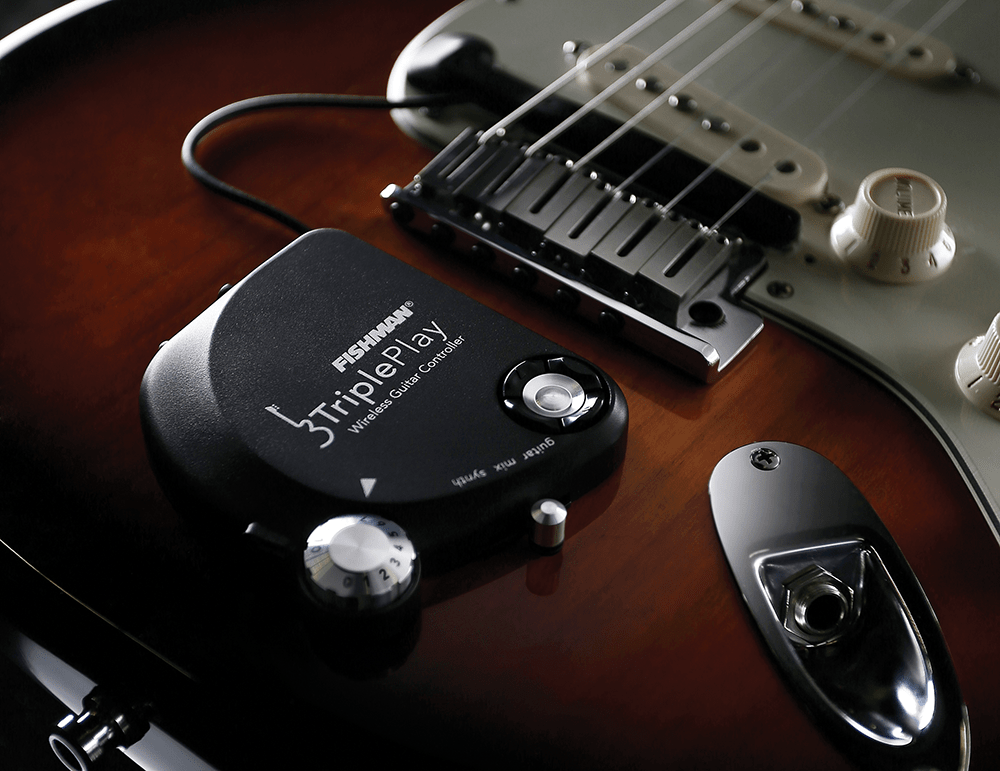 The EastWest MIDI Guitar Series is firmly aimed at guitarists, and primarily those who haven’t also developed their keyboard skills to a reasonable level. If this is you, and you’ve been wanting to include sample instruments in your productions, then there really isn’t a better way of doing that right now than with the Fishman pickup and these EastWest sample libraries.

The Fishman Controller can be used as a basic MIDI controller, with any MIDI-compatible virtual instrument; but to really get the most from it, you need to use the controller with the bundled TriplePlay software.

This software acts as a multi-channel plug-in host, with separate channels for the direct guitar signal – which can be further effected with amp and effects simulators, and the synth signal, which uses the guitar as a MIDI controller.

These can be used independently, or mixed to generate custom-guitar sounds, blending an effected guitar signal with a synth or sampler. Patches combining multiple channels, instruments and effects can all be created and saved inside the TriplePlay software.

TriplePlay also supports layers, enabling you to set up specific virtual instruments on specific strings of the guitar, so you could, for instance, have a bass sound on the sixth and fifth strings, and a pad on the remaining four.

The EastWest libraries are designed to be loaded from within the TriplePlay software, using the TriplePlay preset manager to make sure the TriplePlay parameters that have been programmed with the instrument stay intact. To do this, you click the blue folder icon and you’ll see each library’s presets.

Currently, there are five libraries in the EastWest MIDI Guitar Series; Vol 1. Orchestra, Vol 2. Ethnic And Voices, Vol 3. Soundscapes, Vol 4. Guitar And Bass, and Vol 5. Keyboards And Percussion. Each of these is specially adapted from a broad range of EastWest’s existing libraries, and includes some incredibly detailed and playable sounds.

The orchestral collection includes not only solo instruments, but also ensembles played in a variety of styles and all mapped out ready for use across the six strings of a guitar. Some of these sounds work with standard playing styles, responding dynamically, and producing an end result that – for guitarists – will have a much more natural feel than if they’d played it in on a keyboard. Some sounds, on the other hand, take a little thought.

Percussion sounds, for example, can be little confusing at first. It doesn’t really make sense to play timpani with standard guitar-playing styles. Similarly, the drums and percussion in the fifth volume take a little getting used to when played on guitar. But guitarists will still probably find reacting to the instrument they’ve loaded up more convenient on their own instrument than adapting to a keyboard.

For those who’ve already picked up some keyboard skills, then some of these collections will appeal more than others. The keyboards and percussion perhaps play best on a keyboard in the first place, but the stringed instruments and the guitars and basses all work better when played from a guitar than a keyboard. Which will mean these musicians now get to play each sample instrument on the MIDI instrument which best maps to the sound they’re trying to create.

In particular, we enjoyed building long evolving textures, using instruments from Vol. 3 Soundscapes alongside a distorted bass guitar from Vol 4. Guitar And Bass, and blending this with a distorted, modulating, reverb-heavy guitar tone. However, simply loading up the sounds is only half of the fun of using TriplePlay.

The real fun comes from mapping out interesting and unique patches making use of combinations of sounds across different strings, and blended with an effected version of the guitar’s natural tone. 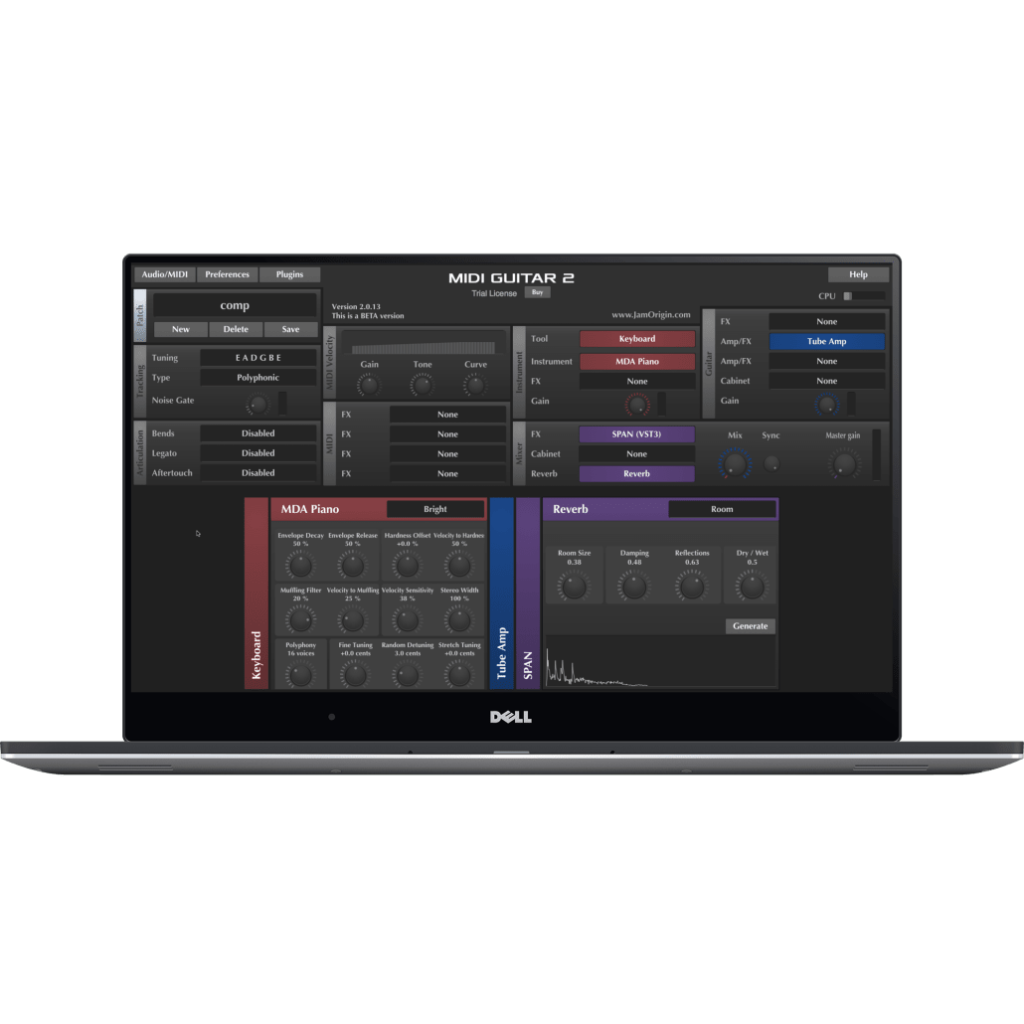 This software suite has real-time pitch-to-MIDI conversion, a selection of instruments and effects, and plug-in hosting. It has polyphonic pitch tracking, but doesn’t use a hexaphonic pickup, so it can’t map sounds to specific strings. 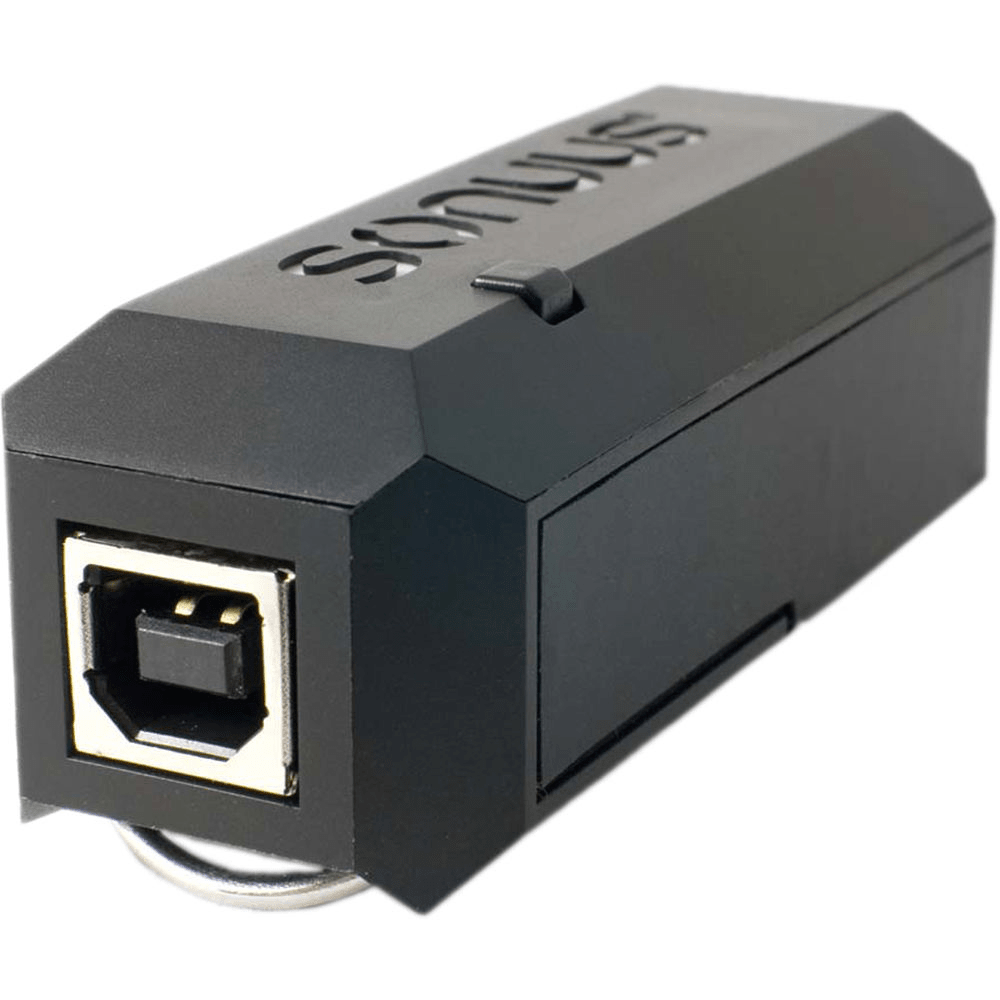 If you aren’t keen on having an additional pickup stuck to your guitar, but want a hardware unit to take the strain off your CPU, the i2M is a guitar-to-MIDI converter and interface in one. The i2M is optimised for guitar, bass, and voice/wind instruments.