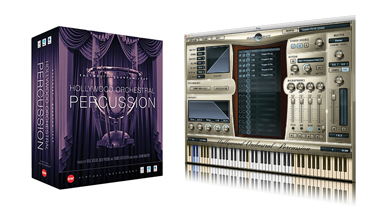 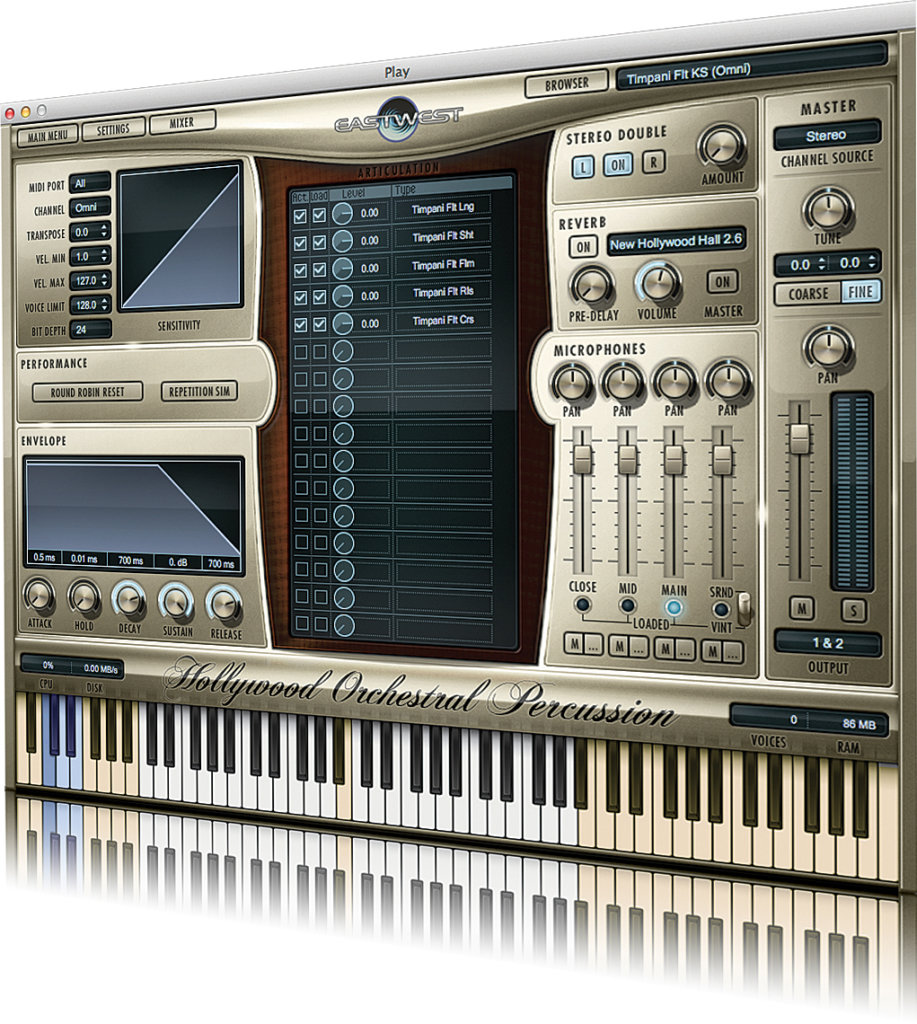 Notably, all the libraries have utilized Shawn Murphy’s sonic mastery, whose work as a scoring mixer with John Williams, Danny Elfman and James Horner has defined the Hollywood sound. 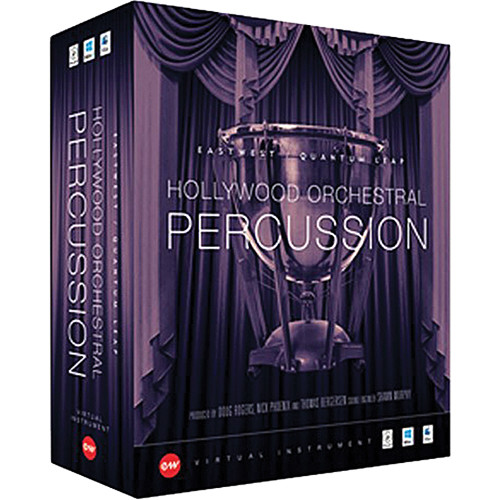 Perc Up
Totaling over 75GB of data, Hollywood Orchestral Percussion certainly lavishes plenty of attention on the percussion section, making many competing libraries seem somewhat diminutive. Looking more closely at the library, it’s clear to see where the efforts have been expended, with a range of articulations and playing styles on each instrument as well as an assortment of phase-locked mic positions (Close, Mid, Main, Surround and Vintage).

Another detail is the range of choice within each instrument type, so rather than having one snare drum, we’re presented with three Ludwig and two Pearl variations as well as a variety of Field Drums.

Unlike many competing libraries, Hollywood Orchestral Percussion stays loyal to EastWest’s own sample engine, Play. While Play lacks some of the versatility of Native Instrument’s Kontakt (the additional SSL signal processing, for example, requires a paid upgrade), it’s still a competent performer with many likeable features, as well as a clear easy-to-use interface.

The library is organised into key instruments – Cymbals, Drums, Metals and Wood – as well as a folder of Combo kits that includes the key orchestral percussion sound mapped across the full range of the keyboard. Most instruments map the different articulations across the keys, although with Timpani you can use a keyswitched instrument, or assign individual articulations to their own MIDI channel. 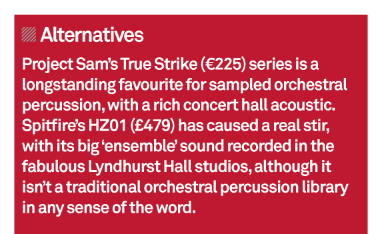 Hollywood Sound
Of course, the key part of any library is its sound and the expressive possibilities of the instruments. Sound-wise there’s a key difference between many of the libraries sampled in a large orchestral soundstage ambience (like Air Lyndhurst, or a concert hall for that matter) and the EastWest libraries sampled in Studio 1.

In some respects, I enjoyed the controlled acoustic of the room, which seemed to wrap nicely around the percussion instruments, rather than creating a long reverb tail that clutters the mix. Although the main mics have a pleasingly ‘roomy’ sound, the addition of the close set adds a flattering level of detail, which is important if the part needs more focus in the mix.

As with Storm Drum 3, which I reviewed a few months back, it was good to see the attention to detail when it came to sampling the instruments. There’s a healthy amount of Round Robin articulations, and when it comes to instruments like the Celesta, it was good to see both short-note versions and a sustained version, whereas most competing solutions sample just a single length. Being a little picky, it might have been good to see a greater variation of sticks/beaters on instruments such as the Vibraphone and Marimba, although it’s worth noting that the all-important Timpani comes with both Felt and Hard beaters.

East Meets West
While other libraries seem to explore an increasingly esoteric approach to orchestral percussion, it’s great to see how modern sampling technology can be used for a traditional percussion section. More than anything else, it’s the choice on offer in Hollywood Orchestral Percussion that really makes it stand out from the crowd, letting you tailor your sound to the music in question.

Although Hollywood Orchestral Percussion possibly misses a trick in comparison to some of the more creative libraries, its naturalistic, lifelike sound certainly makes it a desirable entity, and a great addition to a sample-based orchestral score. 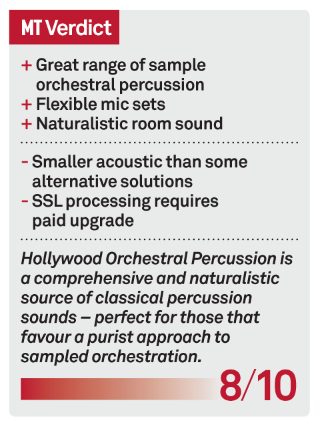 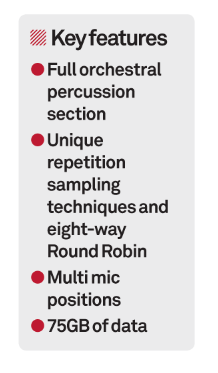