As the diminutive iPad DAW from German pioneers Steinberg reaches its third incarnation, it’s been rewritten from the ground up. But is it an improvement? 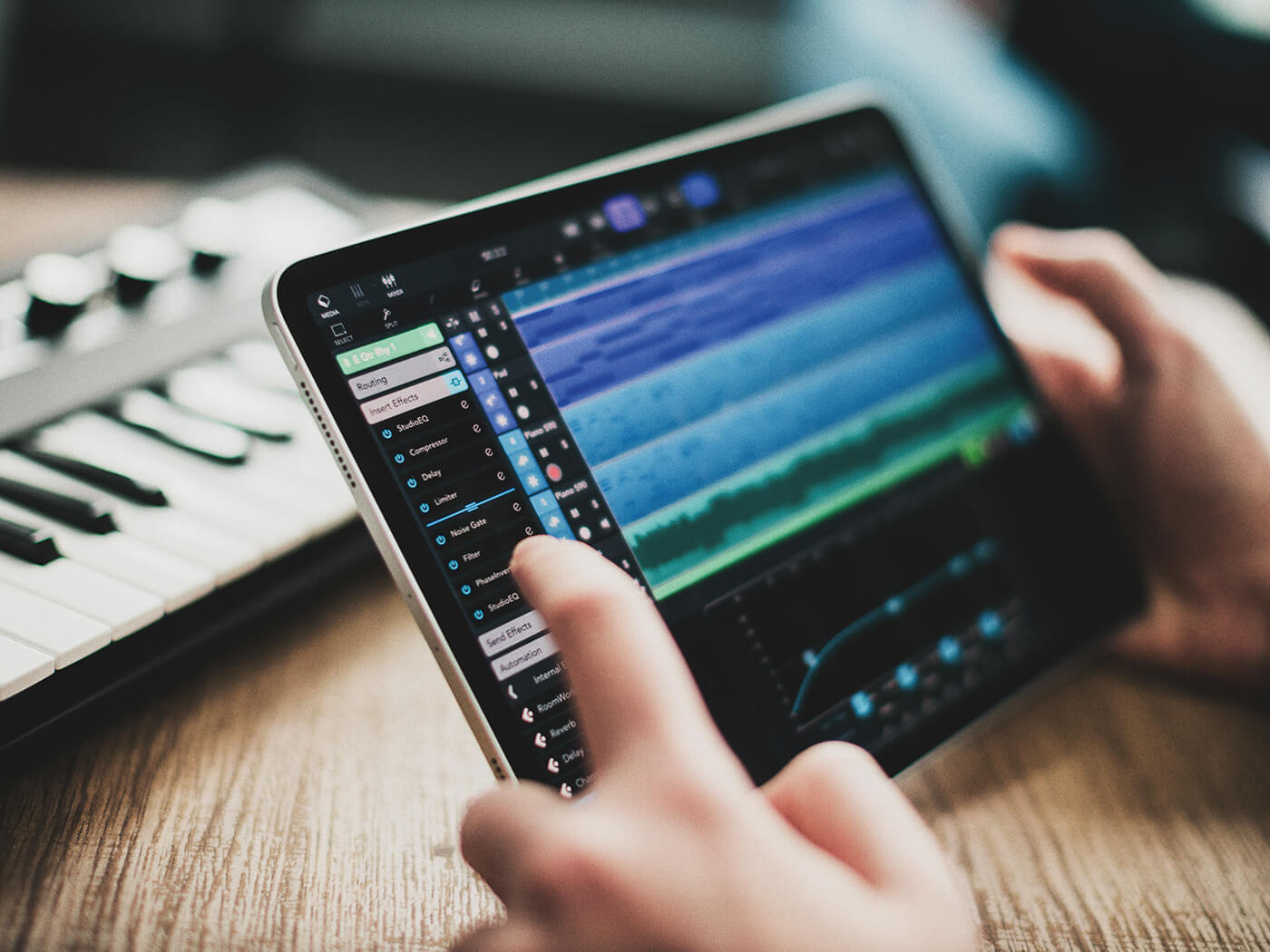 It’s tough to believe that the iPad hit its 10th birthday this year. Many weren’t impressed when they first clapped eyes on Apple’s then-latest shiny gadget. To some, it looked like an oversized iPhone with none of the practical purpose – a solution looking for a problem. They were wrong, of course.

But even still, the early iPad models were very much media-consumption devices, not media-creation devices. For those involved in the production of media, whether it be music or something else, this placed the iPad firmly in the not-for-serious-work category. But the past few generations of iPad have proved many wrong again. Apple has crammed more and more processing power into its devices, further blurring the lines between tablet and laptop. This has led to a slew of ‘serious’ apps, including DAWs, synths, and the like.

Cubasis was originally the name given to a cut-down version of Cubase but Steinberg repurposed it when they released their first DAW for the iPad. With the newly released Cubasis 3, Steinberg has rewritten the app, taking advantage of the rapid increase in mobile-device power to add a host of new professional features. Better still, Cubasis 3 is now available for iPhone too, meaning that no matter where you are or what you’re doing, you can now have a studio in your pocket so you can record the moment when inspiration strikes. 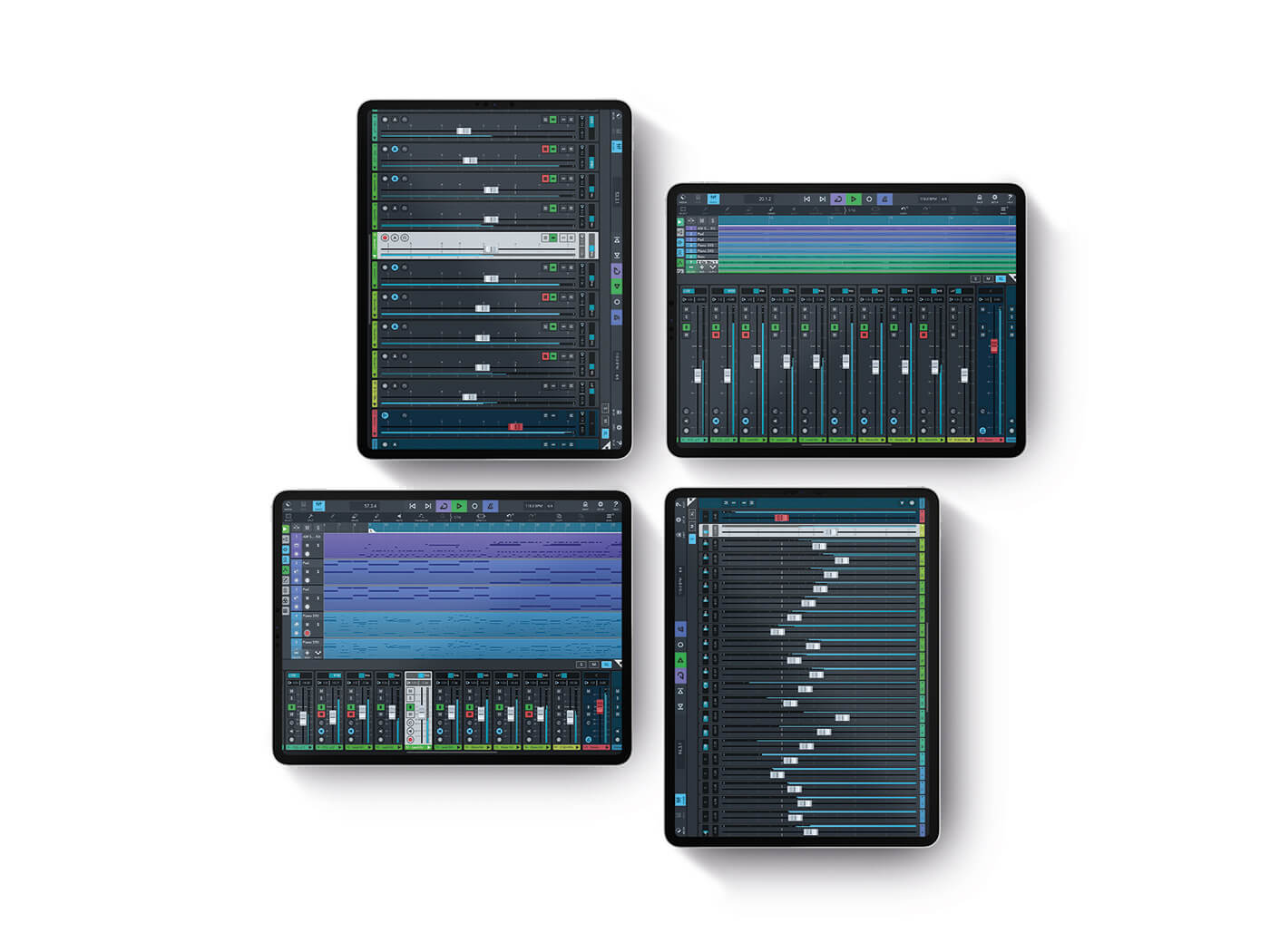 Although developed as a completely new app for iOS, Cubasis bears an uncanny resemblance to its big brother, so if you’re already a Cubase user, you’ll feel right at home with Cubasis. The main arranging view is dominated by a timeline and tracklist, as is the norm. To the left is an inspector panel that provides access to the details of the currently selected track. The top and bottom borders of the window are filled with buttons that open panels, provide transport controls and tool palettes, and trigger primary functions. It’s quite a crowded interface but it’s not quite cluttered, and it remains intuitive to use, thanks in no small part to the clarity of the icons and labels. There’s also a built-in keyboard that can be popped open at any time, and that can be switched to a chord/drum pad too.

Cubasis offers three track types – audio, MIDI and, new to Cubasis 3, group – and there’s no limit to the number of tracks you can have within a project (which is just as well, given that there’s no support for track versions). Assuming you have appropriate hardware connected to your Apple device, Cubasis 3 can handle up to 24 channels of audio I/O at sample rates of 44.1kHz, 48kHz and 96kHz, and resolutions of 16 bit or 24 bit.

If you don’t have any iOS-compatible audio I/O hardware, you can use your Apple device’s in-built mic and do everything else entirely in-the-box. If doing this, you can make use of the 550 included audio and MIDI loops, 18 effects and three instruments that feature a total of 301 patches. You can also bring your own samples and content into Cubasis, although if you want to use content that isn’t already stored on your device, you’ll need to use iCloud or connect to your computer to move those files across.

All tracks have eight insert effect and eight send slots. The included plug-ins cover all the main bases – reverb, delay, EQ, dynamics and so on – and you get an additional reverb plug-in, RoomWorks SE, upon registering your app purchase with Steinberg. Further plug-ins are available as well-priced in-app purchases, including three from Waves. No doubt the number of purchasable plug-ins will grow in time too. AU plug-ins are also supported. 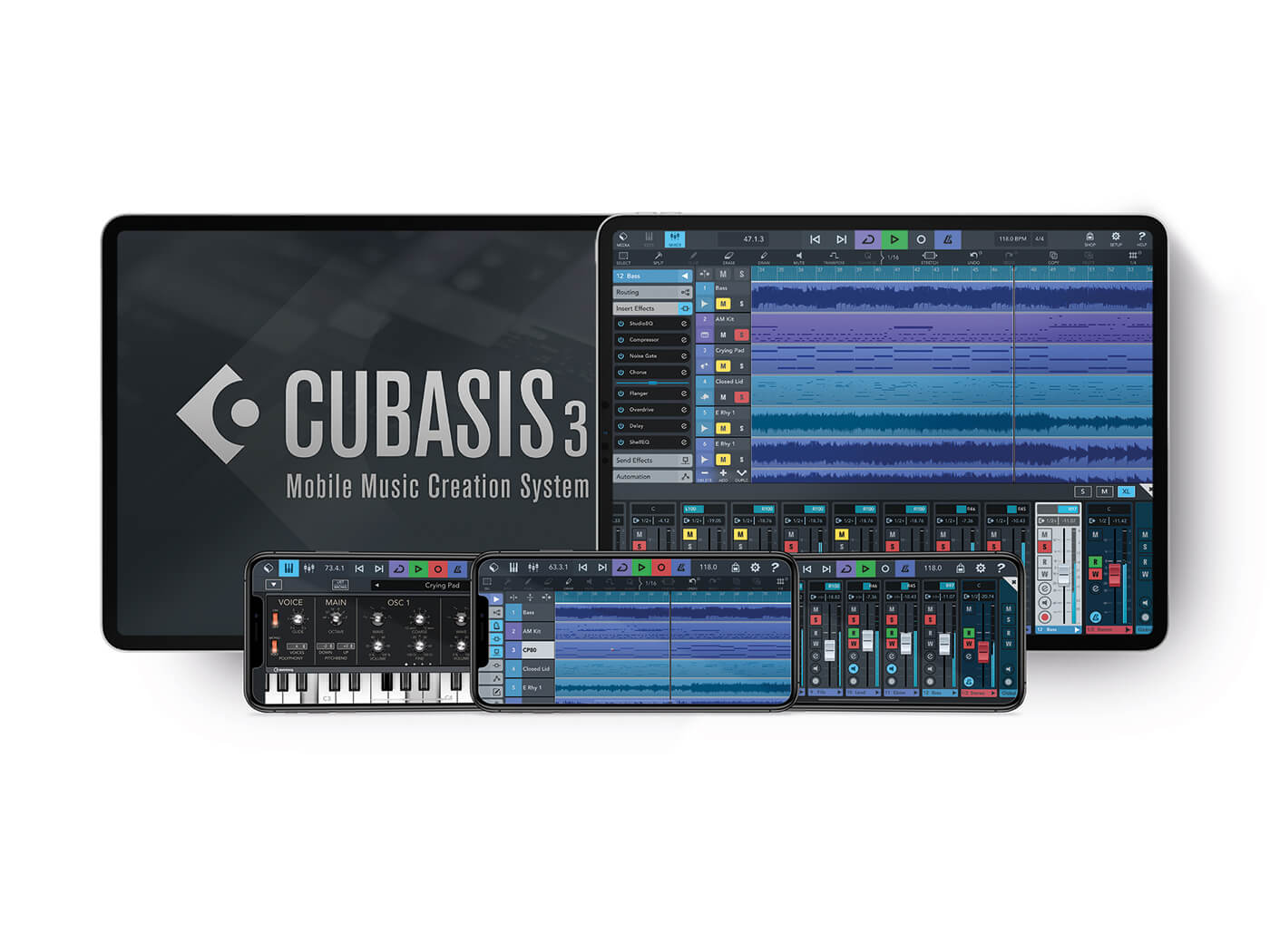 MIDI tracks can be used to drive external MIDI hardware (assuming you have MIDI connectivity on your iThing), can access the iOS inter-app bus if you have any standalone instrument apps installed, and can have a plug-in instrument assigned to them. MIDI tracks also have slots for MIDI processors but, at present, none are included and none are available as in-app purchases. We’ll have to wait and see what comes of these.

The three bundled instruments are Microsonic, MiniSampler and Micrologue. Microsonic is based on Steinberg’s HALion technology, and is essentially a player for HALion presets. Although lacking in the way of tweakability, the library of patches provides a wide selection of useful sounds to work with. MiniSampler is, as the name suggests, a simplified sampler. It comes with a library of sounds but you can also create your own patches from scratch.

What’s cool here is that, if you encounter an interesting sound while out and about, you can use your device’s built-in mic to record it directly into MiniSampler, from which you can them begin to build an instrument or loop with it. Micrologue is a two-oscillator subtractive synth based on Steinberg’s Retrologue instrument – and with the same excellent sound. It comes with a superb set of preset patches but is fully programmable too, which is an especially fun experience when using a touchscreen with the instrument’s retro-styled interface. 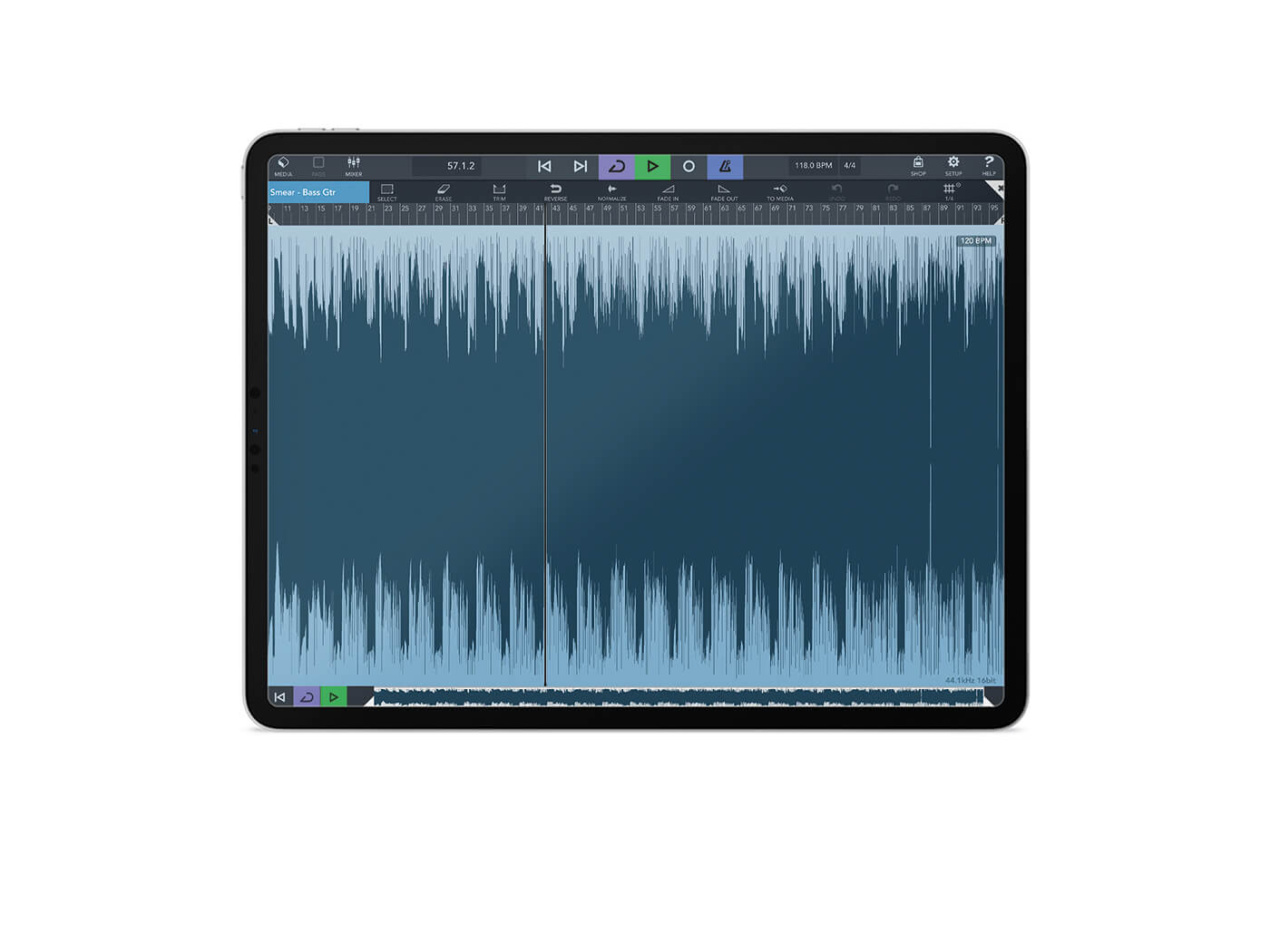 You can add an arpeggiator and step sequencer module to Micrologue for £4.99. A fourth instrument, Classic Machines, a collection of 12 drum machines with built-in pattern sequencers, is also available as a £6.99 in-app purchase. Touchscreens were made for this sort of thing. In-app purchasing can be a slippery slope too but Cubasis’ prices aren’t unreasonable given what you get for them.

Many were justifiably dubious about how well something as complex and power-hungry as a DAW would make the move to mobile devices but Cubasis 3 should dissolve that scepticism. The interface is utterly intuitive, highly responsive and a joy to work with. It also scales perfectly, whether you’re using it on iPad or iPhone. The functionality and smoothness of operation is impressive, the bundled instruments and effects provide plenty of options, and the quality of results speak for themselves.

There is something of a dichotomy inherent to mobile DAWs such as Cubasis 3. It’s all well and good if you’re working with pre-recorded sounds and plug-in instruments, and are happy working on headphones. But if you want to capture a live performance or work with proper monitors, you’ll need an audio interface, Lightning port adapters, a power supply for the interface… and before you know it, your ultra-portable studio is just a regular studio with a tiny screen. 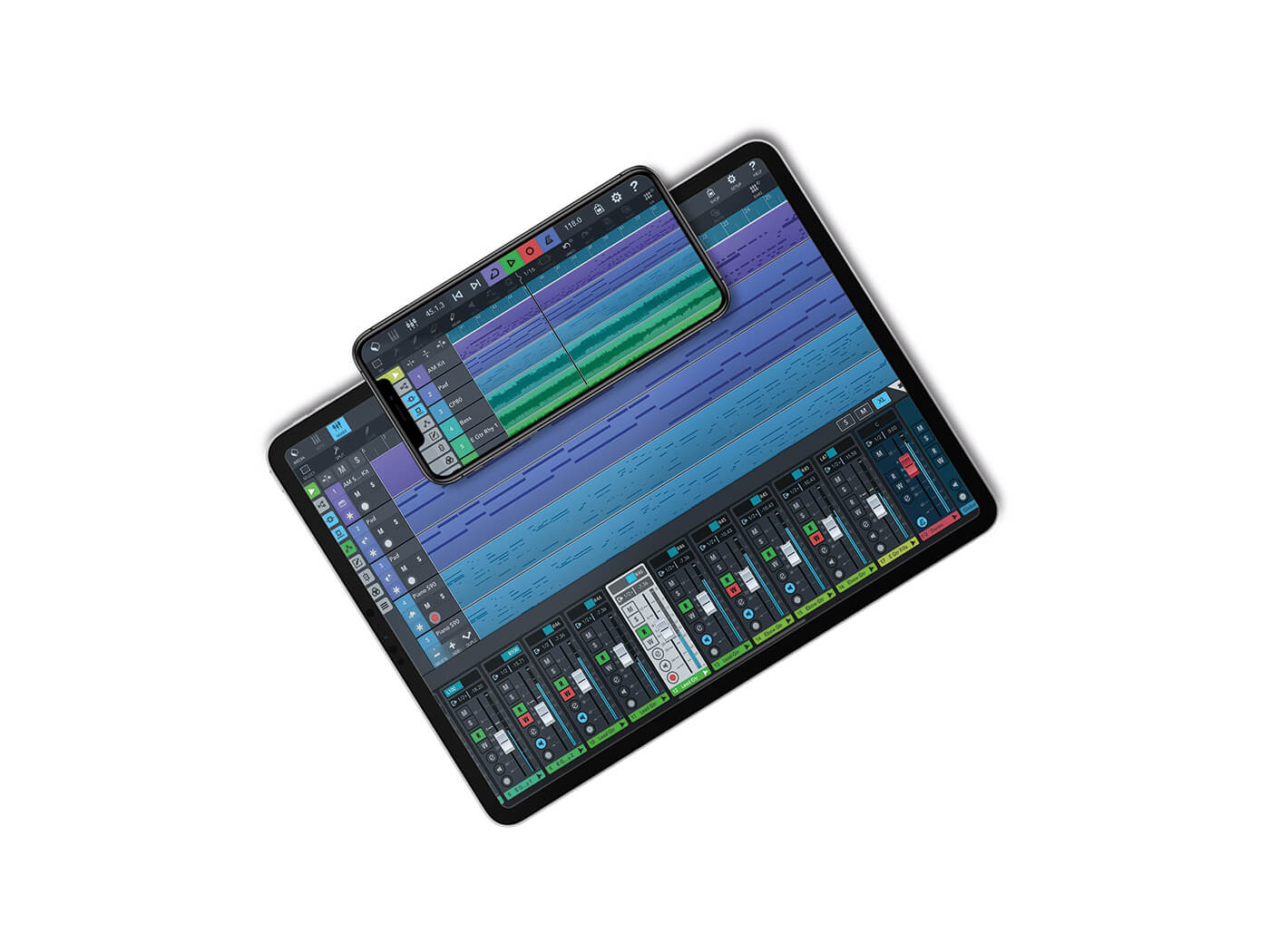 Tinkerers, though, will love the pro features found in Cubasis 3, while experienced users will love being able to work on ideas no matter where they are. So whether you’re on the hunt for a new DAW or a sketchpad for use away from your main production system, Cubasis 3 is worth a look. 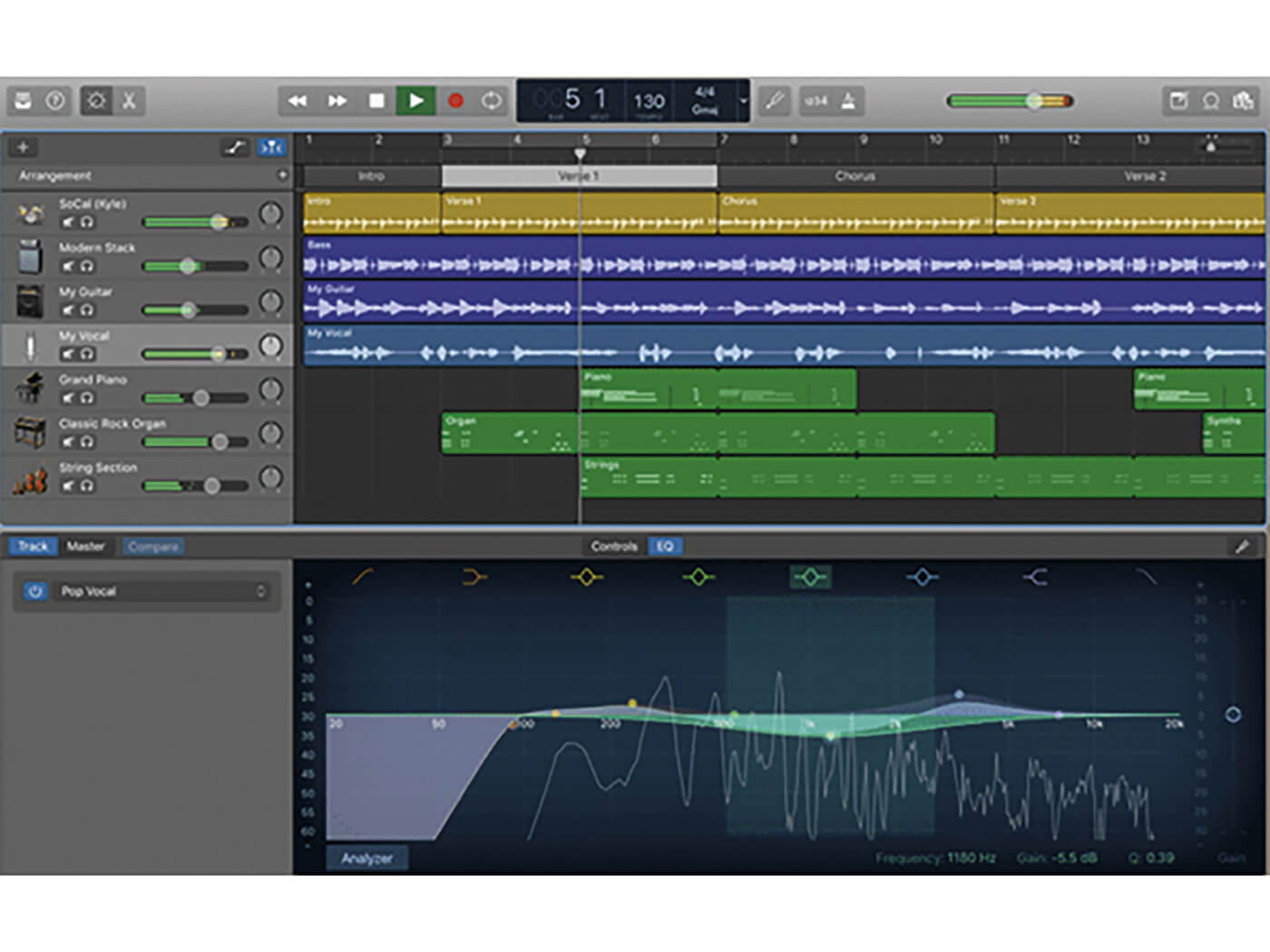 Based on Logic technology, GarageBand has been built into iOS and macOS for some time. Although the app is free, it’s also closely integrated with Apple’s App Store ecosystem, which makes adding sounds and content easy – but potentially pricey. 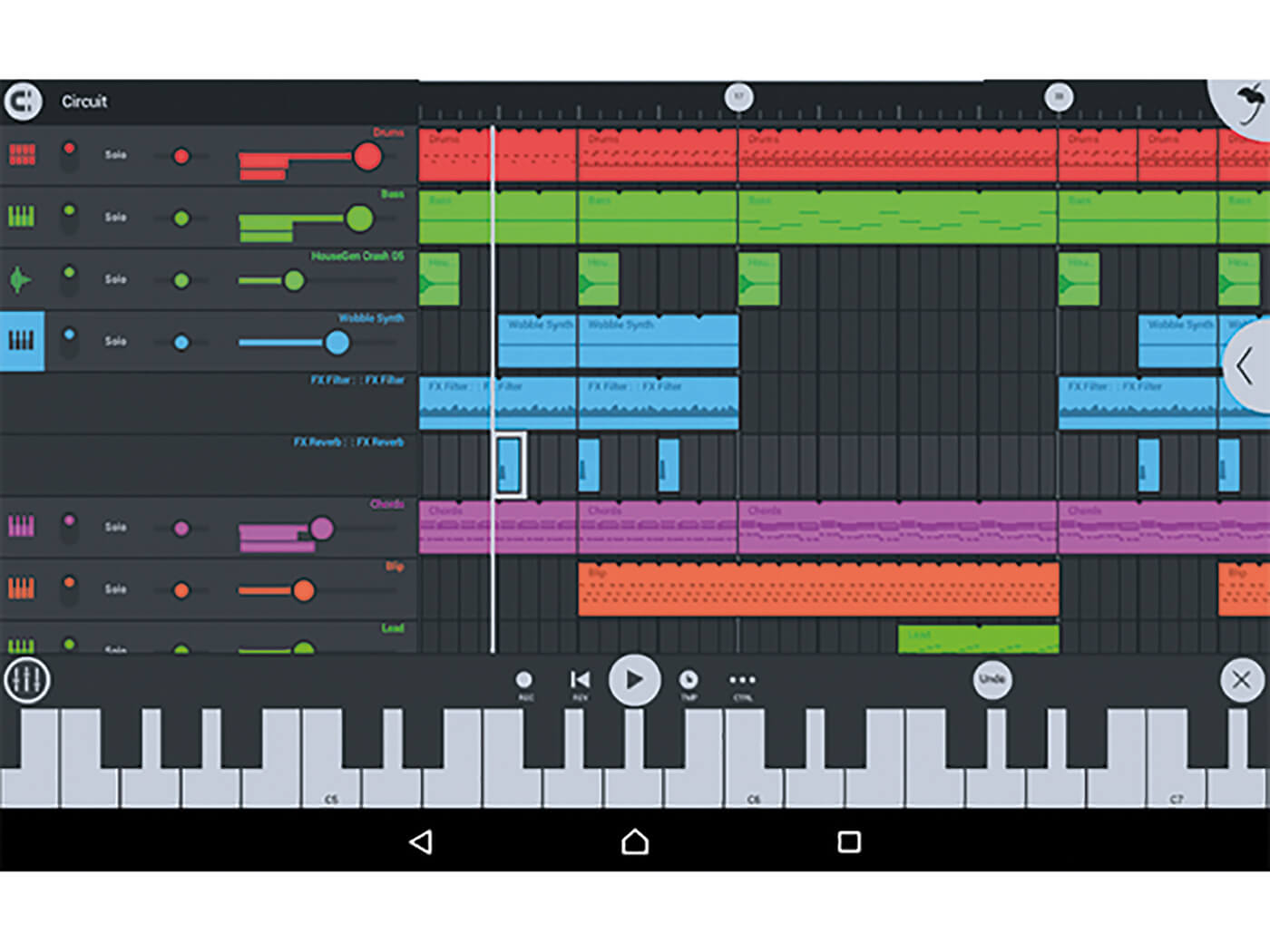 Originally a tool for creating beats and loops, Fruity Loops has since matured into a fully fledged DAW in its own right, while maintaining its colourful aesthetics. The mobile edition is available for iOS, Android and Windows.