It’s two years since Live 10 was released, and, as always Ableton has taken its time to avoid hollow point updates, and has finally provided the much anticipated next step in the world-beating DAW’s evolution. 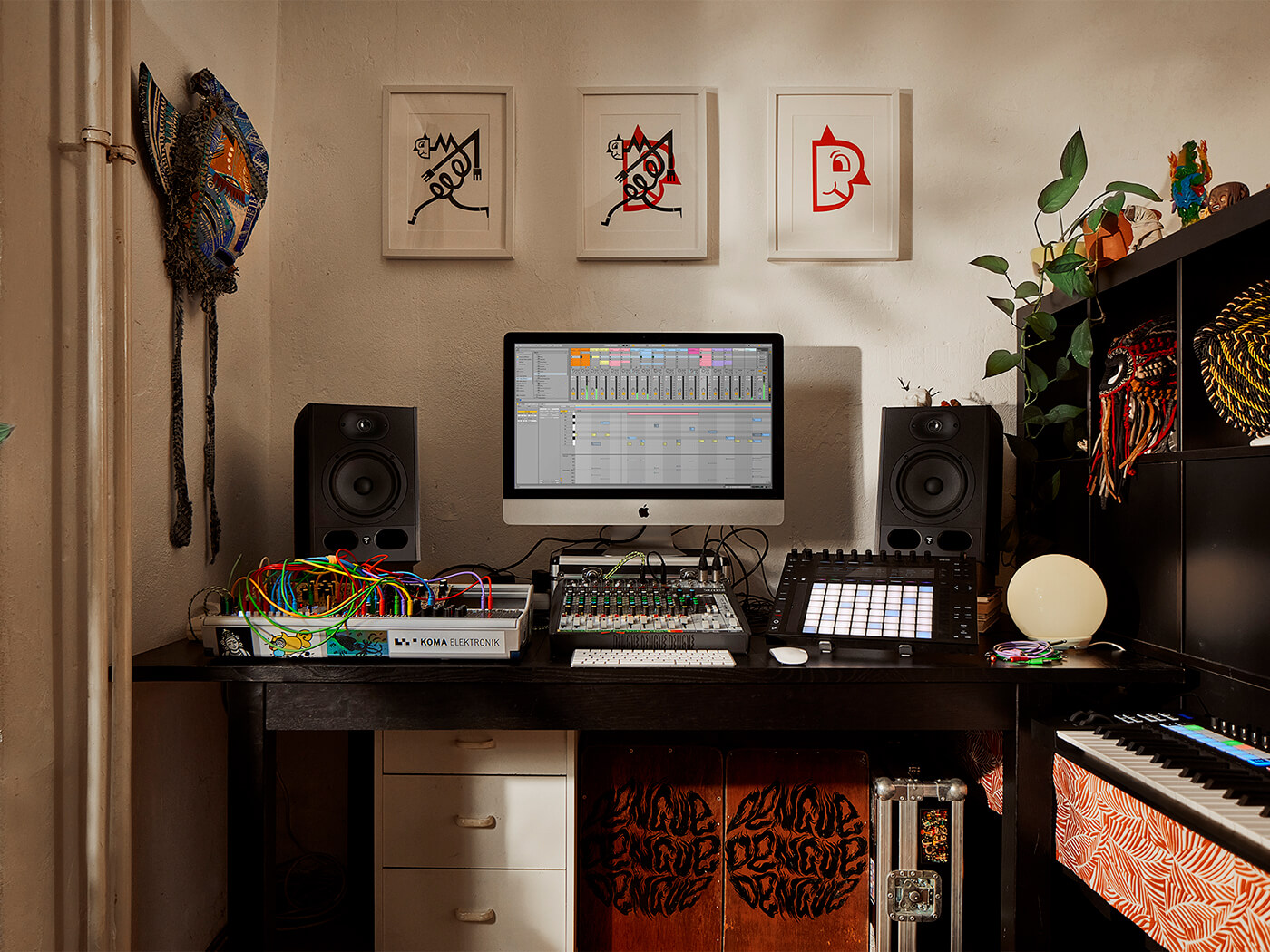 Price Beta access is available for free to Live 10 Standard and Suite users, but it will expire
Contact Ableton

Ableton is not a company known for wild, erratic behaviour when it comes to updates, and there’s still a buzz of excitement when a new release is announced. Two years on from Live 10, the Live 11 beta has gone public, so let’s see what registers on the excitement scale this time round, and get a taste of what Live 11 will be bringing to our screens next year. Watch our video walkthrough here.

Superficially, this is still the Live we’re used to, which is a good thing. However, when approaching the Browser you’ll notice there are now left-column items for Grooves and Templates – yes, it’s finally possible to save multiple projects as templates. The right-hand column displays include sub-folders for Audio Effect devices. And yes, there are new devices to explore. The first thing we should highlight is supposedly the most-wanted of all Live user requests – track comping. The comping process, if you weren’t already aware, streamlines compiling several takes of a recording (usually vocals) into one new track. Live 11 introduces Take Lanes, which are attached to audio or MIDI tracks. Just add one, and as your arrangement loop cycles round, new lanes are added indefinitely, capturing your new take while muting the previous ones.

When recording is done, each lane can be auditioned, and the pencil tool can select from each take to build a new master take. Not only is this a fast way to organise and edit takes of vocals or instrument tracks, but it can also be used with field recordings, samples, or any other material, to create new hybrid soundscapes or even semi-random beats. On the subject of tracks, Live 11 introduces linked track editing, select two or more audio or MIDI tracks and edit them together, adjusting clip lengths and loop status for linked MIDI tracks, and the same, plus warp settings, goes for linked audio tracks. 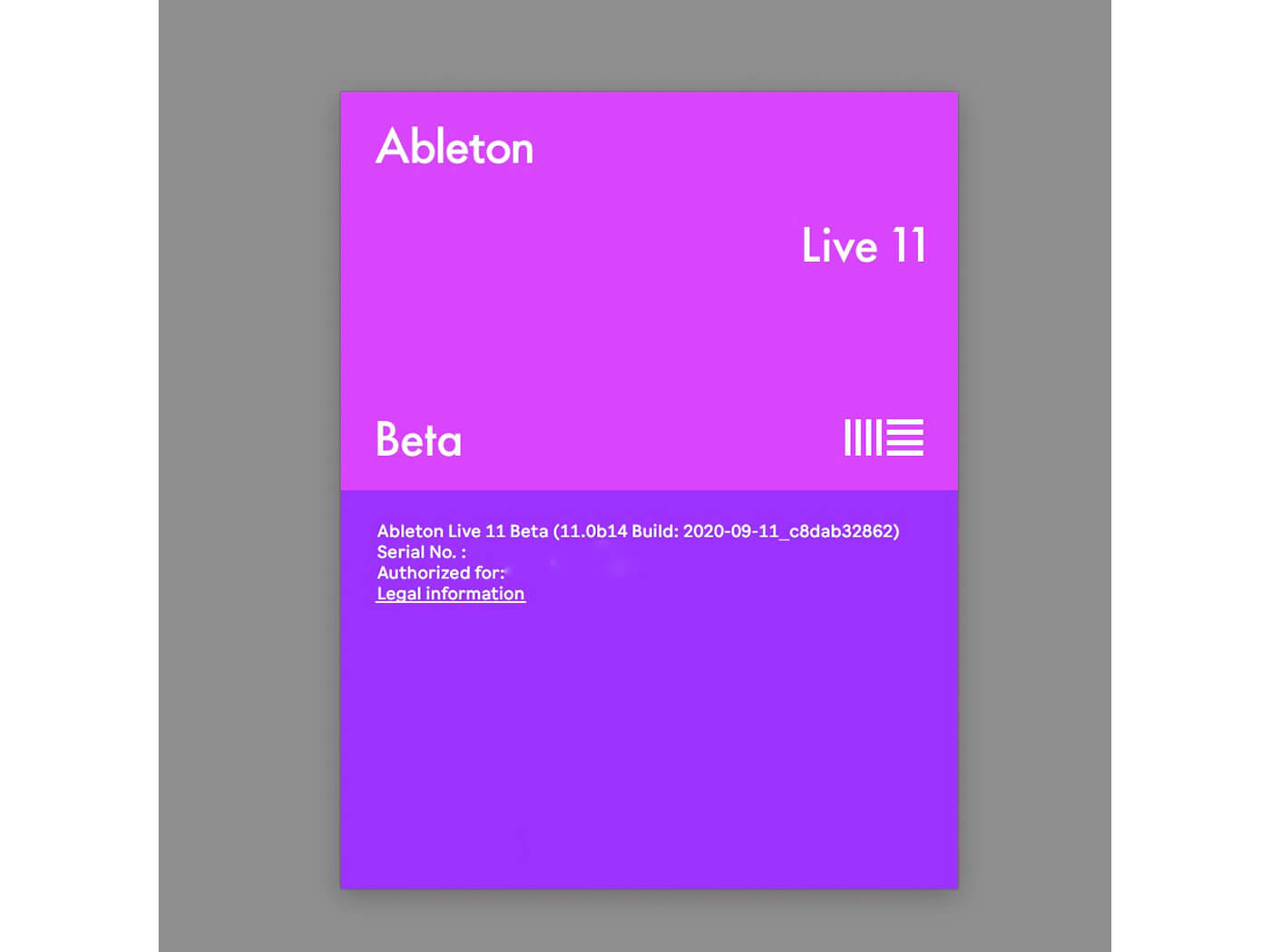 What are the chances

Live’s MIDI Note Editor has a new Probability lane, and buttons to quickly randomise velocity and probability. Each MIDI clip can have a scale assigned to it, with the notes and root note being highlighted in the lanes in the editor. There are new editing lanes for MPE parameters now, because Live 11 will support MPE (MIDI Polyphonic Expression) controllers, such as the Roli Seaboard. This is supported by the Wavetable, Sampler, Simpler, and Arpeggiator devices, and you can draw MPE control message changes into the clip editor even if you don’t have a compatible controller. This brings a whole new mindset to the creative process with live, and works beautifully.

To tie in with this development, Push has received a firmware update, too and now grants polyphonic aftertouch. Live’s library will inevitably receive a spring clean, and there’s more curated content to come, in the shape of Voice Box (voice samples and processing), Mood Reel (ambient soundscapes targeting media producers), and Drone Lab (complex evolving instruments and effects). There are also three new sample instrument packs from Spitfire Audio – Upright Piano, Brass Quartet, and String Quartet, which aren’t present in the beta at the moment.

Although there are no new instrument devices, there are new audio effects: Phaser-Flanger and Chorus-Ensemble combine previously separate devices, while maintaining backwards compatibility, while Hybrid Reverb adds to Live’s previous Reverb and Convolution Reverb, bringing Impulse Response reverbs to non-MFL users. Spectral Resonator breaks an incoming audio signal into partials, before modulating, transposing, and filtering them. It also accepts MIDI notes so it can be triggered from a keyboard or other source, the effect becomes an instrument. The new Spectral Time effect device also begins with partials, before applying delay, and includes a neat Freeze function which is where it gets interesting for drones and soundscapes, as well as impactful industrial sounds.

Suite users will benefit from six new Max For Live devices, including Robert Henke’s remarkable PitchLoop89, for glitch effects, and ‘digital shimmers’ and ‘outlandish vibrato’ (the beta we’re previewing includes all of the Suite add-ons). It’s quite possible that as an instrument rack user, you’ve been frustrated at times by the 8-macro limit – we know we have. Live 11 offers 1-16 macros per rack; this undoubtedly would have saved many hours of our time last year, but better late than never!

Macro settings can be randomised, and saved as Variations, re-callable by a mouse click or MIDI note or CC. These features represent live performance dynamite, making us keen to rebuild our live setup and try the updated macros on stage. Another classic feature request has been granted, as follow actions can now be applied to Session View scenes. For the first time ever, follow actions can now jump to specified positions in the track, as well.

Ableton has now created its own spin on the popular Max For Live device BeatSeeker, and calls it Tempo Follower, to enable tempo sync with outside audio sources. That means drum or percussion hits from a real player can drive sync for an entire project or performance, including sending MIDI clock or Link sync information to other software or devices. Rounding things off for now, the CPU Load Meter has been enhanced to give more detailed information, and a mini version of this can be viewed at the bottom of each track. Naturally, this encourages us to dump loads of plug-ins into a track to try to make the meter peak.

In our exploration of the beta so far, we have nothing but fizzy excitement to pass on. Any one of these new features could be a game-changer for you personally, as there are so many of us using Live in different ways. The final version of Live 11 looks set to be an across-the-board winner, with this impressive amount of small updates and changes refining the user experience, as well as the process-updated features like track comping and the macros, which we can’t stop fiddling with, pushing Live into areas its never been comfortable before.

Let’s just stress again that this is a preview of a beta, and although it’s unlikely, in theory features can appear or disappear before the final release; the library is certainly going to be expanded and not all device presets are present in the beta. That’s why this isn’t a review – but a preview, and so we’ll hold fire on scoring. There’s no due date for the full Live 11 release, as yet, but on what we’ve experienced so far, that will be a thrilling day for music producers the world over.

If you’re already a Live user, then you should grab this beta out of curiosity if nothing else. It’ll run fine alongside your current version without any conflicts. If you’re a newcomer, maybe it’s time to see what the fuss is about. Live 11 includes the company’s most-requested feature, which is track comping, but everybody has their favourites. Ours is the ability to use up to 16 macros in a rack, this will undoubtedly clean up our live sets like nothing else. No price has been announced, but there’ll likely be an upgrade price for current users. Live isn’t free or even cheap, but bear in mind that Ableton takes its time with the big updates, so you’ll remain up-to-date for a few years rather than months.