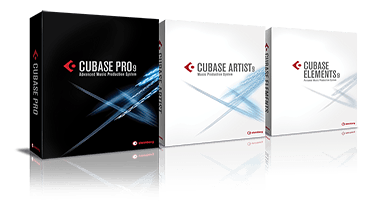 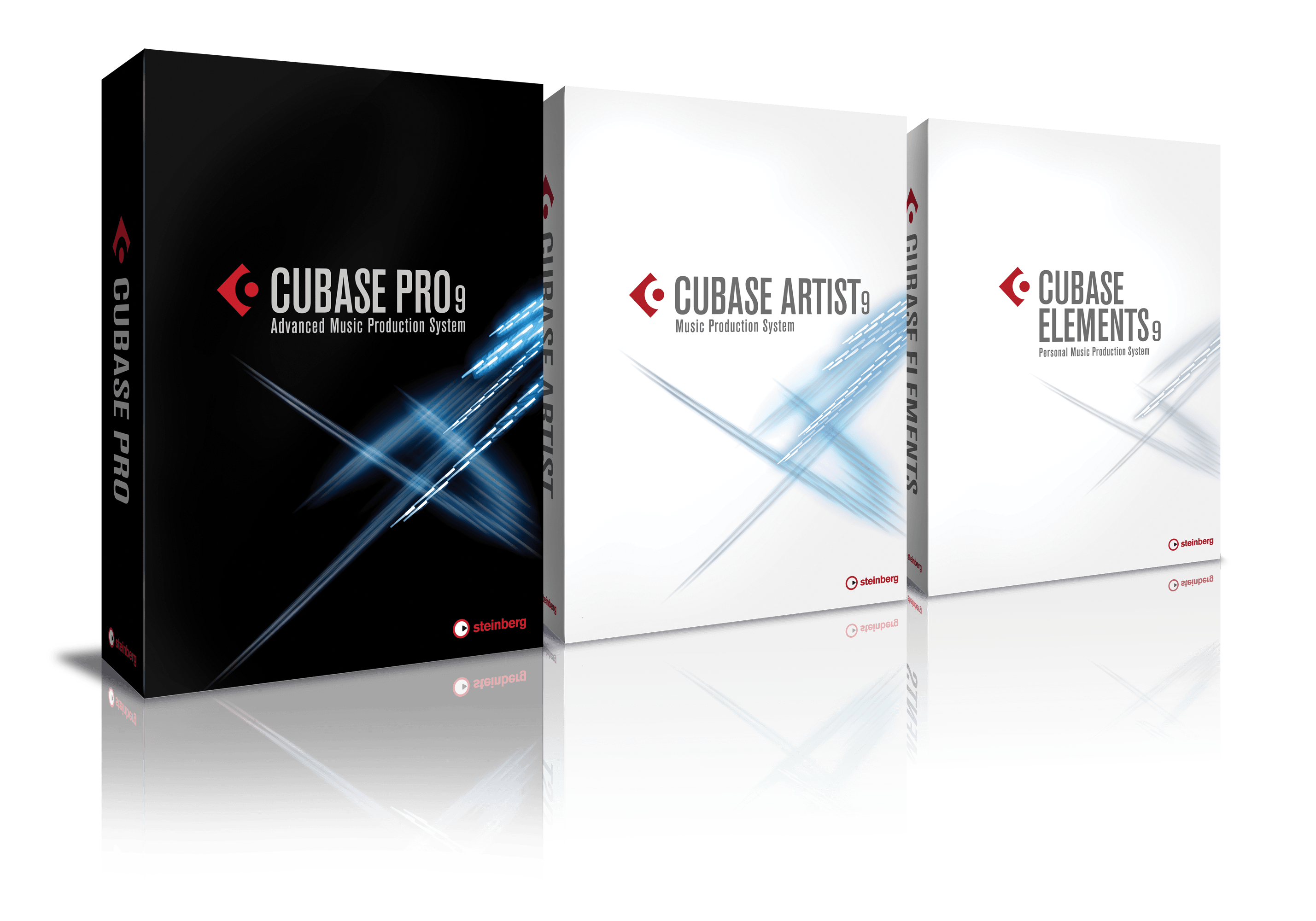 What makes Cubase so good? At the moment, I’m sitting in my VW campervan by the sea in Whitstable. As I sit here enjoying the views, thinking about writing this review on Cubase 9, I can’t help but draw parallels between the rock-solid German engineering and ergonomic functionality of my campervan and Cubase. German engineering is ‘tried and tested’ – every feature is minutely scrutinised and designed to its maximum ergonomic efficiency. When it comes down to using the product and pushing it to its limits, it excels.

Steinberg has been designing and manufacturing music software and hardware since 1984, when Manfred Rürup and Karl ‘Charlie’ Steinberg developed the first MIDI multitrack sequencer. Since 2005, Steinberg has become a wholly owned subsidiary of Yamaha. There is great history, heritage and technological revolution with Steinberg, then, coupled with a passion and care for providing exceptional products for musical creators.

Cubase 9 comes in three formats: Pro with full functionality, Artist for the mid market and Elements as an entry-level DAW.  Head over to www.steinberg.net for the differences between the products. What does Cubase 9 do? Simply put, Cubase is a tool to inspire musical creativity into audio reality.  Steinberg claims it is the ‘most complete DAW ever’, with millions of musicians, producers and sound engineers around the world using the software every day.

Cubase covers all stages of the creative process from composing, recording, editing and mixing. The workflow is flexible, so you can use it in a way that suits you, which means that it becomes second nature to use as a tool to realise musical ideas.  Cubase is used by high-profile artists like Zedd, Chase & Status, My Digital Enemy, New Order and Hans Zimmer.

The new Lower Zone in the project window provides a neat and tidy way to see your mixer tracks and edit MIDI and audio without creating a new window.  On a 5k iMac screen, the mixer retains its functionality while leaving enough room for creating and editing in the main window. However, on a 15-inch Mac laptop, it leaves the screen a bit crowded, so in this case, it’s better to open and close the mixer window with the key command ‘=’.

To edit audio or MIDI, double-click on the part and the editor automatically opens at the bottom of the screen in the Lower Zone. Editing is intuitive, and I love that you can easily close that lower zone by pressing Enter.  It takes a little while to get used to the new workflow here, but the functionality is much smoother and quicker to navigate.

A really fun new feature in 9 is the Sampler Track. Use any piece of audio to create a Sampler Track and the audio appears in the Lower Zone as a chromatically mapped sample. It comes with a very useful sample library called Kaleidoscope. 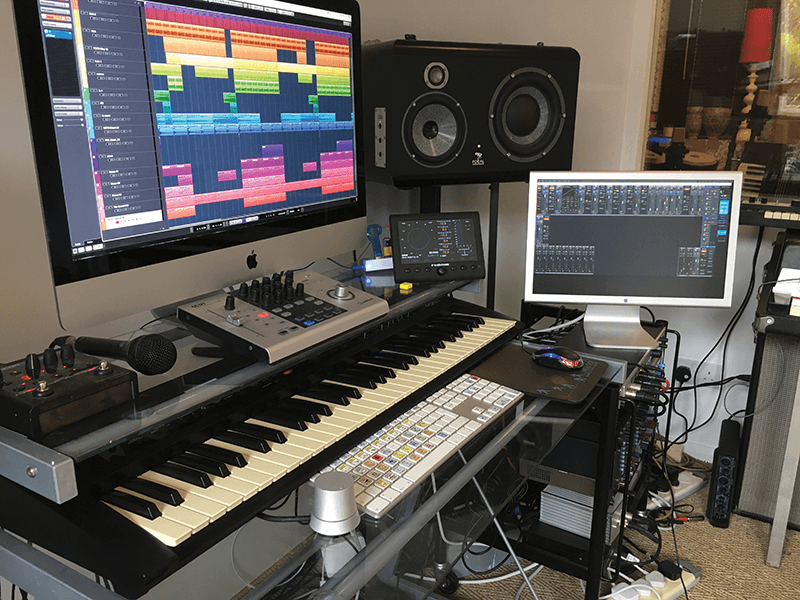 Eight features that rock in Cubase

I also love the ease of creating new sonic textures from projects. On a recent project, I had the artist sing an ‘Ahhhhh’ into the mic, dropped it straight into Sampler Track and then used it as a pad to fill out her bridge – all this programmed in a matter of seconds. If you’re into glitch vocals and mind-warping vocal effects, this is a great feature for you. The all-new Frequency EQ plug-in is another very powerful new tool for sound shaping and audio surgery.

Frequency offers you eight bands, M/S (Mid Side) support and Linear Phase mode for each band. With M/S, you can widen or narrow the stereo width of the audio by EQing the stereo aspect of the audio. Linear Phase mode is amazing for making transparent sonic changes, especially during mastering. Auto-listen is handy for hunting frequencies – the spectrum display is very responsive and those lovely engineers at Cubase have even included a musical keyboard to help us find the right tones.

Now, the MixConsole has a history, so all changes to the mix are tracked and you can undo/redo several stages from your mix. Hurrah!

As we know, everything is going cloud-based these days. Steinberg also blazes a trail on this new frontier with its comprehensive cloud-collaboration features. Whether you want to make remote recordings with VST Connect SE or exchange projects via VST Transit, collaboration has never been easier with the software.

Steinberg has overhauled some plug-ins. Maximizer gets a fresh new coat and an in-depth algorithm overhaul. Choose between the classic mode and the new modern mode for loud, transparent mixes.

I’m delighted to say that after installing all of the software, Cubase 9 is one of the most stable and reliable DAWS I have experienced, allowing more focus on creativity and production. To help make the system rock steady, the new ‘Plug-in Sentinel’ scans all plug-ins to check they are valid, and if it thinks that they may harm your system’s stability, the plug-ins are then put in a ‘black list’ folder inside the plug-in manager.

With the new Audio-Ins functionality, VST synths with a sidechain can accept an external audio source. Now you can use the filters and FX in compatible synths to mangle and beautify your sonic creations.Need some more inspiring beats and grooves to fire up your tracks?  Production Grooves feeds your Groove Agent drum machine with over 400 drum loops and presets for all contemporary music style. 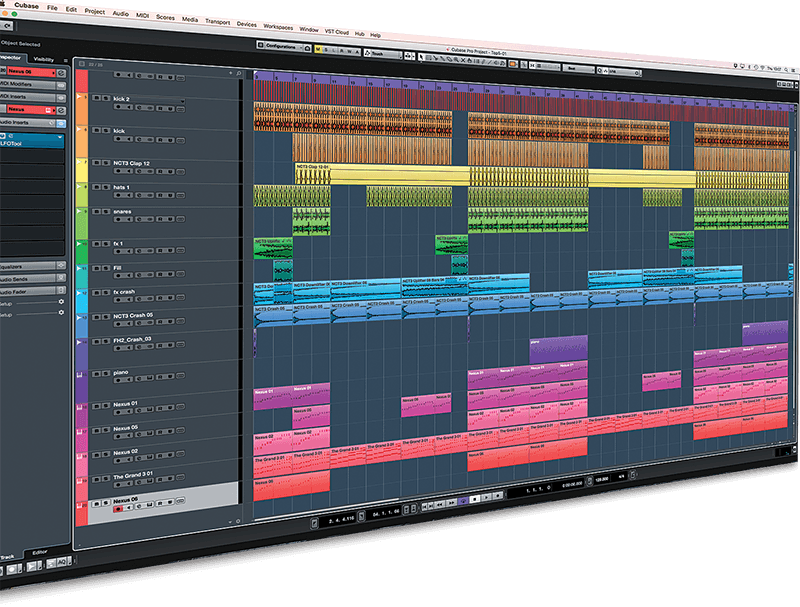 “But what actually makes Cubase so great that it is worth the £468 price tag?”

Retrologue is updated to version 2. This VST synth is more than a tribute to the classic analogue heavyweights of the past. Packed in a straightforward interface, Retrologue brings back the sound of analogue circuitry and vintage warmth, but with a modern twist. From raw analogue lead and bass sounds to delicate pads and structures, dark drones and ultra-aggressive comps, Retrologue 2 is a stunningly powerful, yet versatile subtractive synthesiser with loads of sonic personality, and one that is potentially highly addictive. It sounds super lush and it’s easy to tweak and build sounds.

In final Cubase 9 news, if you love your markers, now you can use up to 10 marker tracks. The new AutoPan offers a bigger variety and flexibility to play with your sound in space. The Brickwall Limiter, Compressor, Expander, Gate and Envelope Shaper have all had a graphic overhaul.

Cubase 9 only runs in 64-bit mode. At first, I thought ‘Yikes!’ as I would have no backward compatibility with old projects using 32-bit-only plug-ins. Thank goodness a good producer friend who lives on my road told me about ‘32 Lives’, which scans for your precious 32-bit plug-ins and wraps them in a layer of 64-bit code. Not only did I resurrect most of my go-to plug-ins, I also managed to spark new life into some forgotten, obsolete synths I had. This was my main fear in going 64-bit only. I’m so pleased to have made the jump as the system is more stable, faster and able to access ridiculous amounts of memory to power those hungry sample-based synths.

I use a DAW on average five hours a day, 250 days a year – that’s 1,250 hours of solid producing, sitting at the computer pressing buttons, making music. I have used most DAWS in a professional capacity, but there is a reason that I choose to use Cubase as my tool for music creation, and that is simply that it’s a pleasure to use. The interface is easy on the eyes, everything is placed in a functional and ergonomic position, the software is tried and tested, built with that famous German engineering. Cubase looks great, too: I love the way a project builds up into bright rainbows of colour. But the best thing about the software is that it’s almost not there – it steps out of the way to enable creative ideas to become a reality.  After a while working with Cubase and navigating workflow and key commands, the process becomes incredibly intuitive. This is exactly what a great DAW should do.

Cubase is elegant and understated, and a delight to use. The extra £269 over the cost of Logic spread out over my yearly 1,250 hours of music producing works out as only 21p an hour, which is a tiny cost for such a great tool. 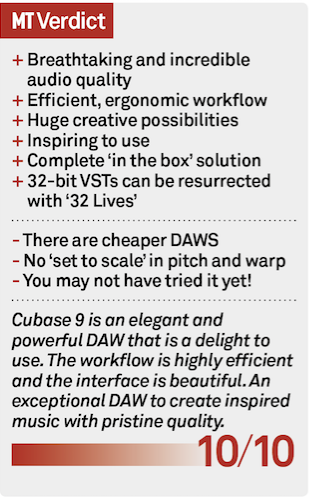 Alternatives – just six, from many…