Yamaha’s latest true wireless earbuds prioritise sound over gimmicks, but will that make up for the one thing they’re missing? 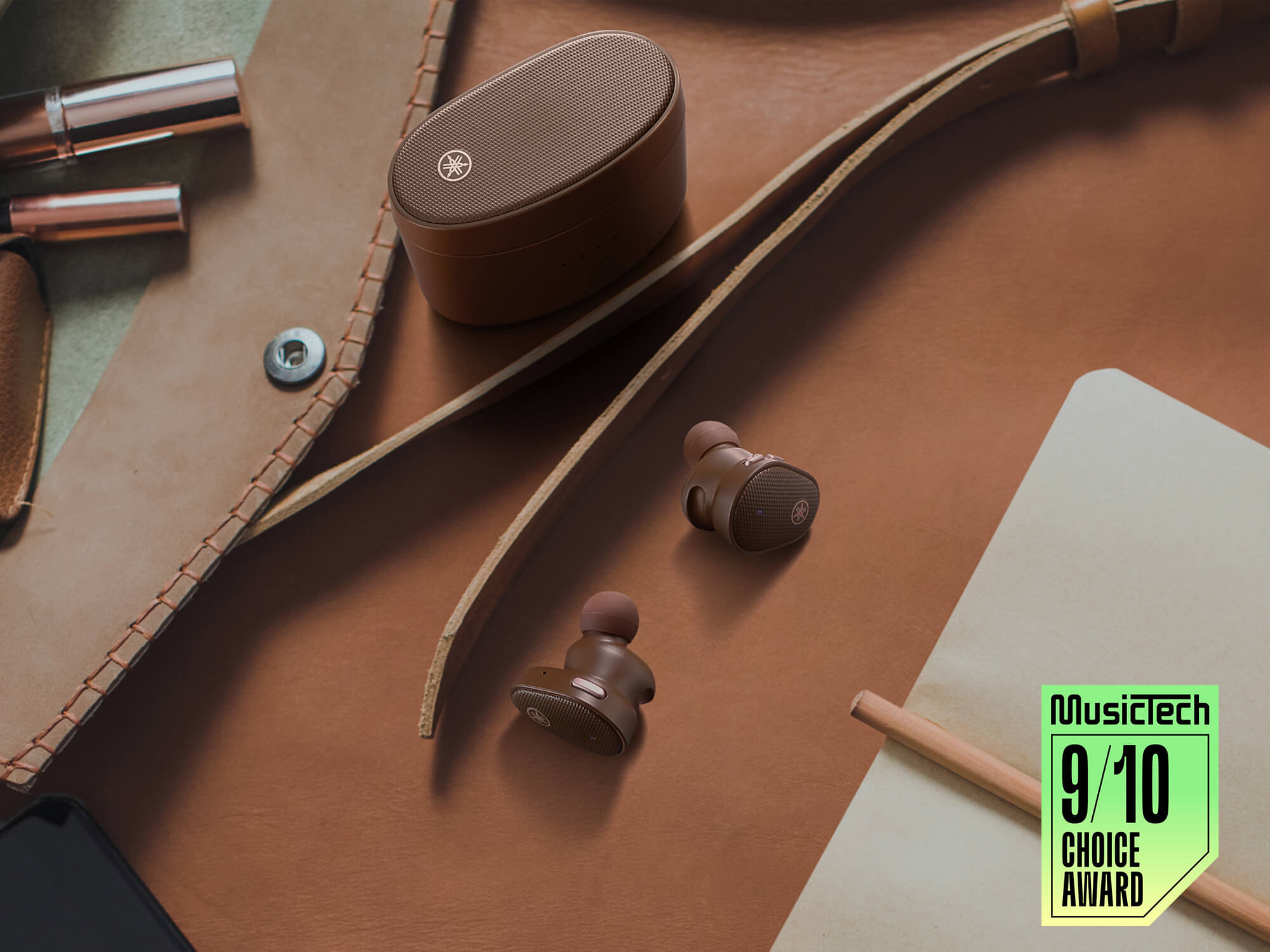 Yamaha is best known among music producers for its synths and pro audio products. But the company has been a driving force in consumer audio gear for many years too, particularly in the home cinema field. The new TW-E5B true wireless earbuds build on Yamaha’s long experience in sound and aim to offer a superior listening experience at a price that will be accessible to many people. But do they stand out in an increasingly crowded field?

These buds sit in the middle of Yamaha’s earbud lineup, more fully featured than the £110 E3Bs, but lack some of the features of the upcoming E7Bs at £219.

Available in a choice of four subtle colours, they come with a USB-C charging case and a USB-A to USB-C charging cable. The case is plastic rather than metal but feels sturdy and well built, and the system offers a total of 30 hours of playback with 8.5 hours in the buds, plus an additional 21.5 hours in the case. The case charges to full in around 2.5 hours and you can get an hour of playback from a 10-minute charge. There’s a battery level indicator on the case for reference, too. The buds are IPX5 water and sweat-proof, making them suitable for exercise and outdoor use. 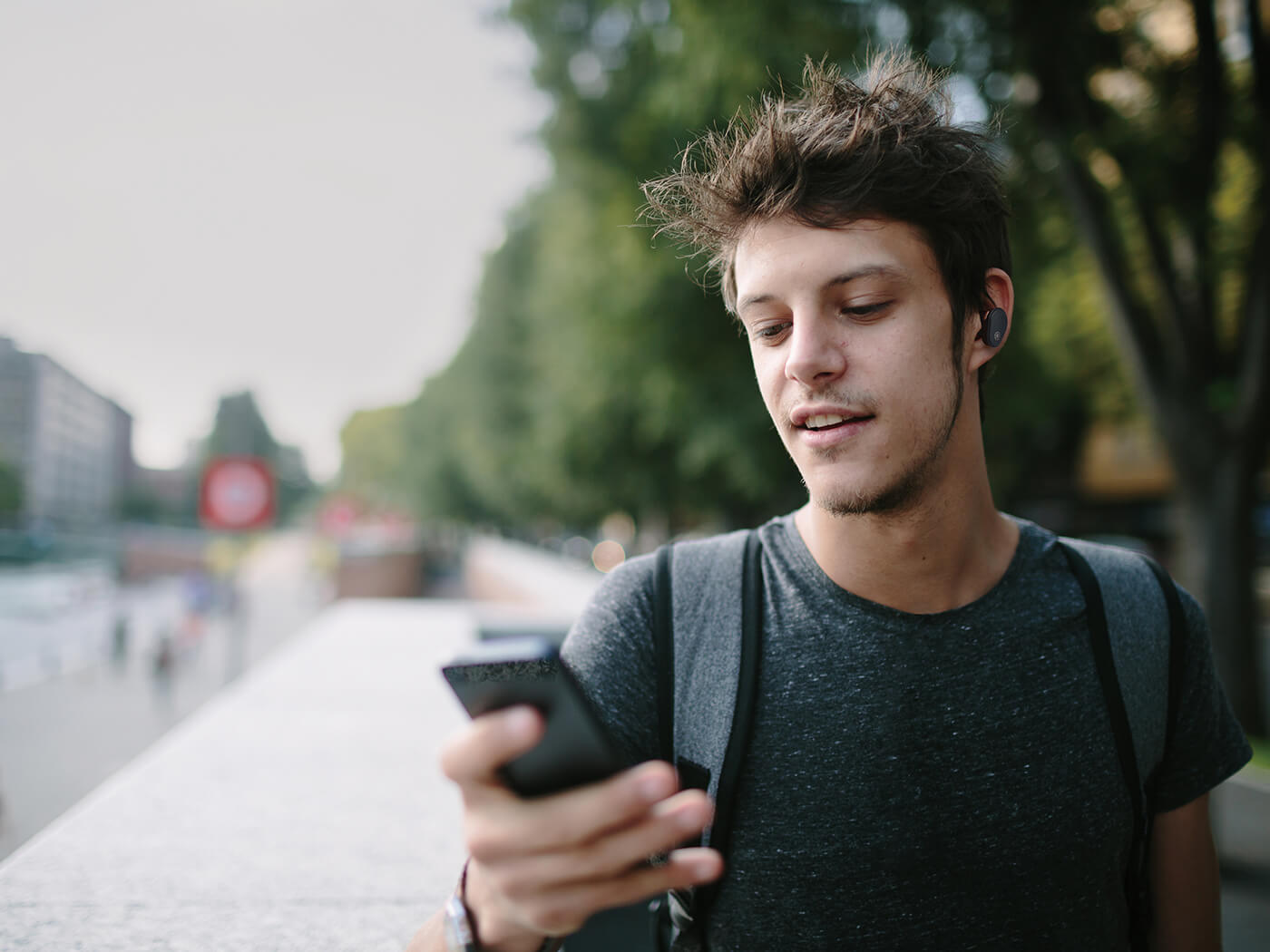 There are four sizes of ear tips provided, though the fitting process is a little more unusual than most earbuds. The part that fits inside your ear is elliptical in shape and has an indent inside to accommodate the shape of your ear canal. The buds can be rotated to any angle to fit your specific ear shape, unlike most buds which require you to wear them in one configuration only.

When we tried them the ‘normal’ way, with the arrow-shaped side facing forward, they seemed uncomfortable and sounded unsatisfactory. But after rotating them 90 degrees so that the arrow edge faced upwards, suddenly they felt perfectly comfortable and performed immeasurably better. This, of course, means the buttons move to a different position but this isn’t particularly a problem when you get used to it. 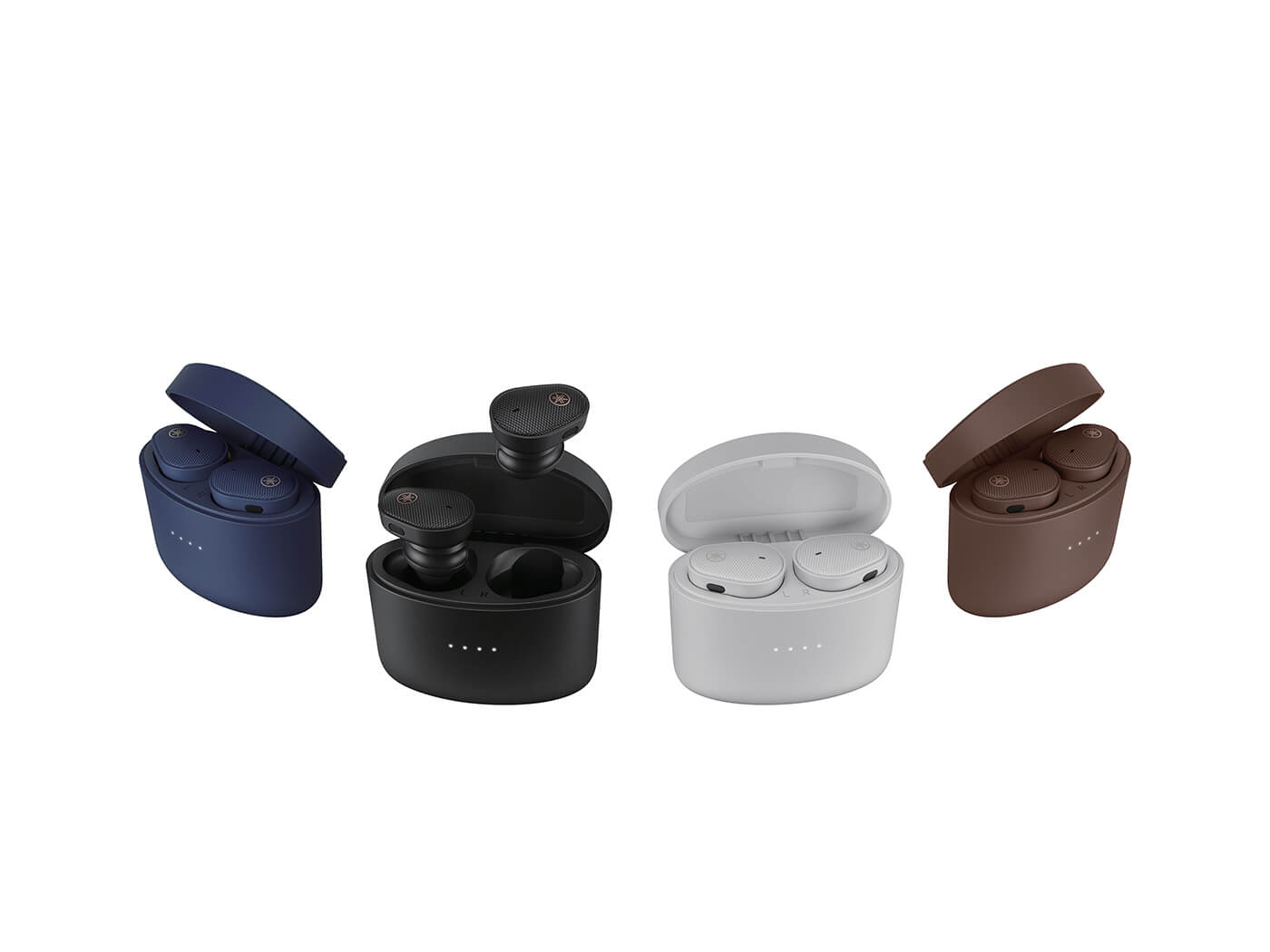 Speaking of buttons, there are two on the right bud and one on the left. The right buttons control volume, track skipping and invoking Siri or Google Assistant, and the left button controls play/pause, making phone calls and activating ambient listening mode, all of these done with simple click or press combos. It’s unfortunately not possible to customise the behaviour of the buttons in the free Headphone Control app for iOS and Android, though you can change a few other things.

As well as firmware upgrade management, there’s a battery level for each bud and a five-band equaliser that you can change manually. There are no presets but it’s subtly effective and boosting or cutting frequencies makes pleasing changes to the sound rather than making any particular one too harsh or feeble. In the app, you can also activate ambient sound mode, which is mediocre at blending in external noise. 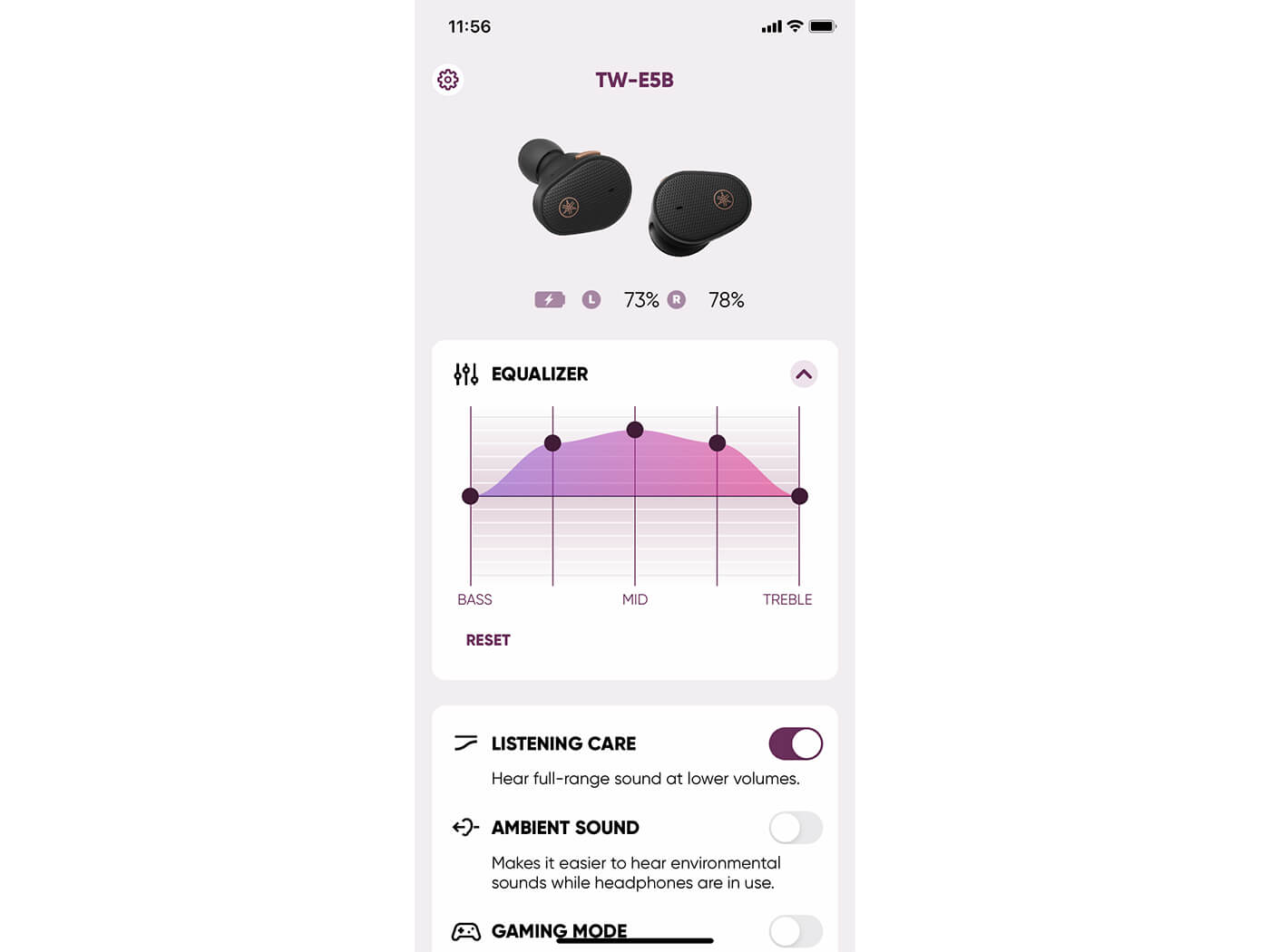 In addition, Yamaha’s Listening Care mode uses a variable EQ based on volume level to ensure that the sound remains balanced at lower levels. The rationale here is that people sometimes turn sound up loud to hear the bass, for example, which can damage hearing in the long-term. Activating Listening Care mode really does maintain a better soundstage at lower volumes, with low end remaining audible without your having to whack the volume up high.

There’s also a gaming mode that switches codecs to achieve lower latency of around 40ms and it’s certainly effective in use. SBC, AAC and aptX Adaptive codecs are supported, offering up to 576kbps streaming at 24-bit, 48kHz resolution. The buds use Bluetooth 5.2 and in use didn’t show any issues with connection stability at all. Voice calls were perfectly clear too, and the Wireless Mirroring tech means that one bud connects to your device and the other bud to the first bud, and these can dynamically swap in the event of interference. 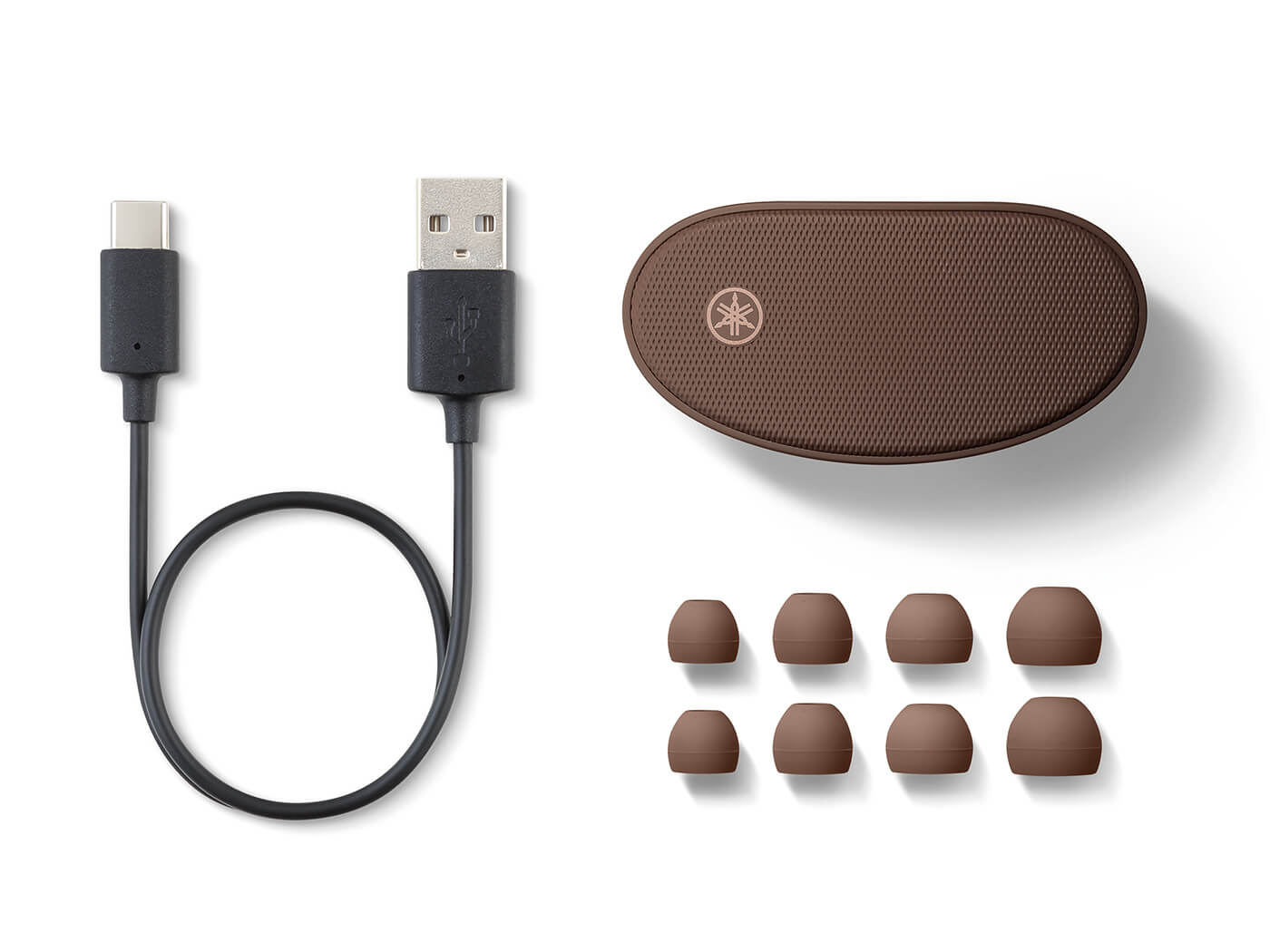 The buds use 7mm drivers with a frequency response of 20Hz-20kHz and employ some nifty internal engineering involving sound tuning ports to optimise the way the air moves inside your ear cavity. They’re incredibly balanced, open and neutral-sounding, which is a good thing. When you listen to different genres of music on them you can hear every detail of the production. The buds aren’t altering the sound – even using the EQ modes doesn’t make anything sound artificial, as it so often can. These sounded superb with everything we tried from electronic to jazz, and the soundstage and separation were excellent across the board.

There’s one notable omission: active noise cancelling. This seems odd given that the TW-E5B have mics and ambient listening, which works using fairly similar tech. The explanation is one of cost – Yamaha will offer the pricier E7B with noise cancelling so you don’t get it here. While there are buds around for this price or less that do have ANC, Yamaha says that its focus is primarily on fidelity rather than adding tech.

Earbuds we have tested with ANC that cost around £100 haven’t come close to the audio quality that the E5Bs offer. If it’s a deal-breaker for you, there are other options. You’d expect an audiophile approach from Yamaha and that’s what you get here. There are extra features too, though the primary focus has been on audio performance, and they’re all the better for it. 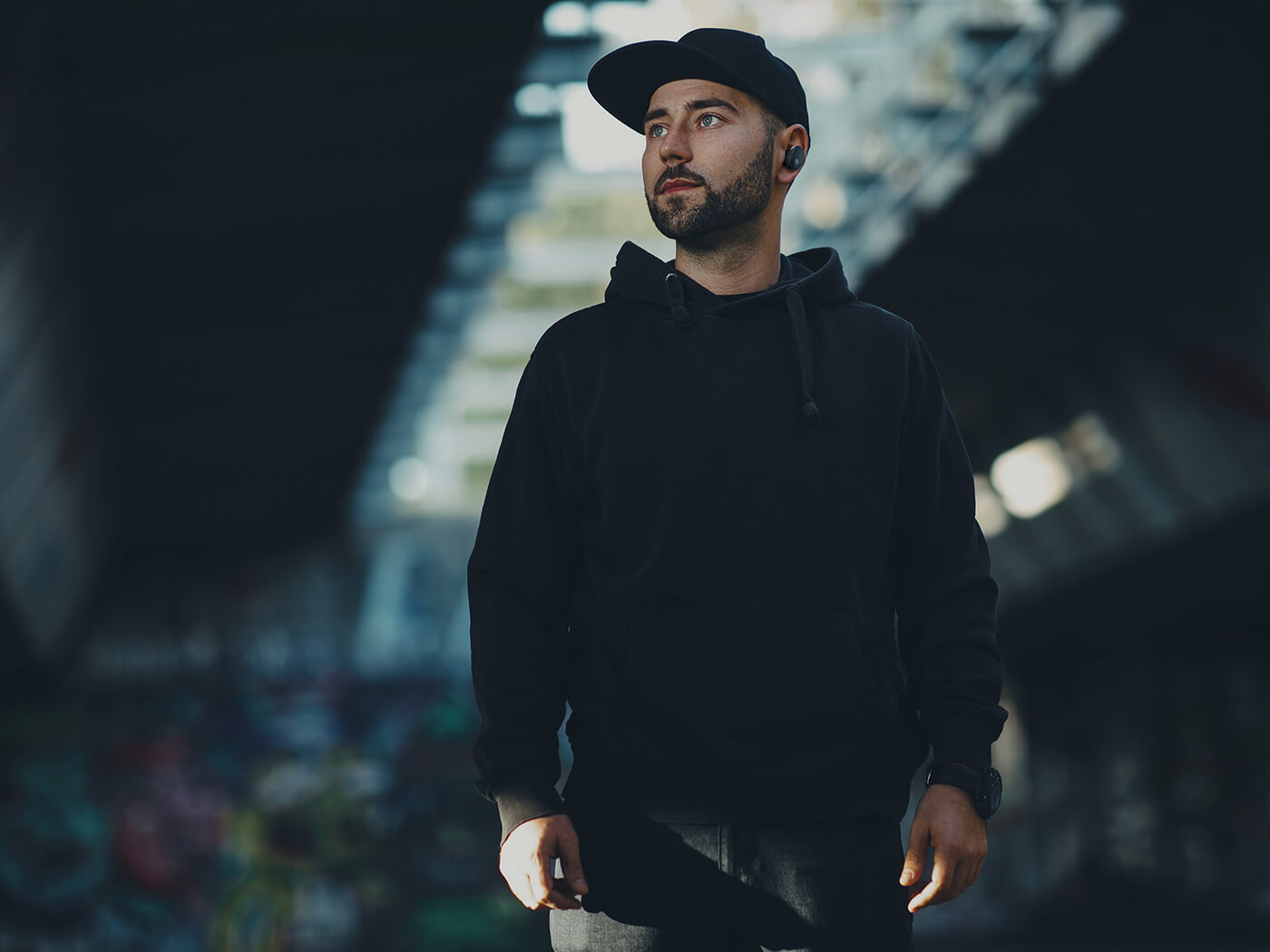