CineHarps is the latest collection from US sample supremos Cinesamples and one that beckons a dream sequence or two. Dave Gale takes to a cloud and strums some harps… 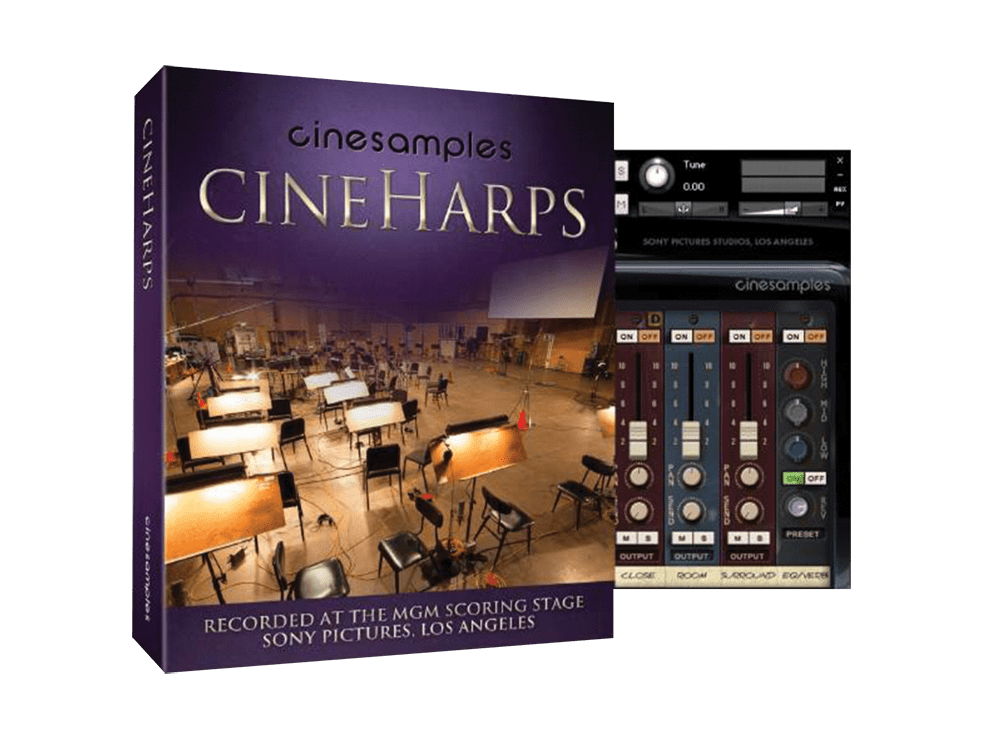 Certain orchestral instruments have their moment in the limelight, often thanks to extensive use in film or computer-game scoring, and so with the spotlight focused on the world of fantasy and wonderment, it’s time for the harp to have its moment in the sun.

Cinesamples has been making great libraries for 10 years now and one aspect that sets them apart from other companies is their use of soundstages as the location for source recordings. In essence, this means that the acoustic is somewhat drier than some other libraries, but still characterful, and very reminiscent of the acoustic that one would find on a Hollywood score.

This is hardly surprising, given that, in their case, we’re taking about the MGM Scoring Stage at Sony Pictures, in LA. Once installed, the library conforms to the NI Kontakt Library format, with a simplistic and inviting interface that enables the user to immediately dive in and start playing.

Beginning with the most basic of patches, the Concert Harp is anything but straightforward-sounding. There is a beautiful immediacy with the pluck of each note, which is all too easy to play on a keyboard. It’s important in these instances to put yourself in another musicians’ performative mindset and think in the same way as the player of the instrument that you’re triggering, and in this setting, broken chords, either slow or quick, immediately give rise to a depth of tone which is exceptionally pleasing.

In this solo capacity, it could be argued that the sound’s a little too weighty, so it’s particularly useful to have the use of a mixer palette, right at hand, to allow the harp to sit right where you want it in the spectrum. The Full Mix fader is nicely balanced, if weighty, but moving through the other available mixer options demonstrates some useful colours.

The Close mic setting is so close, you can feel the pluck transient hit you right between the eyes, yet the Room mixer fader almost has a slow attack by comparison. Combine the two and it sounds very natural, with a little wisp of room reverberation.

Bringing the Surround fader into play brings forth even more room reverb, so much so, it could render the sound a little flabby, even overplayed – something that Cinesamples has thought through, thanks to the inclusion of a delay button, which is located on the Close mic channel. Pressing this delivers a 15ms delay to the Close signal, which aligns it closer to the sampled reverberation.

Alongside the exceptionally tastefully recorded reverbs, the EQ/Reverb channel allows for basic high, mid and low control of the signal, while additional preset Reverbs may be added here, too. 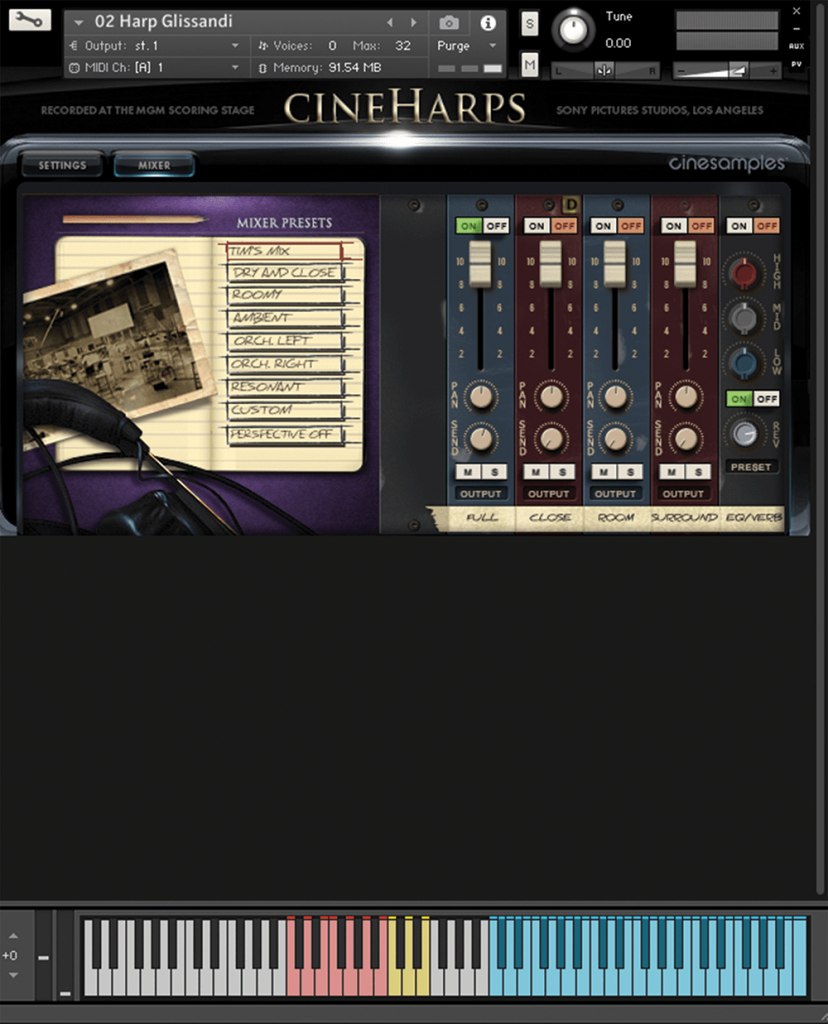 There’s a great deal of options out there in terms of orchestral sampling, but the harp is still relatively under-sampled. It’s often an extraordinarily gorgeous element to add to your mix, particularly if you’re soundtracking something of a more fantastical nature, or if you’re just in need of some additional sonic flourishes for your own tracks. The clarity of the samples you get with CineHarps really sets it apart from the competition; if you’ve got the budget.

So far so good, and all of this alone would be more than enough for many to constitute the nuts and bolts of a great harp library: but a further 11 patches offer an enormous palette to work with. Turning to the Glissandi palette, there is some clever work at play; in the upper part of the keyboard range, four octaves dictate the fundamental note of the arpeggio, with each octave providing different options, such as up or down.

The lower part of the keyboard is assigned to keypresses, with the lower octave throwing up all manner of scale or arpeggio type. The expected major and minor diatonic scales and arpeggios are also supported by a cast of diminished chords, pentatonic scales and the classic whole tone scale.

It’s at this point that the thin line between Debussy’s impressionistic orchestration and a Scooby-Doo-like flashback become incredibly blurred, but the fun doesn’t stop here, as there is further control of the length of each glissando, via three additional keypresses, which duly increase the length of struck sample with each implementation.

The placement of many harps in a symphony orchestra would be off to the left of the stage, as you view it, so it would be logical to assume that one might simply pan the signal to the image location of choice. But again, Cinesamples is way ahead of you, as it offers two further full samples with stereoscopic placement.

Harp 2 places the harp in the traditional orchestral location, while offering a slightly different model of harp, which is a bit smaller. It sounds very crisp in this setting, but in the default Full mixed timbral setting, the space around the harp feels a little resonant.

Looking into this in more detail, it’s the Ambient recording which is responsible for this colour, and with a little manual mixing dexterity, and a modest amount of EQ, the harp sits quite nicely in its usual area. I’d always prefer the sharpness of tonal transient over the room colour, so the manual mix option pays big dividends here.

Away from the more usual harp samples, Cinesamples has added a plethora of other useful patches, which will be exceptional useful to the soundtrack composer. The harmonics patch features
a full set of harmonic strikes, at least as full as the physics of the instrument will allow, while the Xylophonics patch introduced a new concept to me, where the string is plucked and muted, generating a tone not dissimilar to a pizzicato stringed instrument.

The Bisbigliandi FX patch will prove exceptionally useful, as it offers a beautiful and sometimes unnerving selection of trills, with lovely movement in texture and dynamic, while in a masterstroke, also offers independent release for each.

Meanwhile, the Pedal Buzz FX patch is pure soundtrack fodder, as the player holds the pedal between two positions, slackening the string to create a metallic buzz which meanders in tuning and tonal colour, with an aggressive attack right up front.

As if to leave the most outlandish until last, the Thunder Crash and Palm Slap work purely within the lowest part of the instrument register. Strings are aggressively pulled to cause conflict with the strings around them, generating yet more metallic tones, while the Palm Slaps are literally just that; slightly softer, but equally unnerving.

You do get the sense that Cinesamples wanted to create the perfect and most comprehensive of harp libraries, while taking things to such a degree that it goes way beyond what might be considered the norm for a regular instrumental library.

Fire up the first patch and you’re transported to a land of fantasy, with a highly playable instrument which has a beautiful depth and colour, along with some sensible additions such as the ability to sustain using the sustain pedal – which is strangely not something you always find with harp libraries, being a very keyboard-based concept.

The additional instrumental patches which place the harp in context are immensely useful, while the sheer breadth of timbral choice available with the Glissandi and FX-based patches make this package a little bit of a bargain for the price, at least if you need harps on a regular basis. Anyway, it’s time to stop harping on about it – it’s comprehensive and covers all bases while going way beyond and sounds truly delicious. 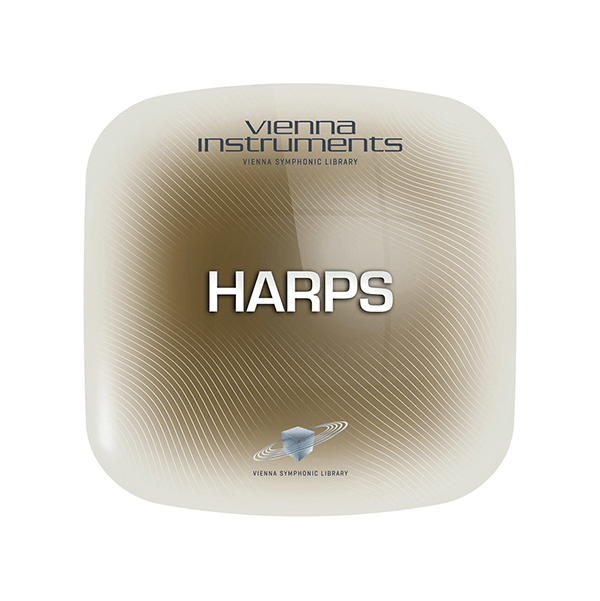 The very credible VSL Harps is available in two volumes, building up to a full collection which mirrors CineHarps, but it’s possible to buy streamlined versions of each volume, which makes it very palatable, if you want to spread the cost. 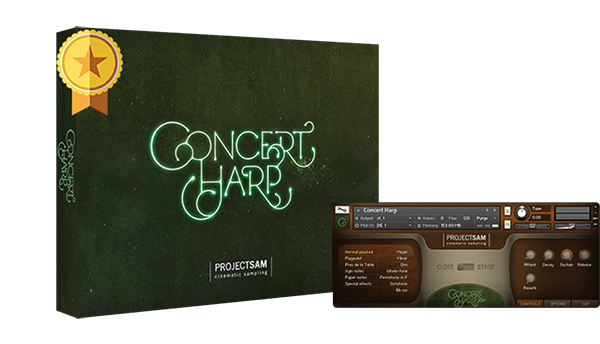 ProjectSAM’s package is admittedly half the price of Cinesamples’, but it lacks the depth of recording and completeness of CineHarps. It sounds slightly light in context, but at this price, it’s not to be ignored if you’re working to a tight budget.