Why take five plug-ins into the studio when you could do it all with one? Hollin Jones uncovers the time-saving secrets of Blue Cat Audio’s shiny new MB-7 Mixer… Details Price €99 ex VAT Contact Via website Web www.bluecataudio.com Minimum System Requirements – Windows XP or higher, with SSE2-enabled processor – Mac OS X 10.5 or higher, with Intel processor […] 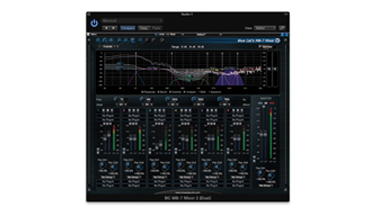 Why take five plug-ins into the studio when you could do it all with one? Hollin Jones uncovers the time-saving secrets of Blue Cat Audio’s shiny new MB-7 Mixer… 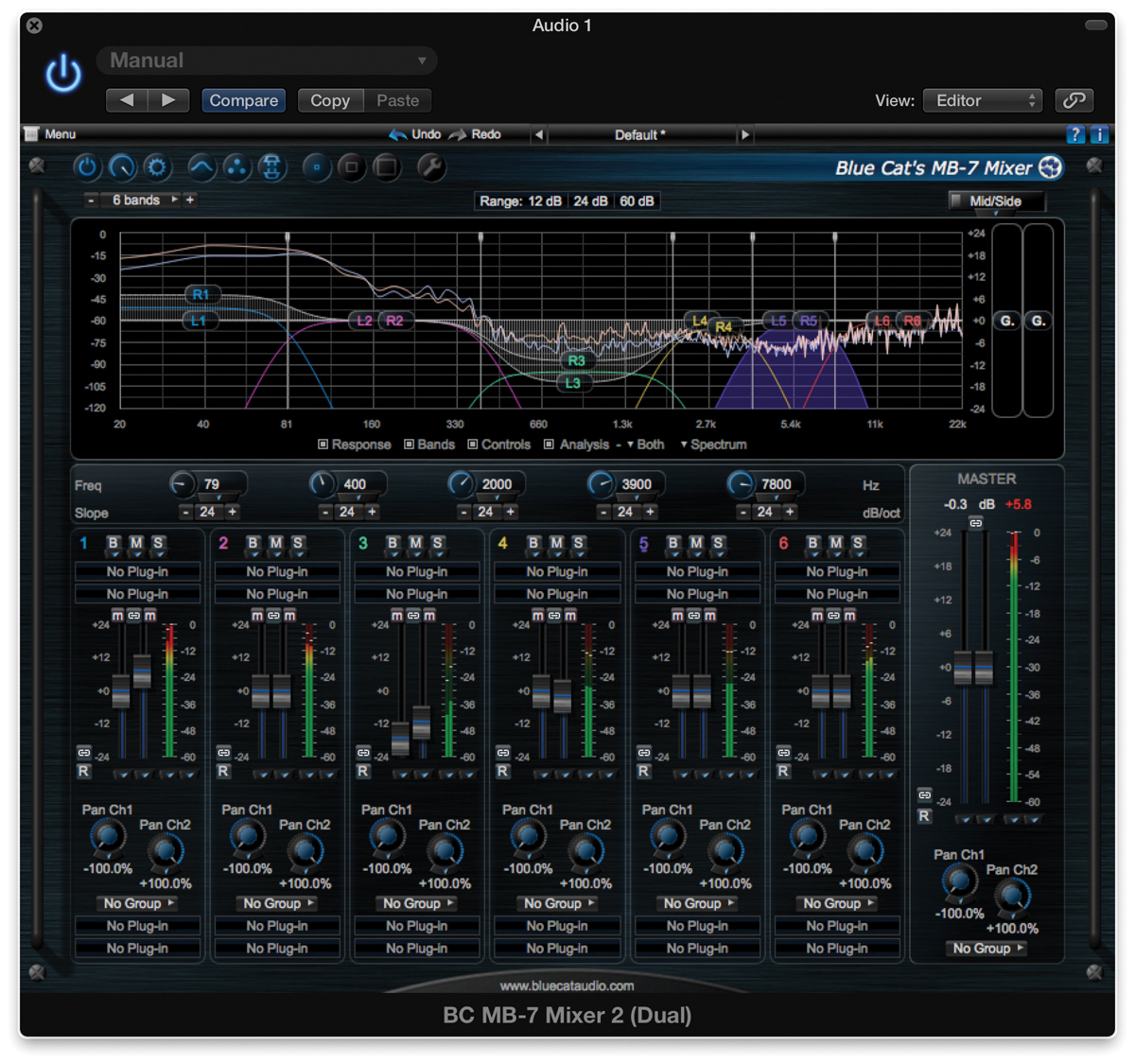 Blue Cat Audio makes a range of advanced audio plug-ins, processors and analysers with a distinct look and an almost forensic approach to working with sound. Its latest is a new version of the MB-7 Mixer, a rather unique plug-in that behaves like a standalone mixing device despite itself running inside a DAW or a wave editor.

You can apply the MB-7 to any audio track, be it an individual source, a group or a stereo mix of a whole song. It combines a lot of different tools into a single plug-in and is billed as a “multiband mixing console and VST/AU host”. It does indeed do all this stuff, so it’s something of a jack of all trades.You can have anywhere between one and seven bands and the plug-in’s interface automatically adjusts itself to accommodate them. Frequency boundaries can be set by dragging markers just like you would with a multiband compressor.

The idea is that you can split any sound, be it a single instrument or a whole stereo mix, into a number of frequency bands and process each one separately. That’s possible with other multiband processors, but the difference here is the range of tools available on each channel.

To begin with you get mixer-style controls for each frequency band, including stereo faders, pan, solo, mute and bypass controls. This is a bit like EQ in the sense that it lets you pull different frequencies up and down, but it’s more flexible because it also gives you the ability to pan frequencies within a sound and link and unlink the left and right channels within each frequency band. In fact you can also link multiple faders across frequencies and even across several instances of the plug-in for an incredible level of control. There’s also internal grouping of channels.

Here’s where things get really interesting: each frequency band can be processed by other plug-ins, in VST or AU format with two slots pre- and two post-fader per channel. So you can selectively affect any part of a signal using any plug-in from your library, applying reverb only to the upper mids, or compression just to the bottom end, for example. And thanks to the user-definable crossover points you can isolate sounds relatively easily.

This is possible using a range of other tools, of course, but only at some considerable effort. Here it’s a breeze, and perfectly accessible even to the less experienced producer. It also enables you to achieve this kind of stuff in simpler applications such as wave editors that may not have advanced mixer, routing and plug-in technology like DAWs do.

What’s It For?
Blue Cat lists a range of possible uses for the MB-7 but you can probably already anticipate a few of them for yourself. The ability to break any sound seamlessly into up to seven frequency bands and then tweak and process each one using many of the tools you’d find in a mixing console is remarkably useful. The developers suggest uses such as multiband level correction and stereo widening, VST hosting, frequency isolation, mastering, VST plug-in bridge and selectively processing specific frequencies, amongst others.

There’s a mono switch on the master fader for mono compatibility checking, and Blue Cat’s usual comprehensive interface tools are available, providing menus and right-click shortcuts to setup and presets. There’s no latency involved in using the plug-in and it’s capable of advanced side-chaining. Automation is supported, and there’s full MIDI control including quick access to MIDI learn for most parameters. 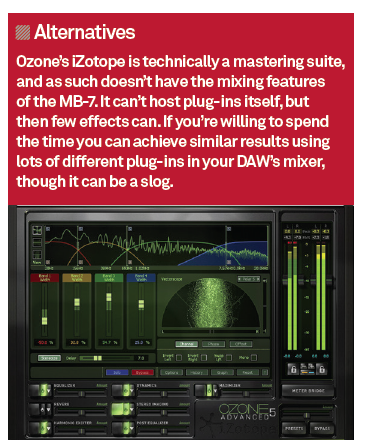 The MB-7 is in some ways an answer to a problem I hadn’t realised existed. Of course people use multiband processing all the time, and the process of loading these things into a project hadn’t seemed particularly arduous until I used the MB-7, at which point I wondered why other tasks couldn’t be as simple as this was making things.

It’s true that you might not use every feature at the same time: sometimes you’ll want to pull a couple of frequencies up or down and compress them, other times you might need to change the panning on a specific frequency. This plug-in brings such a range of tools together in one easy-to-use interface that it’s an incredibly useful thing to have around. 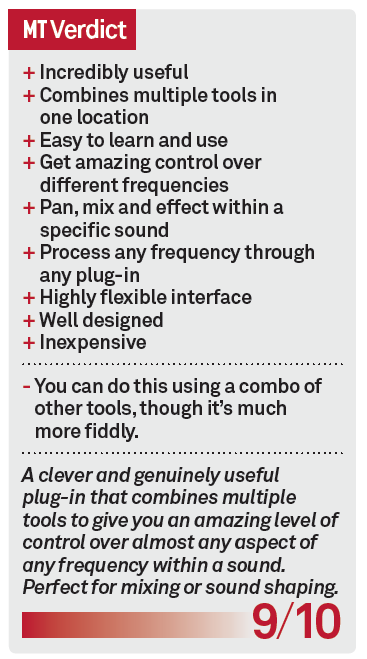