Eduardo Tarilonte records eight female vocalists to serve up yet another fantastical treat. Andy Jones is in heaven… Details Price £159 Contact Best Service +49 (0) 89 45228920 Web www.bestservice.de Minimum System Requirements  PC: Windows 7 Mac: OS X 10.7 Amazon.co.uk Widgets Eduardo Tarilonte was interviewed by us recently, because we have been so impressed with the […] 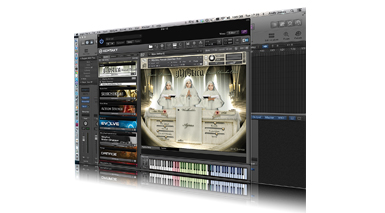 Eduardo Tarilonte records eight female vocalists to serve up yet another fantastical treat. Andy Jones is in heaven… 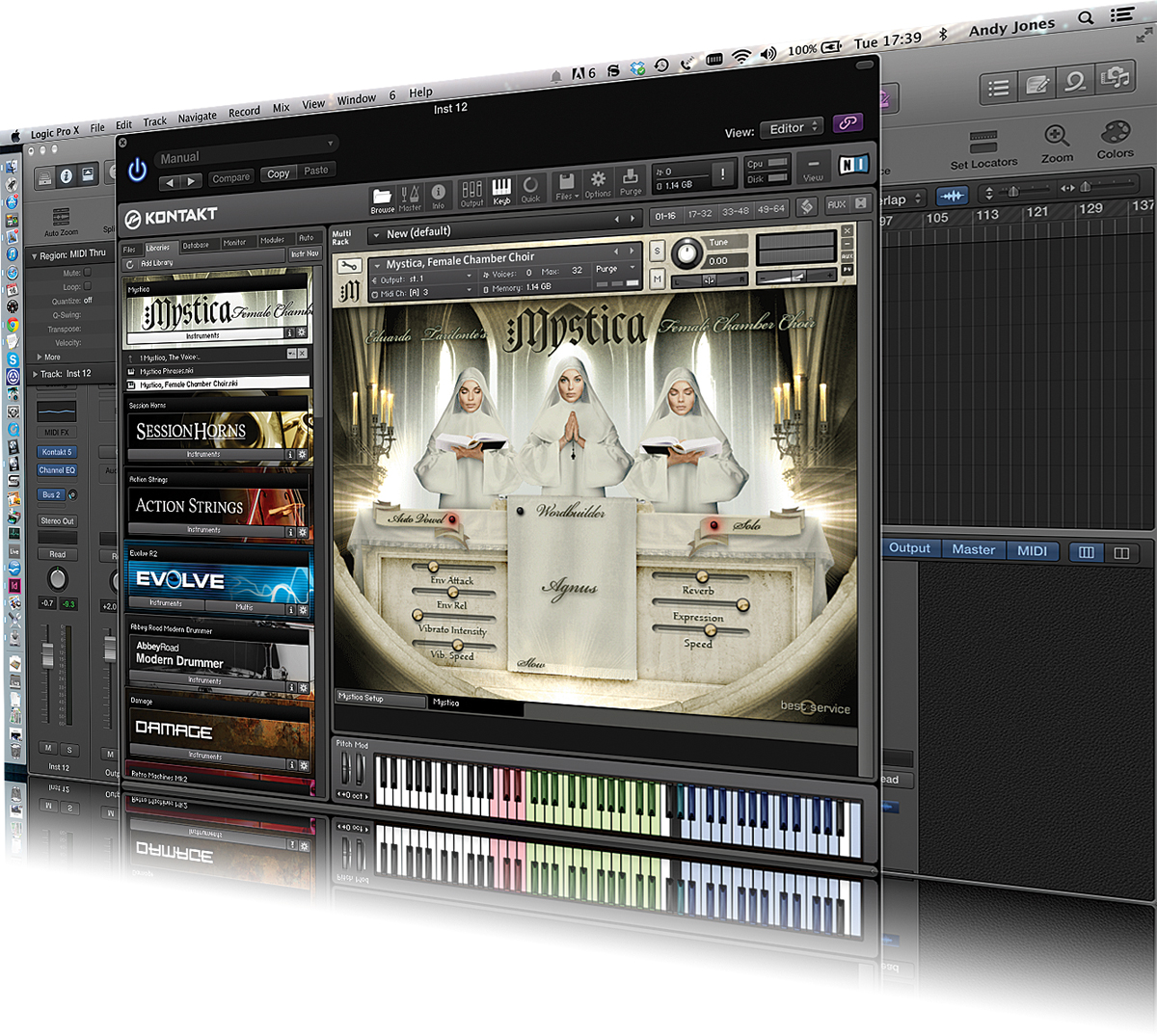 Eduardo Tarilonte was interviewed by us recently, because we have been so impressed with the three previous libraries in this, what some may call, the Best Service Fantasy series.

The vocal story so far is elves (Shevannai, brilliant); monks (Cantus, also great); and the dark ages/Renaissance (Altus, another cracker). The rather mystical theme is continued here with Mystica, and this time Eduardo has recorded eight female vocalists; the results lie very much in the same period as Cantus, but obviously male rather than female.

Indeed, from the Best Service website Mystica has been designed very much as the partner to Cantus as it says of the recording: “the library forms a perfectly matched mixed choir when being combined with Cantus. Therefore, Mystica has been recorded under identical conditions in Spanish KBYO Recording Studios, located in Granada, using eight selected Neumann microphones and Avalon preamps.”

ET at Home
Eduardo is clearly at home recording vocalists and, as with all of his previous libraries, the vocals here are sublime. The library includes the now usual word builder where you can combine syllables into words and phrases to make Gregorian-style passages. And, as we’ve said before, whether these words or sentences make any sense is neither here nor there, as they sound so good.

The library is set out in three folders: The Voice, FX and Soundscapes. Load The Voice folder and you have two presets: Phrases and Chamber Choir.

The first is four banks (selectable by red keys in the now famous Kontakt style) of either 24 or 26 phrases played over two octaves or more. Here you could make complete passages and chants – again the recording is spot on, and the reverb just right (though adjustable up and down to dry) with other controls including expression, envelope and speed.

The Chamber Choir preset breaks it down to words (24 on the green notes) and vowels (on red) all played at different pitches (on blue). Here you also get Word Builder, which contains 120 syllables for you to place in any order to make complex words or complete phrases.

Evil FX
The second folder is FX, not present in all of Eduardo’s other collections, and you can soon see why as it’s used very well with the female voice, covering some eerie vocal effects, (rising and falling) emotional laments, cackling laughter, spell casting and so on. This is where the library takes a darker turn and it’s a good counterpoint to the ‘nicey nicey’ Gregorian stuff.

So now it’s a case of ‘Good 1 versus Evil 1’, leaving the third and final included folder: Soundscapes. 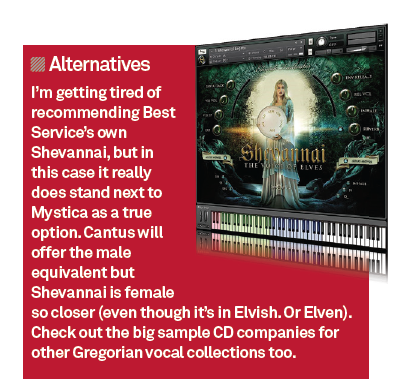 There is more emphasis on the eerie and dark with these atmospheres –more so than in the other vocal collections – but you can really build atmosphere and especially tension with what’s on offer, even though, as usual, I’m going to criticise them! I’m in danger of repeating myself as it’s the only negative I ever have to say about Eduardo’s libraries, and that is that the soundscapes always take second place.

I know he specialises in vocal recordings, and I know these are superb, but so are the soundscapes (many made up of stacked vocal effects), so you feel slightly teased and taunted with just the dozen on offer here.

From memory there were more with Shevannai, and the soundscapes are why I turn to that collection again and again. They simply add another dimension to titles that could be considered too focussed on specific vocal styles.

But that is only a minor quibble. What’s here is great and I am, let’s face it, just being greedy.

So again, we bow down before Eduardo. It’s another mystical delight. Specific, yes, but mesmerising, hugely atmospheric and like the hat-trick before it, could and should find its way into a variety of fantastical genres. 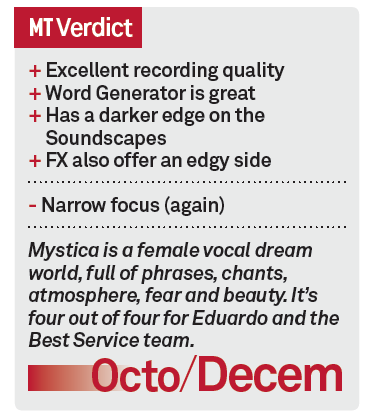