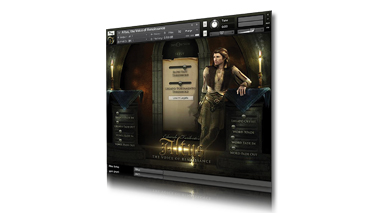 Altus is the third in Best Service and Eduardo Tarilonte’s mystical vocal collections. Can Andy Jones be any more excited? As they said in medieval times, ‘non’… 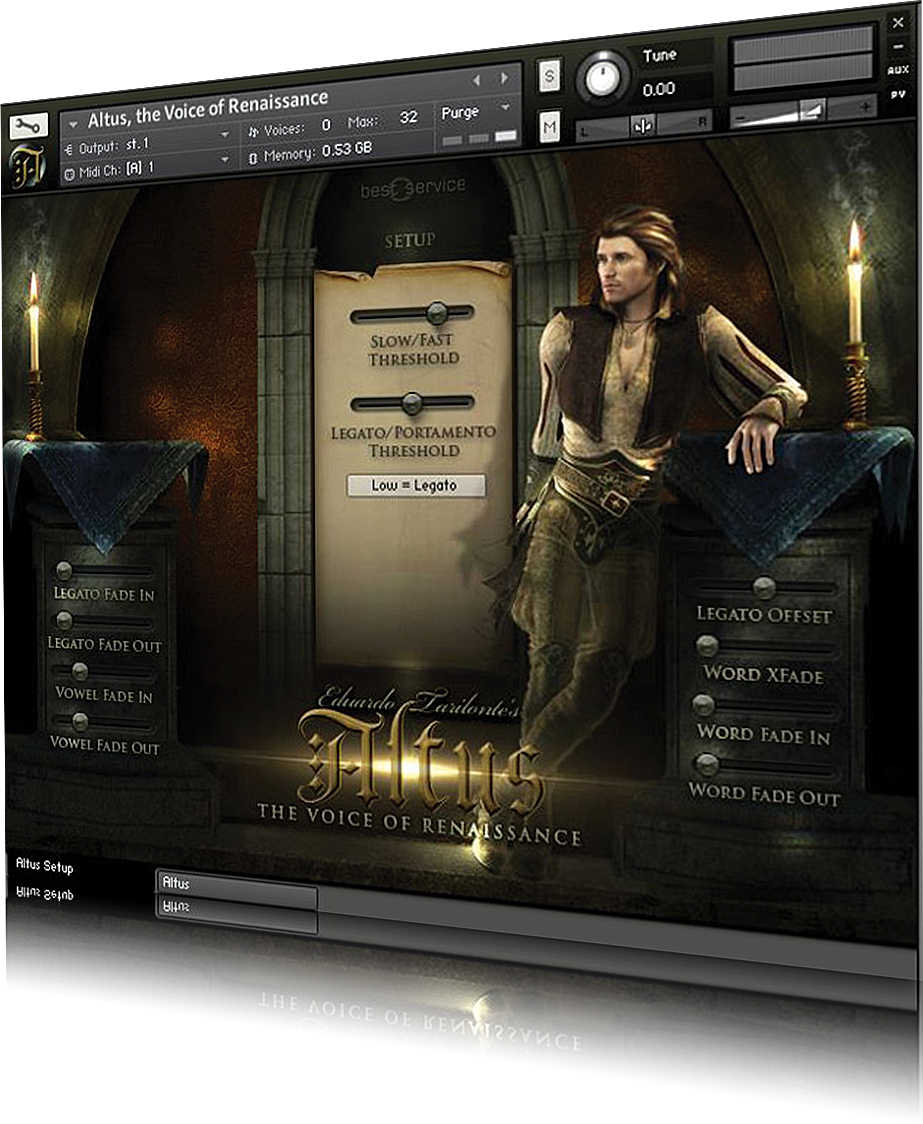 Regular readers will know about my not-so-secret love of donning cloaks and loading up Best Service vocal collections. So far I’ve loved Shevannai (The Voice Of Elves) and Cantus (the equivalent with monks), and have become a bit of a closet fan of Eduardo Tarilonte, the vocal sound designer who puts these amazing collections together.

Where Shevannai is the stuff of fantasy and Cantus the stuff of monastery, Altus is camped fair and square in the Renaissance period, so completes what you might call a medieval hat-trick. OK, so elves didn’t really exist [eh? Sub-ed] and Gregorian vocals are spread across many a century, but you get my drift. All three of these instruments are fantastical, atmospheric and quite definitely part of a mystical vocal collection – indeed bestservice.de markets them together.

Game of Tones
Altus concentrates on the countertenor voice and is a collection, as Best Service say, ‘for your Renaissance and Baroque music productions, for films, documentaries, video games and new age music.’ As with Eduardo’s other collections it includes words and phrases, in this case using the countertenor José Hernández Pastor as their source.

It’s a 1.3GB collection, so not too large, and once loaded into the Kontakt environment Altus has two main folders: The Voice, made up of these word and phrase presets; and Soundscapes, comprising 15 presets.

Load up the word preset and you get Wordbuilder, which enables you to choose and put whole words, parts of words and vowel sounds together to make phrases, some of which must mean something, and some of which will end up being pure gobbledegook. There are 26 words, 136 parts, i.e. syllables, and of course five vowel sounds. 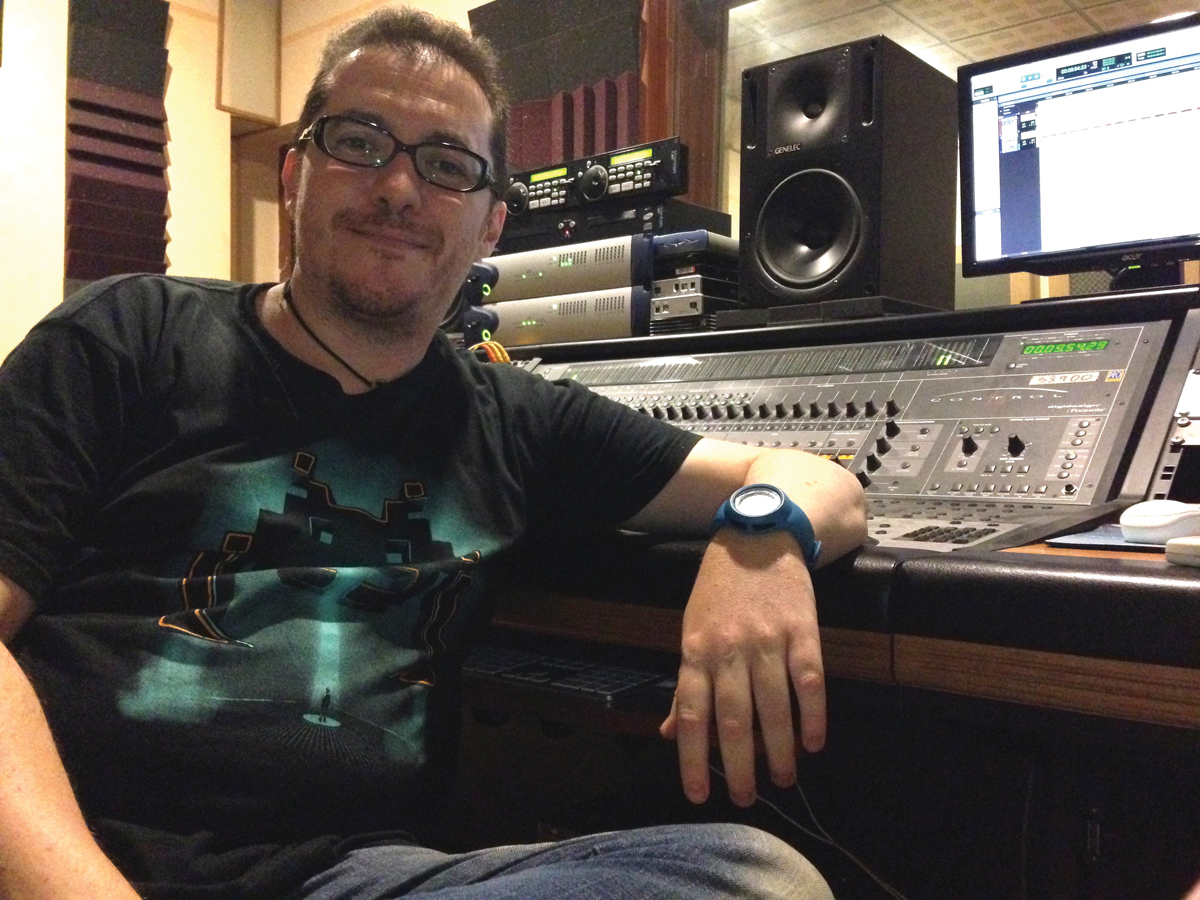 Eduardo Tarilonte: the man behind Altus, Cantus and Shevannai. We talk to him at length in the next issue of MusicTech magazine!

Putting words and phrases together is easy. Simply click on an empty block and choose from the words or parts with a dropdown menu. Play a key and the parts will be played stringing them all together as you repeatedly hit the note. Instant Renaissance!

Within this section you can also click off the Wordbuilder to play the different whole words at various pitches, controlling envelope times, reverb and so on with sliders on screen. Words include the obvious (Agnus, Amen, Corpus) and the not so obvious (Fortuna, Inferno and, er, Gloria).

The second preset covers the phrases, of which there are 130 across three key switches. As ever, recordings are pristine and each phrase lasts for usually between five and 10 seconds so there’s plenty of vocal meat to add to your tunes.

The vocal itself is the same person across all words and phrases (the aforementioned José Hernández Pastor) so there’s an argument to say if you don’t get on with his voice you’ll not get along with anything here, so check out the demo on the website first. Personally I find him very agreeable…

Soundscapes
This is an area where the other collections have teased you with some of the most beautiful textures you will ever hear, and when I say ‘tease’ I mean they offer them but not that many.

Altus is the same – it’s more about the voice than these soundscapes but I love them anyway. With names like Mysterious Lights and Horse Ride To Florence you get mystery by the bucketload, atmosphere by the gallon and imagination like a big long hazy drug trip. In short, they’re brilliant, big textures and I want more. Maybe Best Service could release a collection of these on their own, and lots of them! 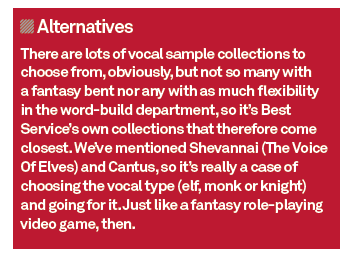 Altugether Now
Again, you can’t fault Altus as a collection that sets out to do something and does it incredibly well. The focus, again, is narrow, which is a huge strength but also a weakness as it obviously isn’t going to appeal to everyone.

But as I’ve continued to use Shevannai and Cantus since reviewing them I have found myself turning to them for all sorts of reasons and all sorts of different genres, and have been surprised at how important they have both become, even inspiring new genres of music (my ‘spiritual house’ album will be on sale next year, I promise). 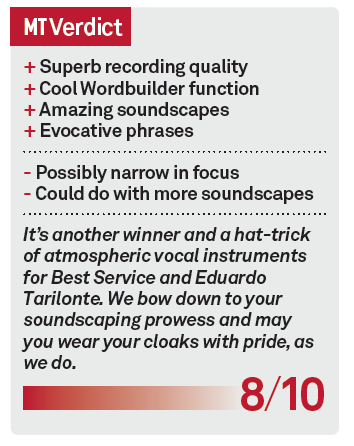