The ATM350a mic system comes equipped to take on a variety of live and studio tasks. Mike Hillier finds out if it can reach the places other mics cannot… Details Kit ATM350a Manufacturer Audio-Technica Price £320 Web www.audio-technica.com While, for most basic jobs, the humble mic stand is a great tool, there are plenty of […] 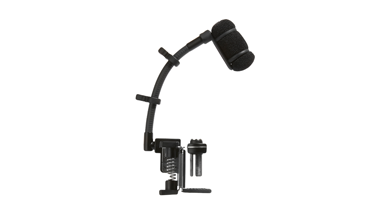 The ATM350a mic system comes equipped to take on a variety of live and studio tasks. Mike Hillier finds out if it can reach the places other mics cannot… 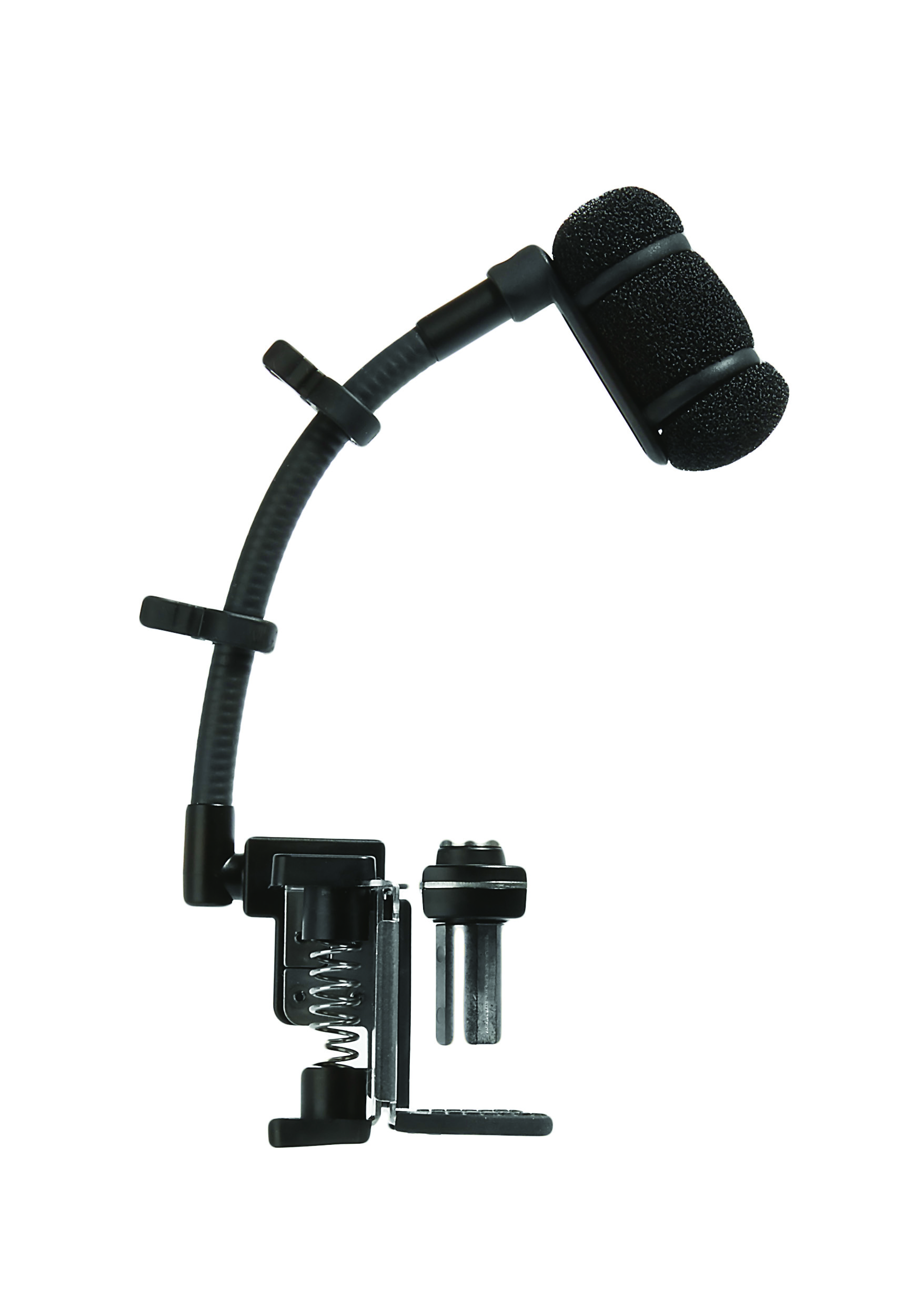 While, for most basic jobs, the humble mic stand is a great tool, there are plenty of occasions when something more task-specific is required. Specialist clips can enable a musician to move around without worrying about distance from the mic, or as an alternative to the mic stand when space might be an issue – such as when multi-mic’ing a drum kit. With this in mind, Audio-Technica has created the ATM350a instrument-mic system, which combines a small-diaphragm condenser microphone with a variety of mounting options.

Each version of the system comes with a different one of these, the ATM350a mic itself and the AT8543 power module. Available mounting modules include a universal clip, drum-mount clip, magnetic piano mount, velcro violin mount, and a velcro woodwind mount. There are also gooseneck adaptors in different sizes for use with some of the mounts – a short gooseneck for use with the drum mount for example, and a larger one for the piano mount.

Our favourite mic system for grand pianos has been the Earthworks PM40 piano-mic system. However, it’s prohibitively expensive for most tours to even hire one, making the ATM350a a more realistic option. For drums, there’s a wide range of kits available, with specialist mics for each task; we had great results with the Telefunken DD5 Drum Mic Pack.

Jack of all trades

The ATM350a mic itself is a small-diaphragm condenser in a tiny housing, just over an inch in length, with a built-in moulded cable that terminates in a proprietary four-pin connector which attaches to the inline power supply: a barrel-shaped device with an indented high-pass filter switch and a full-size XLR connection for connecting to standard equipment. The power supply needs phantom power, but can operate on anything from 11 to 52V.

By separating the power supply and filter from the microphone, the ATM350a is able to get into positions that other mics might not be able to reach. And while it’s not quite as small as many broadcast mics, it’s perfect for instrument recording, and live-sound reinforcement duties, where space or weight might be an issue.

For the review, we were provided with all of the various adaptors, enabling us to try out the ATM350a on as many sources as possible. We started with our grand piano, using the piano mount, which magnetically attaches to the cast-iron plate, or harp, of the piano. And with the larger gooseneck mount, we were able to position the microphone with ease. The sound was clear and full bodied, and responded well to repositioning around the inside of the piano. 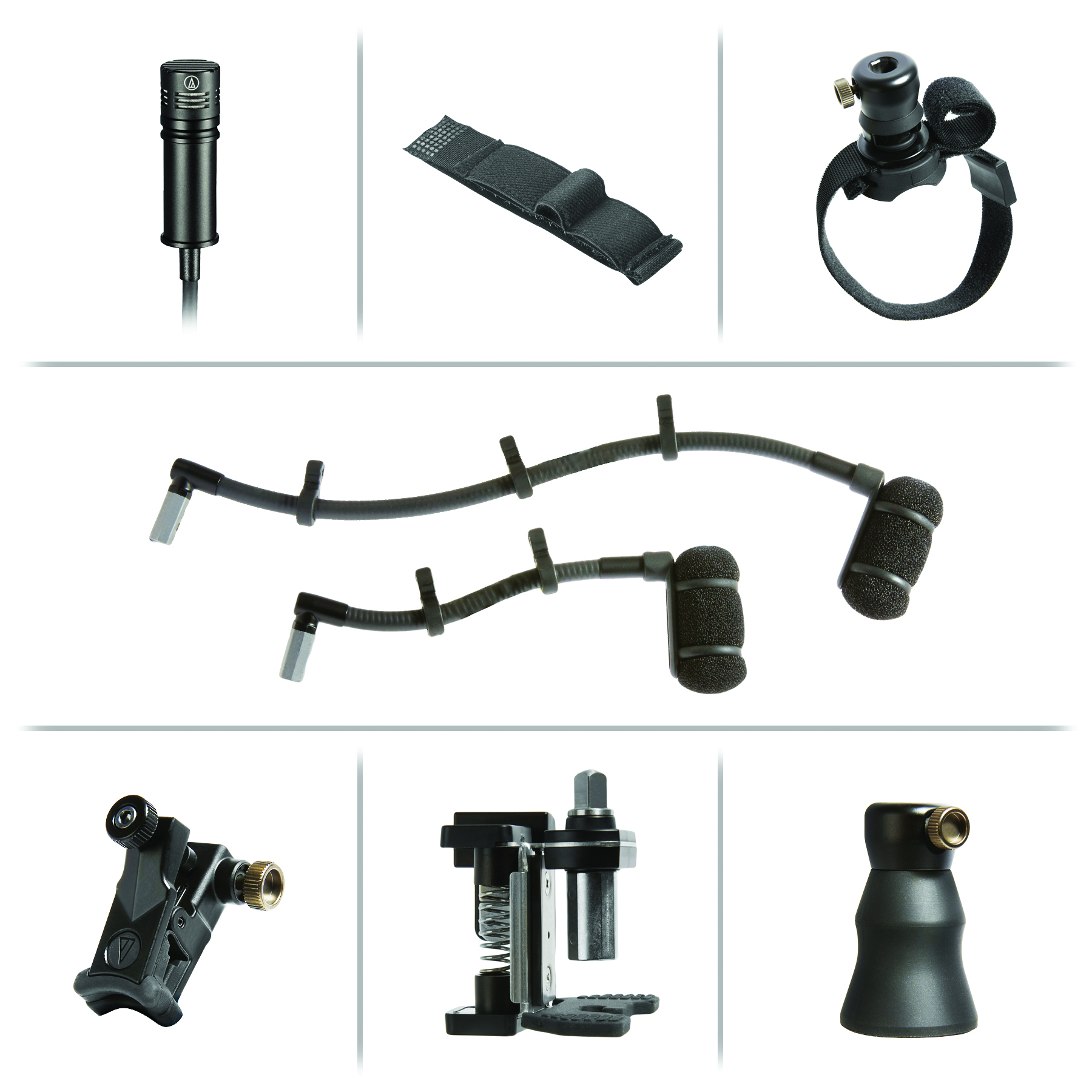 For touring, where a different piano is usually supplied each night at each new venue, a pair of these mics would be invaluable, as they can be set up and pulled down in seconds. On our drum kit, the drum mount attaches with a spring-loaded grip, which again enables set up in seconds.

We tried the ATM350a on the snare first, before switching to floor and then rack tom. The mic is perfectly voiced for snare, with a powerful attack through the upper mids, and a tight and controlled bottom end, producing a big solid ‘thwack’ with little-to-no EQ. Similarly, on rack tom, the mic voicing worked well – although it didn’t have quite the punch we’re used to with a Sennheiser MD 421.

On floor tom, the ATM350a lacked a little weight – and while the lack of stands will make for more room on stage, and a faster setup, we would prefer a mic voiced with a little more depth for this particular task. Having said that, big boomy toms aren’t necessarily always the order of the day and the ATM350a takes EQ well, so if you do need it, it’s there to be dialled in.

There are also alternative piano mic’ing systems, as well as drum-mic kits, and clip-on mics for brass, strings, etc. The advantage of the Audio-Technica ATM350a is that, with the right adaptors, it can be made to work on any of these instruments – making it a perfect addition to the arsenal of anyone who works with a wide array of instrumentation.

For live use, this is a great mic, and we could see it being added to many a touring engineer’s toolkit. In the studio, there are fewer obvious uses, but it could still be handy to have around for those occasions when you’re struggling to mic an instrument that you don’t record often.