API has given the much-loved 512 preamp an overhaul. Mike Hillier looks to see what’s been done to improve on an industry-standard piece of kit… Details Manufacturer API Price $995.00 Contact Source Distribution Web www.apiaudio.com The 512 preamp is an American classic. If a Neve 1073 is a Roll’s Royce Silver Shadow – classically British, […] 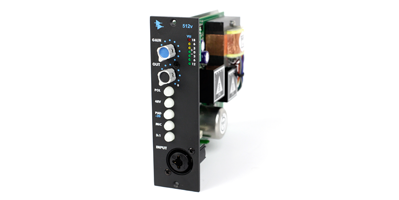 API has given the much-loved 512 preamp an overhaul. Mike Hillier looks to see what’s been done to improve on an industry-standard piece of kit…

The 512 preamp is an American classic. If a Neve 1073 is a Roll’s Royce Silver Shadow – classically British, smooth and luxurious, then the 512 is a 1970s Dodge Challenger – typically American, bold, muscular and punchy.

Reworking a classic such as this isn’t easy. Users have come to expect a certain sound from the 512, and messing with that formula is likely to leave users unhappy. But if API can retain the sound, while adding new features, then it’s likely to have a hit on its hands.

Before we racked up the 512v, we took a look at the insides and compared it to one of our 512c units. At first glance, the units appear quite similar, with the biggest difference being the addition of a second 2520 discrete op-amp in the circuit path of the 512v.

TRS inputs on the 512c have been replaced with a combo input – which makes a lot of sense and frees up space for the additional 3:1 switch and the output pot.
At this point, you might be asking yourself what the use is for an output 3:1 switch, when the 512v comes with an output attenuator? The attenuator can pull the level down from unity to null, so what use is a few dB off the final stage? The answer comes in the ability to drive different stages of the preamp for different saturation types.

The API design has been heavily copied and adapted by other manufacturers, from BAE to Warm Audio. One of our favourites is the CAPI VP28, which isn’t an exact clone, but carries much of the same flavour.

The VP28 has an optional stepped input and output gain switch, which makes it easy to set up a stereo pair – particularly useful when using it on stereo line-level signals, such as synths, or the mix buss. 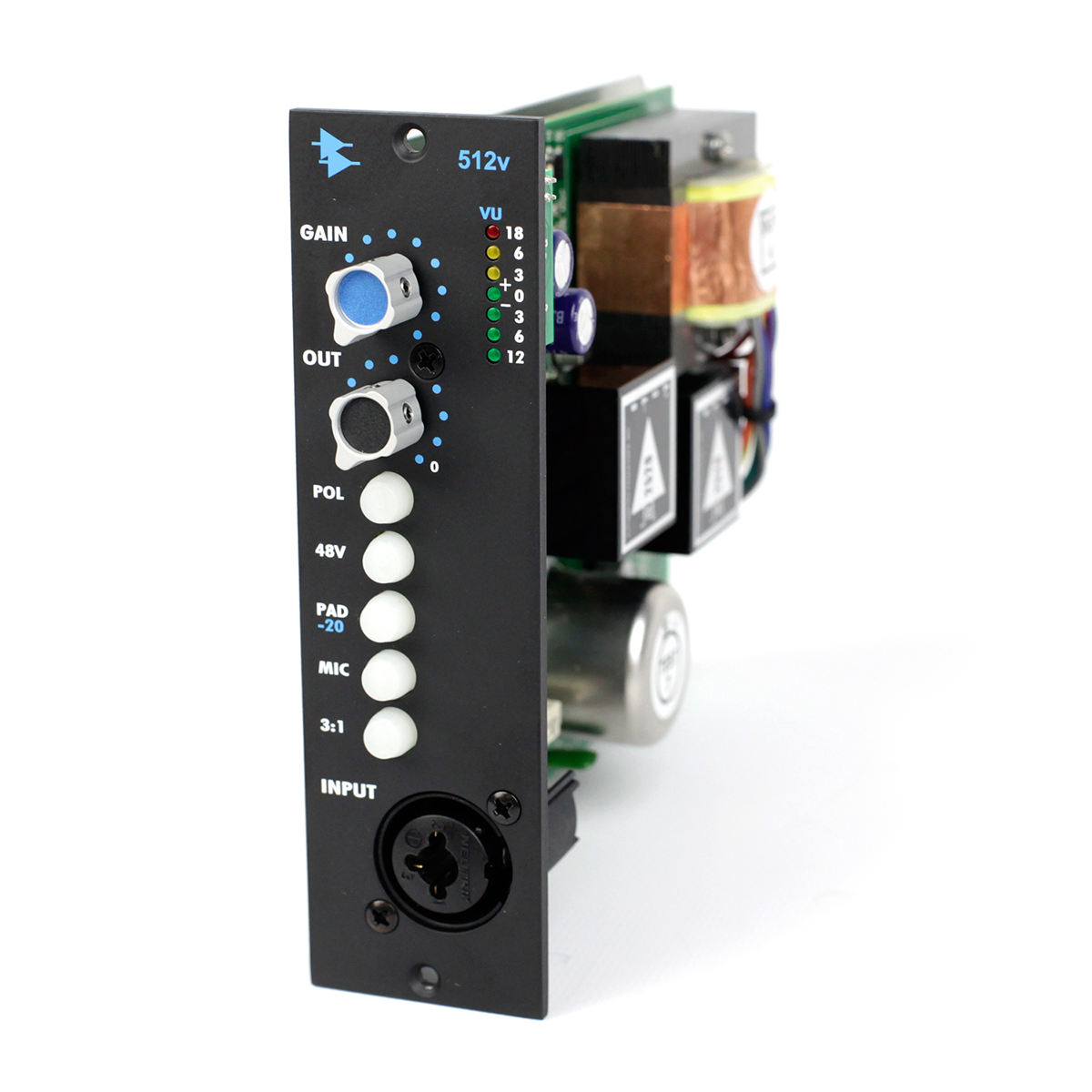 In the studio, this new flexibility opens up a raft of new opportunities to shape your tone.

Our favourite use for the 512 preamp, though, is for recording drums. We’ve grown accustomed to the attack of the 512c and the 512v gives you the same sound. With the 3:1 tap out, and the attenuator at unity, this sounds just like the older 512c. We tested it on kick and snare and even paired with a 512c on overhead duties – and it gave us exactly what we expected every time.

Transient detail is incredibly fast; the low-end is weighty… but it’s the midrange where the signature 512 sound comes through the most, producing an aggressive, meaty tone, which is also the reason why these preamps end up being used for so many rock-guitar recordings.

On a rock vocal, recorded through an Electro-Voice RE20, the 512v could be dialled in to a good, solid, clean tone. Engaging the 3:1 switch lowered the level, but had very little initial impact
on the tone.

However, this lower level meant we were able to crank the gain further without clipping our A-D converters, and by combining this with a little output-gain reduction, we were able to find a sweet spot for our vocalist, where the 512v would just start to break up at the loudest parts of the vocal, bringing out an edge to the performance that wasn’t there when we had left the 512v running cleanly throughout.

This trick isn’t only useful on vocals, and can be used to bring an extra edge to synth parts. Running the preamp at line level, there’s up to 45dB of gain available, which can then be pulled back down at the attenuator or the 3:1 tap.

Plugging an old Access Virus C into the 512v and driving it produced a sound like nothing the Virus can make on its own: it felt like playing with a completely new synth, one that was instantly more alive. We could even imagine using a pair of these across the stereo buss while mixing, just to give the mix an extra touch of colour instead of using any outboard summing.

An eight-channel rack of these in a lunchbox will give you everything you need to capture incredible-sounding acoustic drums. The 512v is a preamp full of fight, and while it is an obviously rock sound, that doesn’t mean these couldn’t be made to feel just as at home in electronic music, hip-hop, or even folk styles. 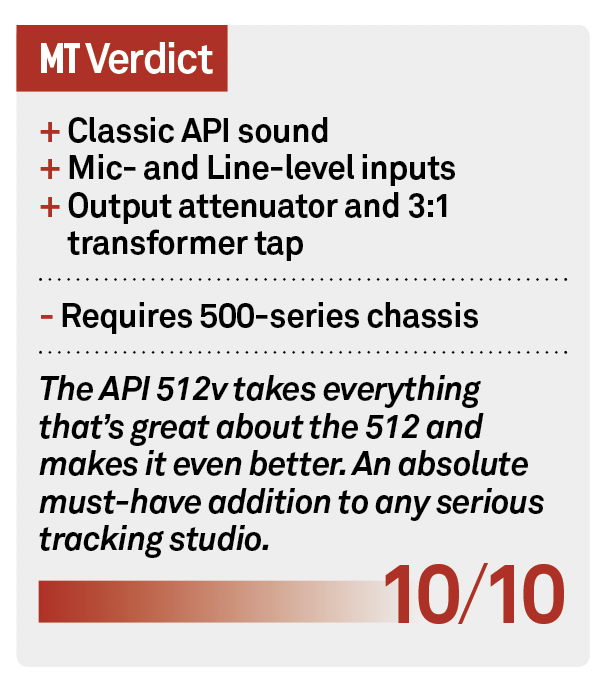