As an owner of a first-generation MixWizard desk, Liam O’Mullane sees if this new addition to a solid line of mixers keeps the magic alive… Details Price £899 Wizard USB Audio upgrade: £299 Contact 01326 372070 Web www.allen-heath.com Amazon.co.uk Widgets Known for their reputation of producing mixers built like tanks while managing to deliver a […] 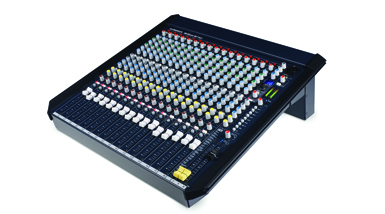 As an owner of a first-generation MixWizard desk, Liam O’Mullane sees if this new addition to a solid line of mixers keeps the magic alive… 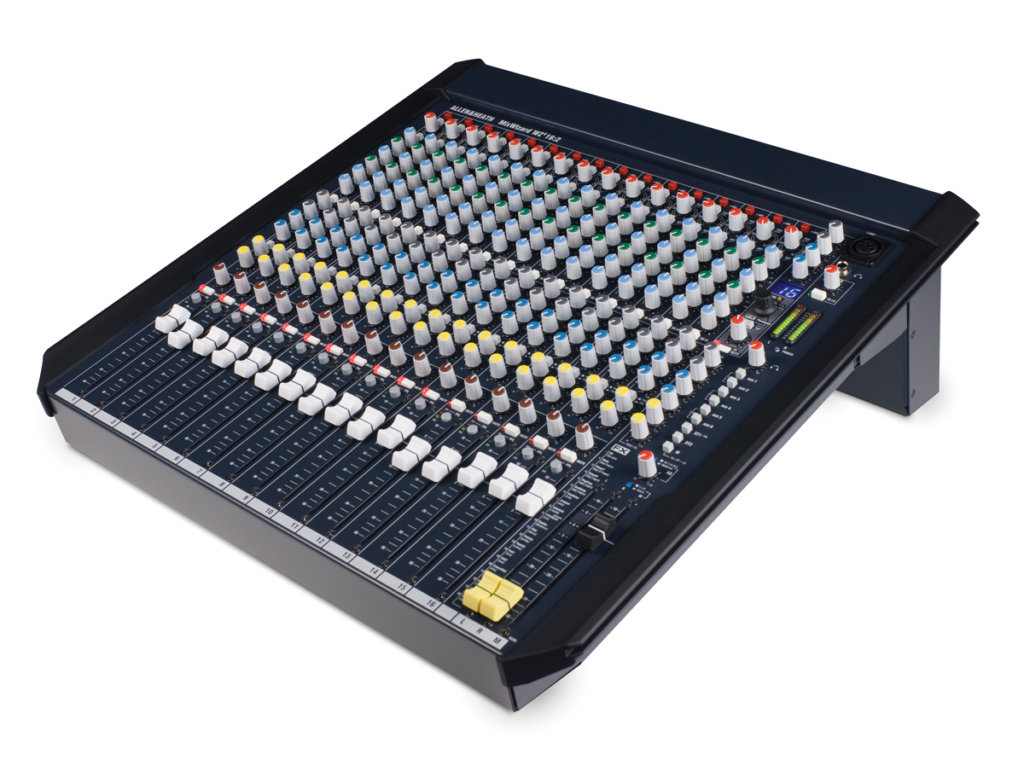 Known for their reputation of producing mixers built like tanks while managing to deliver a high level of sonic quality, Allen & Heath’s products range from the tiniest of compact mixers in their Zed range to full multi-track studio desks through the GS series.

Bang in the middle of this is the MixWizard series, which consists of three mixing desks based around 16:2, 12:2 and 14:4:2 configurations. All of these stay true to the previous generation’s 19in rackmountable form, and the connectivity back panel can be easily unscrewed and mounted for access at the rear or underside of the console, catering for various installation needs

The MixWizard has a comprehensive set of inputs and can also be opened up via the underneath and rear panels if you need to install it into your setup.

We’re looking at the 16:2 model, and its configuration definitely leans towards live sound, but a new option to upgrade with a USB 2.0 interface can enable capture of all 16 inputs taken from direct-outs, which is a great option to capture audio of live performances or in the studio. This is a welcome improvement over the previous USB 1.0 interfaces we’ve experienced with the Zed range, which have been limited in terms of input capture and sample-rate/bit-depth.

Packed in Tightly
The main look of these desks hasn’t changed much since the first generation, with a clear-to-understand layout that’s essential for a desk installed and used by roaming engineers needing to learn its architecture on the day of a show.

Whereas my first generation 16:8:2 mixer included phantom power on a global scale, each channel here has its own phantom switch, making it much easier to manage setup changeovers between multiple performers if some gear needs unplugging while other bits stay in use.

Another new feature is the inclusion of two multi-FX units; these may only have 20 presets between them but they do hold a high sonic quality, great stereo spread and a parameter to tweak for fine-tuning. Four of the six auxiliaries available can be used post-fader to feed external gear, which can be returned using two stereo return tracks. The first two aux sends are pre-fader only, yet three and four can be switchable to post or pre.

The 16-channel MixWizard is a very compact console, and is ideal for both live use and for studio work.

Stripped Down
Whereas advertised input counts versus the true useful number of inputs on a console can differ, this is not the case here, as the WZ4 is a true 16:2 desk with 16 fully featured channel strips and two level controls for two stereo returns. Your signals can enter each of the 16 channels via XLR mic or line-level jack inputs, and there are inserts per channel strip alongside direct-out connections.

The USB outs are tapped from these direct outs to your software, so sadly any insert processing or EQ work can’t be captured to your DAW. This isn’t too much of an issue for live show capture but does make the USB feature more limited in use than you’d expect for the price. I often use my older MixWizard desk to shape sounds on the way into my computer using the famous A&H four-band EQ via buss-routing, and it would have been great to use the USB routing for this purpose on this mixer too.

The USB signal passing from your DAW back to the desk is quite limited too as it’s only a stereo buss. This means software processing is possible by feeding your 16 inputs into your DAW, but they must return mixed together in software making the EQ stage of your mixer completely redundant if you processed all 16 channels. It could be practical, however, to just feed some guitars connected via DI boxes into the desk and into an amp simulation plug-in to be returned into the mix as a stereo track.

Four-band Delight
Along with a high-pass filter switch per channel, the A&H four-band EQ includes low- and hi-shelf bands and a low- and upper mid-band EQ with the mids being sweepable.

These have a reasonably narrow fixed width to them, which are really effective at boosting key frequencies or eliminating less attractive frequency areas for a smoother-sounding mix and reducing feedback issues. Hi- and low-shelf bands can be pushed quite far while maintaining a musical sound.

The new feature that’s most worth getting excited about is the inclusion of a USB 2.0 out.

For purity the EQs can be bypassed, but as the buttons give click noises when switched they can’t be used to move from EQ’d to un-EQ’d and vice versa during a performance.

This mixer really does hold true to the previous model’s reputation, and the fully featured 16 channels in such a small footprint will be attractive to many people. USB is worth upgrading to if you want to start capturing live shows, just don’t expect too much from it in terms of its versatility. 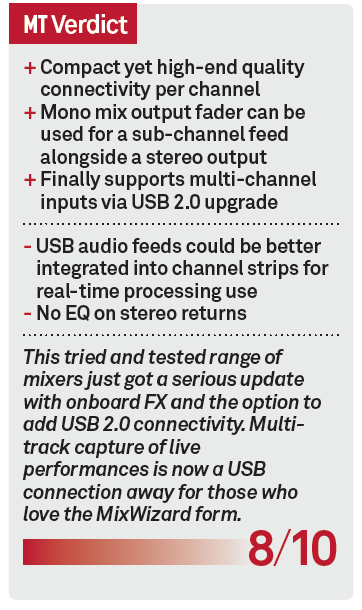