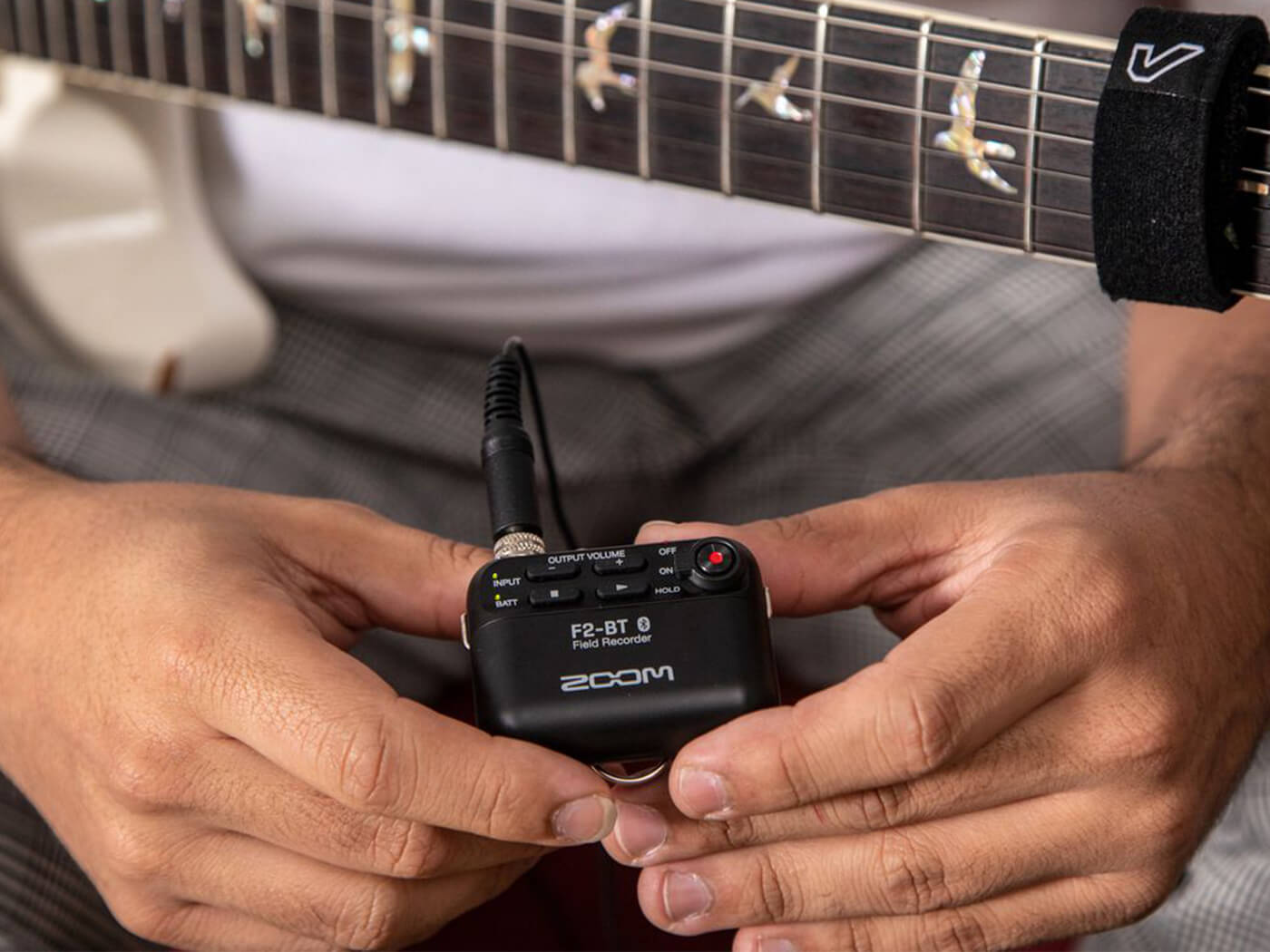 No gain or volume adjustments are needed on Zoom’s new F2 field recorder, as the brand has touted its “smallest and lightest recorder ever” to offer recording with 32-bit float technology.

The F2 is positioned as a recording device for podcasters, videographers, journalists and other creators on the move. It’s a discrete device that clips onto the belt of a talent – and operates with an included lavalier microphone.

Recording at 32-bit float affords an extremely wide dynamic range (1,528dB if you wish to be pedantic); meanwhile, 24-bit linear offers around 144.5 dB of dynamic range. For a fun comparison, the loudest reported sound in history, the eruption of Krakatoa, was measured at about 180dB.

But the F2 isn’t being marketed exclusively to volcano chasers, i.e. capturing loud sources isn’t exactly the point. Zoom uses its 32-bit float as a means to streamline recording in the field.

The higher bit depth essentially eliminated the possibility of digital clipping; although microphonic distortion and preamp clipping are matters of their own.

Still, Zoom is confident enough in its 32-bit float technology to not include input gain controls on the F2. It also claims that the diminutive recorder is able to capture “the quietest signals in beautiful detail.”

The F2 records onto a microSD, microSDHC, and microSDXC cards (not included) of up to 512GB. There’s also a bluetooth edition – the F2-BT – which offers timecode synchronisation for video work, plus wireless start/stop and more via the F2 control app.

On only two AAA batteries, the standard edition can record for up to 15 hours, while the bluetooth edition does about 14 hours. Both can be powered via USB power bank, too.

Each unit also ships with Steinberg’s WaveLab Cast an editing and mixing suite.

See these field recorders in action below: