Watch how the music of Rick and Morty is made

Ryan Elder demonstrates how he soundtracks for the popular animated series with help from Audient Nero. 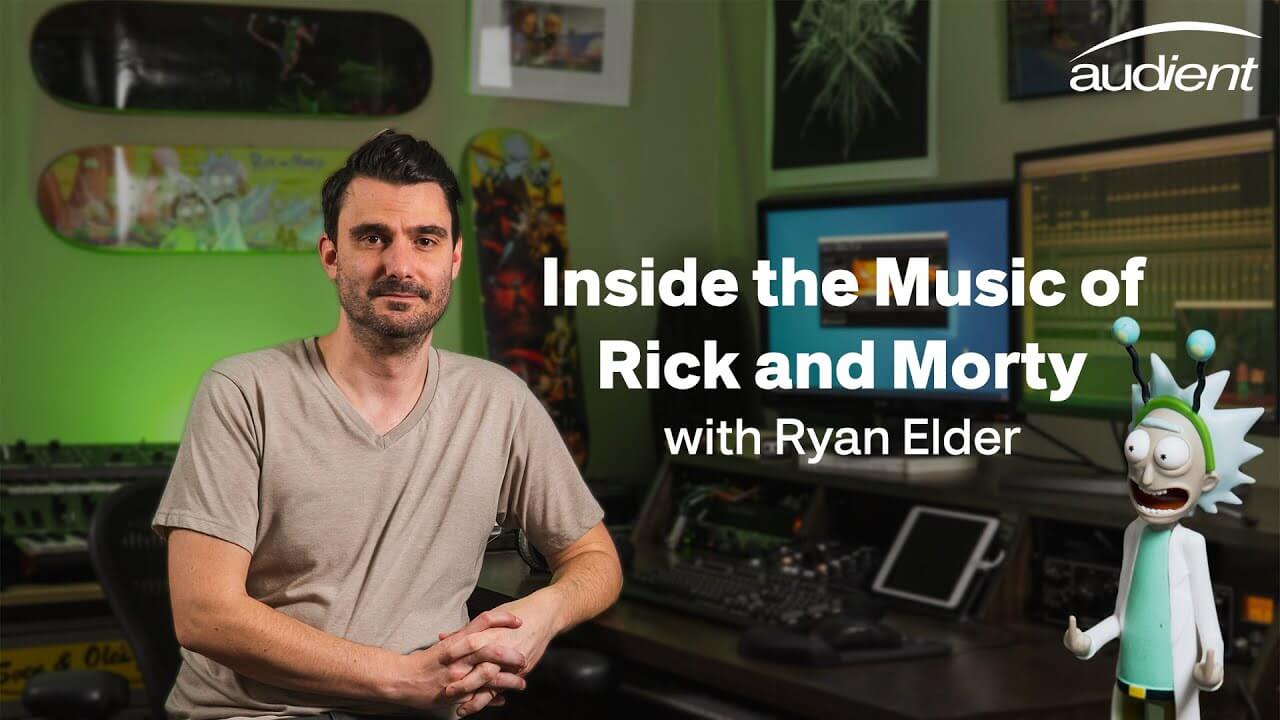 Ryan Elder, the composer for Boss Baby, HarmonQuest and the sci-fi cult cartoon Rick and Morty, has teamed up with Audient to showcase his scoring workflow when soundtracking for Rick and Morty Season Four.

The second half of the season is set to air at any moment now in the US and UK. Audient managed to sneak a glimpse at how the magic happens in Elder’s California studio, with Audient Nero playing a major part in the production process.

Armed with Pro Tools as his DAW, Elder is recording external instruments from manufacturers like Moog and Korg. He uses an Avid Omni I/O to get his sounds in, and uses the Audient Nero to switch between his headphones and Mackie HR824 monitors while mixing.

“Aside from the sound, I’d say my other favourite feature is the build quality. Every part of it is so meticulously designed and implemented. For example, just pressing the buttons is really satisfying!”

The initial composition Elder creates is based on a set of drawings or ‘animatics’ which he receives three to six months prior to the animation being picture ready. In the video, he explains how he approaches this, how long it takes to score an episode, some of the libraries he uses and how he achieves different atmosphere in a scene.