Audient’s latest provides the tactile controls found on the monitor sections of vintage mixing consoles and brings them to the modern desktop studio. Does Nero light a fire in our workflows? 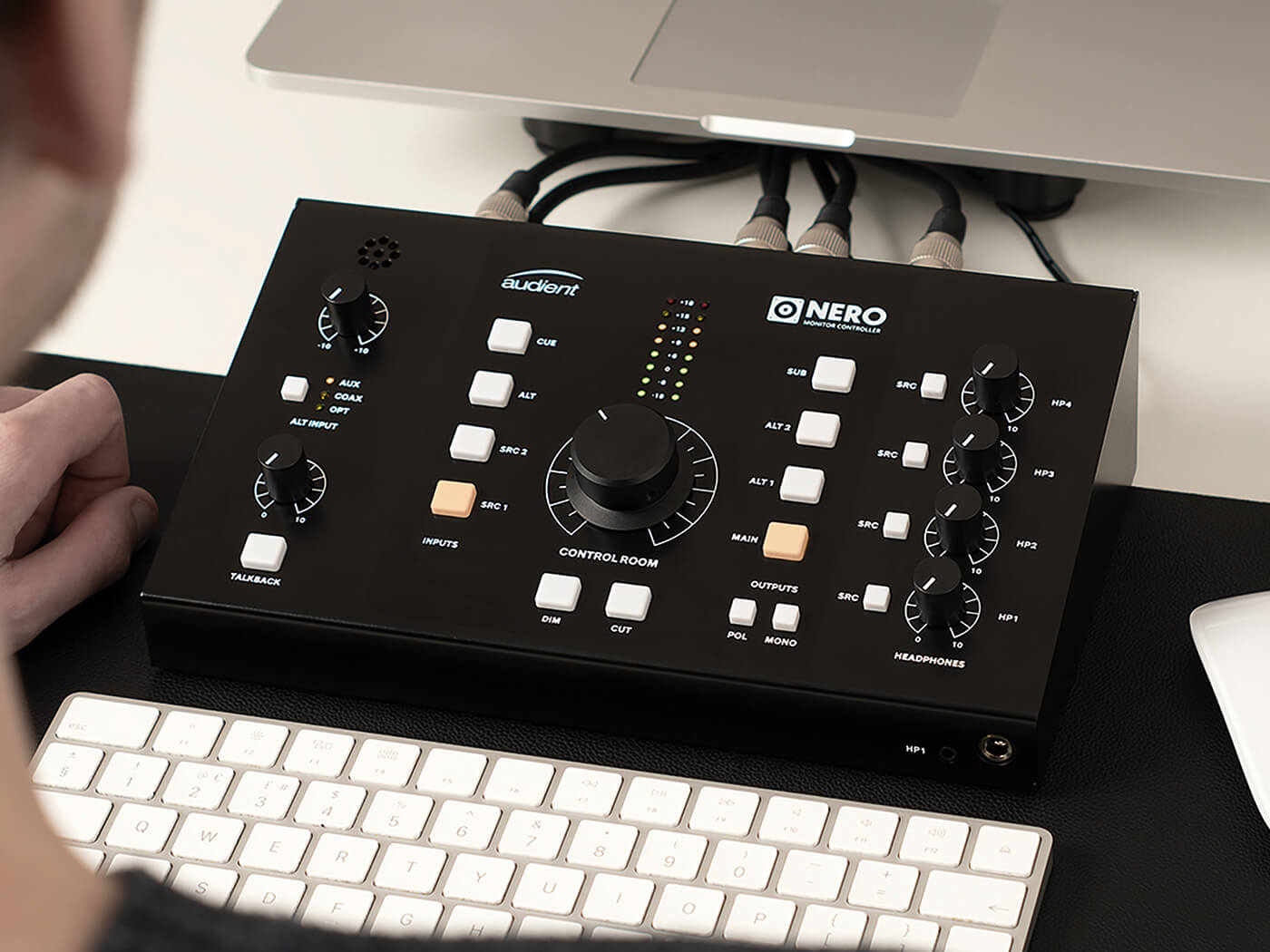 Back in the mists of time when I first started noodling around in recording studios, the places I was working in were often very cramped and uncomfortable: large mixing desks, bulky open-reel multi-track and 2-track tape recorders and racks of equipment, all taking up space and pumping out heat.

What I do miss about those days, however, is a good slab of mixing console to work on. And what I miss in particular – which DAW controllers don’t really cater for – is a good monitor section from where I can switch sources, drive different monitor systems, talk to ‘the talent’, and all the rest of it. This is the exact niche that Audient is seeking to fill with its new Nero Desktop Monitor Controller.

Nero comes in a chunky, solidly built black enclosure that’s perfectly sized to sit alongside your computer keyboard or DAW controller. The device’s controls all live on the top surface of the enclosure, which is angled so that the controls are tilted towards you, as they would be on a large-format mixing console.

The control panel is dominated by a chunky control-room volume knob and eight-stage LED level meters. To the left of these are four source-select buttons, from where you choose the input that’s being routed to Nero’s output stage. There are two main mix sources, SRC 1 and SRC 2, and a cue mix source. These are fed by pairs of balanced ¼-inch TRS jack sockets on the rear panel. 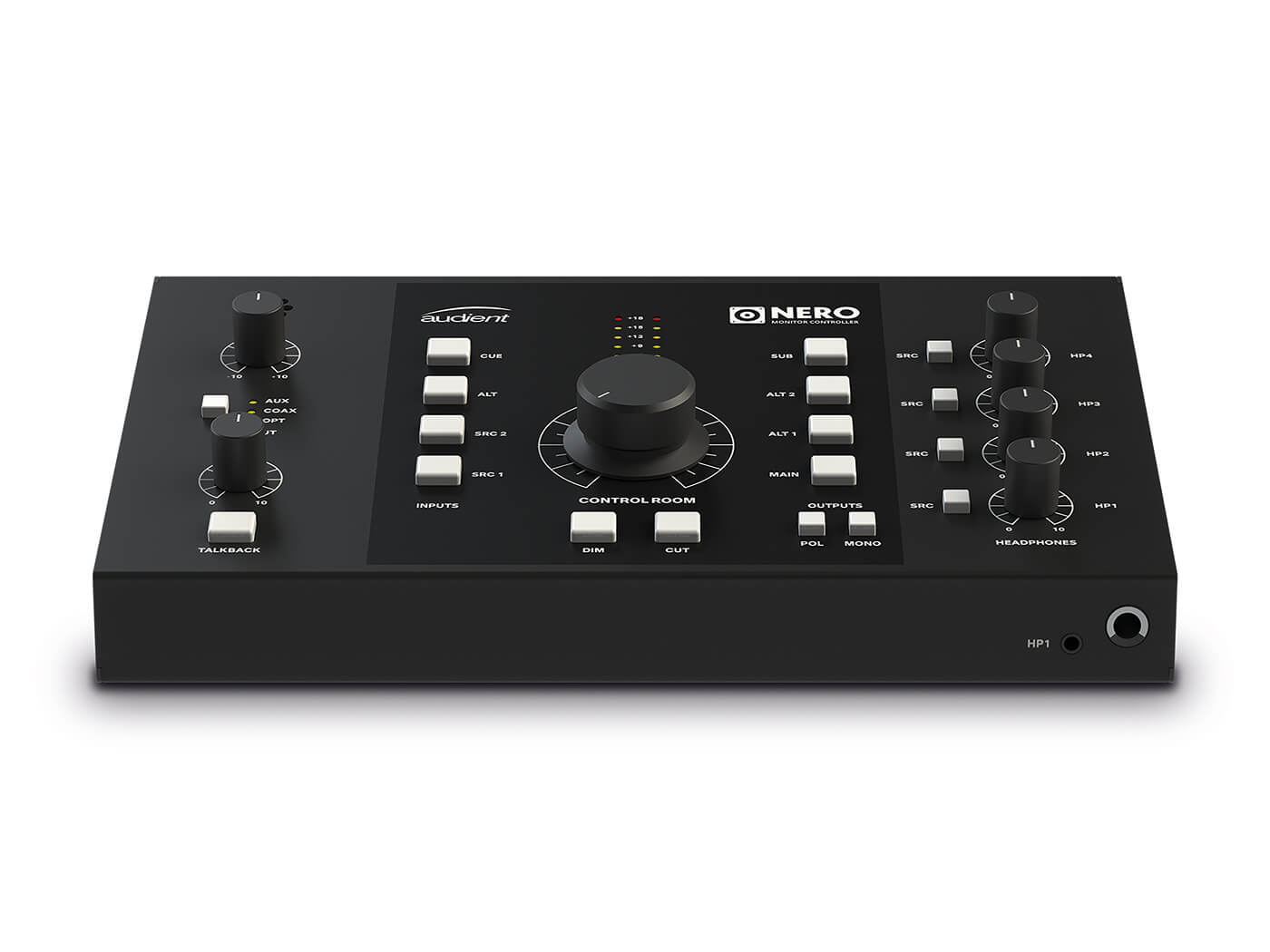 There’s also an alternate, or ALT, source and this can be driven from one of a number of rear-panel input connectors. The active ALT input is selected via a pushbutton on the top panel with a choice of auxiliary, coaxial or optical. The latter two of these relate to the coaxial and optical S/PDIF input connectors on the rear panel, while the auxiliary input has both a stereo mini-jack connector and a stereo pair of RCA/phono connectors (if something’s plugged in to the mini-jack, the RCAs are disabled).

Finishing things off is a built-in talkback mic (there’s also the option of hooking up your own talkback mic) and controls for the four independent headphone outputs. Selecting the input channel that feeds to a given headphone output is simply a case of pressing the headphone channel’s SRC button, then pressing one of Nero’s input source selectors.

The enclosure is reasonably heavy, which is a good thing because when fully hooked up, there’s a lot of cabling going to-and-from the unit, and so its weight acts as a bit of an anchor against the drag and pull of all of those cables. Indeed, that it requires having so much additional cable-spaghetti running around your studio – something that DAWs have alleviated to a large degree – is probably my biggest bugbear with Nero, or any similar monitor controller for that matter. It’s par-for-the-course with a unit of this type and most users would probably find Nero’s benefits outweighing such inconveniences, but I do think it would be a factor in deciding whether or not a monitor controller such as Nero is right for you.

Once that spaghetti’s all hooked up, though, Nero is great to work with and is just like having a proper console monitor section to hand, making switching sources and destinations a doddle.

The various knobs have a smooth action with just the right amount of resistance and the larger volume control knob gives good accuracy and precision when adjusting the output level. The buttons, which light when active, also have a pleasingly solid build and action, but feel slightly scratchy compared to the smooth movement of the knobs. It’s all very intuitive to use, too and Audient is to be commended for the clarity of the control layout, as well as the ease with which things like headphone source and sub enabled/disabled state are managed. 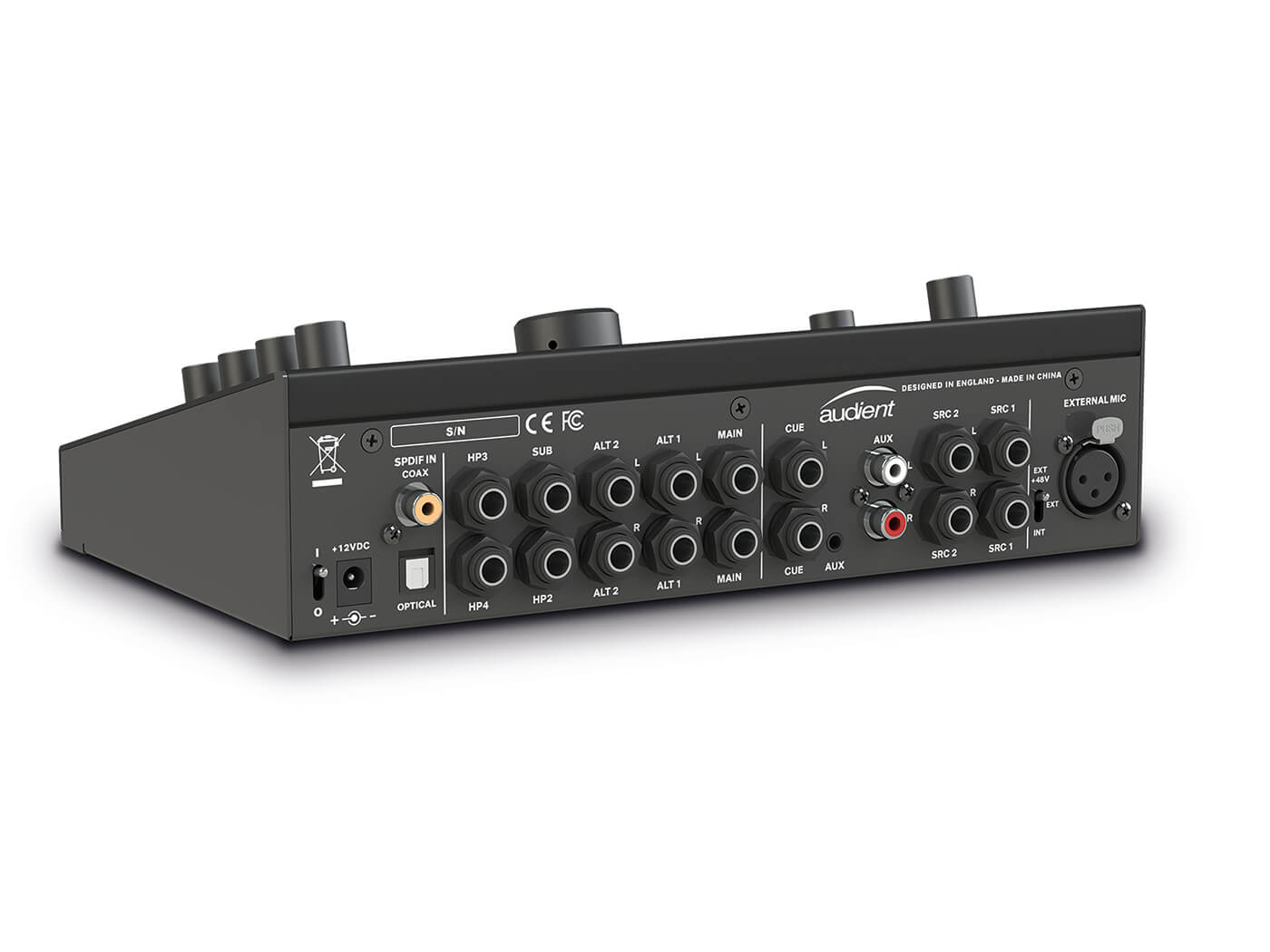 If you use powered monitors, which I’m guessing many of you do, it isn’t always easy to hook a sub into the monitoring setup, and if you have more than one monitor system then it can become even fiddlier, so Nero’s inclusion of a dedicated sub output is a godsend. Not only does it make it simple to get a sub hooked up, it also allows you to share that sub with any of your monitoring setups, or to leave it out altogether and allows you to quickly enable or disable it when needed.

One slightly peculiar thing that Nero does is it attenuates the input signal quite markedly, even when its output volume control is set to full. This is intentional, as it serves to give a more evenly progressive increase in volume from the master volume knob, without high volumes being clustered at the upper-end of the knob’s rotation. It also serves to protect your monitors from unintentionally loud signals and the like. Audio quality and fidelity are completely unaffected by this, though… and it’s simple enough to work around in one way or another.

While not the only device of its type on the market, Nero is up there with the best of them. It has a good build quality with reassuringly solid buttons and knobs and the inclusion of digital inputs supporting up to 192kHz/24-bit signals is a really useful addition, too. In comparison to similar products, it both looks and feels more ‘console-y’ and, other than its unalterable input attenuation, it is completely transparent in terms of sound quality and tonal balance. Nero does exactly what it needs to do and does it well.

In a traditional studio, with separate control room and live area, and both nearfield and midfield monitoring, some sort of monitor routing and control is practically essential. Although some DAWs have features geared towards this area of the studio – most notably Cubase and Nuendo’s Control Room feature – these can be a bit clumsy to work with when compared to a console-style monitor section. 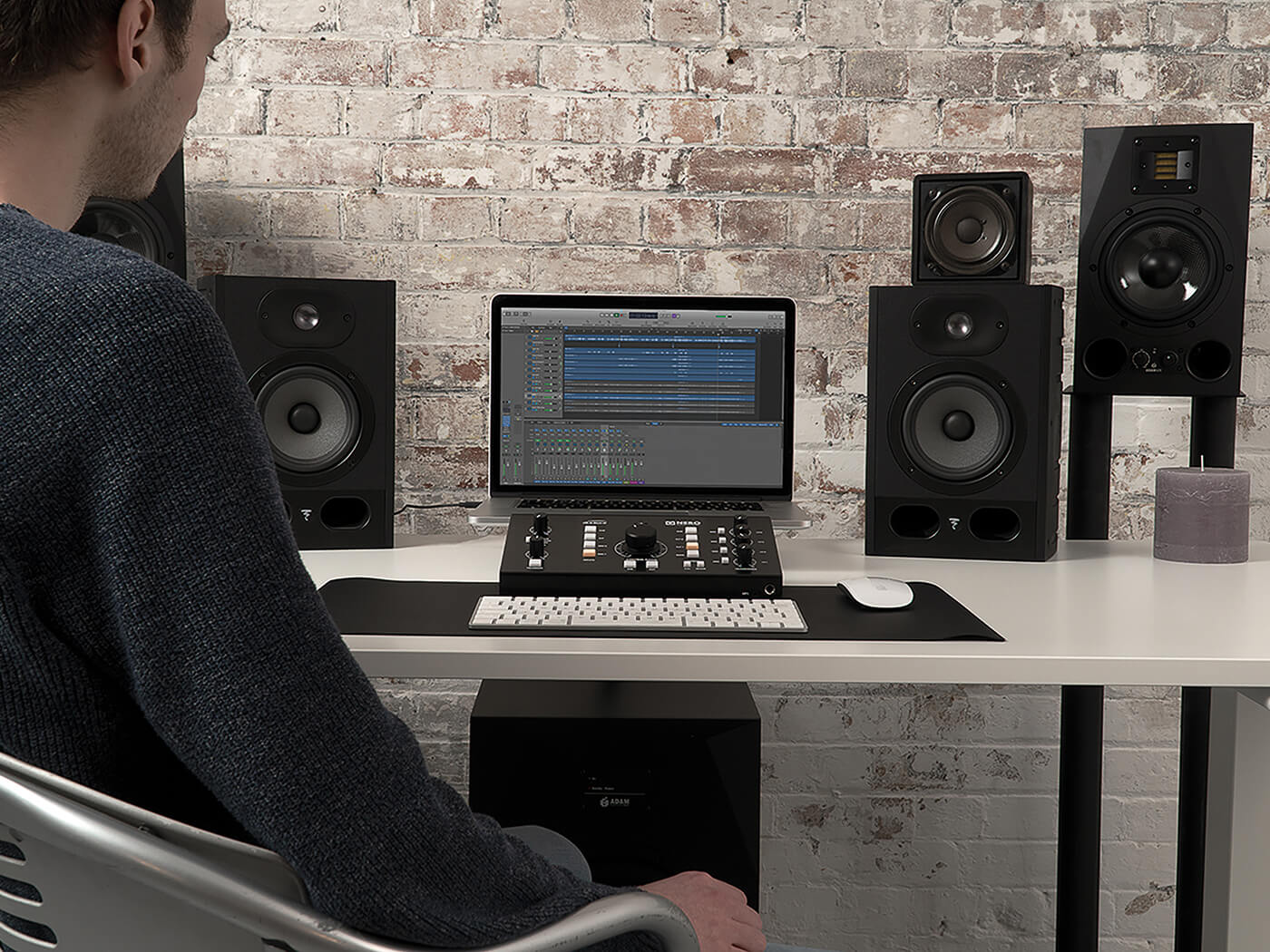 This is where a hardware monitor controller like Nero comes to the rescue. Almost by definition, this sort of hardware introduces a whole new cluster of cabling to strap down and manage and some may find this to be more trouble than it’s worth. But if you’re after some console-style monitor control and routing, then Nero will be an excellent and satisfying choice. 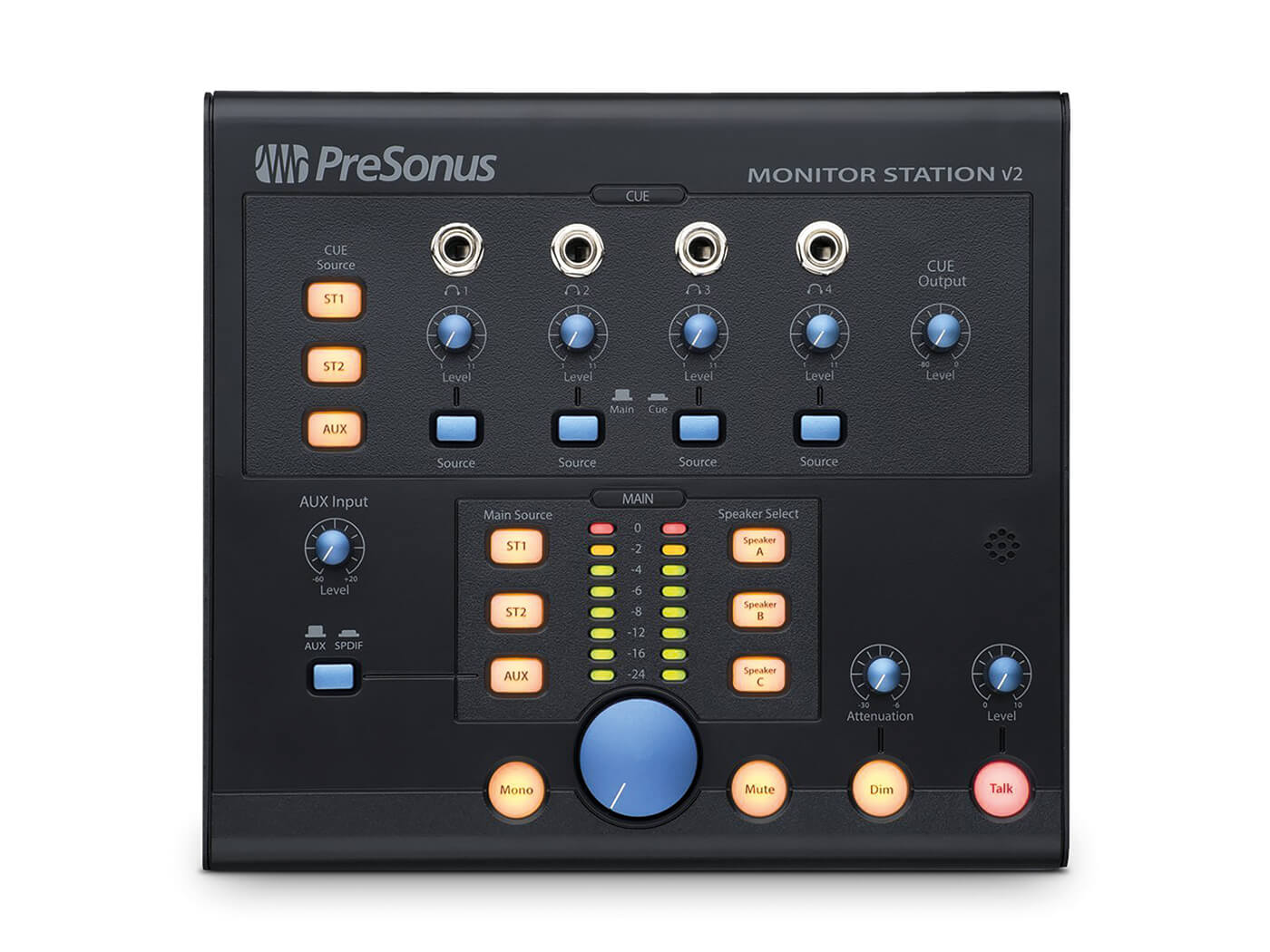 The Monitor Station V2 is very similar to Nero, although has a less ‘classic console’ look and lacks Nero’s optical input and independent sub output. What it does have over Nero, though, is per-output user control over the amount of attenuation applied to the monitor outputs. 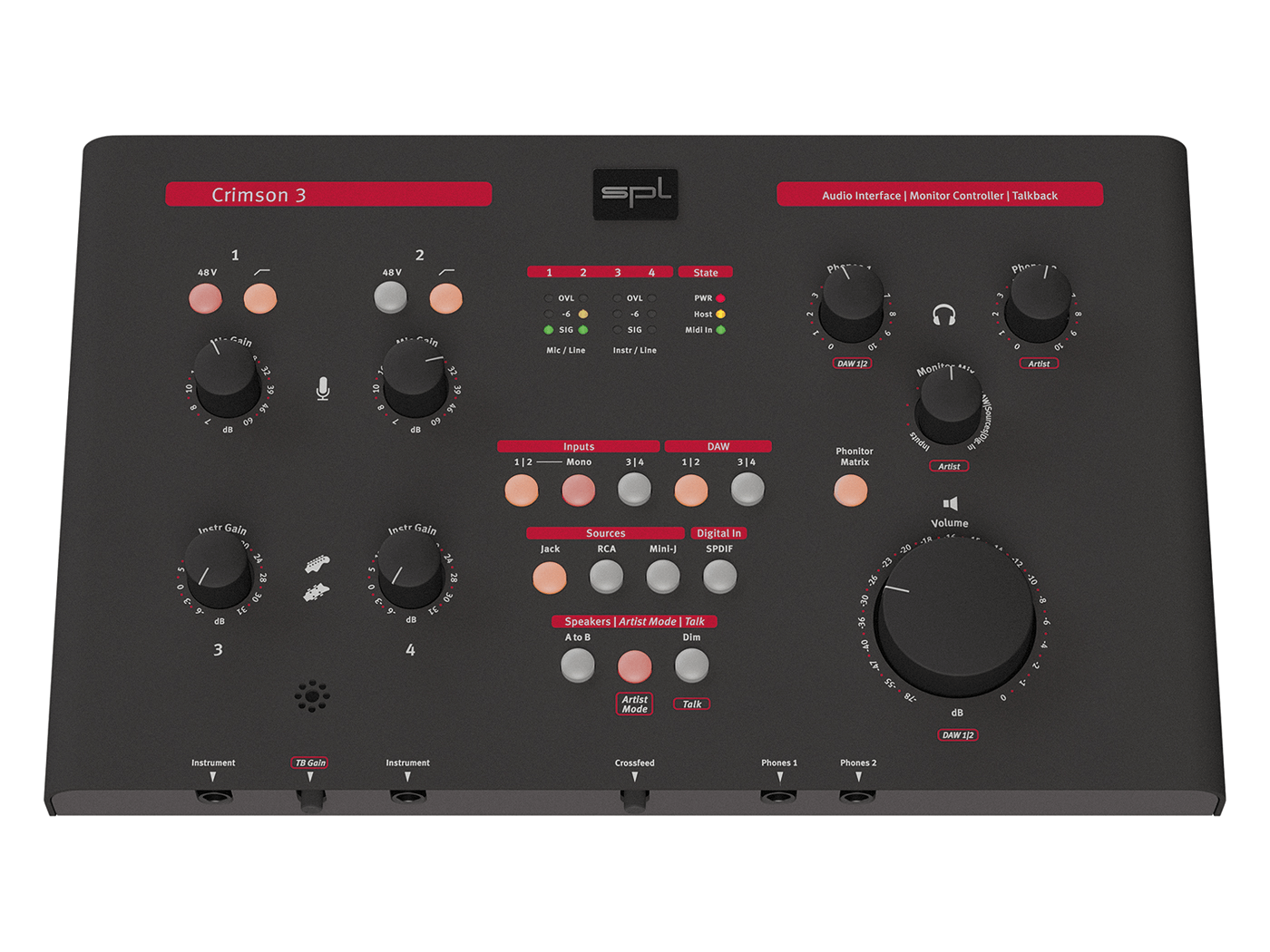 The Crimson 3 is actually a desktop USB audio interface that includes various monitoring functions, with controls for managing those functions on the top panel. By being an audio interface at heart, Crimson 3 won’t slot in to an existing DAW setup, but an all-in-one solution has its advantages.