One of the most soulful and wacky shows of 2021? 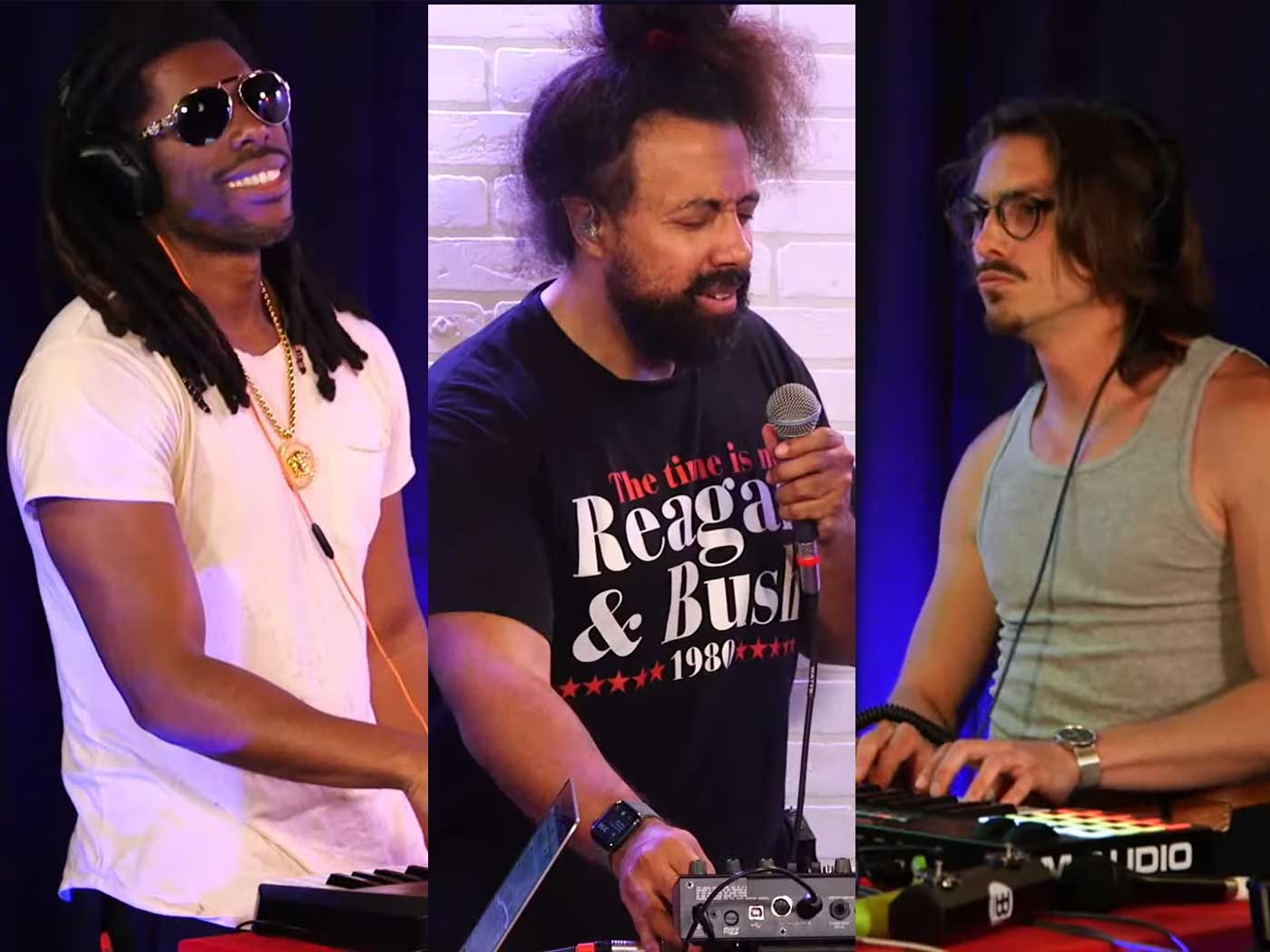 The trio combine their musical expertise with their deep knowledge of music technology to build loops with live vocals, virtual instruments and percussion, before breaking them back down and seamlessly transitioning into a new track. The result? A mesmerising performance clocking in at one hour and 45 minutes, fusing dance, jazz, soul, hip-hop and more that is sure to blow you away. Plus, the supergroup showcase their humour with some wacky lyrics and funny moments – an all-around entertaining watch.

Check it out below.

This is the first time the three musicians have performed together live, but they’ve been collaborating with each other on multiple projects in the last year. Back in 2020, Marc Rebillet – whose musical live streaming antics have earned him significant online fame and the fan-made moniker ‘Loop Daddy’ – jammed with Reggie Watts and streamed the session. Watts has been a major influence for Rebillet, who told Central Track that he “wouldn’t be doing this if [Reggie Watts] didn’t exist.”

Rebillet has been prolific as ever in the last year. His streams have almost always been hosted in his house, so the pandemic likely made little difference to his schedule. He streamed similar improv performances with Erykah Badu and Kenny Beats in 2020, too.

The H3 Podcast is perhaps an unexpected setting for the Flying Lotus, Reggie Watts and Marc Rebillet stream. Hosted by Ethan and Hila Klein, the podcast usually sees the presenters interviewing public figures, celebrities and creators, but this musical format could be a welcomed addition to the channel.