“It got broken, through no fault of mine” 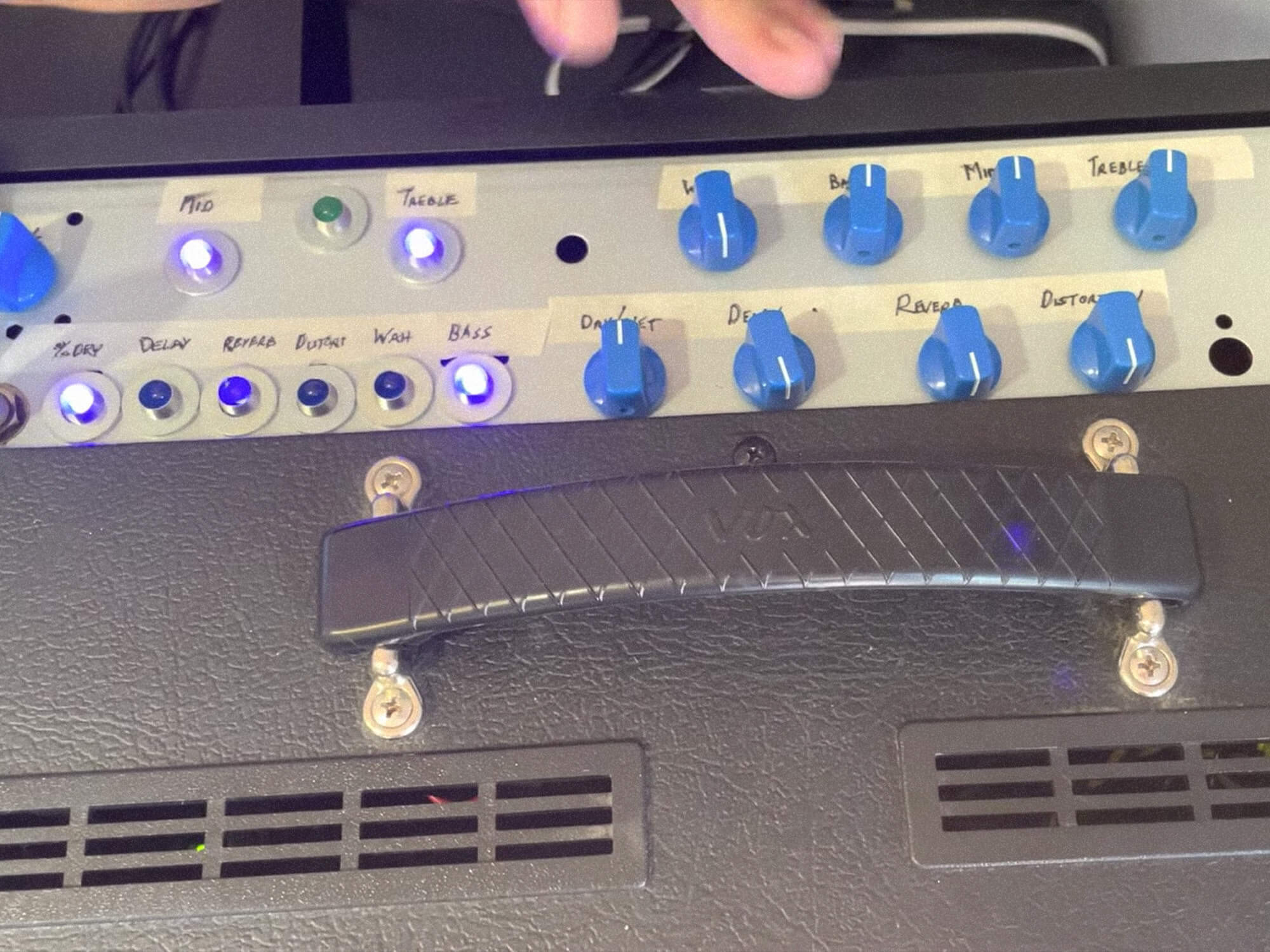 An engineer, in a video posted to YouTube, has used a Raspberry Pi to power a broken Vox guitar amplifier.

American DIY enthusiast David Silverman has shared a video of himself playing through the once-broken old amp powered by the miniature computer. On top of that, Silverman has added a few effects such as delay, distortion and wah, not to mention a rather lush-sounding reverb.

Having taken a number of months to “get straight”, as he puts it, a Pi 3B+ drives the fundamental functionality of Silverman’s amp, with a little help from a class D amplifier controlled by custom Python scripts created by Silverman. The case of the amp has of course also been modified, with an audiometer on the front and a new top panel hosting potentiometers for the effects— complete with nice-looking blue LEDs. The amp even boasts USB, HDMI, mouse and keyboard and ethernet ports for the Pi on the rear. The speaker is the amplifier’s original.

“There was originally a Vox in here— it got broken, through no fault of mine, I swear to that— so I ripped out all the internals and replaced it with a Raspberry Pi,” says Silverman. Generously, the engineer has made the source code available for all via GitHub, which you can access here.

Watch the making-of video below:

Silverman has also created a variety of enjoyable software applications, including a fire animation and a pixel sorter for images. Find out more and keep up to date via his website.