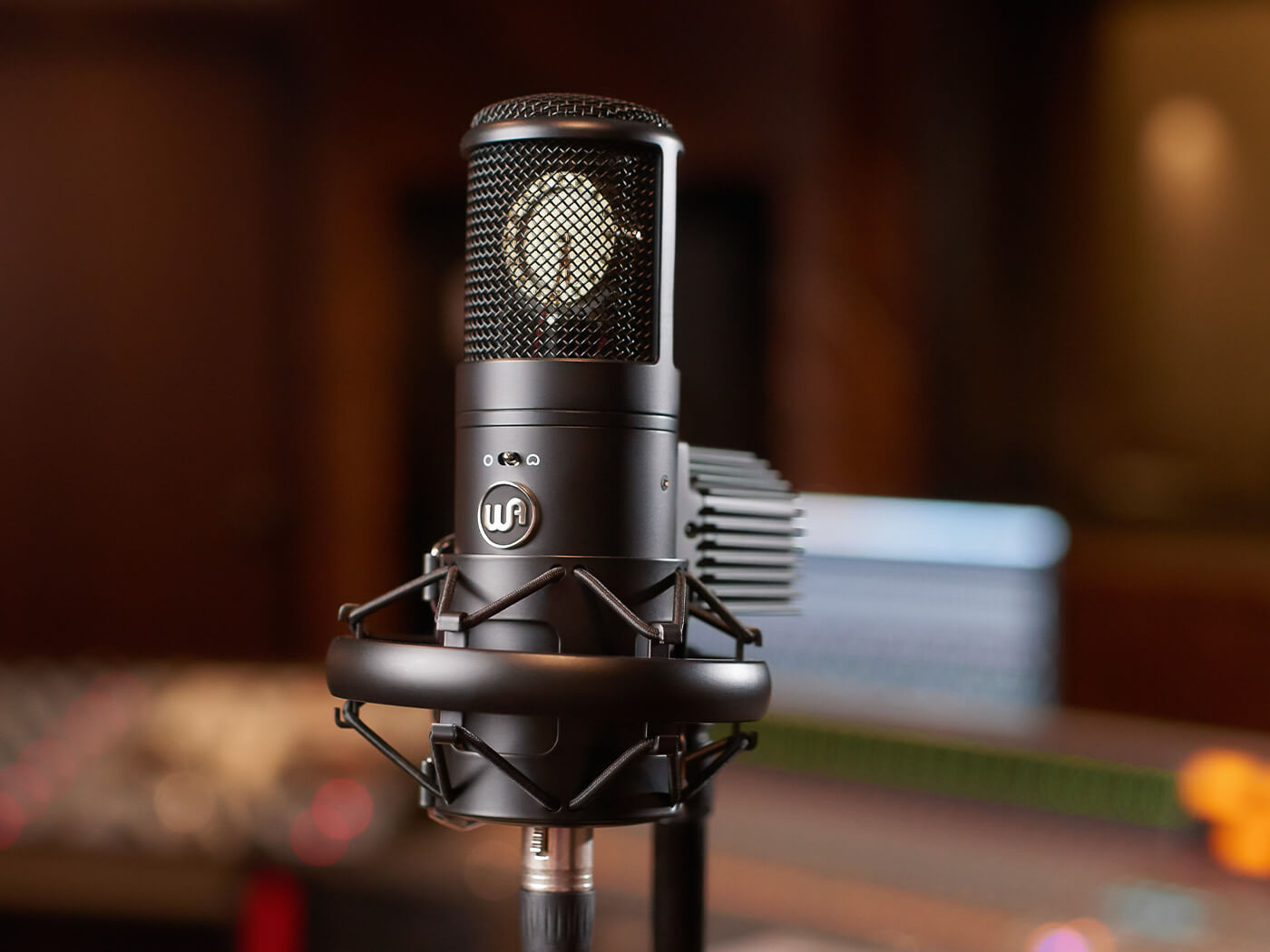 Warm Audio has unveiled the WA-8000 tube condenser microphone, based on Sony’s coveted C-800G microphone, which has been used in countless hip-hop hits.

The distinct quirk of Warm Audio’s microphone is the custom-design external heat sink, which lowers the self-noise of the microphone’s tube. Combine this with the New Old Stock (NOS) 6AU6 tube, the custom Lundahl Sweden transformer, and the all-brass K67-style capsule, and you have a convincing replica of the C-800G that Warm Audio claims sounds as “smooth as butter”.

According to the brand, the WA-8000 boasts “all of the critical specifications of the original, giving you the true sound of modern R&B and Hip-hop for an unprecedented value.” Sony’s C-800G has been used by R&B and hip-hop heavyweights including Eminem, Rihanna, Dr Dre, Snoop Dogg, Boyz II Men, Mariah Carey and Sting.

The WA-8000, like the mic it’s inspired by, captures sound with a natural, open high-end and clear midrange, making it ideal for vocalists. Plus, it’s capable of capturing “every detail of acoustic sources”, Warm Audio says, which offers the pristine sound associated with hi-fidelity recordings of the 90s and beyond.

Warm Audio built its “studio workhorse” mic with the NOS 6AU6 tube after extensive testing, finding that the tube is capable of achieving the sonic clarity that the brand was looking for. The custom transformer from Lundahl is also found in Warm Audio’s WA-67 – a replica of the legendary Neumann U67. The WA-8000’s all-brass capsule was selected for its likeness to the K67 capsule, which has long been used in the top vocal mics.

The new microphone sports a frequency response of 20Hz to 20kHz, with a max SPL of 134dB in omnidirectional mode. Its output impedance is 100 ohms, its Signal-to-Noise ratio reaches a maximum of 76dB, and it is powered by a seven-pin power supply, which comes included.