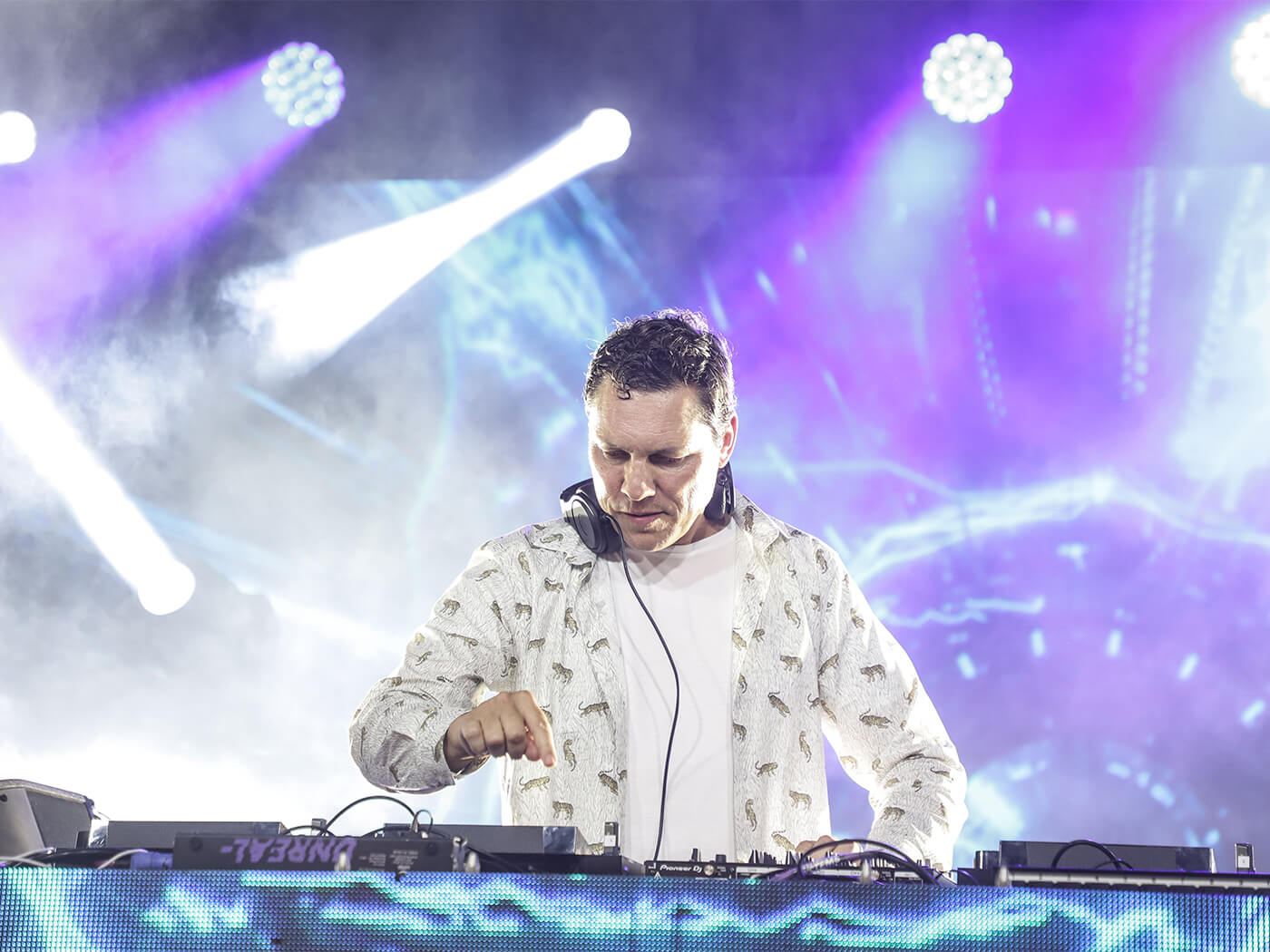 The ashes of Stuart Mitchell, a late Tiësto fan, were fired from a confetti cannon at Creamfields festival last weekend during the Dutch DJ’s headline set.

30-year-old Stuart Mitchell took his own life in July, according to a BBC report, leaving behind his three-year-old son. Stuart’s family sold his Creamfields tickets to help fund the funeral and asked buyers Ryan and Liam Millen to scatter his ashes somewhere at the festival so he could be there “one last time”.

In a letter to the Millens cousins, Stuart’s family wrote: “This is a little of my son Stuart’s ashes. I would be most grateful if you would be able to scatter them somewhere at Creamfields so that he truly went there one last time.”

Ryan says he was then “absolutely bowled over” when Creamfields organisers suggested firing the ashes out during Tiësto’s headlining set on Sunday night. Ryan and Liam also printed banners with a picture of Stuart and his son that read “This last dance is for you mate.”

Speaking to the Liverpool Echo, Ryan said: “Words cannot express our gratitude to [Stuart]’s family for allowing us, to everyone who listened to his story and took pictures with the banner, and most importantly to the Creamfields production team for going above and beyond to accommodate us and go out of their way to allow us to honour his memory in such a fitting way.

“Stuart Mitchell, we are humbled to have been allowed to help you complete your journey with us.”

Stuart’s sister Laura later revealed to the Millen cousins that Tiësto’s song Adagio For Strings was played at the long-time fan’s funeral.