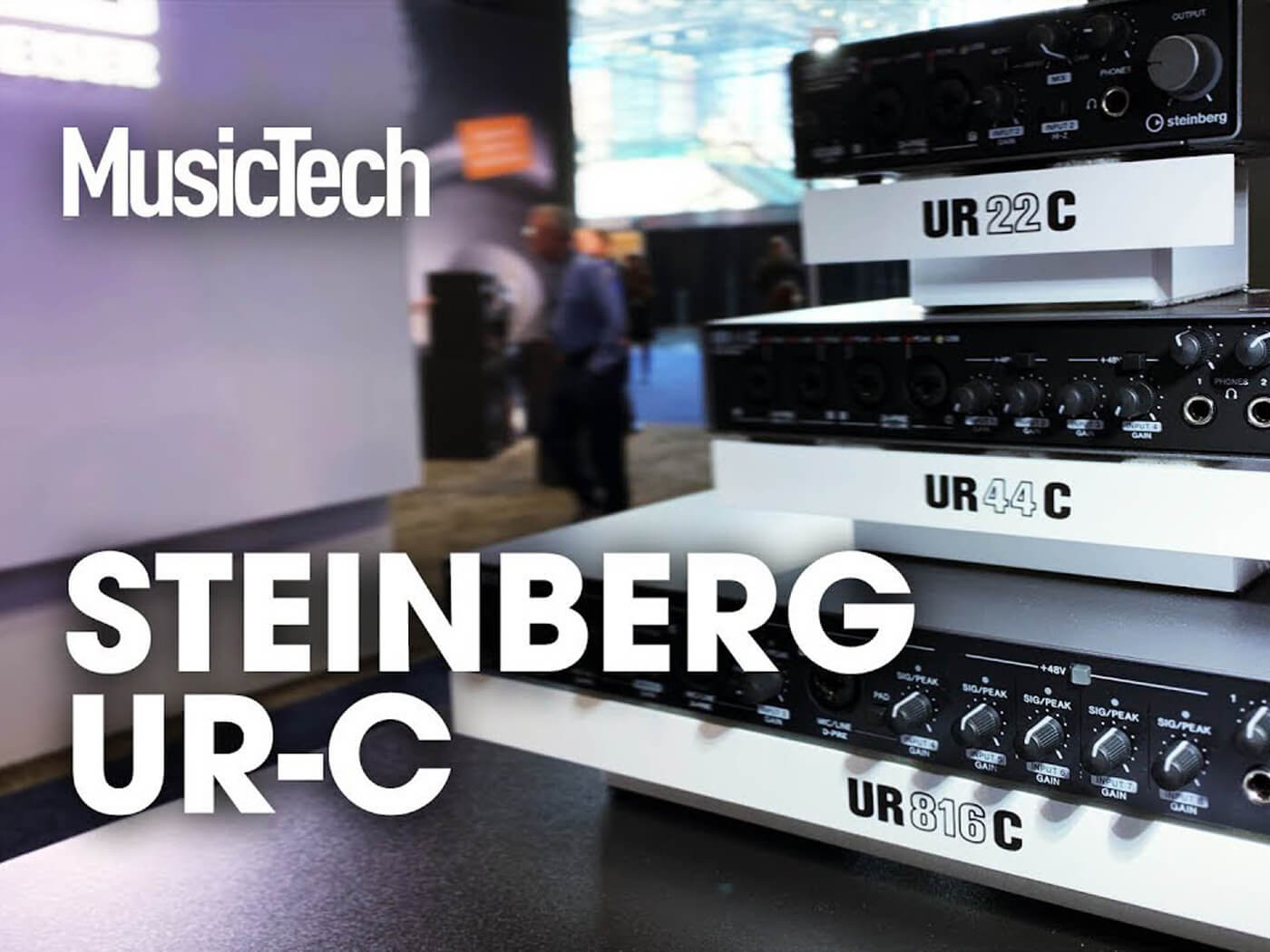 Steinberg has released a new range of audio interfaces designed for musicians and producers.

Following on their recent introduction of the AXR4, Steinberg’s new interfaces can record and play 192kHz/32-bit audio and feature USB Type-C connectivity. They are compatible across Windows and Mac computers, as well as iOS devices.

Each interface comes with a software bundle, featuring the Cubase AI DAW, the Basic FX Suite, which consists of effects and sound processing tools, and the iOS Cubasis LE iPad music production app. Steinberg has introduced three packages that are available now: the UR22C, UR22C Recording Pack, UR44C. The company also announced a rackmount interface, the UR816C, set for a November release.

The UR22C boasts a compact design, built for optimum portability. Two balanced Neutrik combo inputs are featured on the face of the device, each equipped with a Yamaha D-PRE mic preamp. On the back are two MIDI ports and two balanced line outputs, as well as the USB-C connectivity, which can be used to bus power the interface, providing the computer follows USB 3.0 standard.

Lastly, available from November, is the UR816C 1U rack-mountable interface, which has been designed for medium-sized recording studios. It provides eight balanced Neutrik combo inputs, again each including the D-PRE preamps, as well as eight balanced line outputs and two ADAT ports for a total of 16 channels. It has MIDI and word clock connection, too, powered by SSPLL jitter reduction technology.