The plug-in is touted as being comparable to Lexicon and TC System hardware reverbs. 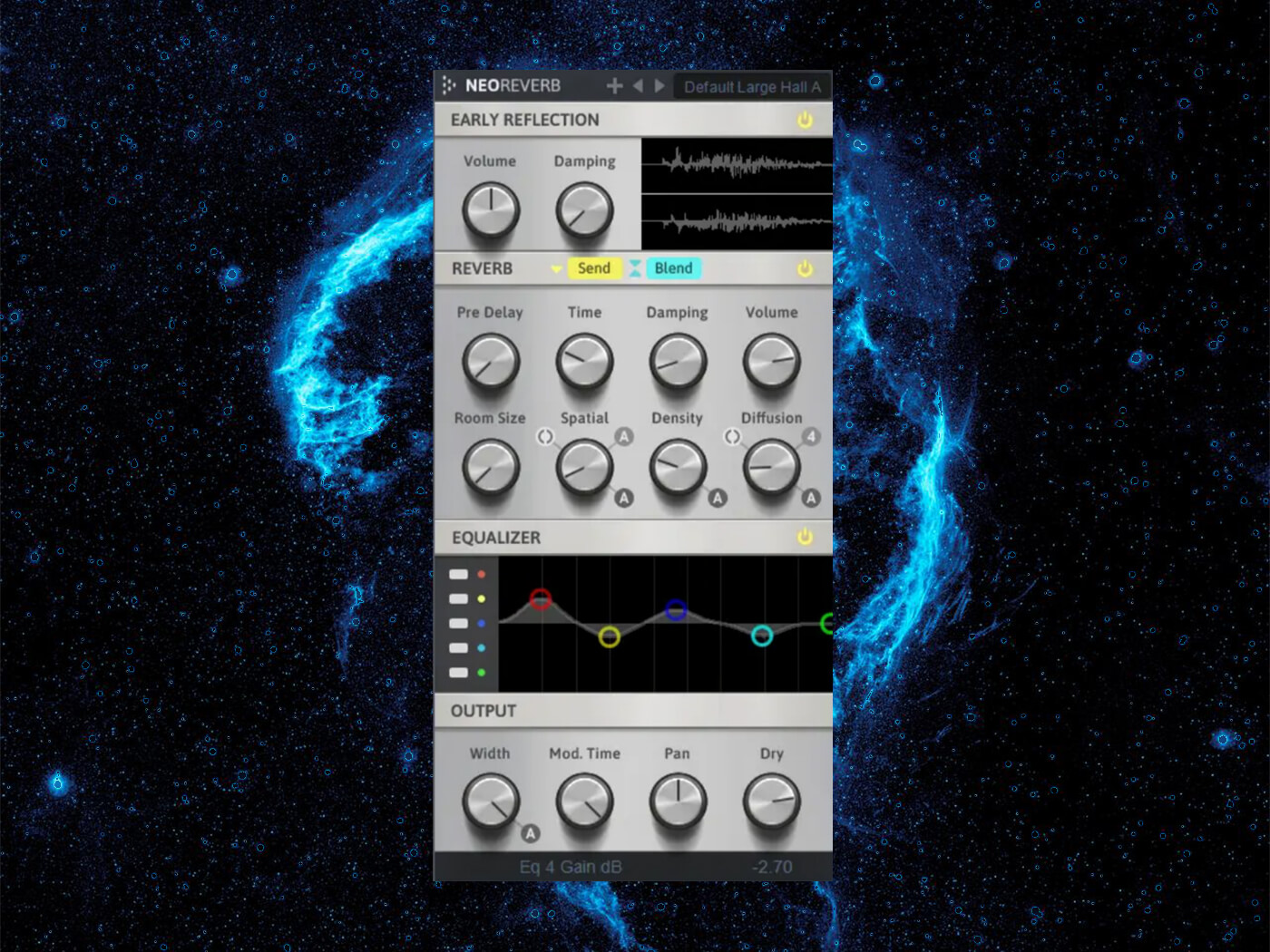 Beijing-based plug-in developer, Sound Magic, has created Neo Reverb, a hybrid convolution and algorithm reverb. The company endeavoured to combine the realism of Impulse Responses (IR) in convolution reverbs and the “ live and dynamic” sounds of algorithmic reverb, it says. To achieve this, Sound Magic has converted the IRs of specific spaces into algorithms.

While Neo Reverb may not appear to be the most advanced looking plug-in out there, it boasts over 140 IR algorithms in six different categories, with 40 parameters to precisely shape the space. Eight algorithms are onboard for different spaces, including Hall, Concert Hall, Room, Plate, Chamber, Ambience and Space. Thousands of delay lines can be held for 15 seconds, while a powerful modulation system can ensure dynamic sounding spaces.

In the making of Neo Reverb, Sound Magic analysed hardware classics that include the Lexicon 480L and 960L, Briscati M7 and TC System 6000. The brand concluded that a good reverb is comprised of three characteristics that it calls “Clean, Clear and Open”. Clean meaning that the reverb does not colour the sound, Clear meaning that it generates a rich and realistic space and Open dictating that the reverb should not sound ‘boxed-in’.

The plug-in is available as VST for Windows and as VST/AU for macOS in 32- and 64-bit.

Sound Magic’s Neo Reverb is available now at an introductory price of $69. Find out more at neovst.com