“It felt like breaking into a vault”: Skywalker Sound artists dissect the sonic world of Star Wars

“The building is a monument to the maxim, often repeated by Lucas, that sound is at least 50 percent of the moviegoing experience.” 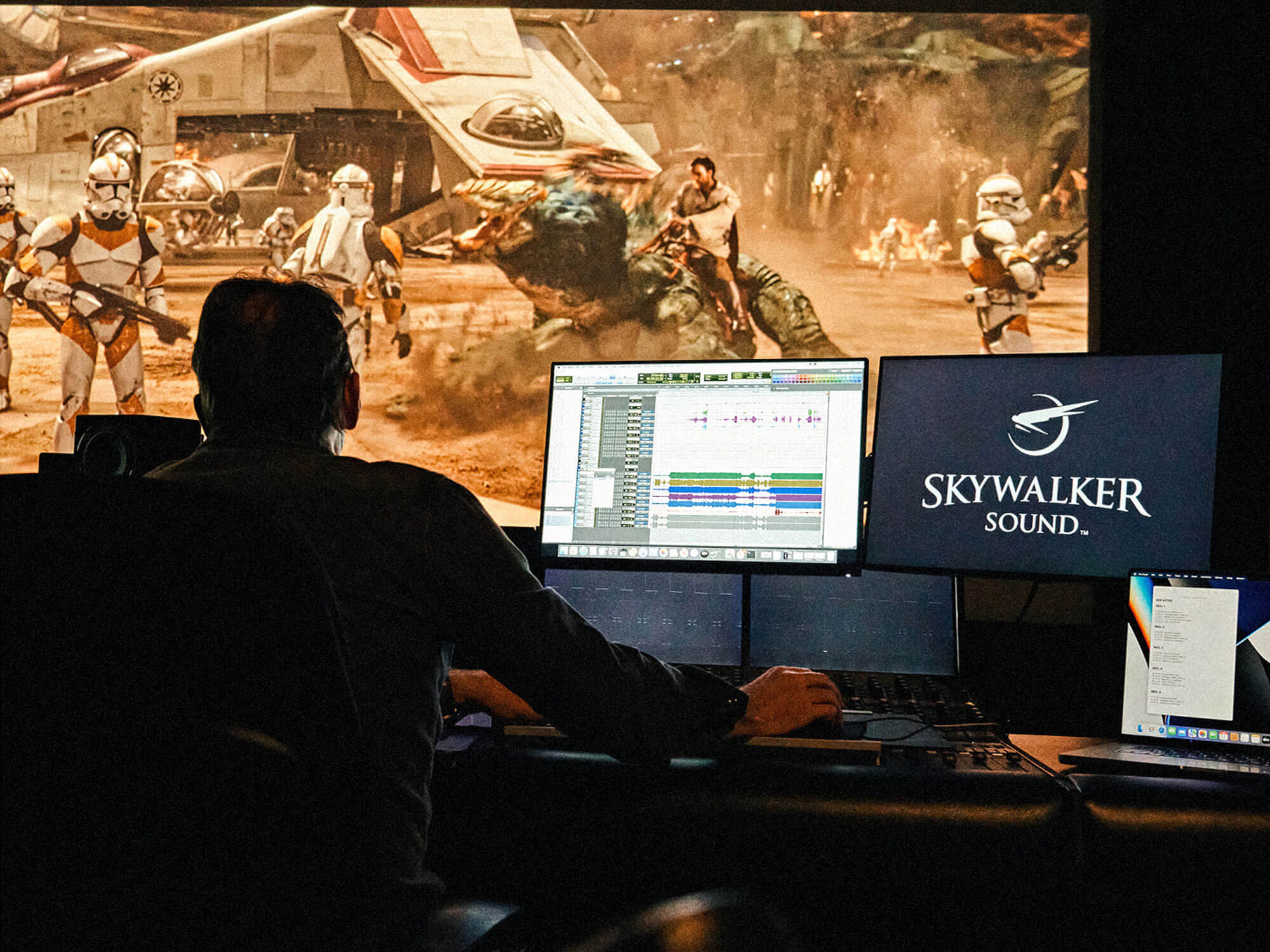 In honour of May the 4th (be with you), Apple has released a feature and short documentary taking viewers on a tour through the sounds of Star Wars.

With anecdotes and demonstrations ranging across the entire Star Wars movie franchise, from archival footage of recordings being taken for the AT-AT walkers in The Empire Strikes Back to starship sounds for Rogue One; the resource sheds new light on the brains behind Skywalker Sound, responsible not just for Star Wars but for other iconic movie soundtracks as well, from Jurassic Park to Toy Story.

In the doc, Bonnie Wilde, whose credits include The Mandolorian, The Last Jedi and Marvel’s Moon Knight, takes viewers through one of her favourite sounds, a “hilarious metal wobble sound that I try and put in everything I ever work on, because I think it’s incredible.”

“There’s this little pool you enter when you work on the Star Wars projects,” continues Wilde. “You’re given access to the Star Wars library, which is maybe one of the best things ever. It felt slightly nerve-racking getting access to all the Star Wars sounds because it did feel like breaking into a vault.

“Skywalker Sound is full of sound geniuses who have made the most ridiculously iconic sounds that exist.”

Gary Rydstrom is a seven-time Oscar winner who began working at Skywalker Sound in 1983. He is keen to point out that you don’t need a world-class facility to create light and sound magic.  “If you’re interested in sound or filmmaking, you can record 4K+ video on your iPhone,” he says. “There’s no excuse. The stuff that’s part of our day-to-day lives is the same stuff you need to record sound and make movies. That’s the real revolution. Ultimately, it will democratise the whole process.”

Also in the mini-doc is Al Nelson, the designer behind Jurassic World: Dominion, Cars 2 and Oblivion, demonstrating his process by passing a whirring toy given to him by “[his] uncle Kevin in my stocking” by a microphone, before morphing it to violent, pitch-shifted oblivion in Avid Pro Tools.

“One of the things that make sound particularly powerful is that that sneaks in the ‘side door’ to your brain,” says Randy Thom, responsible for The Empire Strikes Back, Forrest Gump and Apocalypse Now. “It affects you without you really knowing that it’s affecting you.”

Read the feature here. Watch the film below: