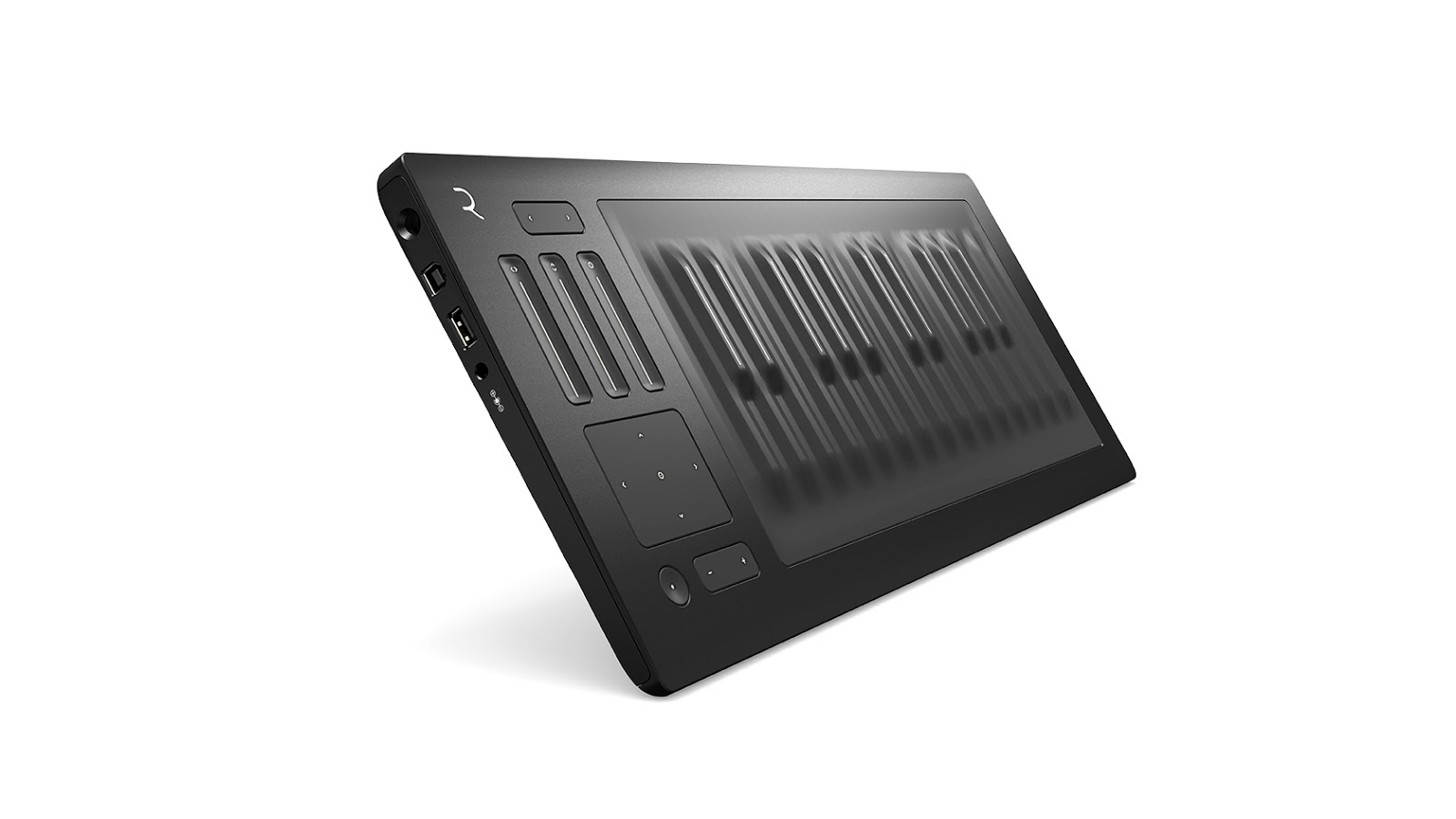 ROLI have today revealed the Seaboard RISE, a unique ‘universally accessible’ expressive MIDI controller. Building on the tech first utilised with the Seaboard GRAND Read on for more info…

London, United Kingdom – ROLI, an award-winning technology company pushing the boundaries of music creation, today announced the Seaboard RISE – a universally accessible, expressive MIDI controller that empowers musicians to do more with a keyboard than ever before.

The Seaboard RISE builds on the technologies of the award-winning Seaboard GRAND, which CNN called “the piano of the future” and Sound on Sound called a “bold, groundbreaking new instrument” that “has capabilities and a character that nothing else quite matches.” Since its debut, a wide range of artists including luminaries such as Jamie Cullum, Jamie xx, and A. R. Rahman have composed, produced, or performed live with the Seaboard GRAND.

Like the Seaboard GRAND, the Seaboard RISE features patented SEA Interface technology, which remodels the keyboard as a pressure-sensitive, continuous surface that responds to even the subtlest gestures. Playing on its unique “keywaves,” musicians shape notes with unprecedented expressiveness, modulating the character of sound in real time with simple movements of the finger.

Roland Lamb, ROLI’s CEO and inventor of the Seaboard, said, “Finally, musicians have at their fingertips an affordable and accessible tool that lets them create authentic instrumental simulations in real time. Combined with its strengths in creating fresh new sound interactions, the Seaboard RISE is truly a breakthrough for both musical performance and production.”

The Seaboard RISE exemplifies a fast-growing new category of hardware and software sometimes called Expressive MIDI (more technically referred to as Multidimensional Polyphonic Expression, or MPE) devices. The category’s products – including acclaimed instruments like the Linnstrument and the Haken Continuum – focus on delivering acoustic-level electronic expression by enabling each individual note to be modulated in multiple ways in real time. 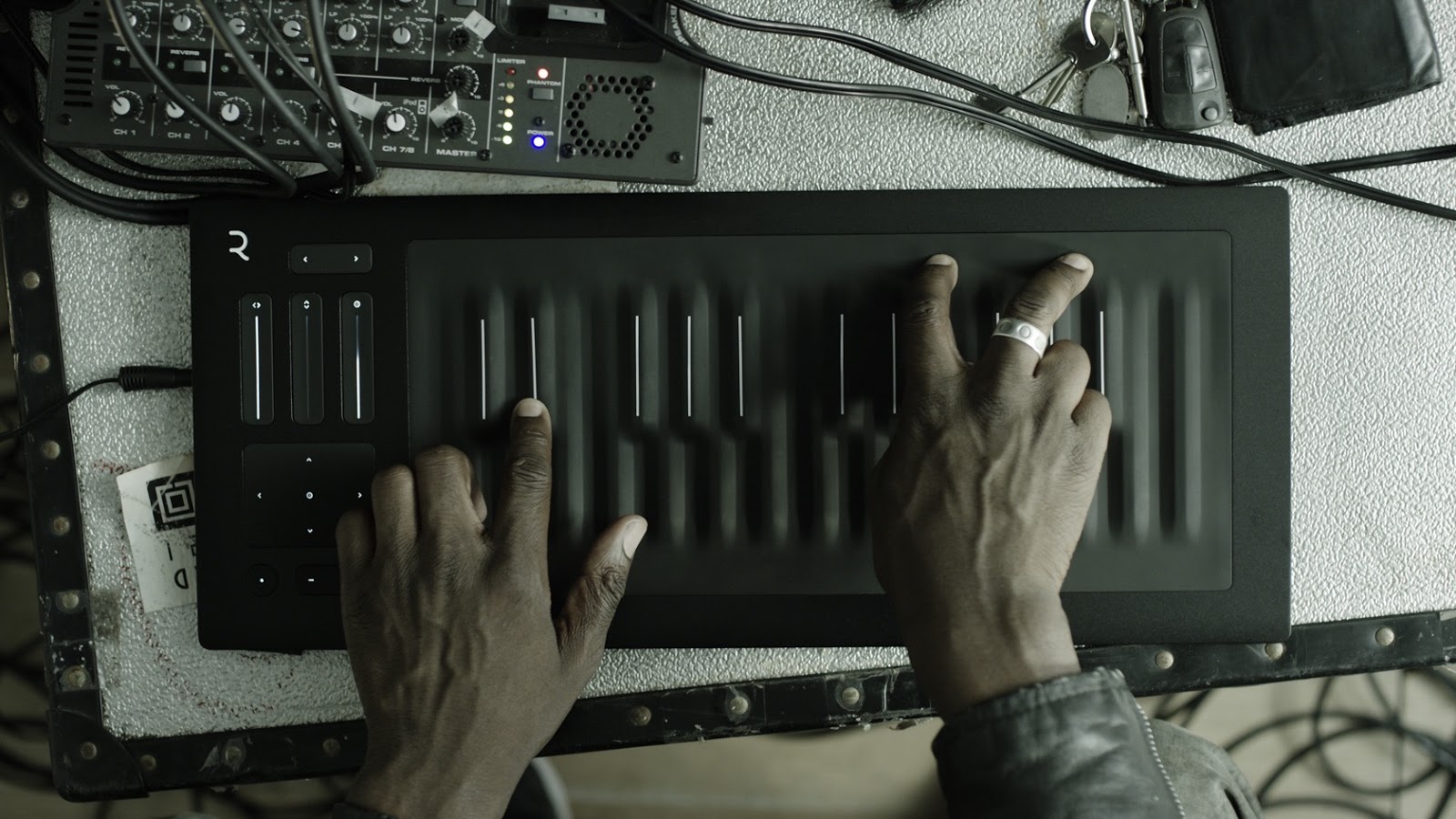 The Seaboard RISE marks a turning point in the accessibility of Expressive MIDI products to a broad consumer market. It is the first Expressive MIDI device to offer an easy-to-use multi-platform synth, the first with an integrated user control panel, and the first to perform wirelessly with an integrated battery and Bluetooth over MIDI. All of these features enable a seamless workflow. The Seaboard RISE is also the first Expressive MIDI device to be available for less than $1000. Its retail price of $799 (£599) puts it within reach of beginners as well as studio professionals.

It comes bundled with Equator, ROLI’s custom-built software synthesiser designed exclusively for Expressive MIDI instruments. In Equator, the Seaboard RISE’s five primary dimensions of touch and gestural control – strike, press, glide, slide, and lift – are easily and independently mapped to a wide variety of sound parameters. Sliders on the left-hand control panel regulate the extent to which these parameters of gestural modulation are utilised, allowing the Seaboard RISE to behave like anything from a conventional keyboard controller – in easy-to-use “piano mode” – to a completely open-ended interactive surface.

Jordan Rudess, Grammy-nominated virtuoso and keyboardist of Dream Theater—and Head of Music Experience at ROLI—commented, “The Seaboard is not only making waves in the music industry. It is poised to be the most significant evolution of a musical instrument in the last 300 years. I’m personally excited about the release of the Seaboard RISE, and beyond my own obvious passion I expect to see it fully embraced by music makers everywhere.”

Today ROLI is hosting an exclusive event previewing the Seaboard RISE at its East London headquarters. Roland Lamb will give a short keynote on the new product, and Emika, an acclaimed electronic artist and producer, will perform with it.

ROLI is a design-led, East-London-based music technology company. ROLI makes hardware and software products designed to increase the bandwidth of interaction between people and technology. The company’s SEA Interface technology, first used on the Seaboard GRAND, enables polyphonic pitch bend, vibrato, and per-note dynamic changes on a continuous keyboard surface. The company has raised $16.5 million to date from prominent investors – including Universal Music – in North America, Europe, and Asia. It is a leading company in London’s fast-growing technology cluster.

“Having the Seaboard in front of me is inspiring. It has a sensual touch which feels intuitive and very human. The Seaboard shows us how to get beyond the boundaries of the keyboard, a technology that was invented hundreds of years ago. Many people have tried and failed to do this. Roland Lamb and his team are actually much closer than anyone else has ever come to doing so and thereby establishing a new, truly expressive digital instrument.”
-Hans Zimmer, Oscar- and Grammy-award-winning composer

“I cannot possibly describe or overstate what a stunning accomplishment this instrument is. Playing it is such an absolute, intuitive joy.”
-BT, electronic artist, producer, and technologist

“Growing up with South Indian classical music, I was sometimes frustrated with the keyboard because of its rigid pitching, which was great for harmonies and western classical compositions but limited for expressing microtonal nuances in solos and tunes. The Seaboard is an instrument which opens it all up.”
-A.R. Rahman, Oscar- and Grammy-award-winning composer and producer

“It is a totally new experience to touch a ‘keyboard’ and get that much subtlety and that level of response. It is so incredibly expressive. Neither I nor my top students could keep their hands off it.”
-Dr. Richard Boulanger, Professor of Electronic Production and Design at Berklee College of Music and founder of Boulanger Labs

“The human touch is always important in any electronic music because that’s where the soul lies. The beauty of this particular instrument is that it gives you even more ways to be expressive … to give your soul to the instrument and make the instrument speak for you and through you.”
-Keith Harris, Grammy-award-winning producer and multi-instrumentalist

“I regard the Seaboard as the most exciting physical keyboard I’ve ever used – both in the studio and in live performance. It enables me to create sounds that are impossible to contemplate using any other instrument. What a fantastic, sensual, tactile interface.”
-Martyn Ware, founder of The Human League and 3D sound pioneer