ROLI has announced that RZA and Steve Aoki have both lent their signature sounds in custom-made soundpacks and are available now for BLOCKS and NOISE users… The news gets better as Steve Aoki’s ‘Neon Future’ soundpack and RZA’s ‘Spoonful of Grit’ is joined by seven other packs from ROLI, including Giant Dubstep, World Colours, Video […] 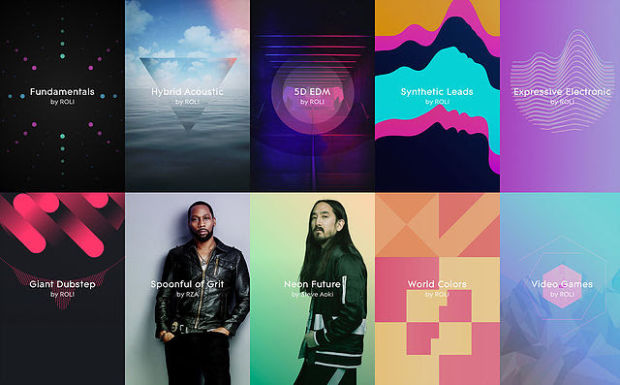 The news gets better as Steve Aoki’s ‘Neon Future’ soundpack and RZA’s ‘Spoonful of Grit’ is joined by seven other packs from ROLI, including Giant Dubstep, World Colours, Video Games and Expressive Electronic. We’re told that these soundpacks triple the number of sounds available on BLOCKS and NOISE, with many more to come throughout the year.

Roland Lamb, found and CEO of ROLI and inventor of BLOCKS told us, “BLOCKS and NOISE are an incredible accessible and versatile new way to make music. Since we launched BLOCKS we’ve received an outpouring of excitement. But many creators have noted that they need and wider and more diverse sound palette to work with in NOISE and BLOCKS.

This release provides just that. I spent several hours on the flight from London to Las Vegas making loops with RZA’s and Steve Aoki’s soundpacks. They are, in a word, awesome.”

Whether these new soundpacks hit the spot remains to be seen, but if you want to get hands on with them they are all available now through the in-app soundpack store on NOISE, with ‘Spoonful of Grit’ and ‘Neon Future’ costing £4.99 each. Prices vary for the other seven packs released by ROLI, for more information head to their site here.