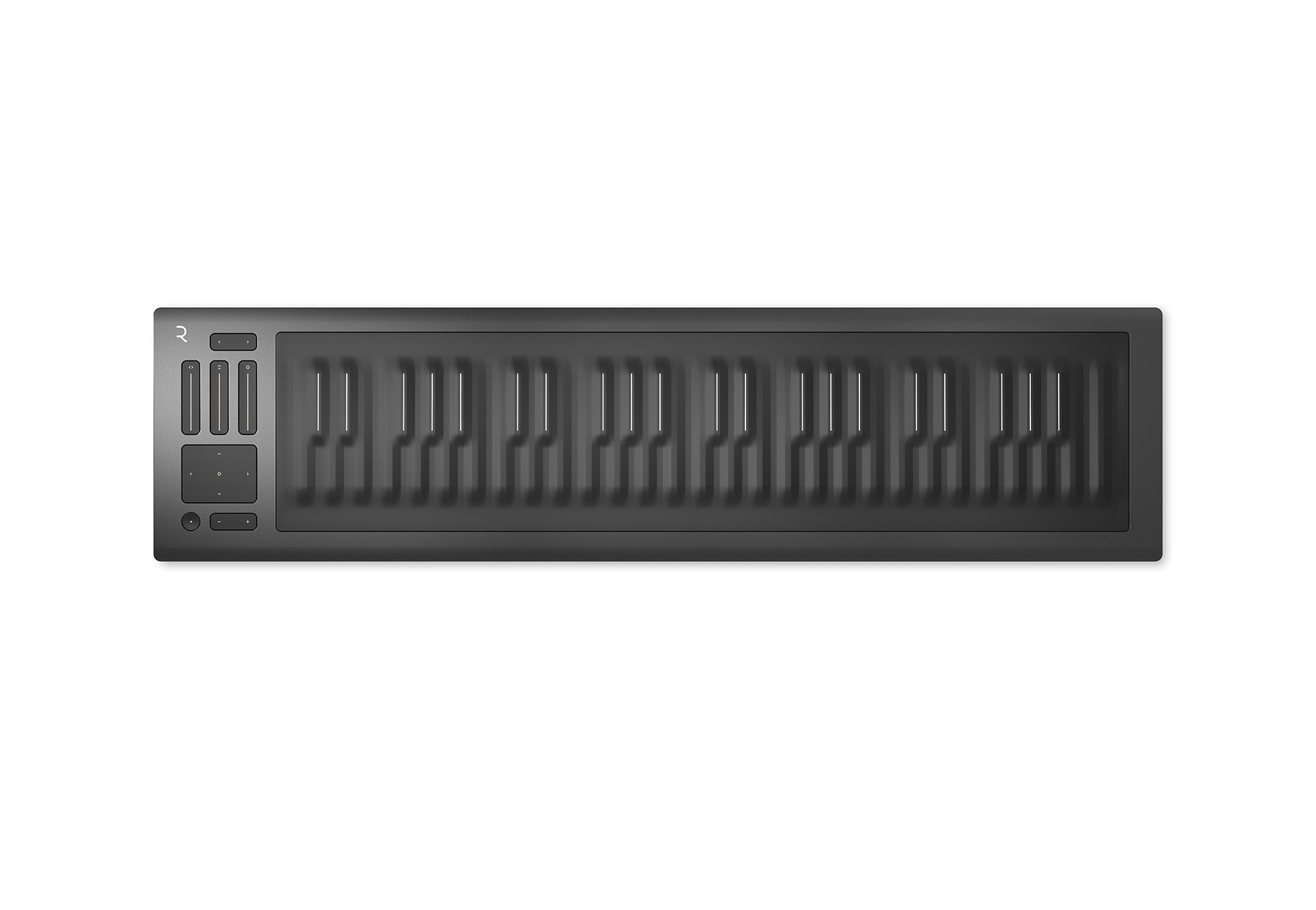 ROLI have finally answered the call for a larger version of the Seaboard RISE. The RISE 49 is a four-octave model of their popular product which opens up more musical potential. Read on for more info…

Featuring a larger playing surface, the RISE 49 expands the family of Seaboard RISE controllers only four months after the launch of the two-octave RISE 25. International acclamation for the RISE 25 grows by the day. Reviewers have called it “extraordinary” and “addictive to play.” It offers “a new and compelling way of manipulating sound that borrows the best of the analog and digital worlds,” while “the expressiveness and artistry you can achieve with the RISE is second to none.”

The RISE 25 won a CES Best of Innovation award, FutureMusic’s Product of the Year, an Electronic Musician Editor’s Choice award, and a Synthtopia readers’ poll as the best MIDI controller of 2015. The RISE 49 features the tactile silicone surface and the Five Dimensions of Touch celebrated on the RISE 25, while its four-octave range makes it a versatile instrument for the stage as well as the studio.

Roland Lamb, founder and CEO of ROLI and inventor of the Seaboard, said: “When we released the RISE 25, our goal was to establish it as a must-have tool for the contemporary musician. The response of creators and critics alike has far exceeded our expectations. We’re thrilled to be able to complement the portability and power of the RISE 25 with the new musical possibilities that will be afforded by the RISE 49. The Seaboard is becoming not just an interface, but a new category of instruments that opens up an ever wider range of creative possibilities.”

Offering new capabilities for recording, layering, and editing, the RISE 49 comes bundled with Bitwig 8-Track, the digital audio workstation. Bitwig 8-Track is one of many DAWs compatible with Equator, ROLI’s software synthesizer and sound engine. Bitwig is built for Multidimensional Polyphonic Expression (MPE), an emerging category of music hardware and software that includes the Seaboard RISE. All Seaboard creators will now receive Bitwig 8-Track for free, helping them make and record multidimensional music right out of the box.

A Soft Case is included with every RISE 49. Wireless and portable, the Seaboard RISE is designed for making music on the go. The padded Soft Case lets RISE 49 creators carry their instrument conveniently around their home or studio ‒ or on the road.

The RISE 49 becomes even more portable when paired with NOISE, ROLI’s free app. Using MIDI over Bluetooth, NOISE is a mobile sound engine that lets music-makers work wirelessly with just a RISE and a mobile phone. Now available on iPhone and named an App of the Month, NOISE will soon be available across iOS and Android devices.

Significant updates to Equator, the multidimensional software synthesizer included with every Seaboard RISE, also launched this week. Over 100 new presets have been added further expanding Equator’s sonic palette. Startup times are now faster. And music-makers can now work with velocity-sensitive multi-samples as well as tempo sync.

The RISE 49 retails for $1199 (£949, €1299). It is now available for preorder on www.roli.com. It will ship in late February and be available at ROLI’s network of retailers in North America and Europe in the first quarter of 2016. Watch our video to see what is possible on the RISE 49.