ROLI has launched the Seaboard Block, the latest iteration of the touch-responsive keyboard interface, that hopes to make expressive keyboard controllers a mainstream option for all musicians… Here’s the story in ROLI’s own words. June 8, 2017 – ROLI today launches Seaboard Block, a uniquely versatile controller that brings next-generation expressive music technology into the […]

ROLI has launched the Seaboard Block, the latest iteration of the touch-responsive keyboard interface, that hopes to make expressive keyboard controllers a mainstream option for all musicians…

Here’s the story in ROLI’s own words.

Seaboard Block is the newest model of the Seaboard, a touch-responsive keyboard interface that is one of the most acclaimed inventions in music technology of the last several years. ROLI’s first two models, Seaboard GRAND and Seaboard RISE, are played by artists including Stevie Wonder, Meghan Trainor, Steve Aoki, and Hans Zimmer. Called “incredibly deep” (Resident Advisor), “exciting, progressive, and potent” (Sound on Sound), and “the future of the keyboard” (MusicRadar), the award-winning Seaboard ranges in price from $799 to $8,888.

Priced at $299 (£279, €329), the Seaboard Block is by far the most affordable version of a must-have tool for the contemporary musician. Fitting in a backpack and connecting to ROLI’s free mobile app NOISE, it is the most accessible Seaboard ever made. Musicians of all backgrounds — including global superstars — are now adopting Seaboard Block. “A portable Seaboard is literally genius,” said singer-producer Grimes, who now uses Seaboard Block. “I’m so glad this device entered my life.” 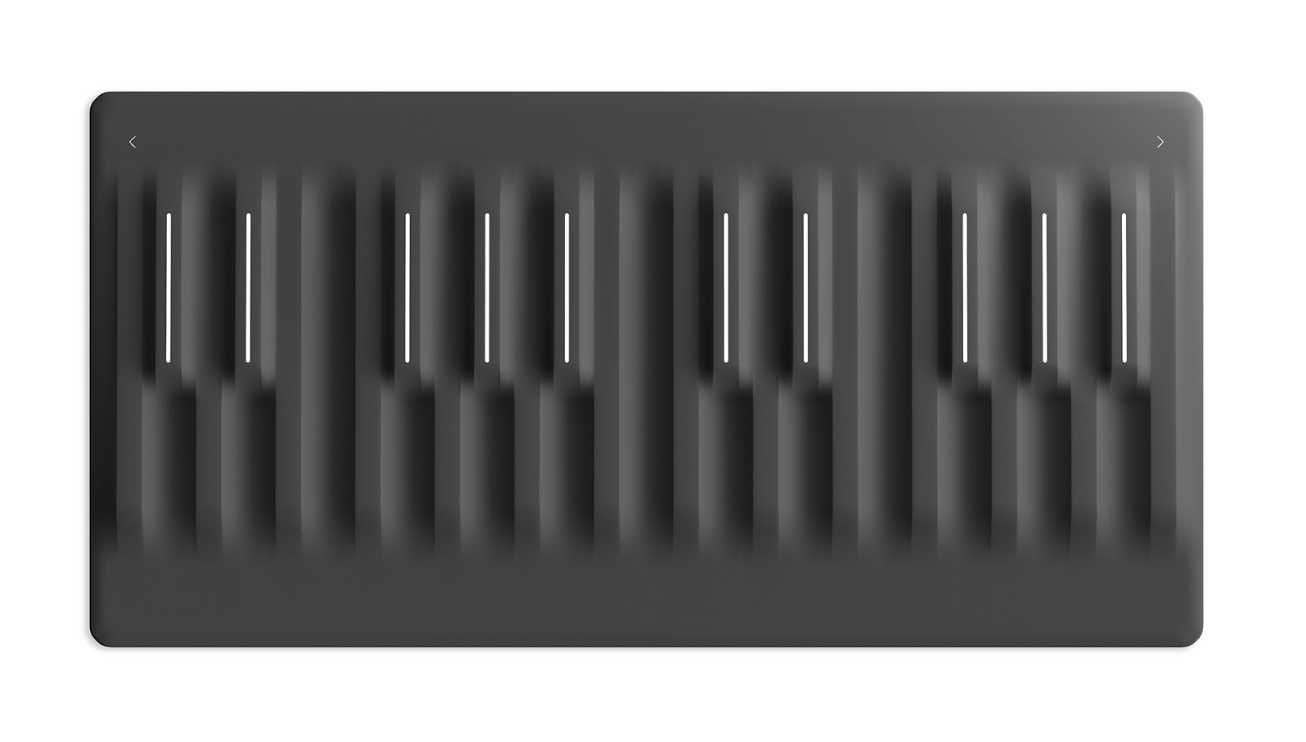 Seaboard Block is also the newest Block in ROLI’s modular BLOCKS system, which launched worldwide in November 2016. Individual Blocks, each of which provide unique functions, can be connected together to build an expandable, customizable instrument for people of all musical backgrounds. Connecting to other Blocks — including other Seaboard Blocks — this 24-keywave super-powered keyboard is now at the center of the world’s first mobile music studio.

Roland Lamb, founder and CEO of ROLI and inventor of the Seaboard and the BLOCKS family, said: “Music making will only begin to thrive in the digital age when electronic instruments are truly intuitive and can be played as expressively as any acoustic instrument. Seaboard Block is the culmination and convergence of our work at ROLI to create new instruments that are deeply emotive and easy to play. It is one of the most simultaneously accessible and expressive digital instruments ever made, and I can’t wait to hear what people create with it.”

A wireless MIDI controller, Seaboard Block comes with a suite of music software and a diverse collection of interactive sounds. Equator Player is a new sound player for BLOCKS designed for anyone making music with a desktop computer. NOISE, the free app that pairs wirelessly with BLOCKS, is a mobile sound engine for making music on the go. NOISE makes Seaboard Block a portable musical sketchpad that can be taken anywhere. 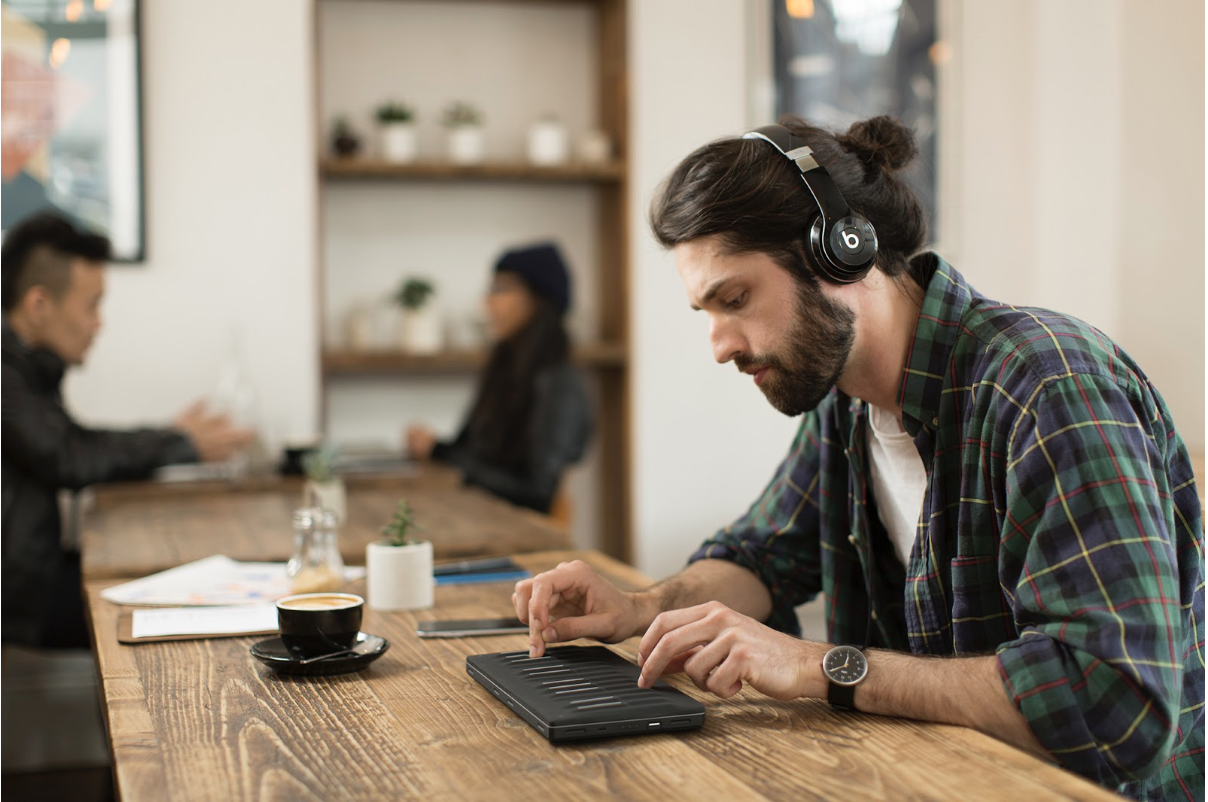 NOISE and Equator Player both include over 100 expressive sounds from synths to strings. Alongside the launch of Seaboard Block, ROLI also releases six new soundpacks ranging from Vintage Electronic to Cinematica. Free with every Seaboard Block, the soundpacks put even more sounds at the fingertips of Seaboard Block creators. BLOCKS Dashboard extends the workflow possibilities further by allowing easy customization of music software programs like Logic Pro, Ableton Live, and Omnisphere.

Touch Block also launches today. The same size as Live Block and Loop Block, Touch Block ($79, £69) provides controls for adjusting in real time the expressive behavior of the Seaboard Block and Lightpad Block interfaces. By clicking one of its controls, for example, music-makers can adjust how much their side-to-side finger movements bend pitch on the surface of Seaboard Block. 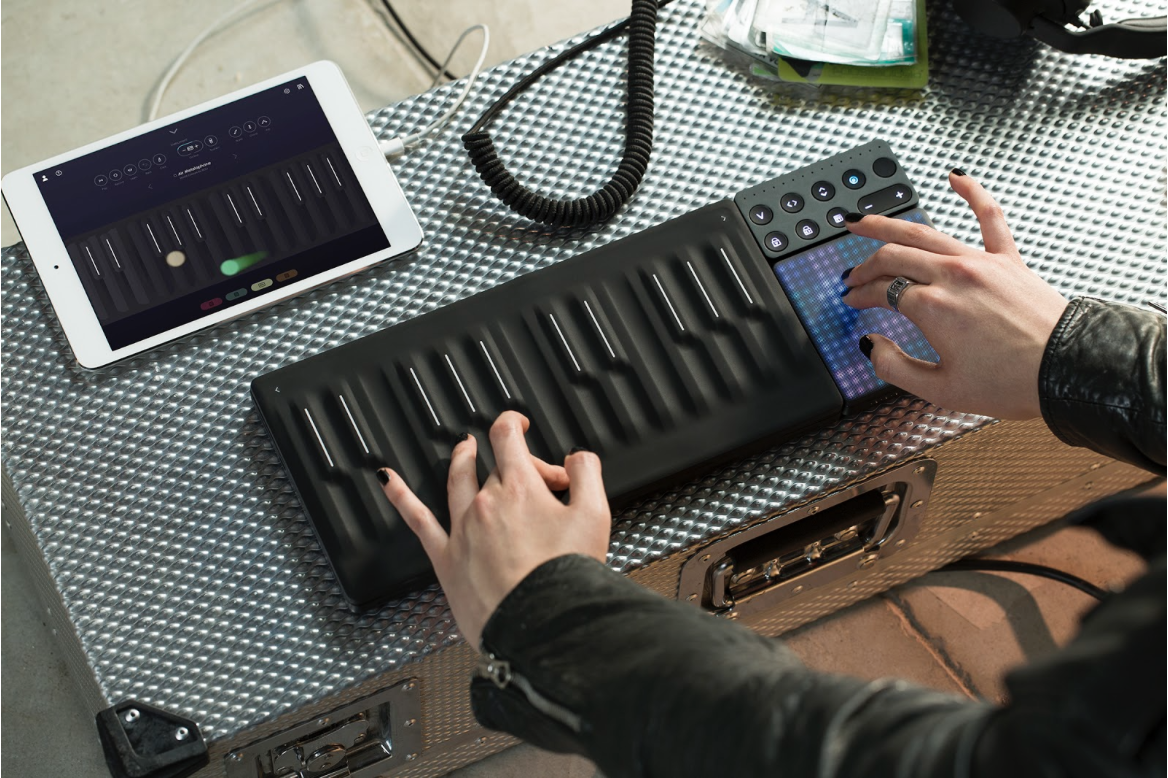 Watch ROLI’s new films — Super Powered Keyboard and Play it Anywhere — to see the musical possibilities of BLOCKS with Seaboard Block at the center. A BLOCKS setup can be as simple as one Seaboard Block played wirelessly on a coffee shop table. Or it can be as powerful and personalized as a 10-piece performance instrument with multiple Seaboard Blocks, Lightpad Blocks, a Touch Block and a Live Block. There is no one shape to BLOCKS, and with the launch of Seaboard Block the possibilities of the world’s first modular music studio have expanded exponentially.

Seaboard Block is now available through the ROLI store and retail partners including Sweetwater, GuitarCenter, and Sam Ash. It will begin shipping in late June. Visit the Seaboard Block page on ROLI.com for more information.