The Player promises both a compositional tool and a resource to develop your skill with chord progressions. 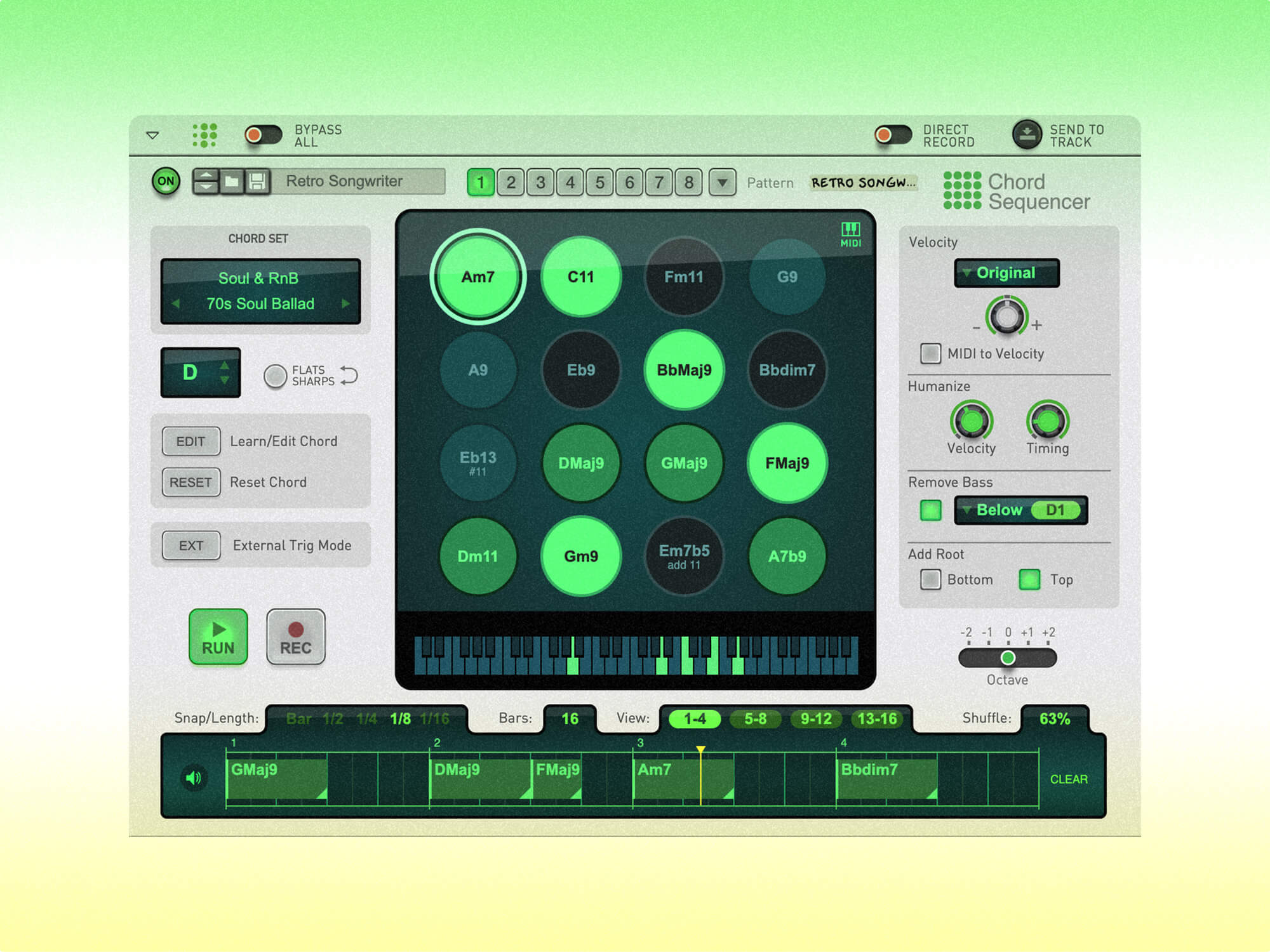 The latest player, Chord Sequencer, from Reason Studios has arrived, and it could well shape the workflow of a multitude of users.

Chord Sequencer’s main feature is its chord suggestion technology, which shows the most appropriate keys, highlighting more “daring” or “bold” key changes, according to Reason Studios.

The player seeks to augment the compositional process for those who might not consider themselves adept at voicing chords or developing progressions, featuring 50 chord sets of 16 “interesting and perfectly curated” chords to suit a chosen genre or mood. With a total of 900 chords overall, the player works off a given chord to guide players to the next chord in a sequence, lighting other chord pads with different shades of green to indicate their ‘appropriateness’ as a subsequent step in a progression.

“Don’t know how to play a big arena voicing of an m9 chord or the jazzy colouration of a dominant 7?” Said the Swedish developer in a press release. “Looking to change up your vibe and borrow the harmonies of anything from Jazz or Pop to EDM or Classical? Just load up Chord Sequencer and start exploring the built-in Chord Sets.”

Reason’s product manager Mattias Häggström Gerdt said: “We built Chord Sequencer to make it quick and easy to explore chords you might not think about playing. A way to avoid your muscle memory and play something new. Put together by seasoned musicians, the Chord Sets are flavourful with both expected and surprising harmonies.”

Of course, users can still edit chords, add new ones and build custom progressions using the Player’s built-in sequencer, and progressions can easily be exported for Reason’s Rack or for any DAW.

Chord Sequencer is exclusive to the Reason platform, and compatible with any DAW via the Reason Rack Plugin (VST3/AU/AAX) or the Reason standalone DAW.

Existing Reason+ subscribers can enjoy access to Chord Sequencer, or it can also be purchased separately through the Reason Studios Add-On Shop. It’s retailing now for an early bird price of $49 / €54 until Jul7 13th 2022, after which it will retail at $69 / €74. For more, visit reasonstudios.com