Reason 7 unveiled in London – full details below… Propellerhead has just unveiled the latest version of its flagship and increasingly multi-functional DAW, Reason 7, at a press event in London. Members of the music press and assorted other music luminaries crowded into the prestigious Red Bull Studios in London to see a hands-on demonstration […] 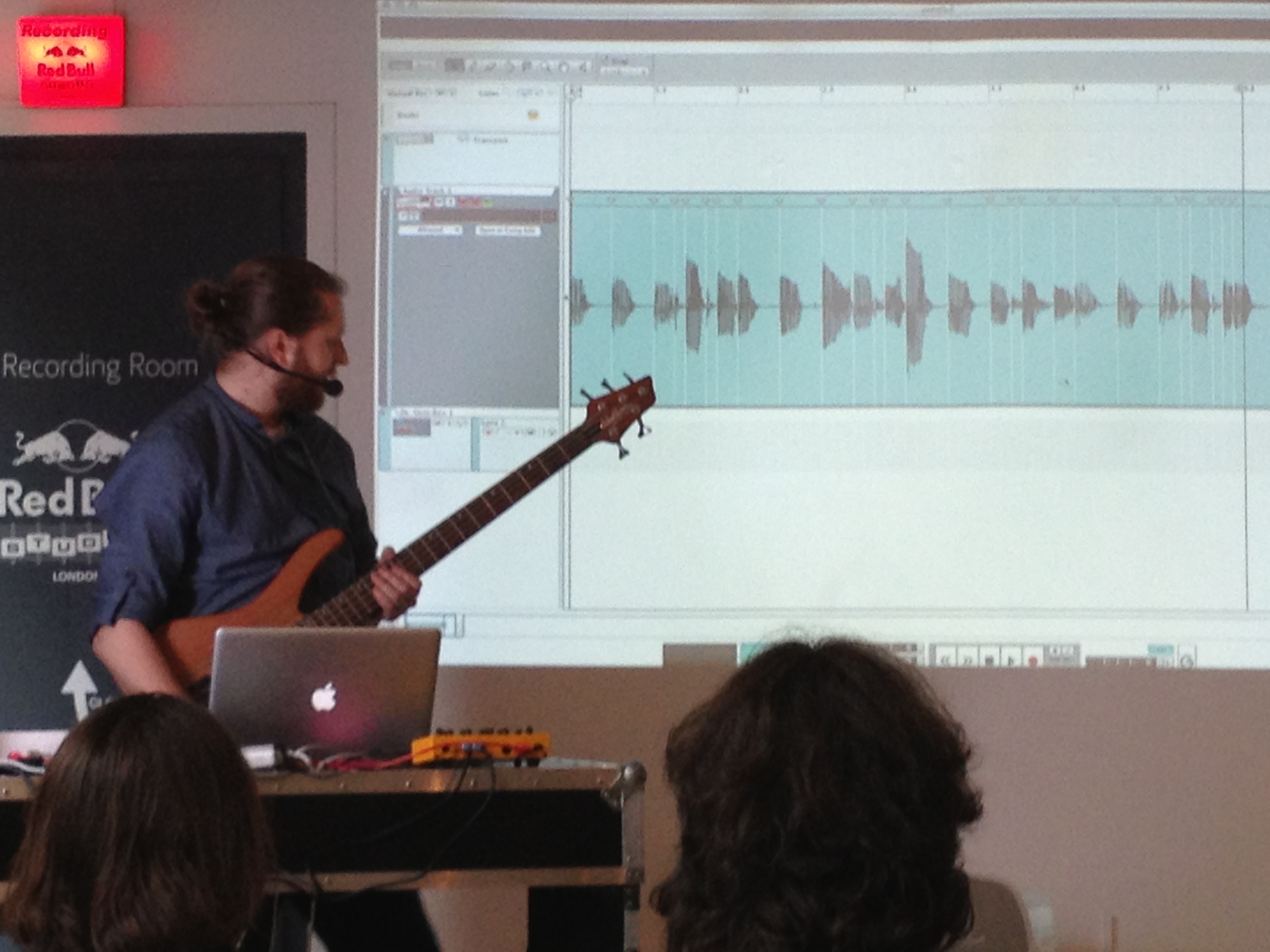 Propellerhead has just unveiled the latest version of its flagship and increasingly multi-functional DAW, Reason 7, at a press event in London. Members of the music press and assorted other music luminaries crowded into the prestigious Red Bull Studios in London to see a hands-on demonstration from Propellerheads’ product specialists and some big name DJs and music producers. 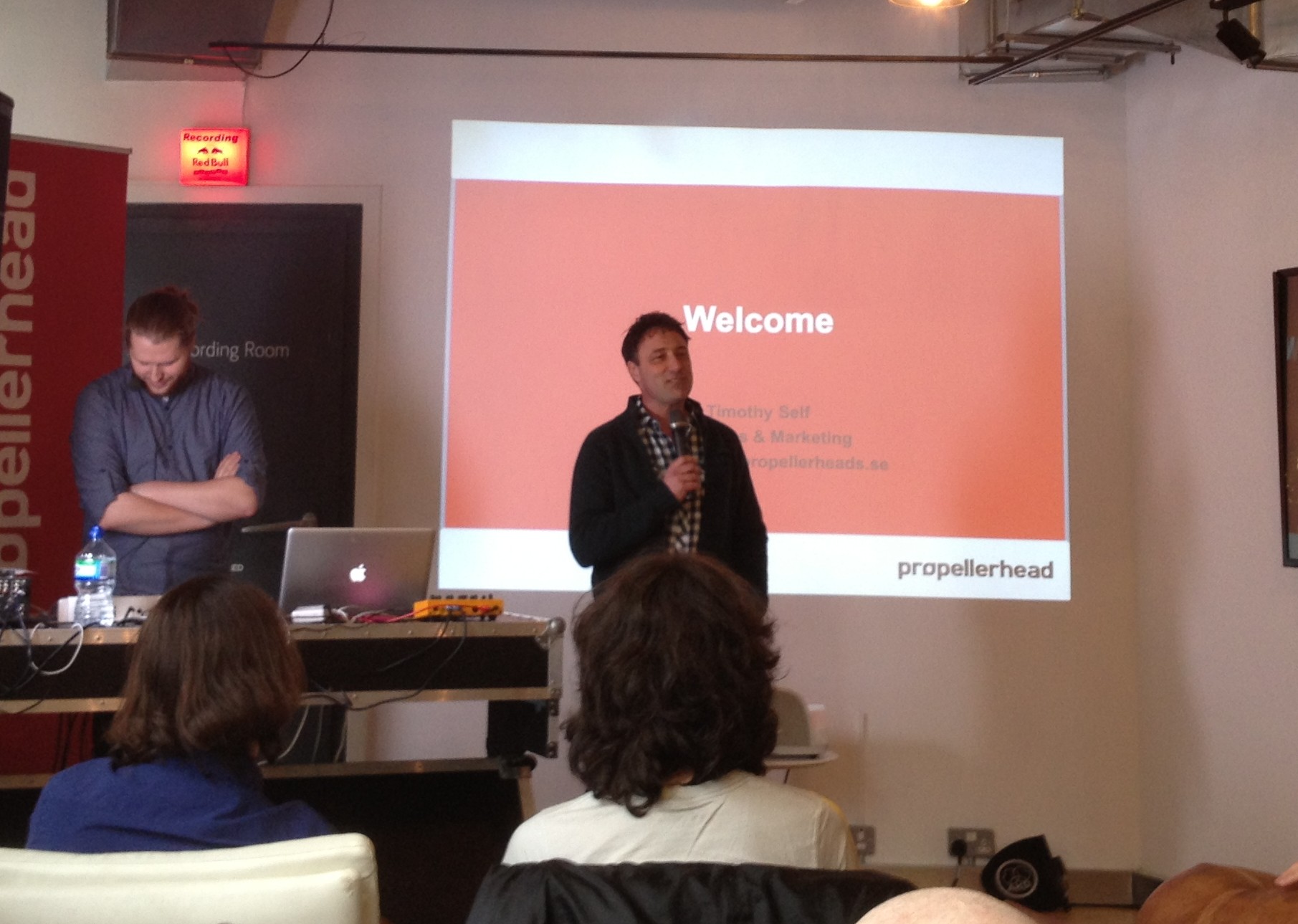 The event was introduced by VP of sales and marketing Tim Self who began by recapping on a productive couple of years for the company. Its first major iOS app Figure is about to pass 600,000 downloads and the Balance interface has also been growing in popularity. The last major update to Reason, version 6.5, added Rack Extensions: third party instruments and effects that integrate directly into the Rack and bring vast sound mangling and creation possibilities. This, said the Props, has freed them up from having to expend lots of effort on creating new instruments and effects and allowed them to concentrate on making other changes to the DAW. 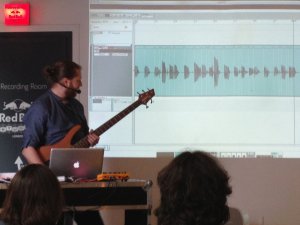 The new features were demonstrated by a product specialist who quickly built a funky house track, blending live bass and MIDI-triggered hardware synths to quickly knock up a great sounding production. The key to this was Reason 7’s new improved timestretching algorithm and the new automatic audio slicing that turns every recorded clip into a sliced part that can be easily manipulated, quantized and even transferred straight to the Dr Octo REX loop player or exported to your desktop. There’s also a new MIDI out feature with full CV support which was demonstrated, making it simple to control external MIDI hardware from inside the rack. The simplicity of triggering hardware using MIDI racks, arpeggiators and CV-based effects, then recording the input and having it automatically sliced up is amazing and really looks like it will greatly enhance the utility of Reason as a serious studio tool. 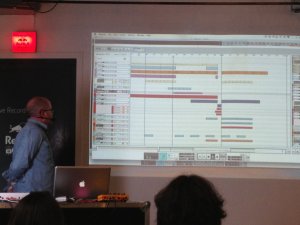 Next up, James Wiltshire of remix specialists Freemasons took to the stage to demonstrate the new parallel processing and grouping features in the mixer, showing how parallel processing can be used to boost and add punch to everything from drums and synths to vocals. The results are impressive, making it much easier to create powerful sounding mixes with a few relatively simple mixer tricks. There’s also a new EQ available on every mixer channel with a large display that lets you paint in EQ curves much more easily.

Reason 7 is expected to ship on May 1st and will be a free upgrade if you purchased Reason 6 after 1st March.