London’s long-running entertainment technology expo PLASA, kicked off at the spacious London Olympia on Sunday, where many live sound and pro audio manufacturers are exhibiting their wares. The tech we are most interested in is that which is aimed at enhancing the on-stage, performance-monitoring experience for artists and the audio delivery to the audience. We […] 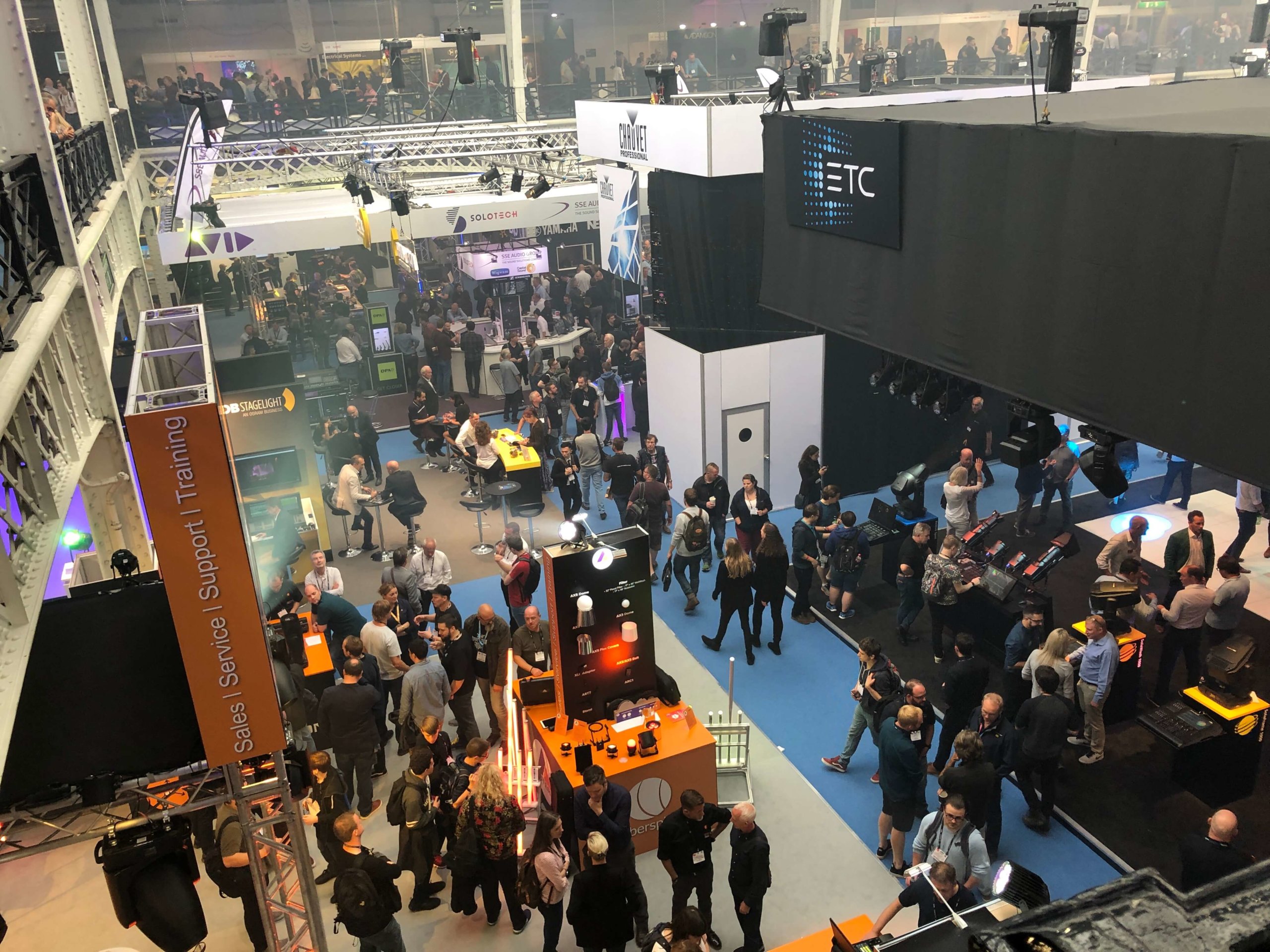 London’s long-running entertainment technology expo PLASA, kicked off at the spacious London Olympia on Sunday, where many live sound and pro audio manufacturers are exhibiting their wares. The tech we are most interested in is that which is aimed at enhancing the on-stage, performance-monitoring experience for artists and the audio delivery to the audience. We headed to the show floor to take a look at what was on display.

Originally launched way back in 1977 under the (fantastic!) former name ‘Discotek 77’ the PLASA Show has long been a staple of the live sound and high-end audio industry. After moving around a few different venues over the last few decades (including a stint at the Earls Court Exhibition Centre) It has been firmly based at London’s Olympia since 2016.

This year’s show promised to be bigger than ever, with a range of pro audio companies exhibiting alongside the very best representatives from the whole gamut of lighting, rigging, staging and AV sectors.

While we’ve tended to shy away from the live sound world for the last few years, it’s often an eye-opening experience when we take a tour of some of the recent developments in this sector. Here’s a few of our highlights of the show… 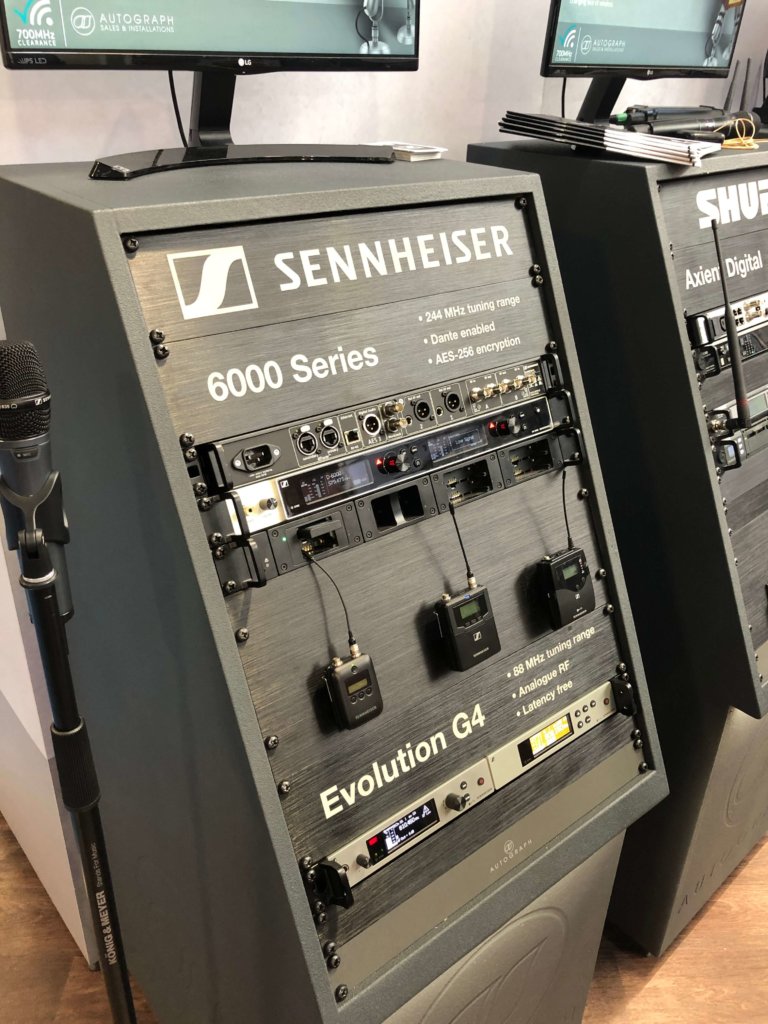 Sennheiser were showcasing their recently released IEM Pro series of in-ear headphones, the IE 40 Pro’s are the more affordable little siblings of the IE 400 Pro and the top-of-the-line IE 500 Pro. Also on display was their 6000 Series two-channel receiver and the touring-friendly wireless Evolution G4, which can synchronise up to 12 channels. (pictured)
For more on Sennhesier’s live sound gear, head here 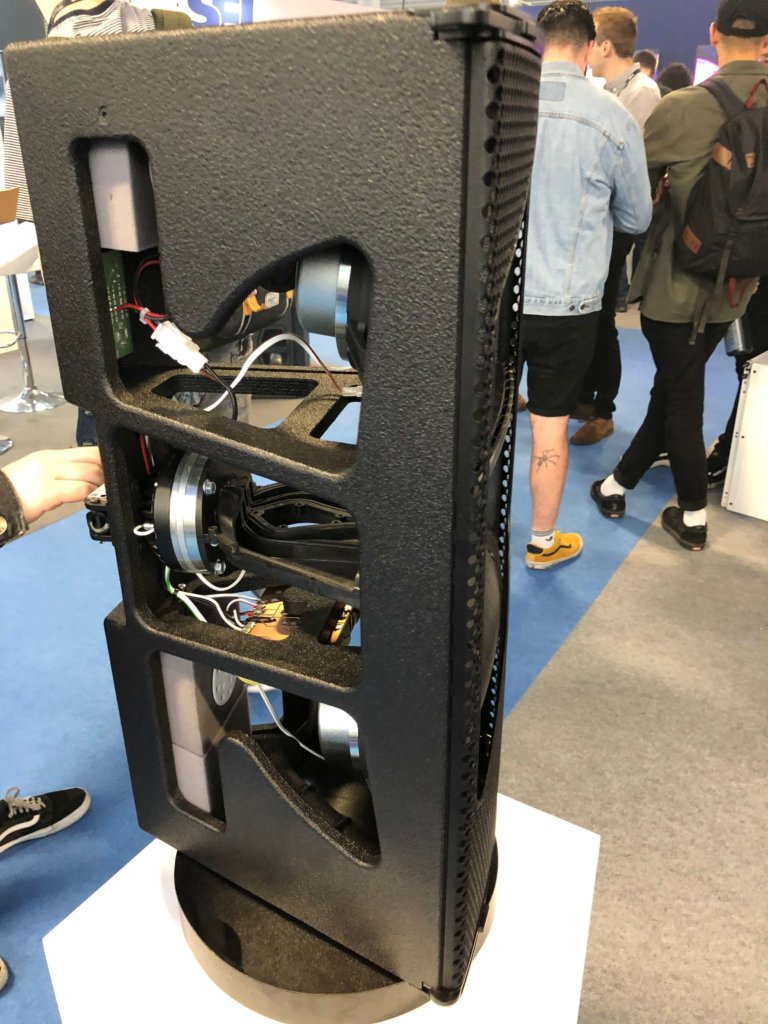 Pictured is an exploded view of a member of d&b audiotechnik’s new A-Series family of speakers which were unveiled for the first time in the UK at this year’s show. The new loudspeaker features an ‘augmented array’ which combines variable splay angles, a new approach to acoustic optimisation and an advanced waveguide design. The company has excellent form for innovative and immersive live sound experiences.
To read more about d&b audiotechnik, head here 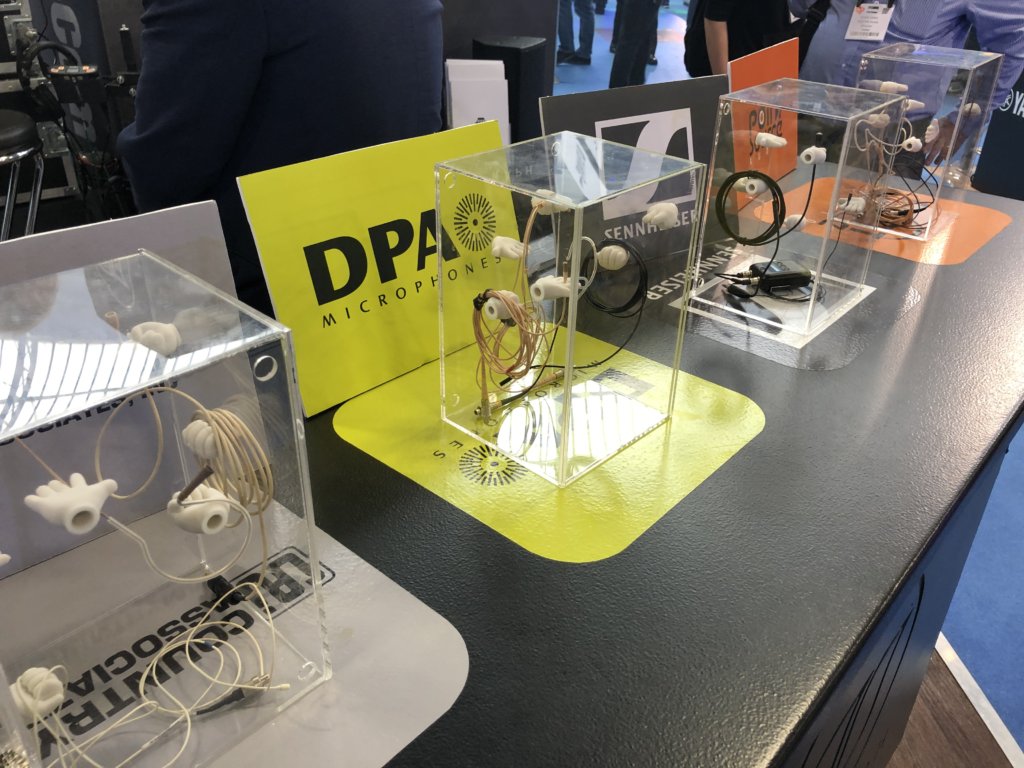 DPA Microphones were exhibiting the latest additions to their ever-expanding CORE family. The DPA CORE 4099 updates the previous iteration of their tiny 4099 instrument mics with a new internal, distortion-minimising technology, while their larger vocal mic – the 2028 is already making waves for its live-sound-optimised clarity. The near-miraculous construction process of their tiny subminiature microphone (pictured) is detailed here.
For more on DPA’s product range, head here 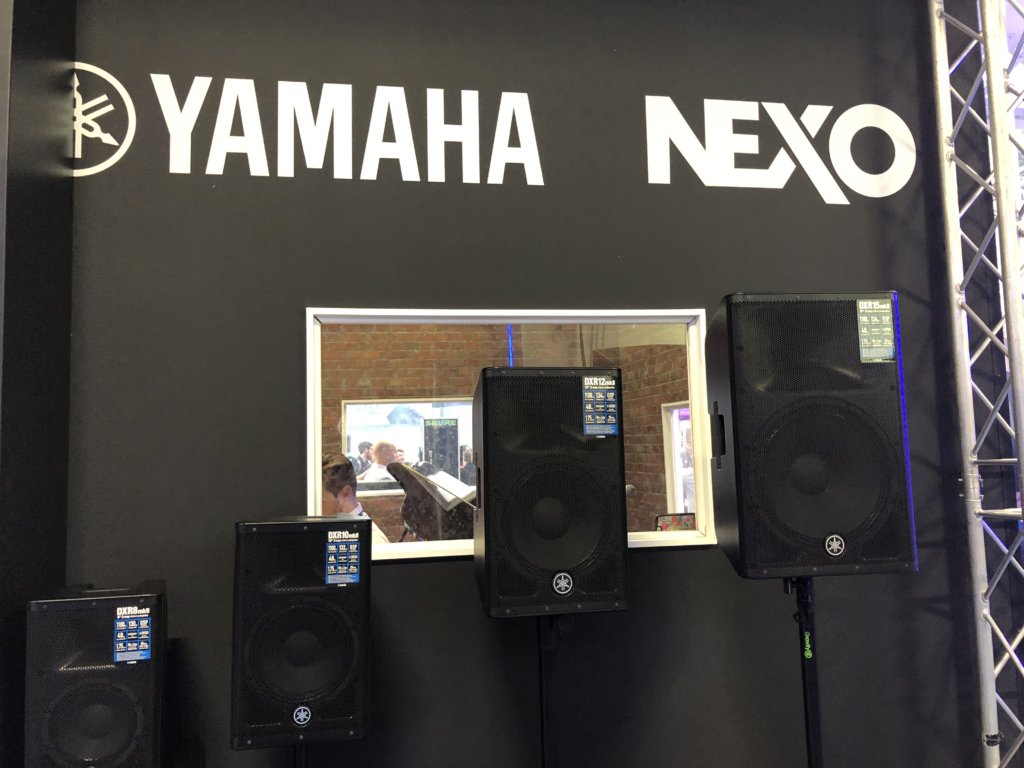 Yamaha’s subsidiary NEXO showcased some seriously impressive loudspeakers –the DXRmkII range upgrade the previously released versions of these impactful speakers, providing higher max SPL and custom-designed transducers. Take it from us, they pack one hell of a punch.
Head here for more on the NEXO speakers 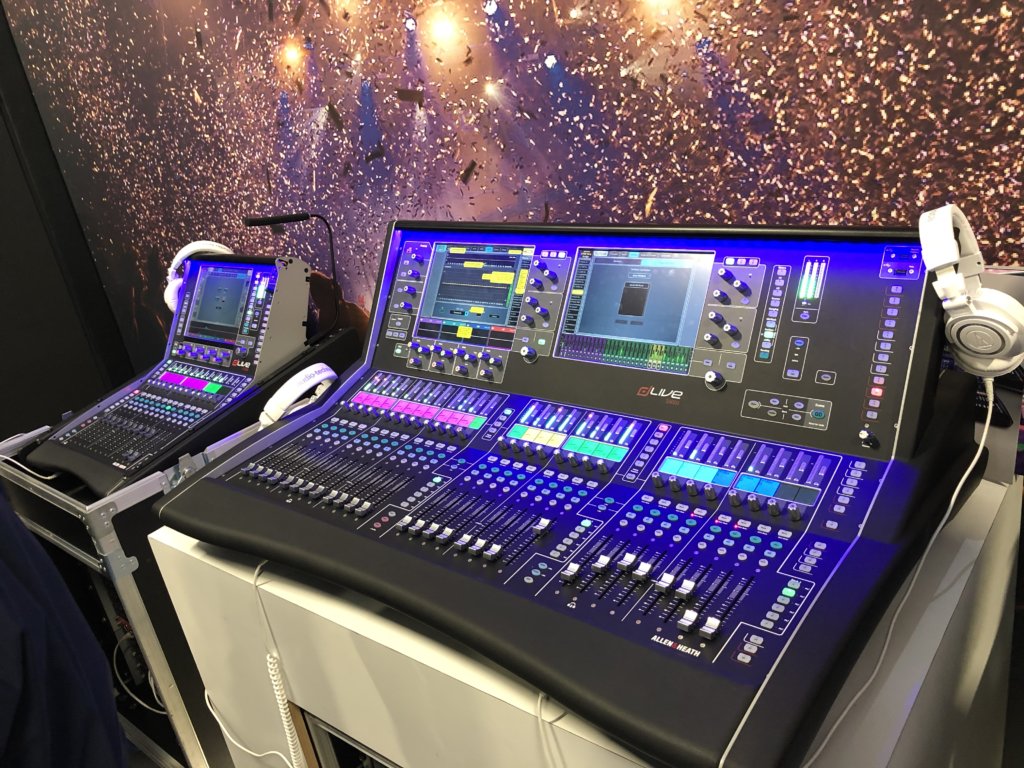 The iconic Allen and Heath continue to dominate the live sound world and 2019 marks their 50th year of innovation in this field. On display here is their acclaimed dLive S5000, containing 28 faders and twin 12” touchscreens. The S5000 is regarded by many as providing the fastest workflow in the industry.
Head here for more info on Allen and Heath’s live sound legacy 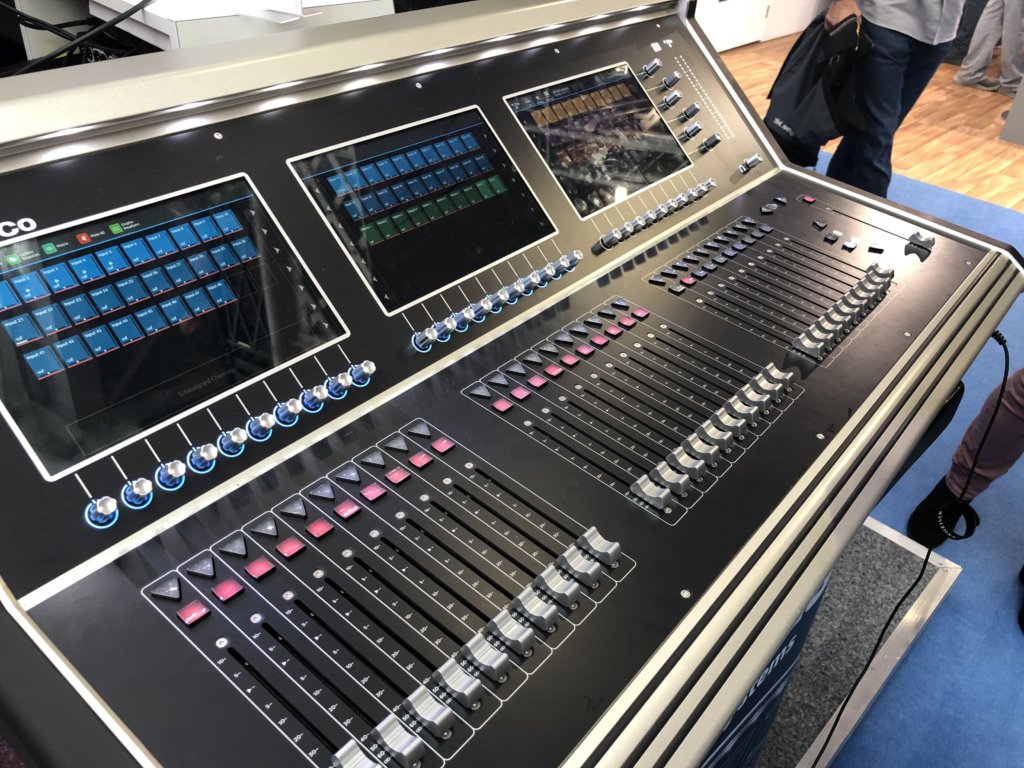 DiGiCo’s famed S-series of live sound consoles has set new standards for portable functionality and has been widely acclaimed by many in the live sound-sphere. The S31 (pictured here) increases the fader count from the smaller S21 and features three 10-inch multi-touch screens over three banks of 10 faders, providing visual feedback and control of 30 channels simultaneously. The acclaimed console also includes 48 flex-channels (which works out at around 16 busses) as well as 96kHz performance. They’re very user-friendly and provide a potential entry-point into the live sound world for those transitioning from a studio-based workflow.
Head here for more info on the S-Series

For more on PLASA 2019 – head to the official website here