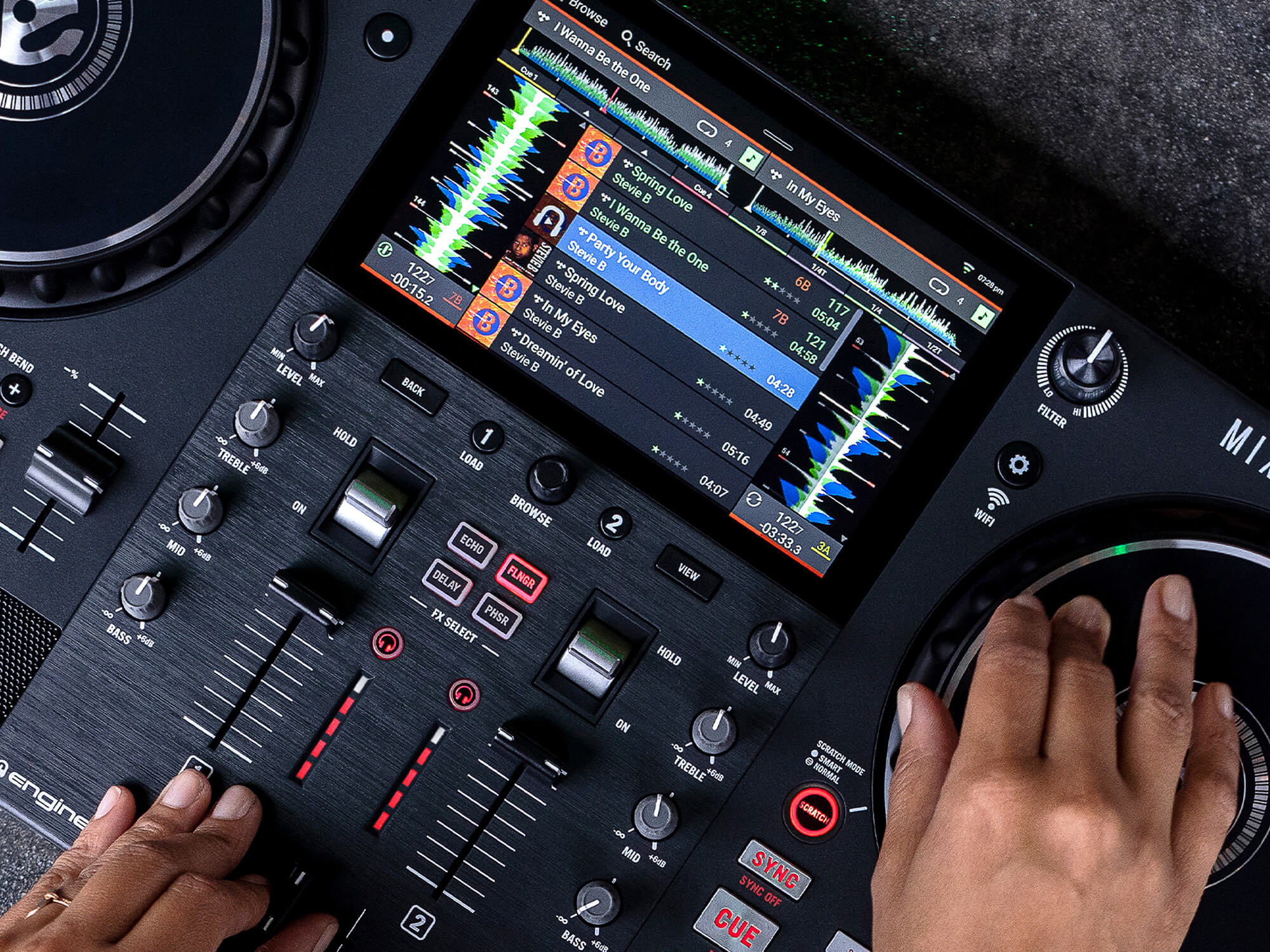 Numark has announced Mixstream Pro, a new DJ controller that unshackles pro and budding DJs from laptops and computers, offering a standalone workflow. It’s also the first standalone DJ controller to feature built-in speakers and Philips Hue lighting control. Could these be the ultimate decks for house parties?

The controller’s built-in wifi also allows DJs to grab tracks and playlists from their connected Dropbox account, with tracks buffered into the internal memory as they’re loaded in. This will prevent awkward moments of silence caused by a dip in wifi strength during a set. 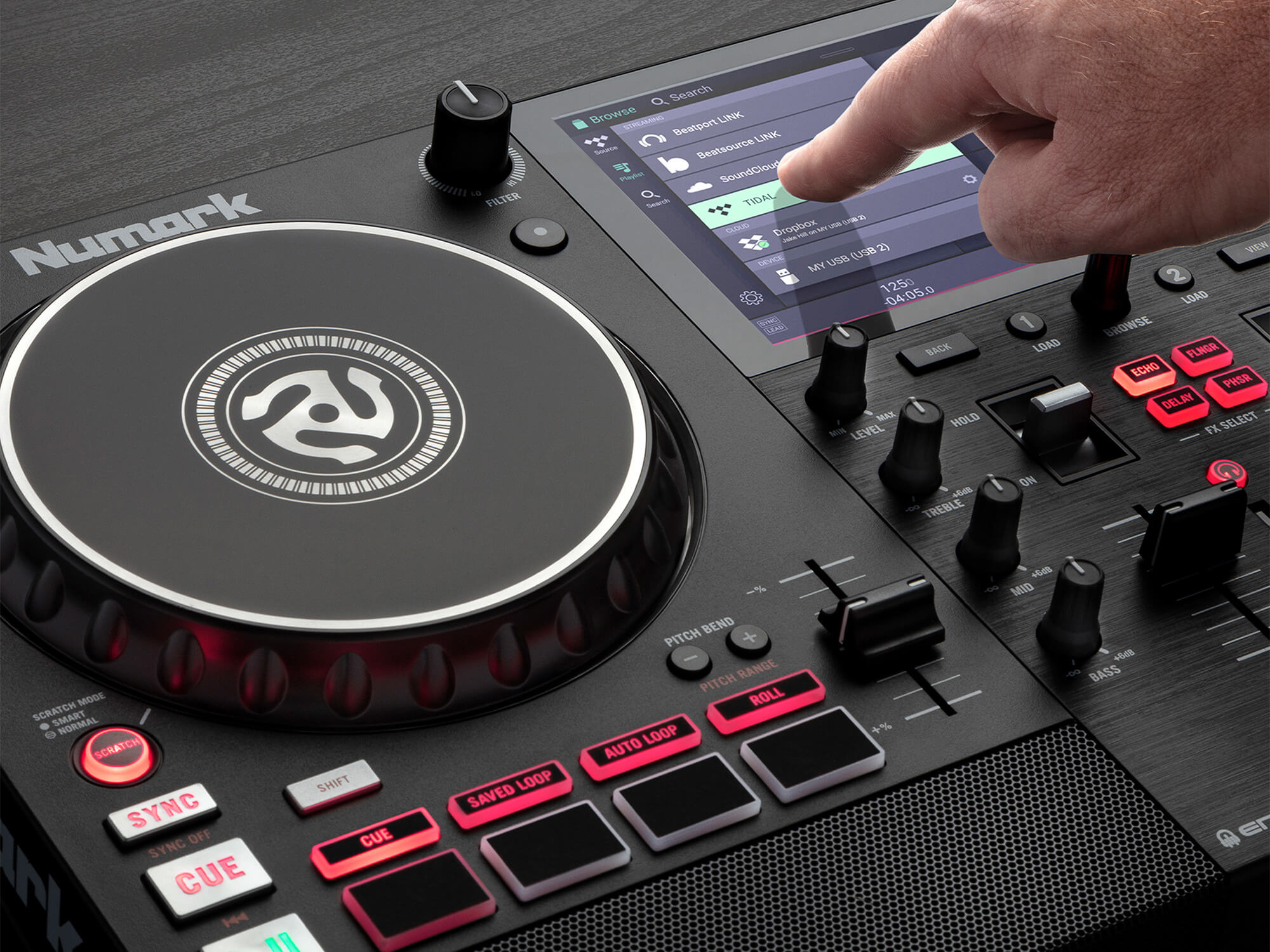 For DJs still keen on bringing their hard drives, two USB inputs and an SD card slot are onboard. DJs can export their music library and selected playlists to a USB drive or SD card, too, thanks to the Engine DJ desktop software, which the Mixstream Pro operates on.

At the heart of Numark’s standalone controller is a seven-inch touch HD touchscreen, allowing DJs to browse, load and interact with their tracks and decks. Just below are buttons for four built-in effects – echo, flanger, delay and phaser – which can be deployed effortlessly in time with the beat using toggle switches.

Either side of the effects section is three-band EQs for both decks, with a large filter knob for each deck on either side of the central screen. The six-inch jogwheels are touch-sensitive and employ Numark’s Smart Scratch feature, meaning the music always stays in time after scratching. Four performance pads under both jogwheels can be used in Cue, Saved Loop, Auto Loop and Roll modes for creative and precise mixing.

Mixstream Pro’s speakers emit sound from the bottom of the controller, which Numark says sport custom-tuned drivers that “produce rich, full sound.” The brand adds that these are “perfect for casual listening, cookouts, pool parties, and gatherings of family and friends.” Numark’s Party Mix II and Party Mix Live featured similar speakers – you can read our review here. 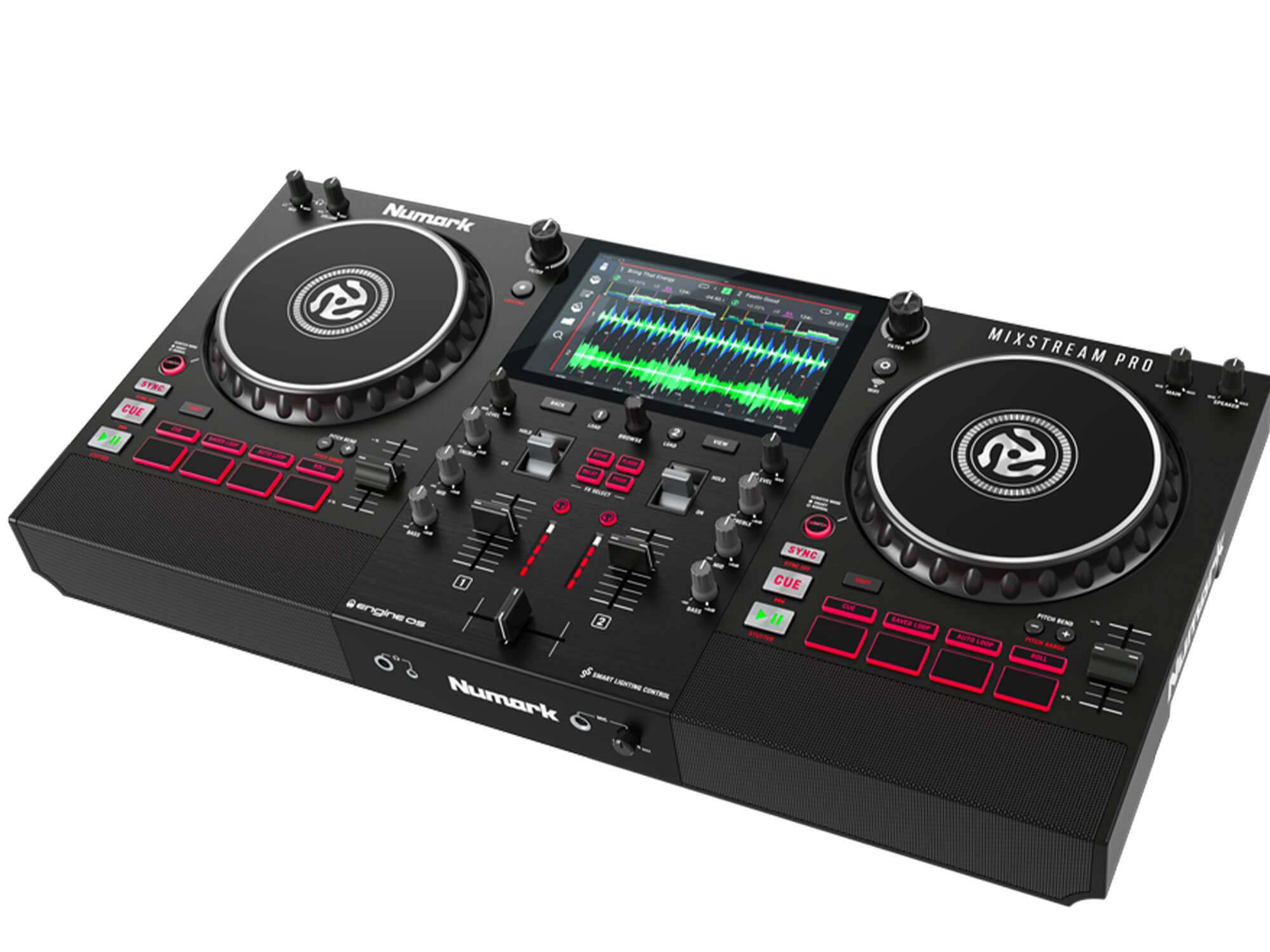 To elevate your house parties to the next level, Numark’s enabled the Mixstream Pro to connect to Philips Hue smart home lighting via wifi. Mood lighting, tempo-synced auto-generated light shows and on-beat colour changes are all available via the onboard Engine Lighting.

For more advanced light shows, users can pre-analyse their music library with SoundSwitch, export their library to a USB drive, SD card or Dropbox account and have control of DMX lightning using the Mixstram Pro’s touchscreen.

Hooking up mics and speakers to the controller is achieved with RCA main outs, XLR main outs, a quarter-inch mic input, and quarter-inch and eighth-inch headphones outputs.

At just £500, Numark’s offering is one of the most affordable on the market, and comes with some stand-out quirks that plenty of DJs could make use of. Chris Roman, director of product development at Numark claims that “the Mixstream Pro provides an experience to DJs that is unmatched in the marketplace.”