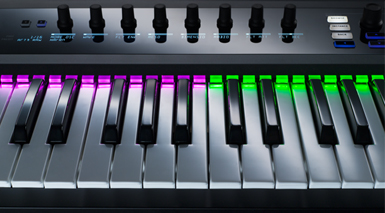 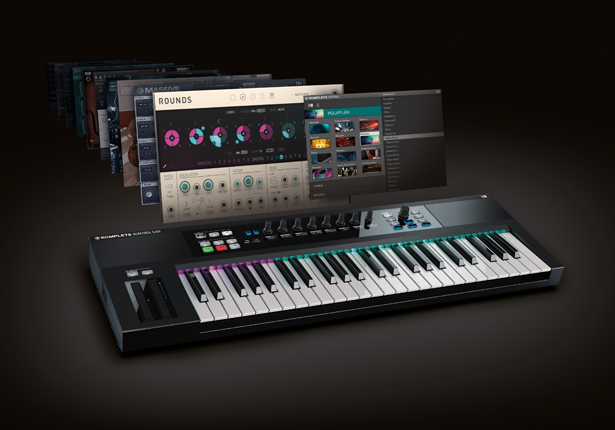 Berlin, September 2, 2014 – Native Instruments today announced the KOMPLETE KONTROL S-Series keyboards. The keyboards represent a hallmark in the history of Native Instruments, providing advanced innovations in hardware/software integration and uniting the KOMPLETE Instrument portfolio under one purpose-built keyboard controller and software interface. KOMPLETE KONTROL S-Series keyboards are available in a choice of 25, 49 or 61 keys and come equipped with premium Fatar keybeds for a luxurious playing experience. They will be available online and at retailers worldwide October 1, 2014. 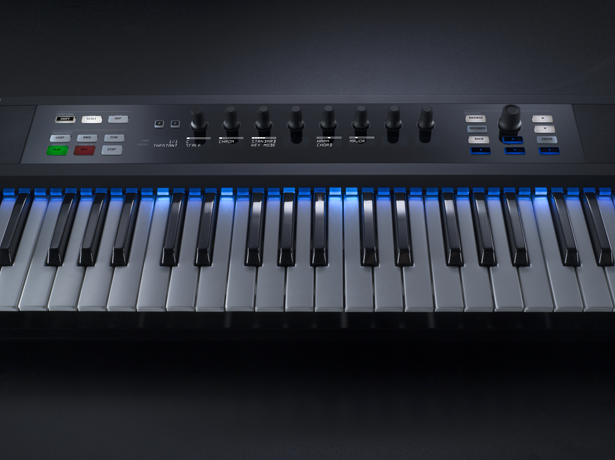 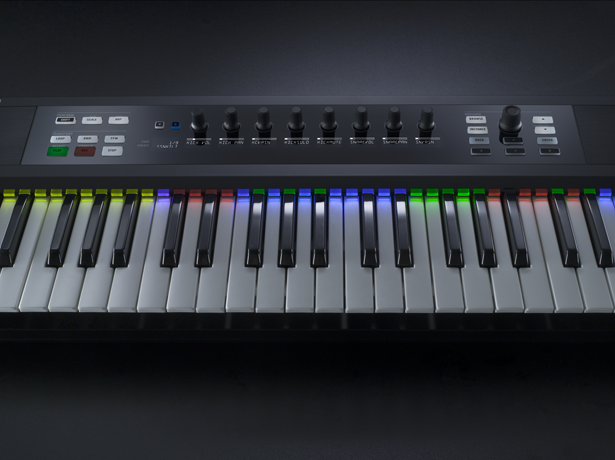 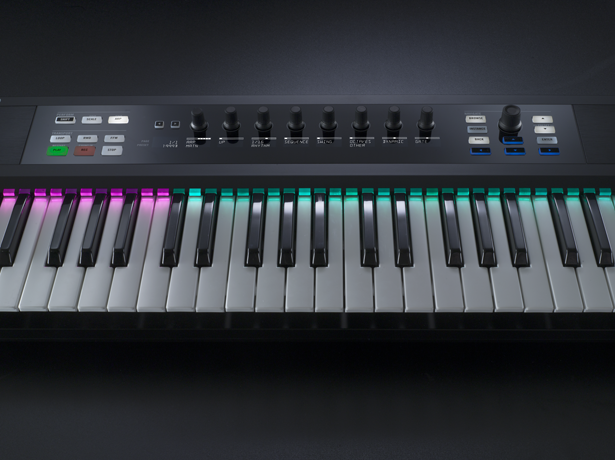 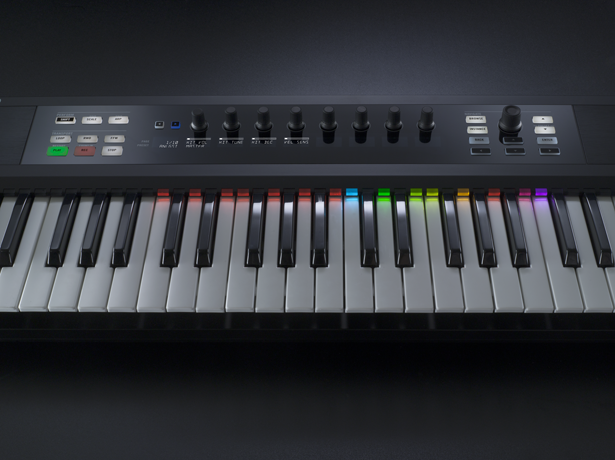 Daniel Haver, CEO of Native Instruments, comments: “In the last two decades our software instruments have shaped and defined diverse musical styles and genres. The KOMPLETE KONTROL S-Series keyboards finally bring our original vision to life, and elevate the experience of sounds to a whole new level. Only now the diversity of all KOMPLETE instruments and sounds becomes truly accessible in a single instrument, in ways that no controller or keyboard ever did before.” 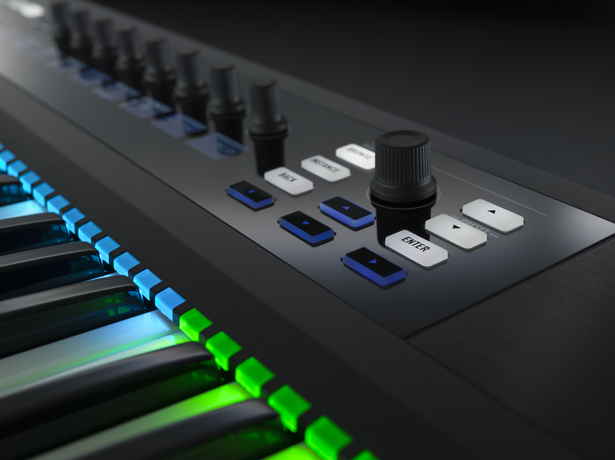 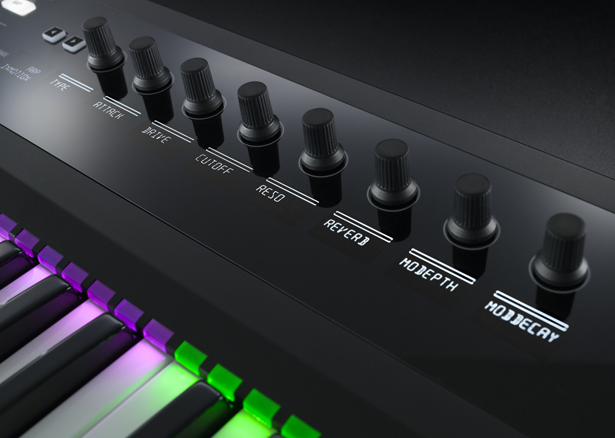 Native MapTM technology automatically maps all key parameters for each KOMPLETE Instrument to the touch-sensitive controller knobs – all clearly visible on the keyboards’ Clear ViewTM display. Each instrument was carefully mapped by NI sound designers to arrange the most relevant parameters on pages laid out on the keyboard’s display. The need for complicated mapping is eliminated, bringing producers closer to the act of creating music and allowing them to stay in the creative flow. 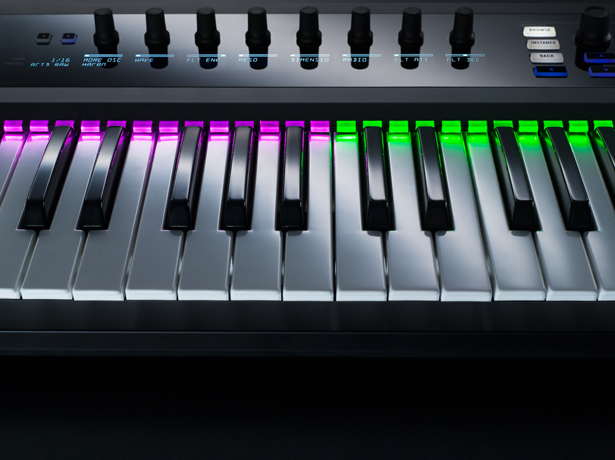 A first-of-its-kind Light GuideTM shows key switches, zones, and more on multi-color LEDs positioned just above the keys. For example, key switches for KONTAKT Instruments such as ACTION STRIKES are illuminated in one color, while keys used for performance are lit with another. This puts the instrument’s layout on the keyboard at a glance without having to look at the software. The lights also provide performance feedback – scales, chords, and arpeggios light up across the keyboard as they are played. 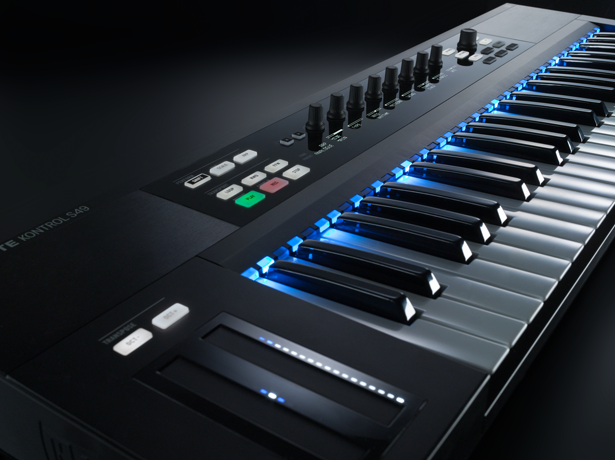 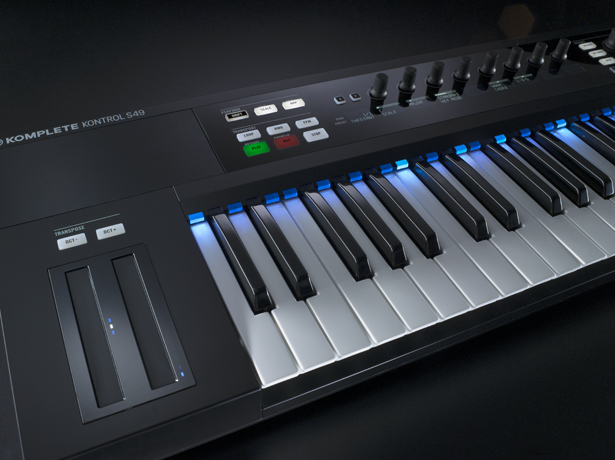 Furthermore, two touch-sensitive Touch KontrolsTM tap into a new paradigm in software instrument control. They can mimic the behavior of pitch and mod wheels, and physical objects like springs and bouncing balls for interesting modulation curves – far beyond the capabilities of conventional mod wheels. Keyboard functionality such as key splits and Touch Kontrol behavior also function when using the keyboards as a standard MIDI controller, opening these control innovations to instruments outside the KOMPLETE universe. 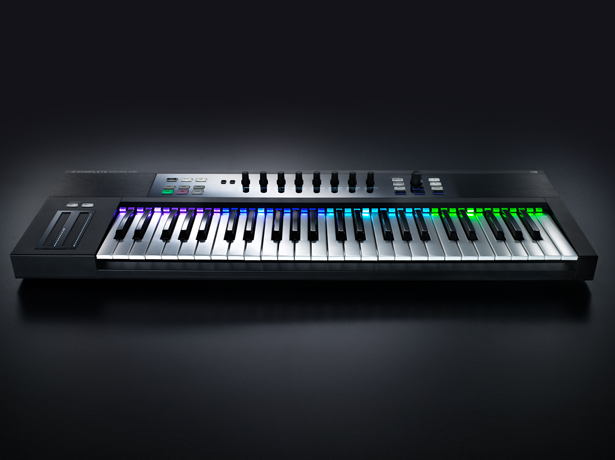 Additional information on the new KOMPLETE KONTROL S-Series is available at:
www.the-komplete-instrument.com