We’re often blown away by great products at NAMM – of course we are – but very often it’s the trends behind them that we should be focussing on, and this year it’s all about getting together, and being nice. Yes it is. I’m guilty of it. So are you. We all are. We look […] 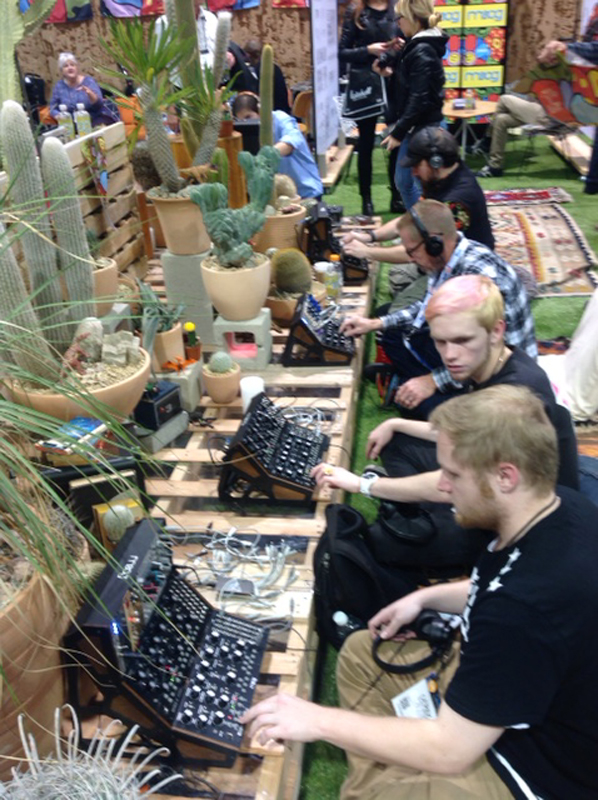 We’re often blown away by great products at NAMM – of course we are – but very often it’s the trends behind them that we should be focussing on, and this year it’s all about getting together, and being nice. Yes it is.

I’m guilty of it. So are you. We all are. We look at all of these NAMM stories and get a little bit too excited over that latest synth over there (the OB-6, yes!), or that futuristic way of integrating hardware and software (VIP) and even the latest DJ tech (don’t get me wrong, I’m no DJ, but I could be a globetrotting sensation with that new Denon controller, I’m sure of it).

We are all swayed and tempted by the latest colourful gizmos and blinking LEDs, yes I’m sure we are… Ok maybe it’s just me, but behind all of it there is usually something going on, a shift, a trend that we don’t see because of all of those flashing lights.

Over the last few years it has been the flashing lights themselves, a return to a hardware-centric set up, more modulars, more controllers, less in the box. Five years ago, all of those modular synth companies were buried in hall E, crazy guys with crazy machines, just for crazy people with too much money. This year they’ve been released into Hall A, rubbing their eyes in the sunlight as they’re released from captivity down below to advertise their blinking wares to the mainstream crowds in the main halls. It’s seismic, but we knew about that one – it’s been happening all around us for the last few years. Hardware is back. Yes, we know that…

But behind the scenes this year I’ve had three conversations all about something else entirely, and it’s all rather nice. It’s summed up neatly by Moog’s Island Of Electronicus, an oasis in the middle of the NAMM show with people sitting down together to make a bit of music. I’m talking, of course, about collaboration, the oft talked about music nirvana that, ever since the Internet was announced (“Ladies and gentlemen, I give you… The Internet!”), people have said “ooh we’ll use that there Internet to make music together”. 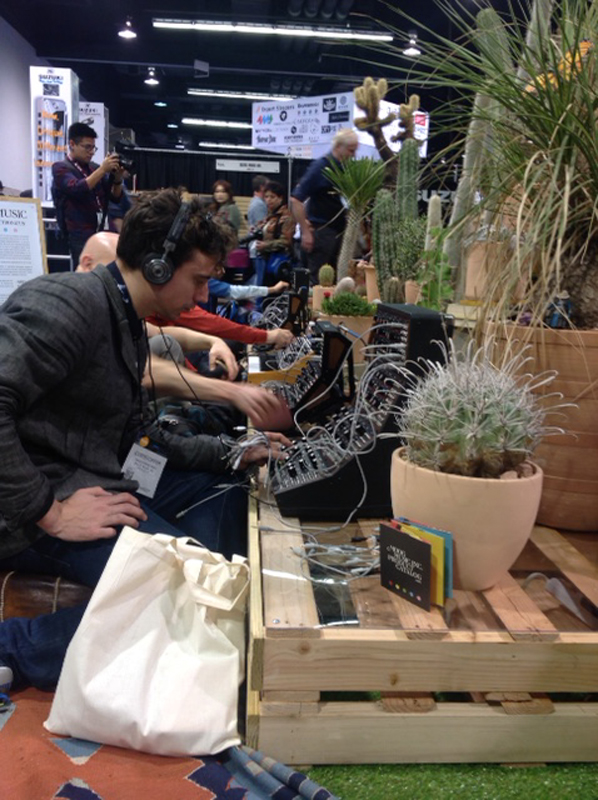 From Res Rocket Surfer onwards people have tried, with varying levels of success but this year’s NAMM could be where it starts to happen properly. First up we spoke to Ableton about LInk, a way for Live users to get together over a wireless network. As they say “Playing together with electronic instruments hasn’t always been so easy. Now Link makes it effortless. Link is a technology that keeps devices in time over a wireless network, so you can forget the hassle of setting up and focus on playing music.”

We then spoke to Avid about their plans and they see theirs as a global service for any musician to be able to collaborate with anyone, using Pro Tools (of course) but the free version which you can just record your part of a session without any outlay. Avid’s Andrew Wild told us that the service has had the creases ironed out and is now ready and because of Pro Tools’ history and user base within the pro community, it will be a great way for session musicians to hook up and contribute to real life projects (and even, dammit, get paid!).

But even better than both of these was a smaller company than either (at present anyway) BandLab. Meng Ru Kuok from the company told us about their plans which include an already operation social network with free access to worldwide projects, easy filtering, multitrack recording on mobile devices (which looked darn easy let me tell you) and basic instrumentation and mixing effects. If they get this one up and running properly, it could be the one that everyone jumps on.

Needless to say we’ll be looking at all three in future features in MusicTech and don’t worry, I’ve just uploaded a shed load of pictures of gear from the show with flashing lights so we can all get back to the good stuff!

Tomorrow I’ve identified six amazing products from the show that you won’t have heard about elsewhere – you don’t want to miss it!