MusicTech is gearing up for probably the biggest ever show for music production and technology and is reporting direct from Anaheim from a massively expanded NAMM show. Andy Jones has donned the Mickey Mouse ears… Welcome to the MusicTech daily NAMM 2018 blog. For those of you who don’t know, the NAMM show (NAMM standing […] 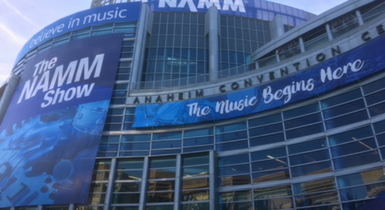 MusicTech is gearing up for probably the biggest ever show for music production and technology and is reporting direct from Anaheim from a massively expanded NAMM show. Andy Jones has donned the Mickey Mouse ears… 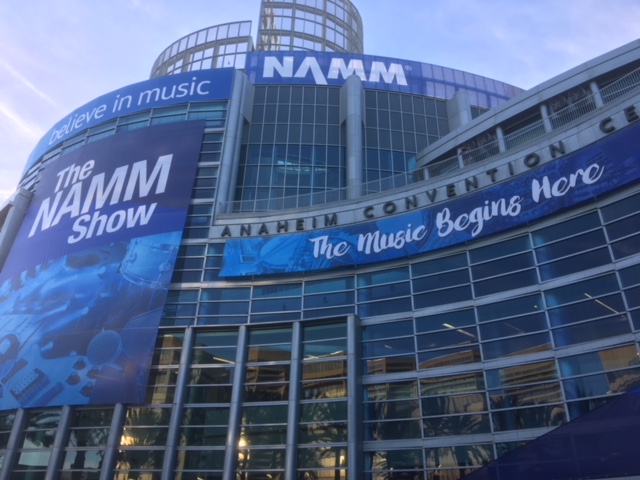 Welcome to the MusicTech daily NAMM 2018 blog. For those of you who don’t know, the NAMM show (NAMM standing for National Association of Music Merchants) is a huge music gear show held every January in California, and has become something of a Mecca for the industry since its first outing back in 1902.

In fact with over 7,000 music brands exhibiting over several massive halls and the addition this year of a huge two-storey ‘North’ building, NAMM has arguably become the greatest gear show on Earth, especially as its main rival, the Frankfurt Music Messe, has had something of a torrid time of late.

I first started coming over to NAMM some 25 years ago and over its history it has moved around the US, but the show now has a permanent residence in Anaheim, just over the road from Disneyland where preparations are surely being made for Disney’s new Star Wars theme park set to open in 2019.

The buzz around the show is not about that, however (well, some of it is), as there is a huge amount of excitement about the new NAMM buildings, especially for us here at MusicTech, as they have been dedicated to music software and pro audio companies, the producers of the kinds of hardware and software that get us a little too excited.

Sure there are guitars and drums in their traditional positions in Halls B, C and D and some pro audio companies still hanging out in Hall A but whichever way you look at it, this show will be MusicTech’s biggest ever, so over the next few days we’re bringing you news from the front line. We have press conferences, gear demonstrations, awards ceremonies, and much more lined up and we’ll be bringing it to you as fast as we can type, photograph, video and upload.

Right now it’s Wednesday, the day before the show officially starts, but there’s already been a mini opening for the press with a variety of smaller companies demo-ing new releases. We’ve also had a couple of exclusive demos which we’ll bring you news of plus rumours of the big announcements to be made tomorrow.

First up that small press briefing. This has become a Wednesday regular where some of the smaller and quirkier companies get the full media attention before the show opens properly. It’s normally something that throws up a couple of curveballs and this year is no exception with a couple of companies vying for our attention with unique ways of making music, particularly relevant given our theme of future music production this month.

Kagura could well be the way we interact with our software in the future to make music. Essentially it is a gesture control application that monitors the user and allows them to interact with their music software on a Mac or PC to play or produce music.

The application is performance based – so if you’ve got the guts you can dance around, gesture away and play beats and loops – but also allows you to be more creative with your DAW. We’re not convinced entirely (we saw a previous version last year and it seems to be more performance than actual production benefit) but we are down with anything that takes us more towards a holographic Minority Report style way of making music.

Enhancia is another gesture based controller, a more simple finger based controller that can be assigned who whatever MIDI ccs you want and just by lifting or swiping the finger or thumb can therefore open a filter of whatever you assign it to. It’s adding another level of expression in the way ROLI does with its keyboards but for less cash.

Another small company with new wares at the pre show event was Shertler, a company we have reported on before who make DIY mixers, modular affairs where you bolt channels, knobs and sliders together to create your own bespoke and high quality mixer. A cool idea, we think, particularly in this modular age although their new products appeared to be a range of three ready built mixers which seem to defy the original ethos, rather like being given ready made Lego Star Wars kits (we’ll stop going on about Star Wars now).

Talking of ROLI, we got invited to a demo of the company’s latest Lightpad Block in tandem with its Dashboard software. In case you are not familiar with it, it uses multi dimensional touch to play music via the Equator synth or Noise app but can also, via the dashboard software, be programmed to be anything from an Ableton Live controller to Space invaders game. We’ll hopefully upload a demo video we shot to explain it better as it is very cool to watch (review coming soon too).

Finally on to what else we can expect of NAMM 2018 and we are off to the Korg press conference first thing tomorrow followed by the likes of Presonus, Arturia and Roland and there are rumours of exciting releases from Dave Smith, Teenage Engineering and so many more. We’ll have al the news and gossip here at MusicTech as it happens so stay tuned…