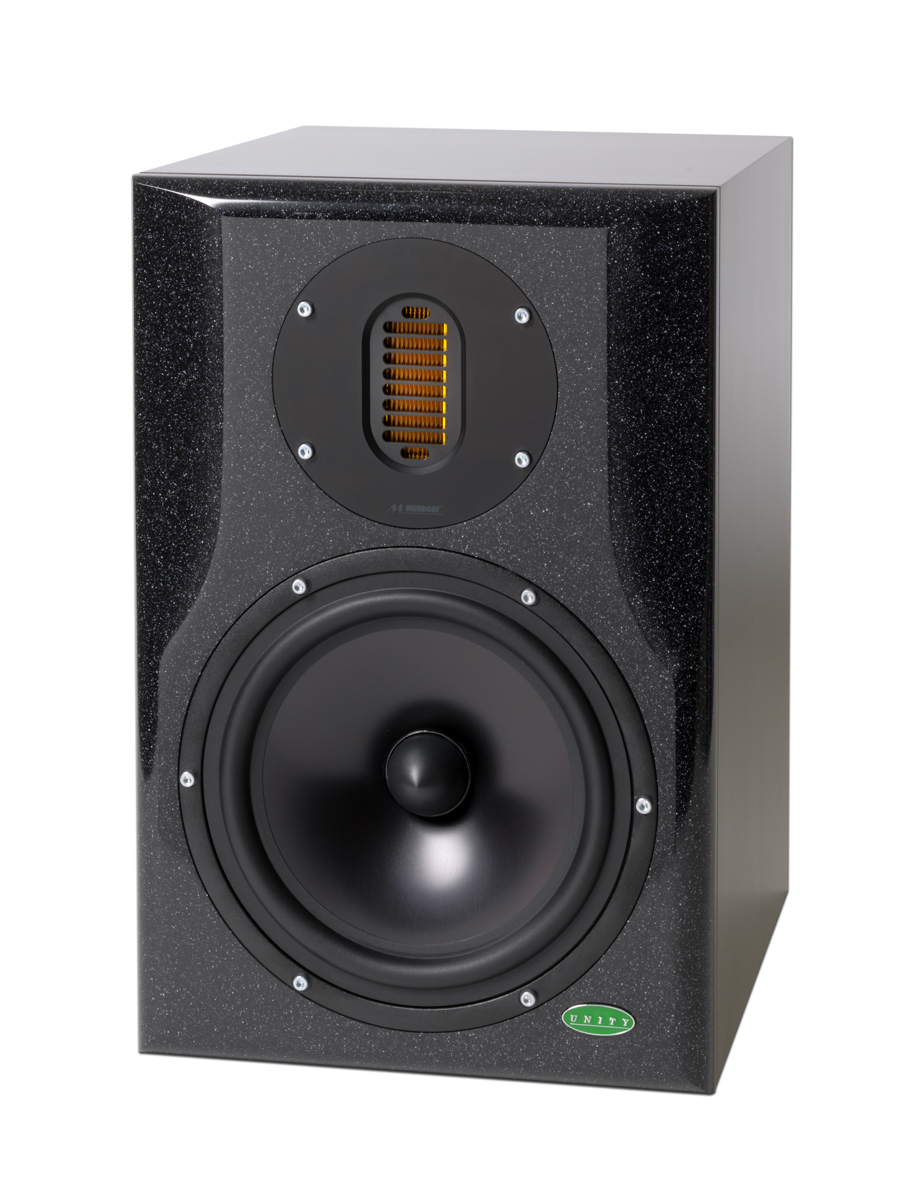 Unity Audio have announced the release of the Super Rock – a new flagship near/mid-field monitor. It will be exhibited at this year’s Messe. Read on for more info… 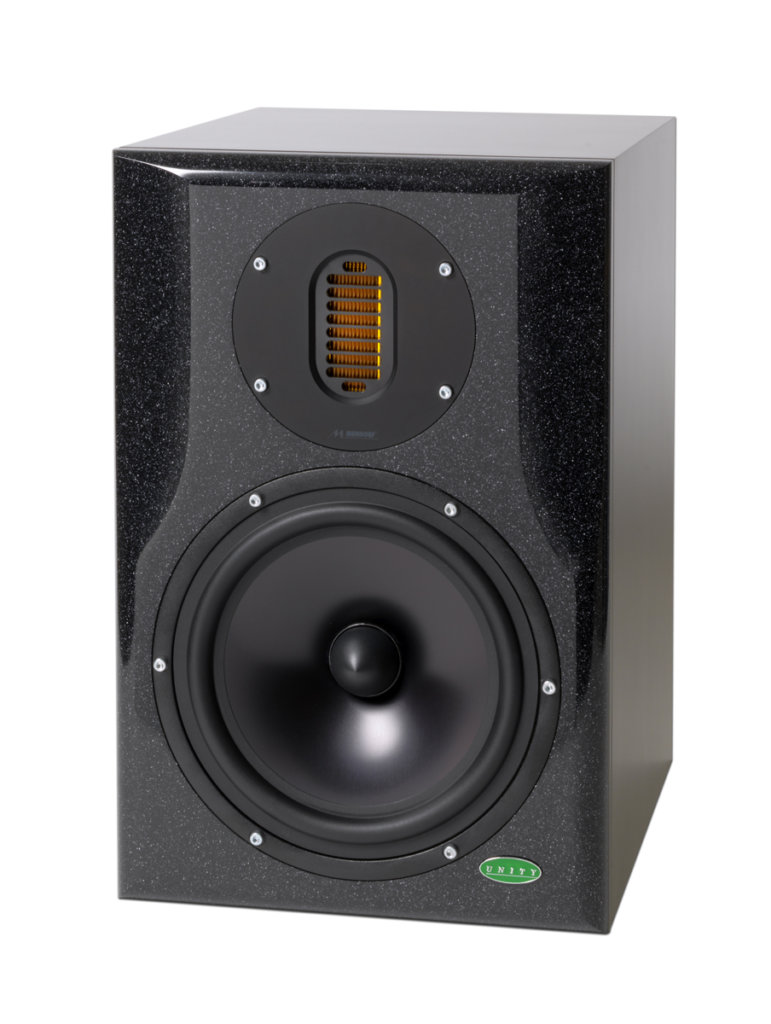 British loudspeaker manufacturer Unity Audio is proud to announce the release of The Super Rock – a new flagship near / mid-field monitor that heads up the Rock range of reference two-way active monitors, which starts shipping in June. The Super Rock starts out as a ?Rock MKII and turns every detail up to eleven! Every single component and parameter of The Rock has been analyzed in microscopic detail and improved whilst keeping the same 2-way design philosophy and convenient form factor. The Super Rock is quiet simply a landmark product that goes deeper, hits harder and retrieves even greater levels of resolution.

Starting with the drivers, the diameter of the bass driver up to 8” ( 220mm ), the same size as bigger brother, The Boulder. However a custom specification has been designed specifically matched to The Super Rock’s smaller sealed cabinet. The 8” ( 220mm ) SEAS custom aluminum woofer delivers amazing micro and macro-dynamics. The cone and the low loss rubber surround have been specifically designed to eliminate cone edge resonance and distortion typically associated with soft cones. The same long, high temperature voice coil as The Boulder provides super low distortion and very high power handling capacity.

Cabinet colourations are kept to a minimum with a redesigned Corian front baffle. Depth is up from 12mm to a huge 18mm with large radius edges to reduce reflections and improve imaging. Like The Rock MKII, The Super Rock features the same attention to detail and is made from 18mm, 9-ply Baltic Birch plywood rather than inferior MDF, typically used by our competitors.

“We raised the bar for the super rock, even greater resolution and detail while providing more SPL ?and bass extension. A beautifully and brutally honest monitor that’s perfectly suited for either demanding tracking or critical mixing.” states Kevin Walker MD of Unity Audio Ltd

Super Rocks are ideal as near or mid-field monitors and can be used in a 2.1 or 5.1 system configuration when partnered with an Avalanche Sub-woofer or used as rears in a Boulder 5.1 surround system due to their highly consistent sonic signature.

The Super Rock will be officially launched at Prolight + Sound 2015, Frankfurt, Germany, 15 – 18 April 2015. Please visit Hall 5.1 Booth A73. For more information about the product and further details of the Unity Audio range of active reference monitors please visit www.unityaudioproducts.co.uk

“ The Rock active monitor has been a huge success and has been adopted by some of the world’s best audio professionals,” concludes Kevin Walker. “We think the Super Rock is a great addition to the range perfectly filling the gap between near-field The Rock MkII and the larger 3–way mid-field Boulder MkII.”